The Grand Muster: Royalist Command for Victory Without Quarter

As a follow-up to the Grand Muster I had on my dining room table here are the command units for my forces in my Royalist English Civil War army.  As always they are mounted for the superb set of rules Victory Without Quarter. 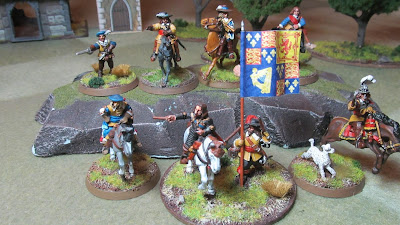 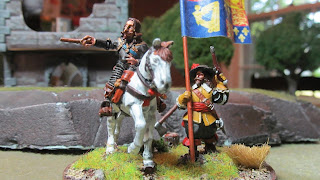 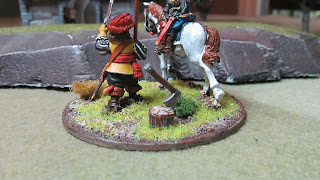 I had the axe in my bits box and I thought it would make a great "fore shadowing" for the vignette. 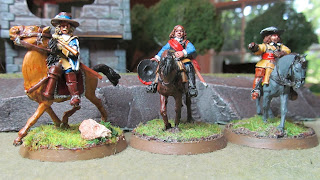 Brigade commanders for the Royalists.  On the left is Montrose from Warlord Games while the other gentlemen are from Perry Miniatures.  Montrose can conveniently be used from either side since the figure has no officer sash. 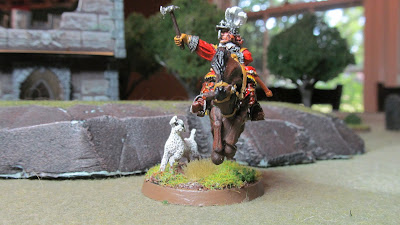 Prince Rupert of the Rhine and the War Poodle Boye. 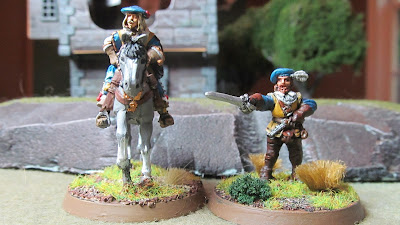 Lord Leven and Highland Chief.  Lord Leven is currently commanding my Irish Brigade and in the future he will command Covenant Forces if I get around to them.