Scenario and Forces: Save the Hobbits! 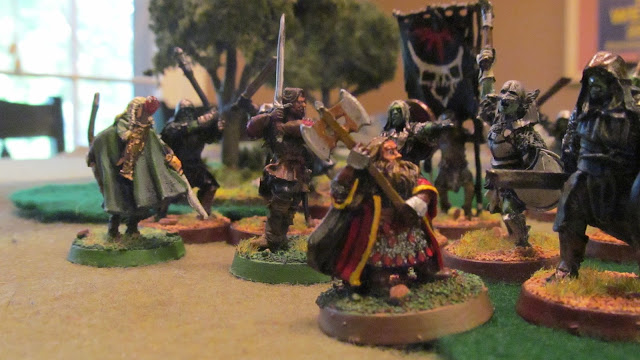 The Three Hunters cutting their way through the bad boys in black!

"Save the Hobbits (without the use of eagles, mind you)!" is a variation of Scenario B: The Sacred Mole of Ukkert from the Dragon Rampant Fantasy Wargaming Rules.  Instead of a sacred chest, the enemy has captured two hobbits who they suspect have the One Ring.  One of the beauties of Dragon Rampant is the ability to replicate any fantasy genre your heart desires.  I used the same special rules as outlined in the book allowing the hobbits to be rescued if the unit "escorting" the hobbits are forced to retreat as a result of an Attack.  Both the Attackers and Defenders will have 24 points to build their forces. 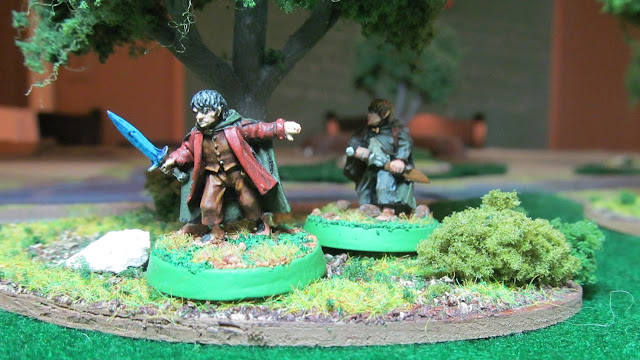 The hobbits Frodo and Sam . . . since they are the only hobbits I have they get to be captured.

The forces of the White Hand of Saruman will be the Attackers: 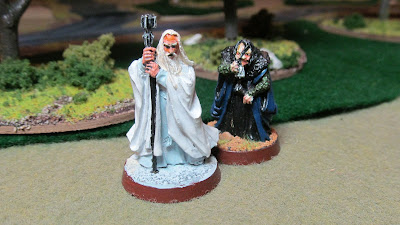 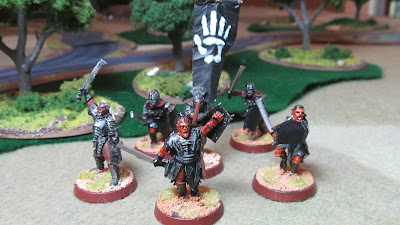 Slog's Sluggers: Heavy Foot
Special Rules: Wall of Spears. On a Move order move into base to base contact in open terrain.  Increases armor by 1 point against Attacks.
Points: 4

Oggugat's Awesome Orcs: Heavy Foot
Special Rules: Wall of Spears. On a Move order move into base to base contact in open terrain.  Increases armor by 1 point against Attacks.
Points: 4 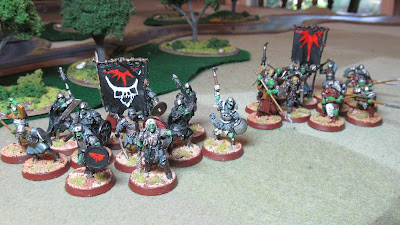 Slog's Sluggers on the left and Oggugat's Awesome Orcs on the right.

The Forces of the West will be the Defenders and will seek to rescue the hobbits:
Eomer's Troop: Heavy Riders, Leader
Special Rules: Counter-charge.
Options: Mounted missiles
Random Leadership Trait: Strong.  During Attacks the Leader's unit (whether attacking or defending) may reroll one failed hit die.  Cool.
Points: 5 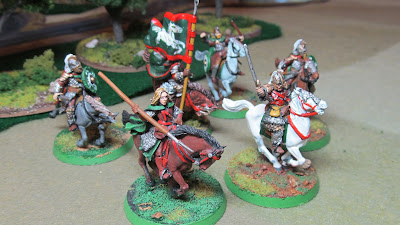 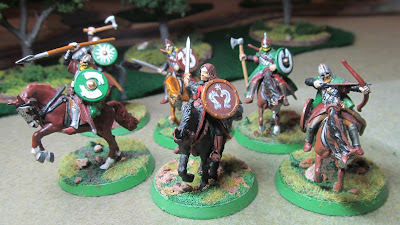 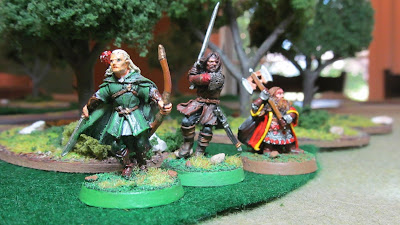 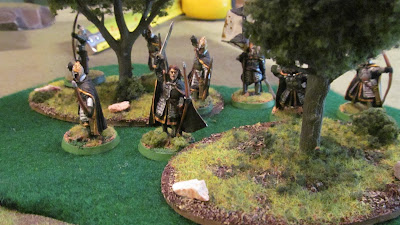 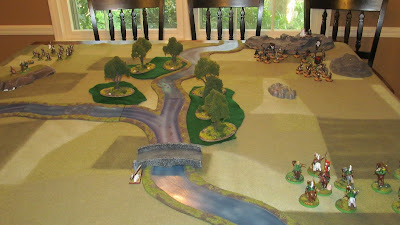 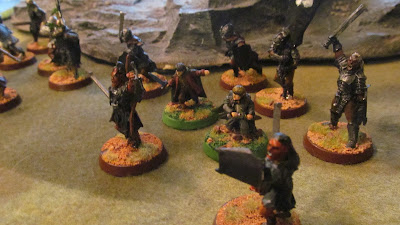 The hobbits are being held by the fierce Uruk-hai.

We find out why cavalry should not do frontal attacks against a Wall of Spears, that the Three Hunters go through Orcs like a hot knife through butter and will the Archers of Gondor every move? 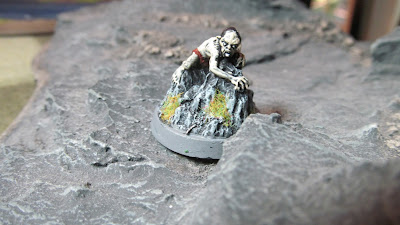