I blame Honorable Son #1 (The Librarian).  He had to read The Washing of the Spears.  So of course I had to reread it.  Then he sent me the Warlord / Empress Miniatures pack of the Hollywood version of the Heroes of Rorke's Drift.  Yep.  The bug had bit. Now I am full swing into the Victorian Age with In Her Majesty's Name and the soon to be delivered (it's on pre-order) The Men Who Would be Kings.

Since I have had more Highland regiments in miniature than ever existed in the entire British Army, it was inevitable that I painted the Gordon Highlanders for service on the Indian frontier.  My unit will be be a combination of Perry Miniatures and Artizan designs. 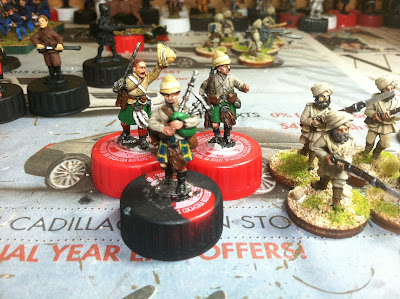 The command figures are from Perry Minatures Sudan line.  I was initially going with a base of green for the kilts and later changed my mind to blue.  I spent quite a bit of time trying to figure out how I would paint the khaki jackets.  Virtually every unit had their own shade of khaki but I wanted the Gordon's to have a darker jacket than my Sikhs.  For the jackets I finally decided on a base using GW's Baylor Brown and then highlights with Vallejo Green Ochre. 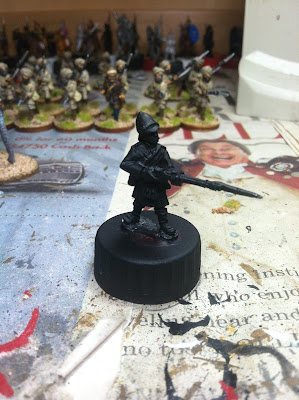 The rank and file for the unit will comprise of hearty Scotsmen from Artizan Design's Second Afghan range.  The figures will be from NWF0025 Highlanders Advancing and NWF0029 Highlanders at Ready.  99.99% of the time I prime my figures black. 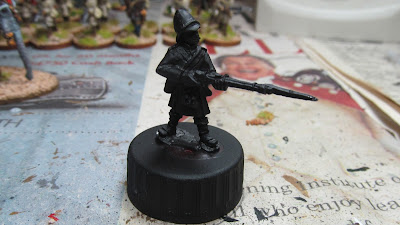 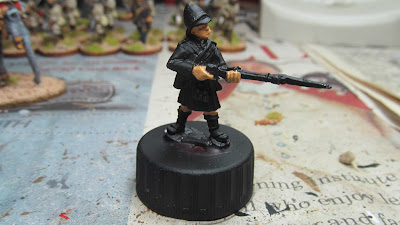 Face and other skin areas are painted with Vallejo Dark Flesh. 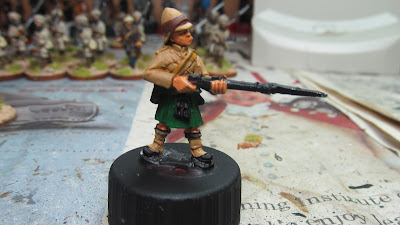 The helmet is painted with a base of Vallejo Flat Brown, then Green Ochre.  As mention earlier the jacket is given a base of GW Baylor Brown and then highlighted with Green Ochre. 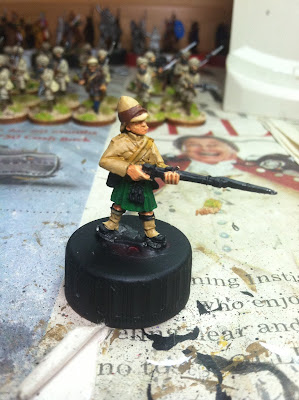 The above figure is still when I was going to use a base of green for the kilts before I decided on blue.  The puggaree on the helmet will be painted Buff.  The spats over the boots were painted Green Ochre. 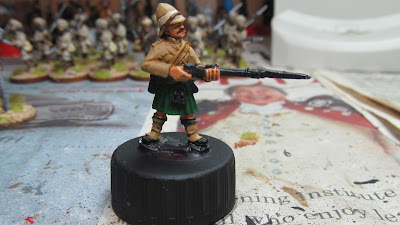 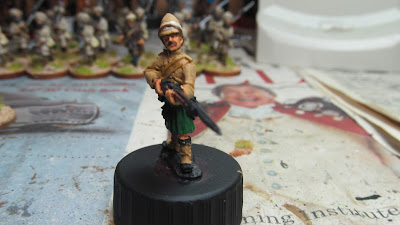 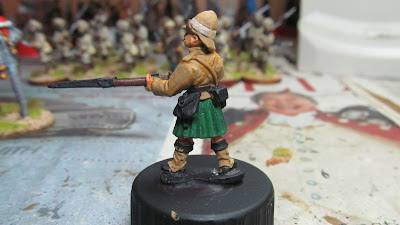 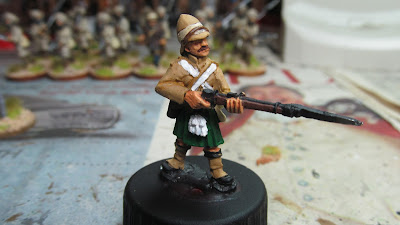 Straps and sporran painted Flat White and the rifle Flat Brown.  The pouch is painted buff. 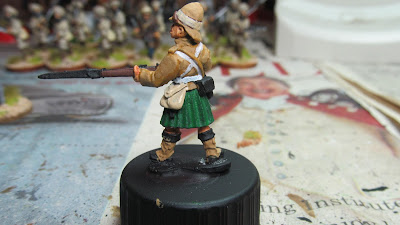 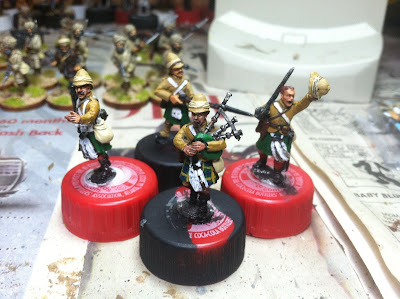 Everyone has the same jacket and helmet color now!