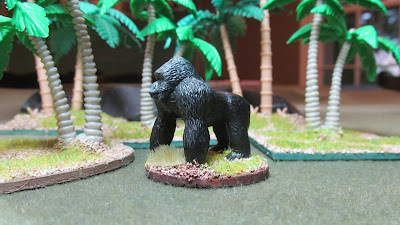 "Kerchak was a huge king ape, weighing perhaps three hundred and fifty pounds. His forehead was extremely low and receding, his eyes bloodshot, small and close set to his coarse, flat nose; his ears large and thin, but smaller than most of his kind."

The Mangani is the name of a fictional species of great apes in the Tarzan novels of Edgar Rice Burroughs, and of the invented language used by these apes. In the invented language, Mangani (meaning "great-ape") is the apes' word for their own kind, although the term is also applied (with modifications) to humans. 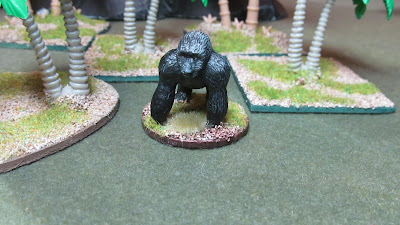 "In many ways did he (Tarzan) differ from them, and they often marveled at his superior cunning, but in strength and size he was deficient; for at ten the great anthropoids were fully grown, some of them towering over six feet in height, while little Tarzan was still but a half-grown boy." 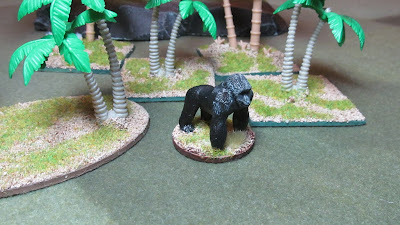 My mangani is a actually a plastic toy I spotted in a package of toy African animals at Hobby Lobby. For the cost of a metal gorilla, I know had a group of animals for some future adventures.  After spray painting the toy black, I did some quick dry brushing with white and gray and it literally took me about 15 minutes to have a suitable figure for gaming. 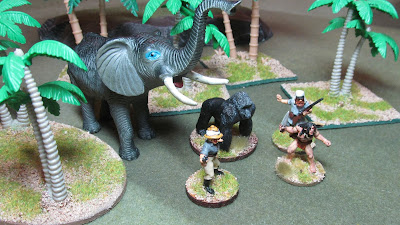 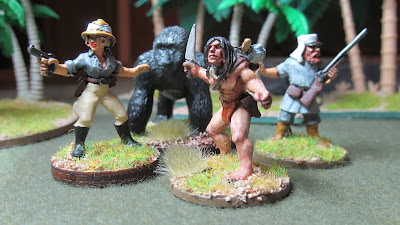