Continuing on with pictures I took at Shiloh National Military Park during a recent visit with Honorable Son #5. 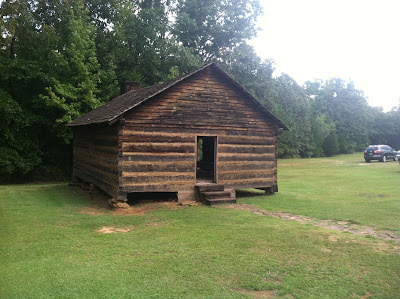 A reconstruction of Shiloh Meeting House, the log Methodist Church that gave the battle its name. The original Shiloh Meeting House - a one-room log structure with rude handmade furnishings - was built by the Southern Methodists about 1853, nine years after the church had split over the slavery issue. It is from this unassuming structure, whose name ironically translates to "place of peace," that the battle would derive its name.  There is a modern church, completed in 1949, that stands on the site of the original church. The reconstructed log church was built in 2001 and is just to left of the modern church as you face the entrance. 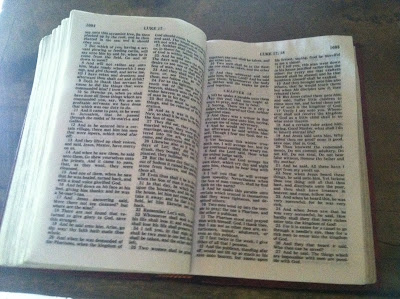 Bible turned to the Gospel of Luke located in the reconstructed Shiloh Meeting House.

Located in and around the Shiloh Meeting House is a cemetery that is still in use.  Honorable Son #5 and myself wandered around and found some fascinating graves of former Confederate Soldiers and their descendants. 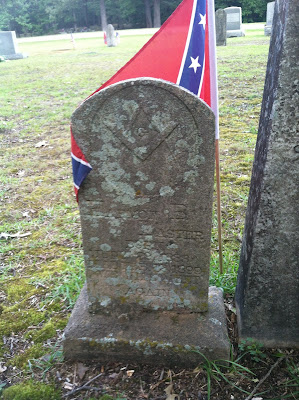 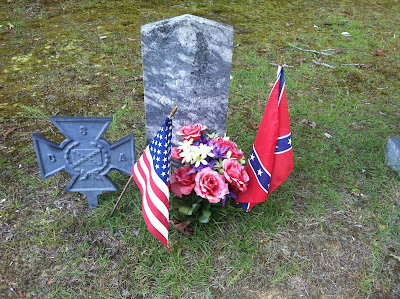 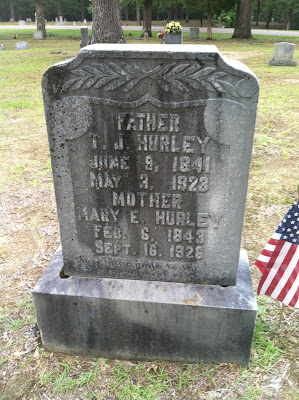 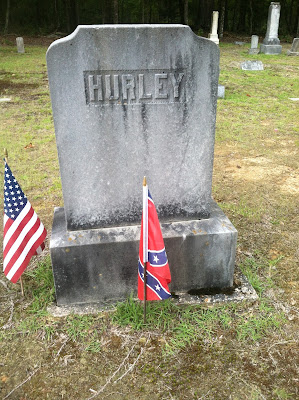 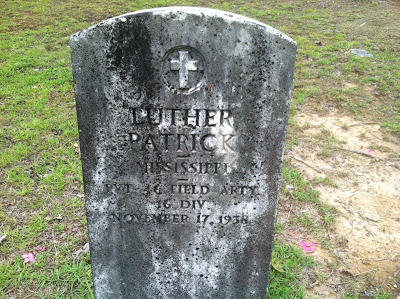 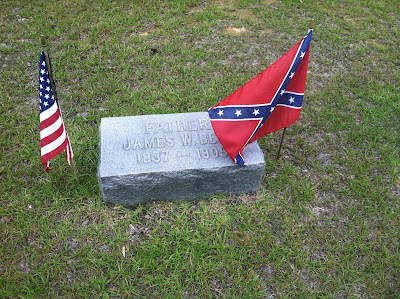 There are five known mass graves where many of the 1,728 Confederate dead were buried.  The Shiloh veterans of both sides who helped mark the battlefield considered these graves important aspects of battle history. 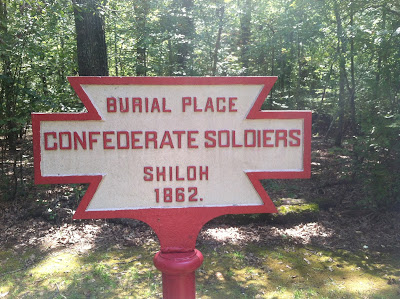 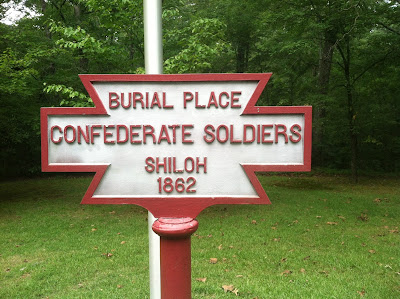 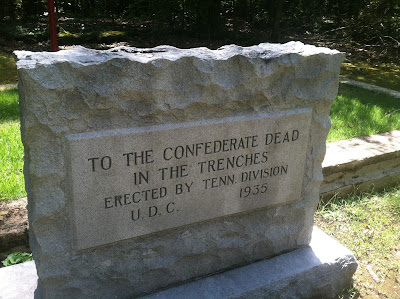