Images from Shiloh: The Mounds

Another part of American History is the location at Shiloh National Military Park of Mississippian Culture Indian Mounds. About 800 years ago, a town occupied the high river bluff at the eastern edge of the Shiloh plateau.  Between two steep ravines, a wooden palisade enclosed seven earthen mounds and dozens of houses. 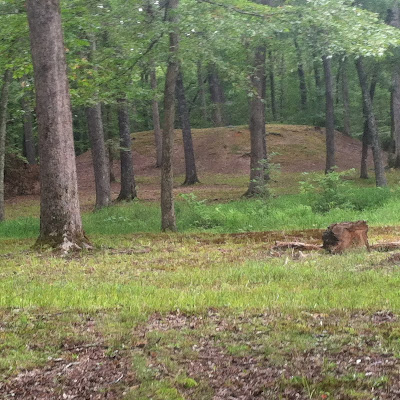 Six mounds, rectangular in shape with flat tops, probably served as platforms for the town’s important buildings. These structures may have included a council house, religious buildings, and residences of the town’s leaders. The southernmost mound is an oval, round-topped mounds in which the town’s leaders or other important people were buried. 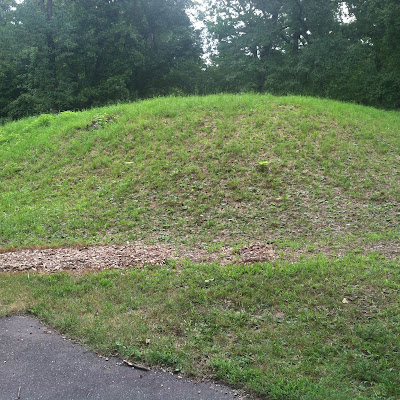 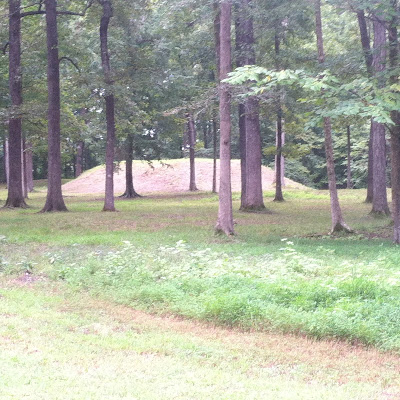 This town was the center of a society that occupied twenty-mile-long stretch of the Tennessee River Valley. Around A.D. 1200 or 1300, inhabitants moved out of this part of the Tennessee Valley, perhaps to upriver locations now submerged under Pickwick Lake. Since the Shiloh society disintegrated several hundred years before there were written records to tell us who they were, it is not clear whether or how the Shiloh residents were related to later societies like the Choctaw, Chickasaw, or Creek. 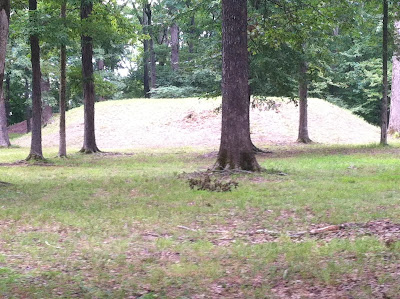 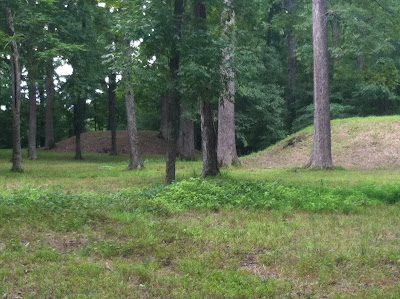 The First Archaeological excavation at Shiloh took place in 1899 when Cornelius Cadle, chairman of the Shiloh Park Commission, dug a trench into “Mound C.” There, he found the site’s most famous artifact, a large stone pipe carved in the shape of a kneeling man. Now on display in the Tennessee River Museum in Savannah, Tennessee, this effigy pipe is made of the same distinctive red stone and is carved in the same style as a number of human statuettes from the Cahokia chiefdom, located in Illinois near St. Louis. 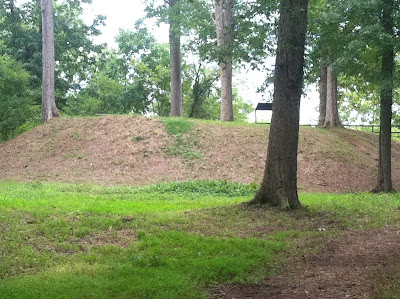 Survey work in the winter of 1933-34 revealed numerous small, round mounds at the Shiloh site, each about one foot high and ten to twenty feet in diameter, the remains of wattle-and-daub houses. These structures had walls of vertical posts interlaced with branches (wattle), which were then coated with a thick layer of clay (daub). Each house had a fireplace in the center of the floor. A palisade wall, also made of wattle and daub, protected the site. 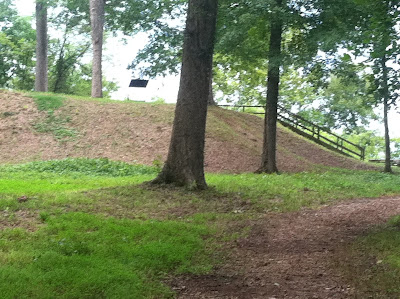 The early inclusion of the mounds area within the boundary of the national military park has protected the site from any modern use. Because the Shiloh site has never been disturbed by the plow, the daub of collapsed walls still stands as low rings or mounds. 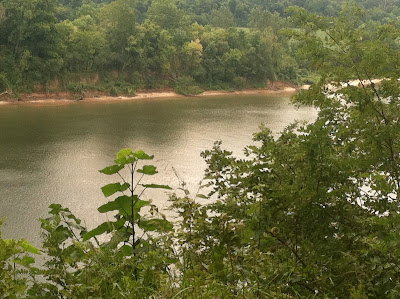 Shiloh is one of the few places in the eastern United States where the surface remains of prehistoric houses are still visible. 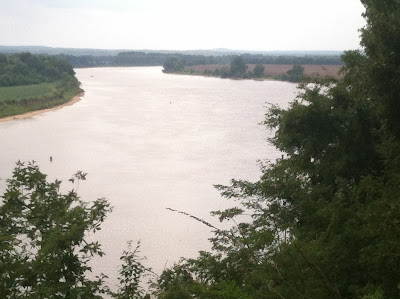 View from the largest mound overlooking the Tennessee River.