I don't particularly care for the story background of the Warhammer 40K "universe" but they sell some pretty good figures that are fun to paint. In fact, their Space Marines are the neatest (did I just use that word?) types of armored infantry out there - even with some of the silliness they add to the figures. Nothing like having robes and medallions hanging from your battle armor to get in the way and trip you up during a close quarters boarding action in vacuum . . . but I digress.
The Imperial Guard Infantry are the mass conscript, cannon fodder of the Imperium - not as cool or well paid as the Space Marines. But then again, the Space Marines have to have more skulls and silliness on their uniforms than the Imperial Guard.

First up, the boss. As Napoleon said, "There are no bad regiments, only bad colonels." Here's my colonel: 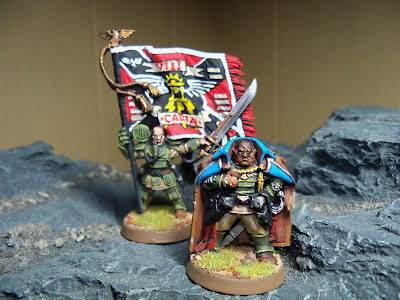 According to GW, this is Lord Castellan Ursarkar Creed and Sergeant Jerran Kell . . . yeah, whatever. I just call him The Colonel and the guy with the flag. 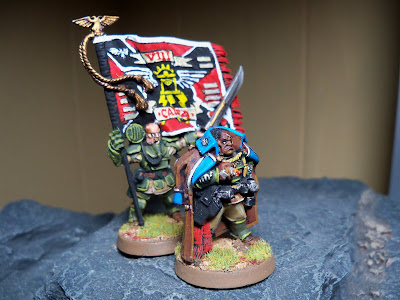 For The Colonel's jacket, I thought a good ole' fashioned brown jacket with U. S. Army Infantry blue would do the trick. 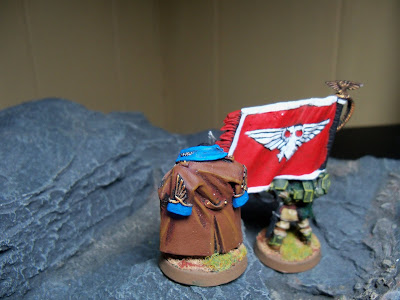 Why a flag on a futuristic battlefield? Well . . . I like flags. 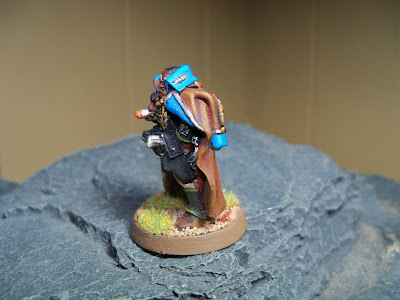 To me this is another figure that screams "character". The lit cigar is a nice touch.

Now what mass conscript army on a planet who knows where wouldn't want a political officer along for the ride? This is GW's Commissar Yarrick, an old commissar brought out of retirement to help fight the Space Ork menace. In fact, he got the claw from a space ork (don't ask). 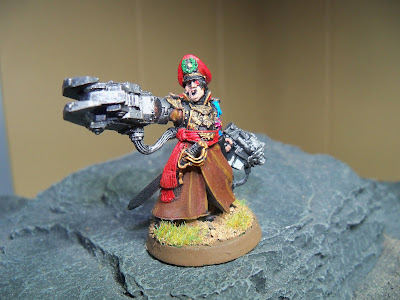 With his claw, Yarrick is also in charge of maintenance. 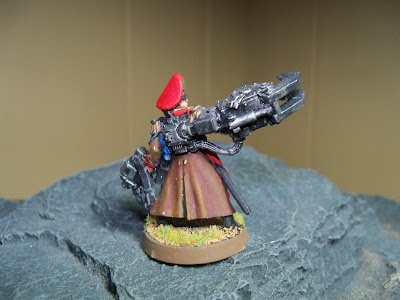 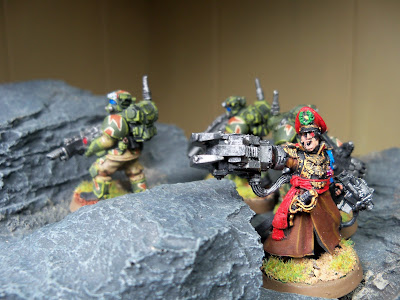