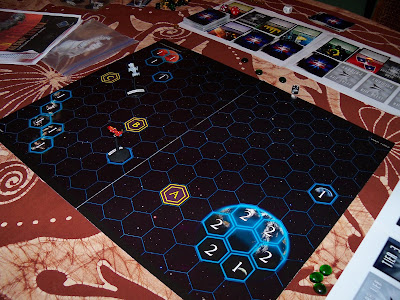 Games are supposed to be fun; that's why we call them games. I have found a fun game. Well, actually, the game found me. Dog Fight: Starship Edition (http://www.dogfighttcg.com/) is a collectable card game with a table top/miniature component.

I have recently joined a new small group at church and to my surprise, there is a game designer in the group! Michael Fox is the designer of Dog Fight: Starship Edition and he offered to come on over to my house and demonstrate the game. Involved in the play test was myself, Michael, Honorable Son #5 and new acquaintance Jim Abernathy. I loved the game.

The game is played on a hexagonal star map which is available for free as a downloadable PDF file from http://www.dogfighttcg.com/. And did I mention that the rules are also free? Each player controls a star ship (I commanded the mighty, but slow, FAS Intrepid) and has a card for the ship that provides the movement, attack, hull strength and the amount of "energy" the ship starts with. 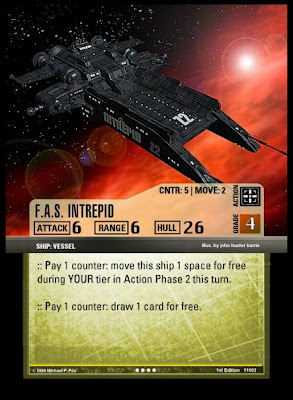 Players have cards that can customize their ship; e.g., special weapons, more armor, engineering crews to repair damage, etc. and a deck of cards that drives the actions and events in the game. 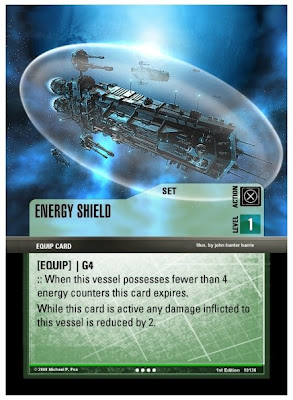 Players can have up to 10 cards in their hand that they "deploy" during "tiers" that allows the ships to attack, move or allows them to draw more cards or energy. 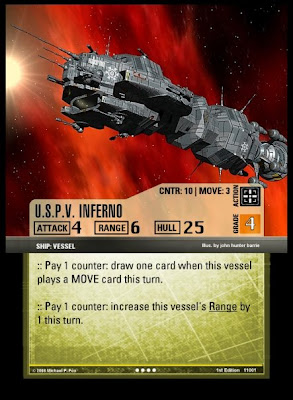 I downloaded the rules ahead of time and it took Michael about 10 minutes to review the basic game outline. Honorable Son #5, who is 9, was able to grasp the rules and concepts immediately and came close to winning the first game. The game is easy to learn but hard to master! With the combination of cards and the ability to customize your deck, each ship has tactics and techniques it can employ to defeat it's opponents. 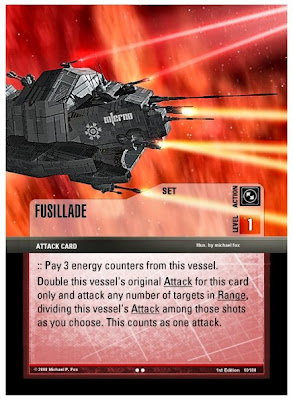 Though the game is easy to learn, it is challenging and engaging for adults (do I move in close now and use my torpodos doubling the damage against that enemy ship . . . or should I hide behind that planet, repair my ship and launch the less powerful) missiles? Since the first game on 11/13/10, my son and I have played a 5 games. With two players, each game takes about 30 minutes. The game also has advanced rules (fighters, space stations) and optional rules that increase the difficulty of the game. 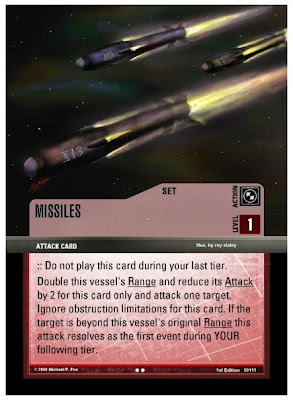 There is a great video review of the game here: http://dogfightccg.blogspot.com/2010/09/video-review.html. Currently there are 6 one ship starter decks that are $8.00 US Dollars, 2 ship packs for $12.00 US Dollars and various other combinations available through the website. One aspect I like is the ability to build your own booster pack. Who wants to keeping on buying booster packs trying to get the one card you want? 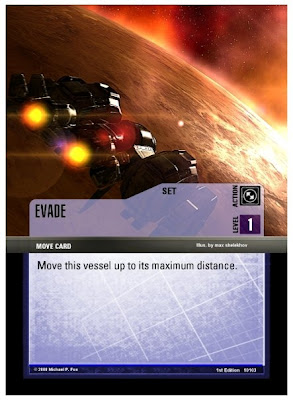 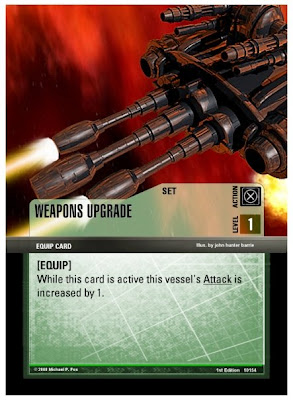 The graphics are excellent, the game mechanics smooth, and it neatly combines with miniature gaming. What more could you ask for? 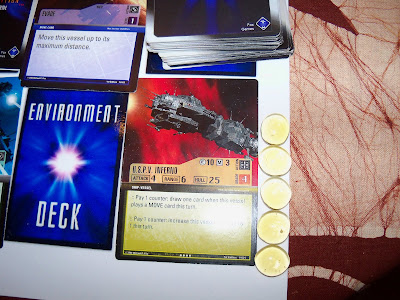 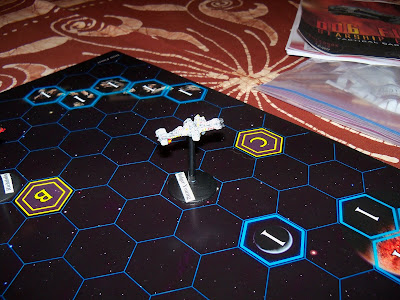 We played the game using miniatures from Games Workshop. The game can work with any miniatures set.
Posted by Neil at 12:00 AM