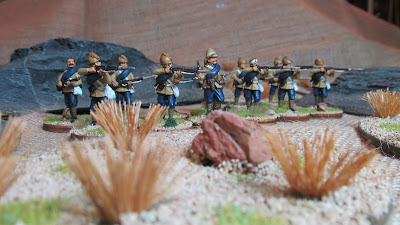 Huzzah!  The last unit for my British Army Field Force for The Men Who Would be Kings is complete.  I've been basing my Field Force on units that fought in the Second Afghan War and next up is the 67th (South Hampshire) Regiment of Foot. 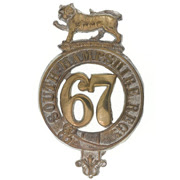 The 67th deployed to India in 1805 and stayed in India until 1826. So long was this deployment that on its return to England it was granted the honor of a tiger sleeve badge. The next three decades saw the regiment garrisoning Ireland, Gibraltar, the West Indies, Canada and England. 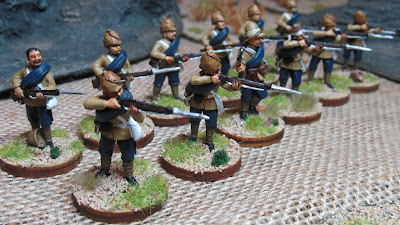 In 1858 the regiment returned to India, moving on to China in 1860, where it fought in the Second Opium War (1857-60). Four members of the regiment won the Victoria Cross during the capture of the Taku (or Peiho) Forts (1860). The 67th also participated in the subsequent capture of Peking (1860). 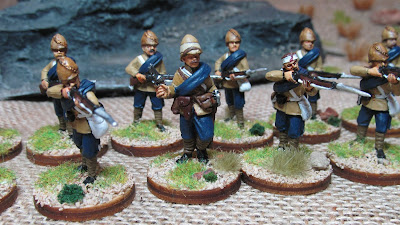 Officer from Artizan Designs and other ranks from Perry Miniatures.
In 1864 the 67th deployed from Shanghai to Japan to defend the British legation at Yedo, which was then under attack from anti-western forces. The regiment then moved to southern Africa for a year in 1865 and to Britain from 1866 to 1872. 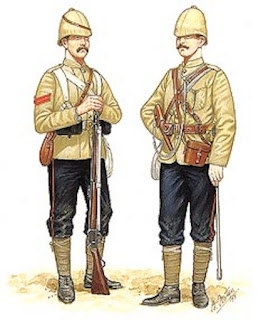 The image I used as a guide for painting the unit.

Its next overseas posting was to India in 1872. This deployment included four years in Burma and service in the Second Afghan War (1878-80) where it fought at Charasiah (1879) and Kabul (1879). It was still in India in 1881 when it was merged with the 37th (North Hampshire) Regiment of Foot to form The Hampshire Regiment. 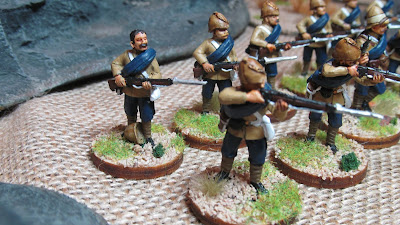 In addition to rounding out my British Army Field Force for The Men Who Would be Kings they will also enthusiastically participate in the ongoing adventures with In Her Majesty's Name. 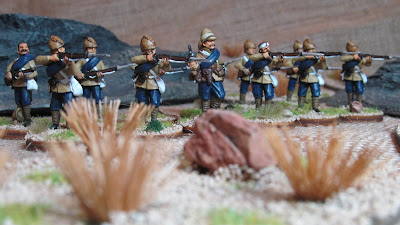