With the addition of rules for Correspondents in The Men Who Would be Kings, of course we would have to send our own representative to cover Her Majesty's forces. 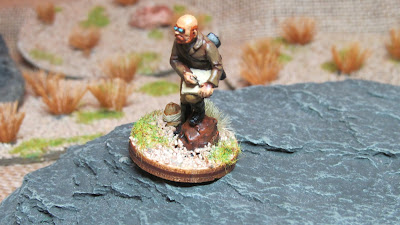 Melton Prior (12 September 1845 – 2 November 1910), was an English artist and war correspondent[ for The Illustrated London News from the early 1870s until 1904. Prior was one of the leading illustrators of late Victorian Britain, noted for his ability to quickly sketch scenes. His pencil sketches were sent back to London where they were re-drawn by studio artists and engraved on wood-blocks for printing in the Saturday issues of the Illustrated London News. 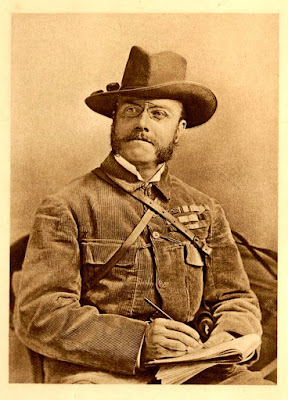 Prior was born in Camden Town, London, and studied under his father, William Henry Prior (1812–1882), a landscape artist, painter and illustrator. In 1873, he was contracted by the Illustrated London News to travel to West Africa to cover the Ashanti War. This was followed by covering the fighting against the Carlists in Spain before heading to eastern Europe where Prior sketched the events in Herzegovina and the Russo-Turkish War. 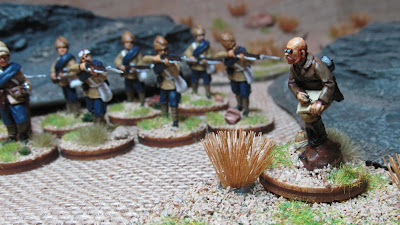 In 1879, Prior traveled to Durban to report on the Zulu War which had just broken out. While he missed the events at Isandlwana and Rorke's Drift, he did witness subsequent actions including the final Battle of Ulundi He was also with the group who discovered the body of the Prince Imperial. Although Boer farmers had assisted the British in the war against the Zulus, they resented the encroachment by English farmers and industrialists on their lands, and sought the independence of the Transvaal and Orange Free State. Following the breakdown of negotiations, hostilities broke out, and Prior witnessed the aftermath of the British disaster at Majuba Hill. 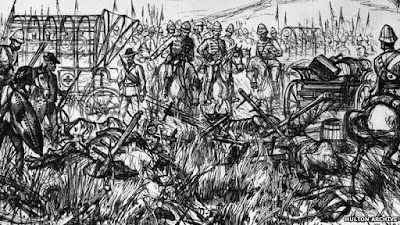 Aftermath of Isandlwana
The following year, Prior found himself offshore on a Royal Navy ship during the bombardment of Alexandria. Later, he accompanied the British forces under General Sir Garnet Wolseley on the expedition down the Nile which culminated with the destruction of the Egyptian Army at Tel-el-Kebir on 13 September 1882. In 1884-85, he accompanied the relief expedition for General Charles Gordon and was present at the Battle of Abu Klea in the Sudan. 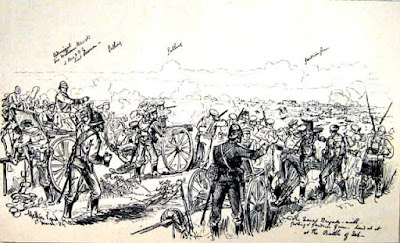 A Melton Prior sketch from the Sudan.

Following the events in Sudan, Prior was sent to the Far East to cover the operations in Burma. The mid-1890s found him back in South Africa, covering the failed Jameson Raid, the Matabele uprising and the subsequent Boer War, although he also covered the campaign in the Tirah on the North-West Frontier of British India in 1897. During the fighting against the Boers, Prior found himself besieged at Ladysmith. 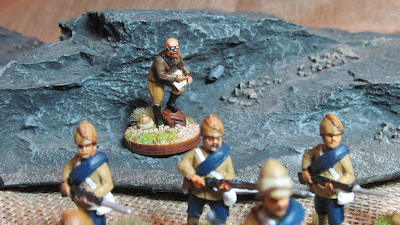 Melton is a Perry Miniatures figure from their Newspaper Correspondents pack.

Prior's last campaigns were the Somaliland Expedition of 1903, and the Russo-Japanese War of 1904-1905. He died in London on 2 November 1910. His body was buried at Hither Green Cemetery. A monument to Melton Prior with a bas-relief portrait exists within the crypt at St Paul's Cathedral in London.

Rules:  Reporters, witch doctors, and holy men: Add as an extra model in the unit. For every enemy unit removed from play by this unit while this character is present, the player gains +1 victory point. If this special character is killed or the unit is removed from play, the player suffers -4 victory points. Does not count as a model in the unit for combat or morale purposes. Adds 2 points to a unit’s cost, and a player may only field one such model in a Field Force.
Posted by Neil at March 04, 2017

Email ThisBlogThis!Share to TwitterShare to FacebookShare to Pinterest
Labels: Colonial Gaming, In Her Majesty's Name, Perry Miniatures, The Men Who Would be Kings, Victorian Sci Fi