Naval Brigade in the Sudan

Within the Royal Navy, a naval brigade is a large temporary detachment of Royal Marines and of seamen from the Royal Navy formed to undertake operations on shore, particularly during the mid- to late-19th century. Seamen were specifically trained in land-based warfare at the gunnery school at HMS Excellent in Portsmouth. 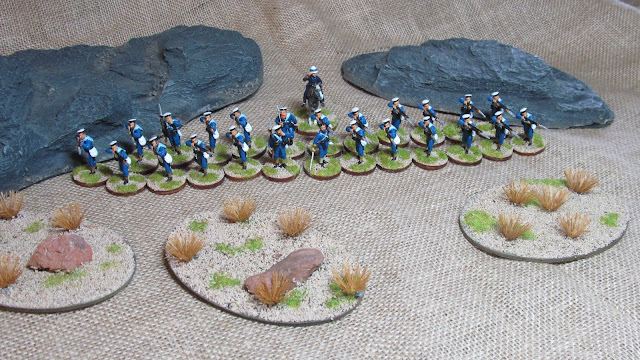 In the Sudan theater the Naval Brigade fought in the following campaigns: 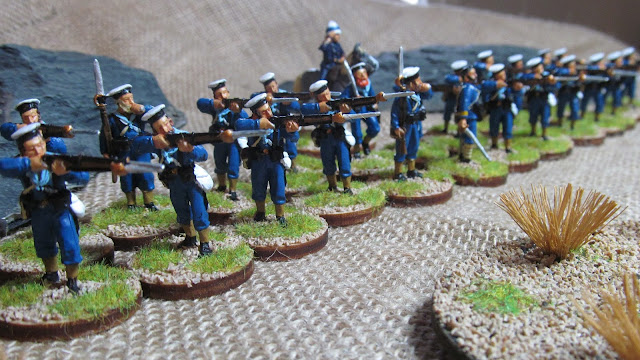 If you get tired of all of the khaki and grey - just add some blue jackets to your field force. 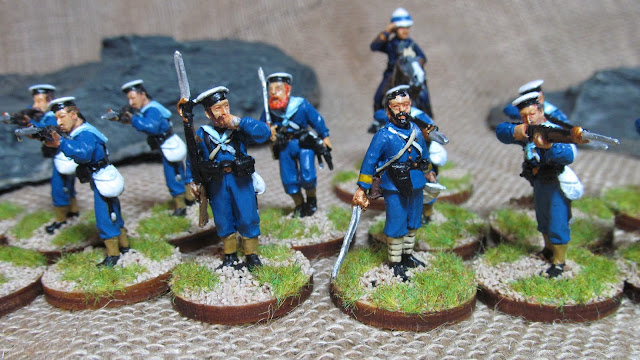 Naval Brigade miniatures by Perry Miniatures from their Sudan range. 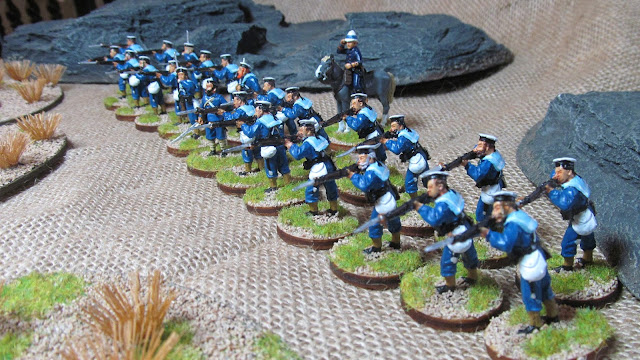 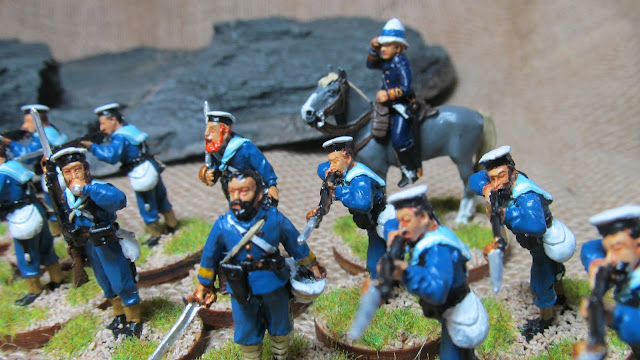 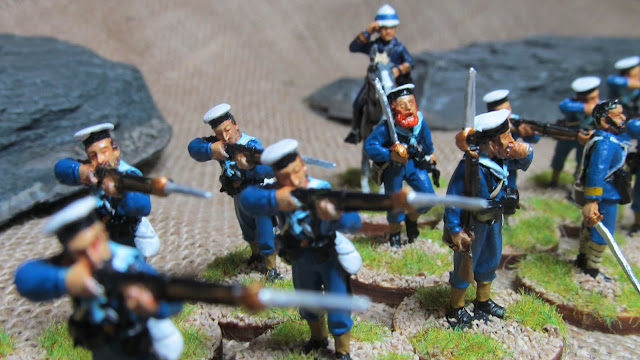 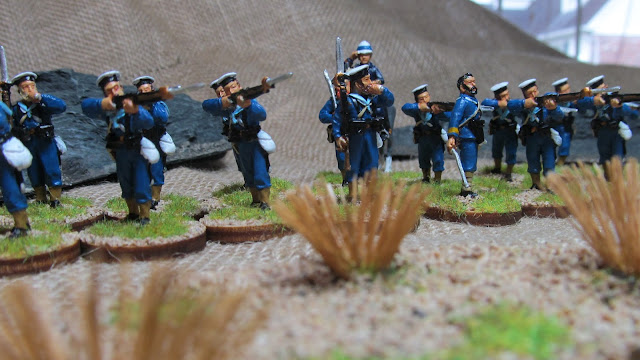 Email ThisBlogThis!Share to TwitterShare to FacebookShare to Pinterest
Labels: British Colonial Forces, Colonial Gaming, In Her Majesty's Name, Perry Miniatures, The Men Who Would be Kings, The Sudan, Victorian Sci Fi