IHMN: The War of the Witches Season Two

The War of the Witches is a series of adventures that take place in the fictional Victorian Universe of the the late 19th Century using the versatile rules In Her Majesty's Name. In Season Two, Sherlock Holmes starts to deduce that there may be more than meets the normal realm of human speculation. Other nations and factions start to move; or are they being manipulated by unseen forces both human and alien? 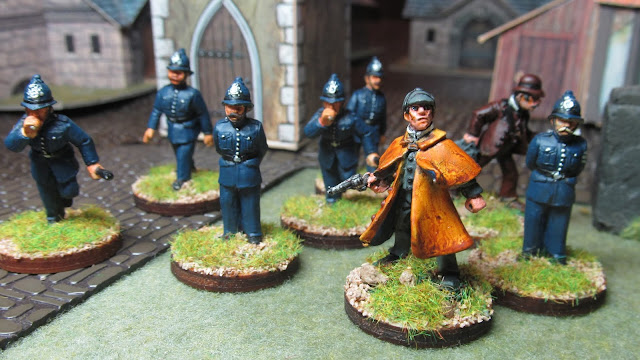 Season 2. Episode 201: The Long Arm of the Law.
Rumors start to abound at the upper reaches of the government and with "those" in the know during troubled times among the major powers. Mysterious happenings and sightings of strange creatures disturb the good folk of the countryside. Mr. Sherlock Holmes is convinced based of nefarious powers and villains seeking to disrupt the very foundations of the Empire. His brother Mycroft is not revealing information under the Official Secrets act to Sherlock. Holmes is frustrated with the "go it alone and act before thinking" of Teddy Roosevelt. The world's greatest consulting detective and his able companion the doctor have their hand's full but are able to convince the Metropolitan Police commissioner of the most famous police force in the world, Scotland Yard that something is amiss.  Holmes and Watson travel to North Piddle and consult with the Caretaker of the British Museum Annex located in North Piddle. 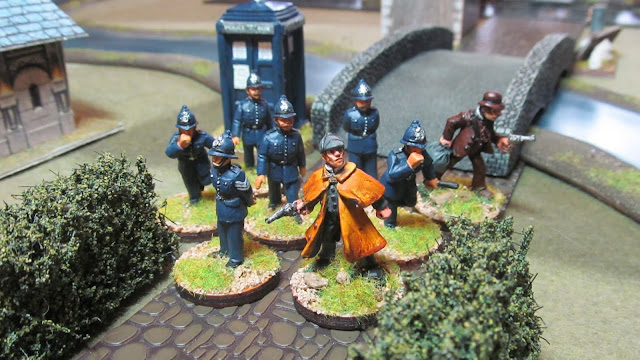 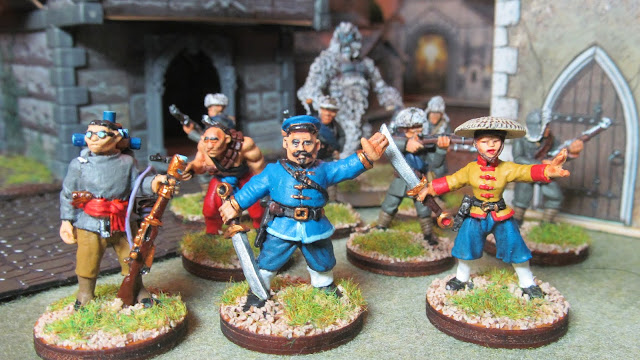 Gulwalgiya Ronglu is a Manchu statesman and general of the Chinese Imperial Army. Born into the powerful Gulwalgiya clan of the Plain White Banner in the Eight Banners, he is also a cousin to the the Empress Dowager Cixi. He has served in a number of important positions in the Imperial Court and was most recently the commander in charge of military security of the Forbidden City. 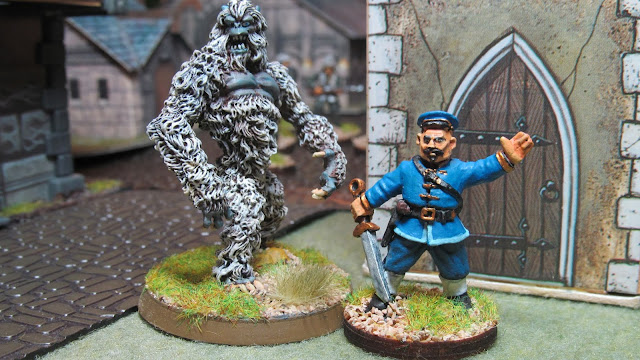 He is particulary concerned about the increase of unexplained phenomenon and holds the Western powers in upmost suspicion.  General Ronglu has begun to build the first modern infantry military force of the Manchu Empire. As a favorite of the Dowager Empress, he has access to modern technology and other "exotic" resources. Ronglu is not sympathetic toward the Boxers as he feels it is not time to move against the Western Powers. He is not on good relations with the leader of the Black Dragon Tong, the Dragon Lady, but cooperates with her so as not to antagonize the Dowager Empress. Though appearing to be "hefty" Ronglu is a master of armed and unarmed combat and is dedicated to free China from the influences of the foreign devils. 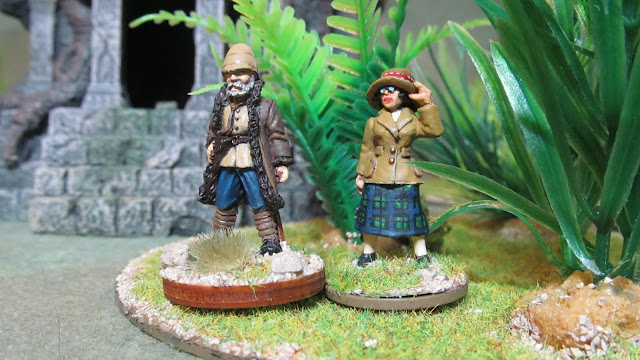 Coira Armstrong is the daughter of Colonel Dugald Armstrong, VC, DSO, and she accompanied her father to a remote military outpost on the northern frontier of India where she was instrumental in putting down the rebellion of the notorious Khoda Khan. 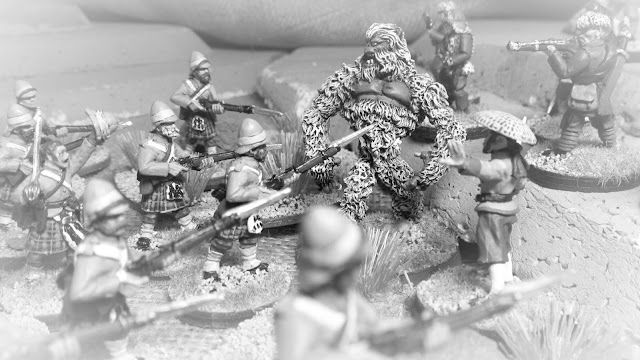 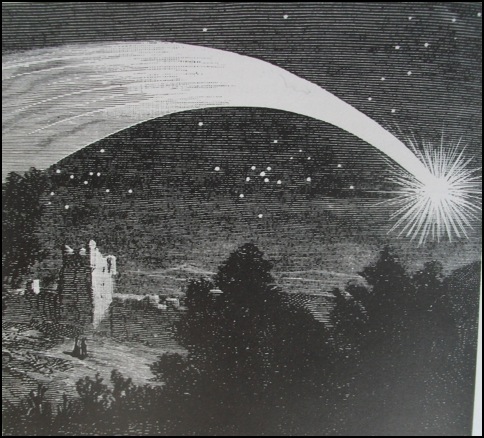 The village of North Piddle is a small civil parish in the Wychavon district of Worcestershire, England.  North Piddle was named after Piddle Brook, on which it stands, and has approximately 200 inhabitants. On December 17, 1890 there was an earthquake in the region that "exceeded in violence any previous instance of seismic energy there within the present century".  The earthquake was preceded by a loud roar "as of thunder" or "a rushing mighty wind", and residents whose windows were facing north saw a "great light", which some attributed to a large meteor. The meteorite was carefully analyzed by both British and French authorities and they concluded that an extraterrestrial origin was likely. 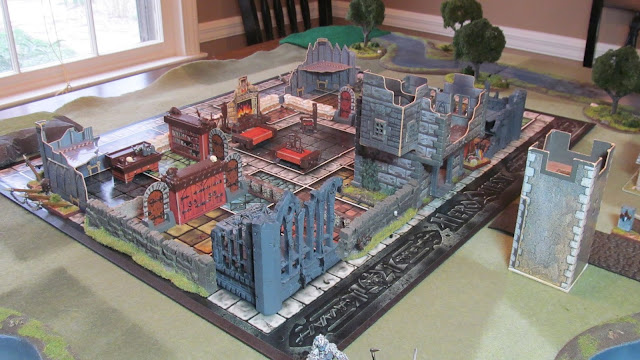 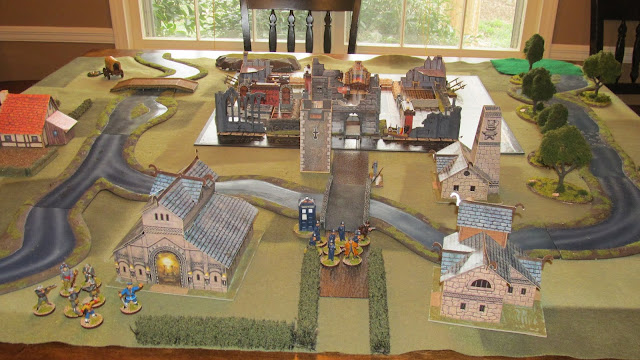 The outskirts of North Piddle 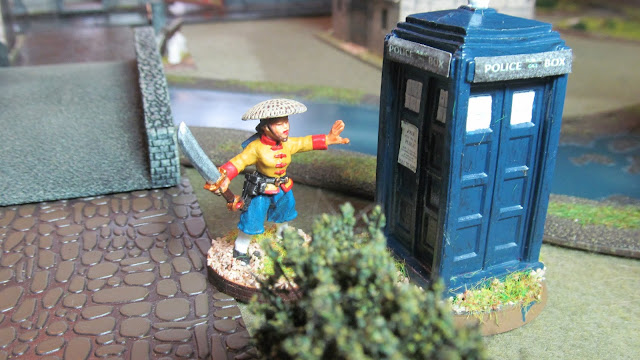 "What the . . . ?"  Yi Niu, greatest swords woman of China, discovers a strange structure as she races ahead as the vanguard of General Raglan's company.

The secret war has come to North Piddle. The Witch King is looking for the lost shield of Perseus while General Raglan is seeking a high efficiency electro-magnetic coil - both of which are located within the ruined Nightengale manor near the village of North Piddle. 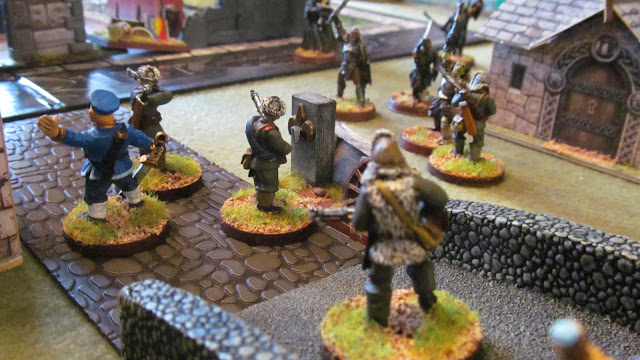 Yi Niu, greatest swords woman of China, successfully recovers the electro-magnetic coil while the Witch King is stopped in his attempts by a mysterious mummy protecting the manner and chooses neither side. 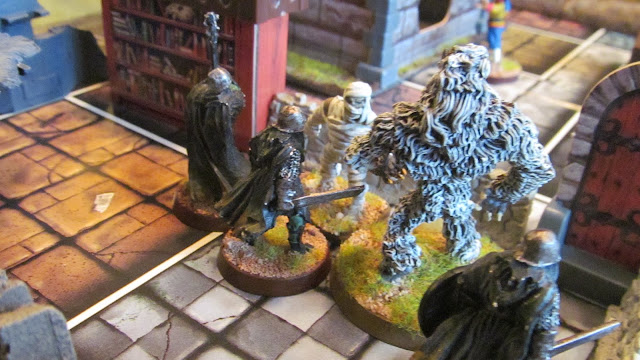 General Raglan and The Witch King have one of the famous sword fights of the century.  Raglan was surrounded, slew many of the Witch King's troglodytes but was felled by a sword  most foul and cursed and was rushed from the battlefield to heal. 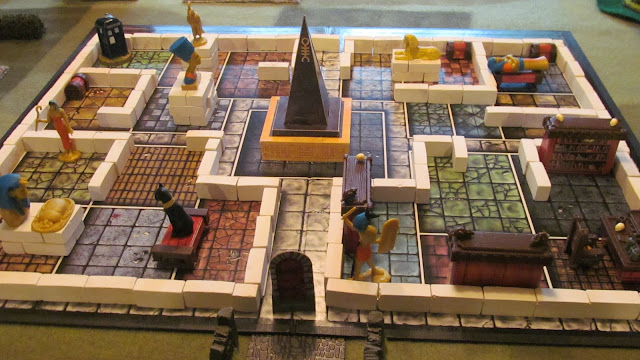 Having recovered from his encounter with the Witch King, General Ranglu has decided to kidnap the mysterious Caretaker of the British Museum Annex since he is a Doctor and nobody knows Who he is.  In addition the ancient scroll of Tie Sung is in the annex stolen by the British Imperialists.  Mr. Sherlock Holmes, aware of the plot, contacts Teddy Roosevelt to gather a force while Holmes gathers the forces of Scotland Yard. 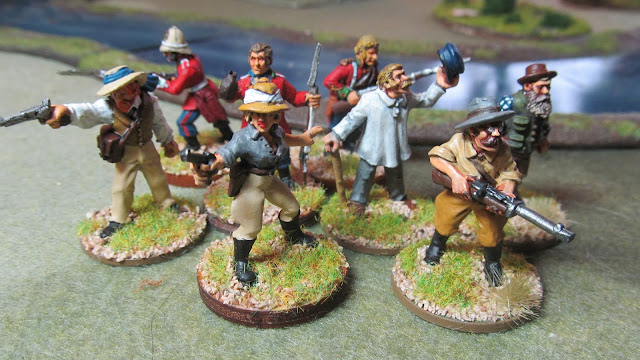 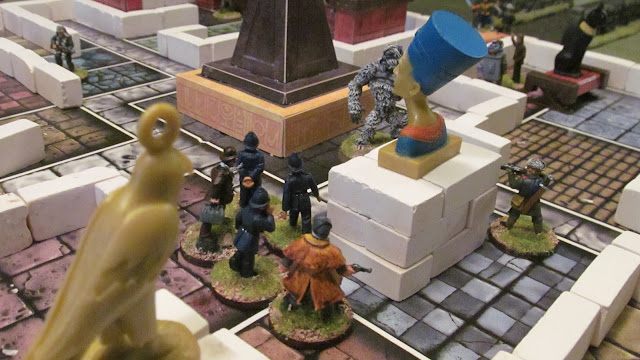 Halt in the name of Queen and Country!

As the battle raged in the Annex, the Chinese capture the Caretaker and two new elements, a young woman fleeing to a mysterious blue box and the mummy from the Nightengale manor.  The loyal constables (red shirts) give their lives in protecting the young woman from the mummy and Holmes and Watson prevent the theft of the scroll of Tie Sung. Roosevelt and friends are unable to prevent the kidnapping of the Caretaker. 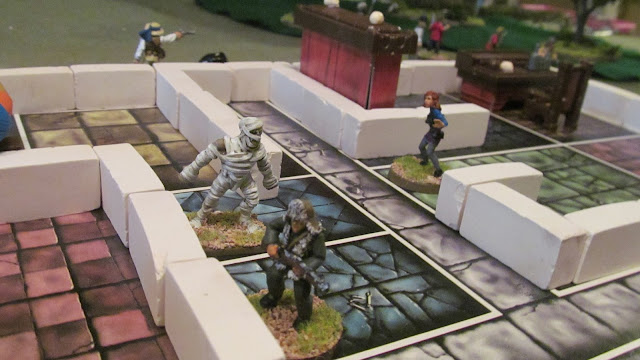 All fall under the wrath of the mysterious mummy as a young woman rushes toward the big blue box with a light on top.

Holmes becomes frustrated with Roosevelt and they have a falling out and the great consulting detective starts to experiment with drugs again much to the alarm of his friend Dr. Watson. 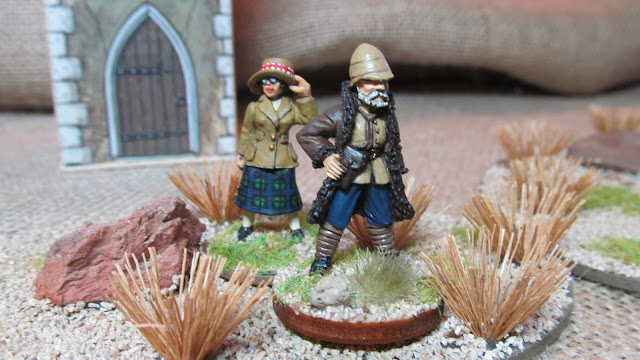 Colonel Armstrong and his daughter Coira.

Mycroft Holmes puts Colonel Dugald Armstrong in charge of coordinating Imperial Forces for as a yet undisclosed campaign. olonel Dugald Armstrong, VC, DSO is the father of Coira Armstrong, adventuress and all around good gal who seems to always be in the wrong place at the right time.  Colonel Armstrong has served long and loyally in India and the surrounding area always at the tip of the spear where the British Empire needs him most.  An infantry soldier by profession he has served in numerous British and Indian regiments including the Gordon Highlanders, the Seaforth Highlanders, The Iron Duke's Own Rifles,  the 14th Sikhs and the 15th Sikhs.  Mycroft has put him  currently on "shooting" leave after putting down the rebellion of the notorious Khoda Khan but has been spotted in the area of the Punjab.  Russian and Chinese sources believe that he is preparing for an expedition to Chitral. 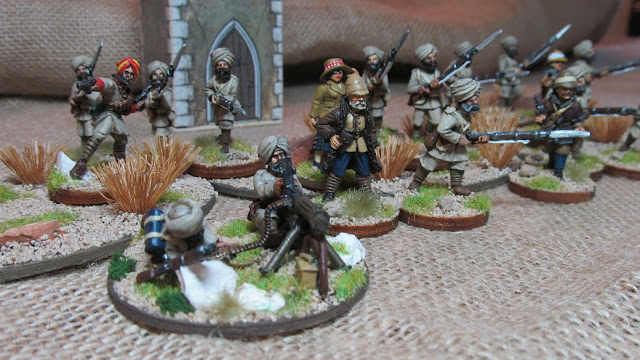 Colonel Armstrong, Coira and Ranjit Singh on the left accompanied by men of the 14th Sikhs. 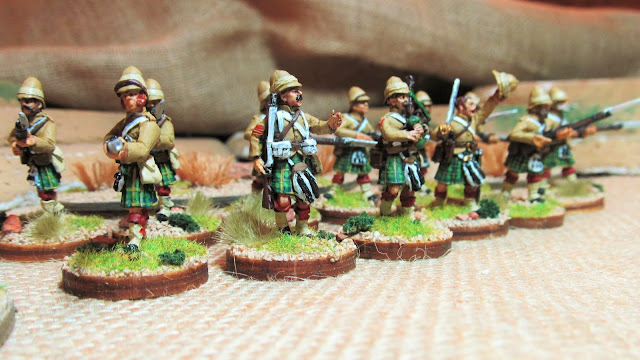 Under orders from Colonel Armstrong, the 1st Battalion, Gordan Highlanders are transferred to Africa for an unknown operation.  Rumor has it the Gordan's faced an unique, terrifying horror during the redacted so called "Lake Roopkund incident" are the men needed for a mission for Queen and Country.


Next: Season Three as pieces start to be put together
Posted by Neil at February 25, 2019