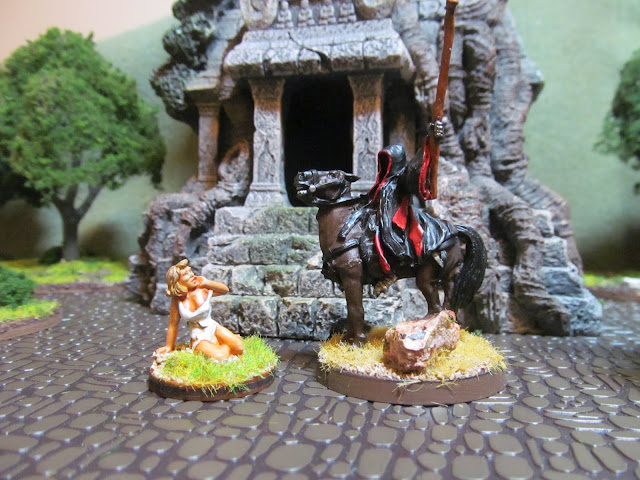 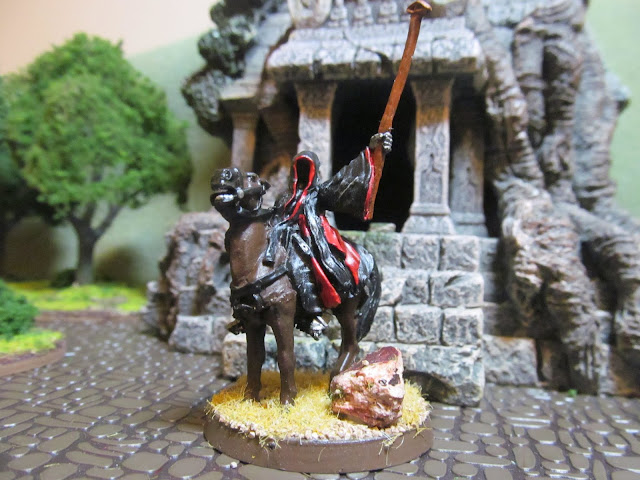 Honorable Son #5 (The Skirmisher) has graduated from High School and as a graduation gift I told him I would paint a figure or figures of his choosing. After much research, he decided the old figure of the Witch King of Sokur needed to be replaced and he choose a figure from Games Workshops Lord of the Rings Line. The figures are the Nazgul "the Undying" which comes with a mounted and dismounted figure. Honorable Son #5 thought the Witch King, since he is menacing the entire world of 1895, needed to look more sinister. 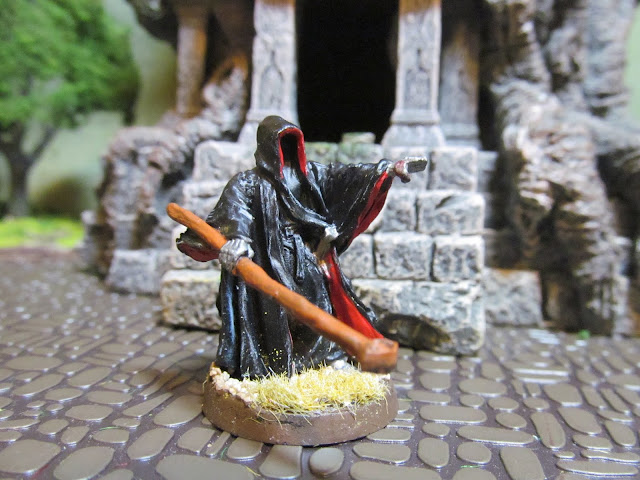 The dismounted figure. My son ask me to put dead grass on the bases since he cause death and destruction where ever he treads. Static grass is from Gale Force Nine. 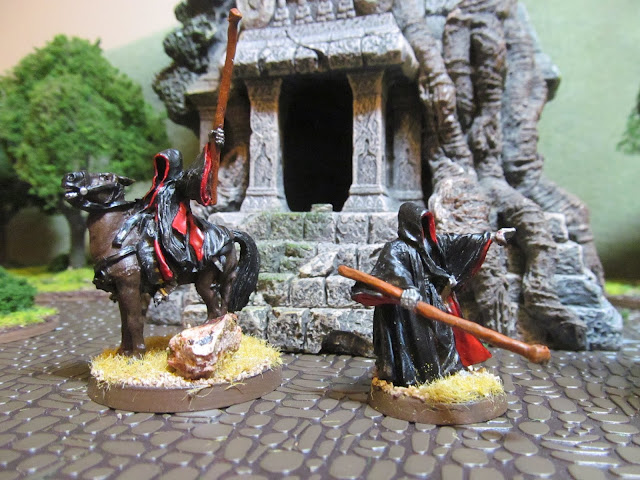 I've got to give credit where credit is due. GW makes some great figures - if only they weren't so dang expensive! But a business is in business for the purpose of making money so I have no trouble with that (Note: I will not discuss the demise of Warhammer and the new Age of Sigmar since the old figures are still available!).  But that's why we have eBay, etc., or if you really need it, buy from GW online. They have some of the best customer service in the business. 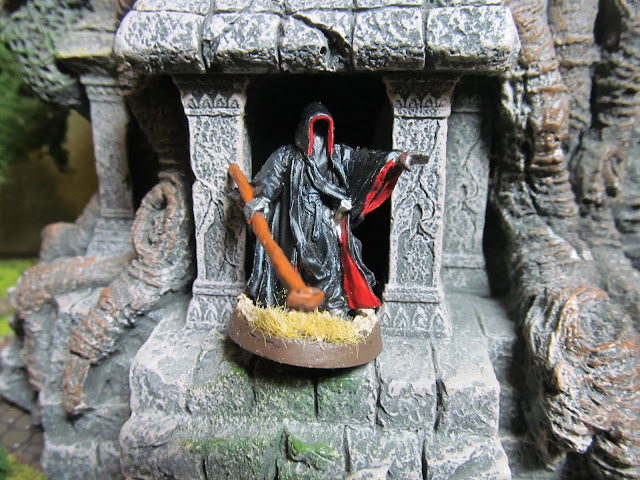