The Late War German Panzergrenadiers are a mixture of Battlefront's Panzergrenadier, Waffen SS and Panzer Lehr packs with some head swaps. These figures can represent all Late War German Infantry.  This was also the first unit that I started to get "creative" with terrain on the bases  by adding sticks and lichen to give a battle field look. 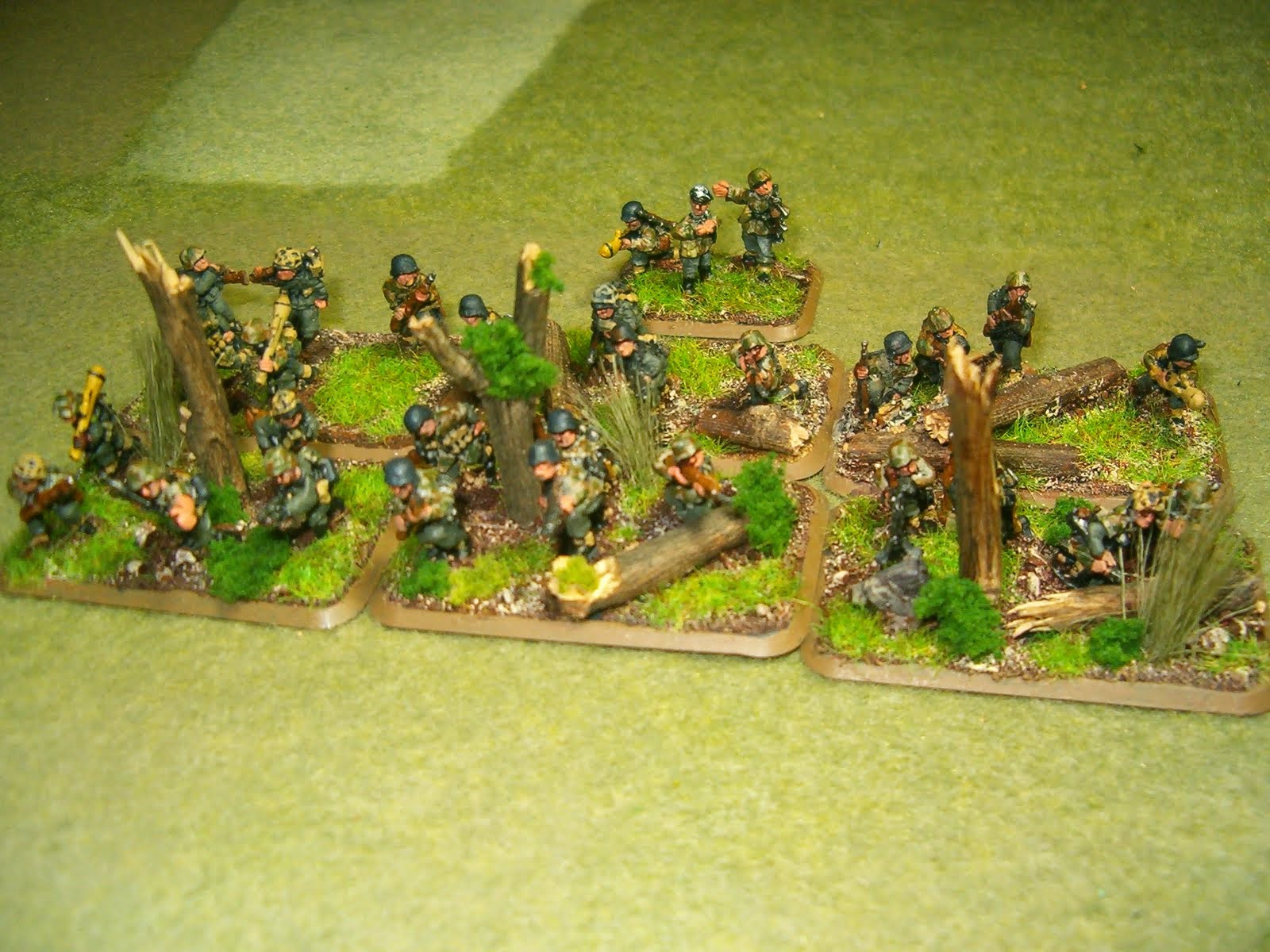 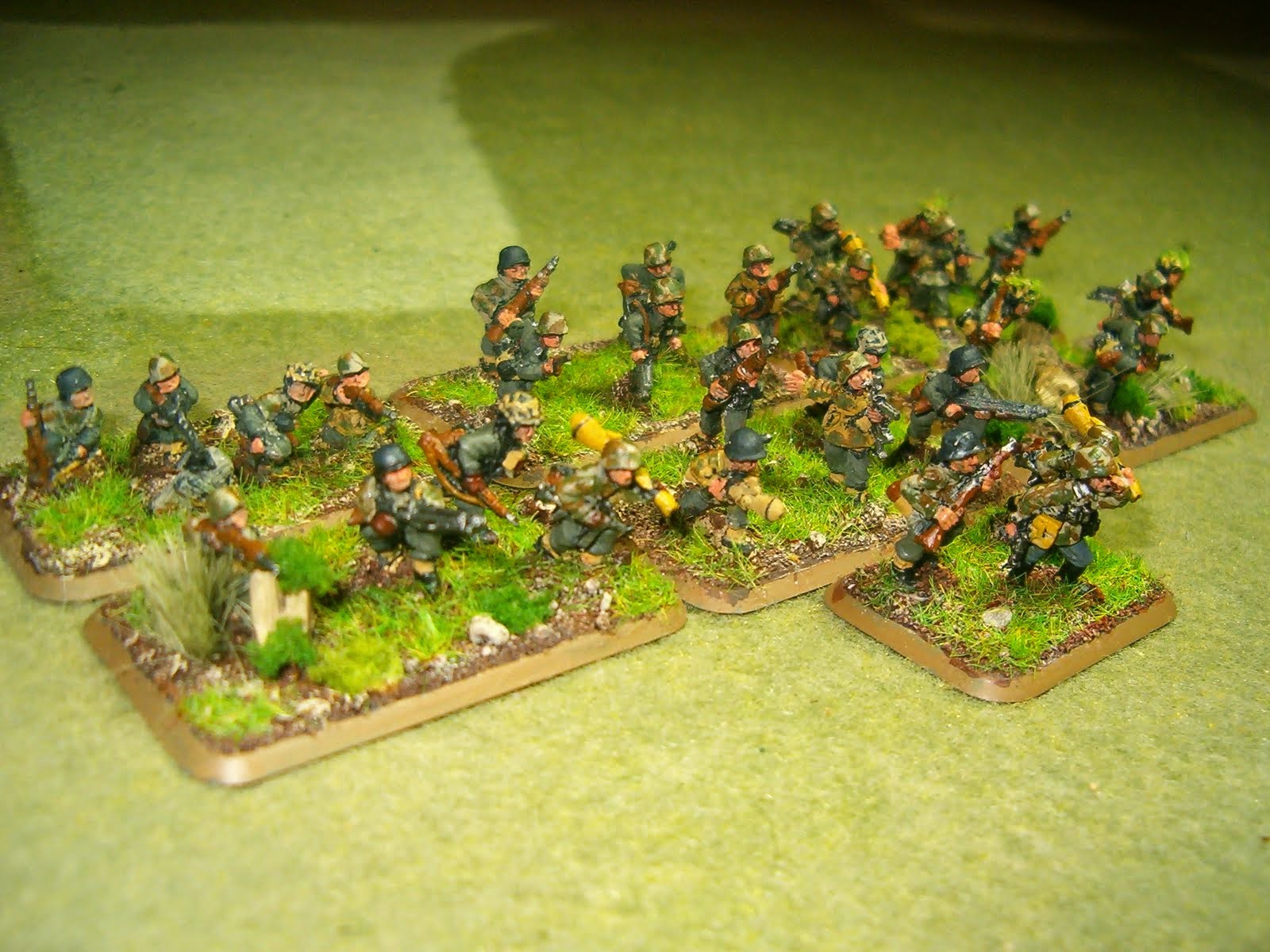 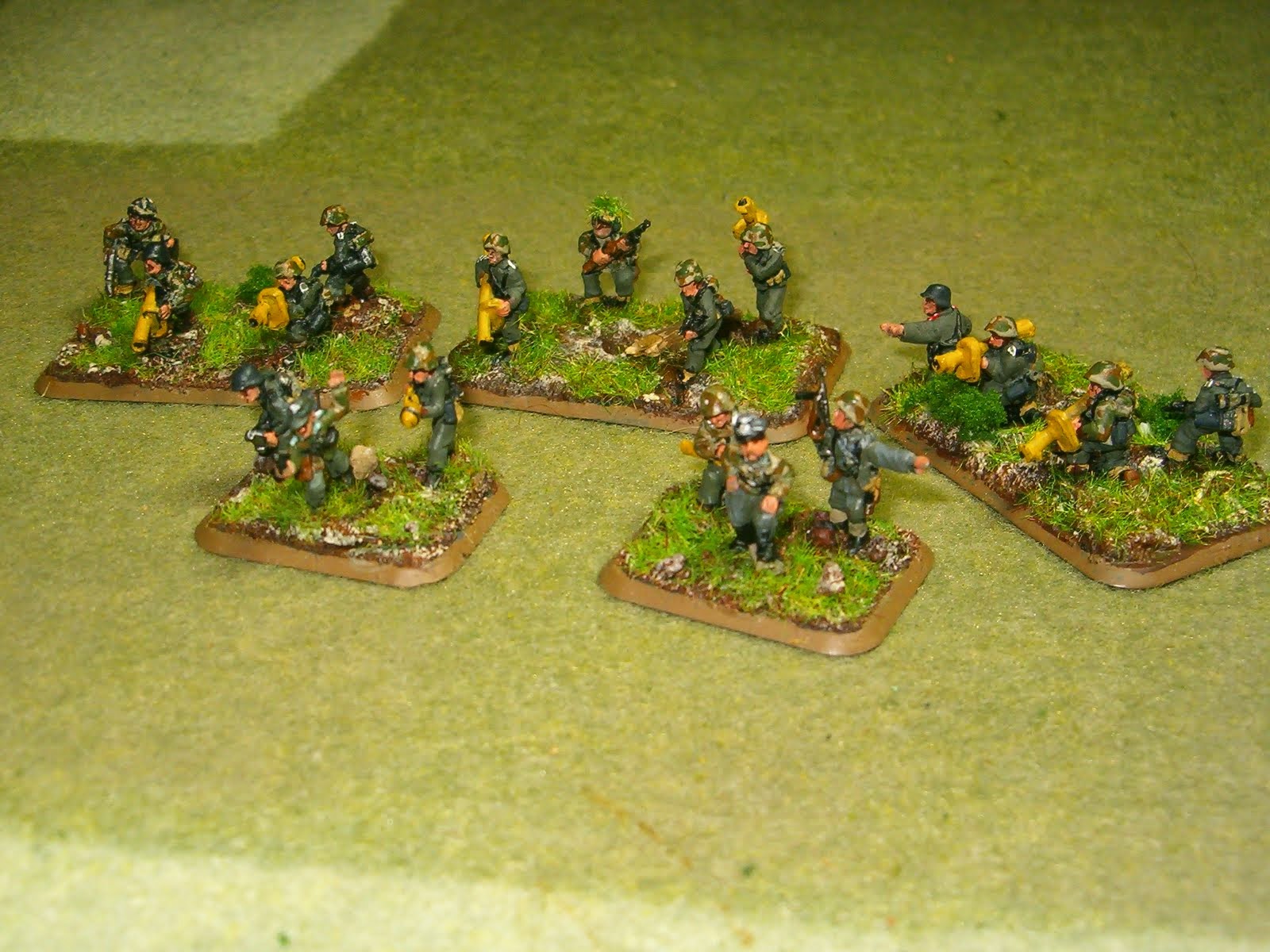 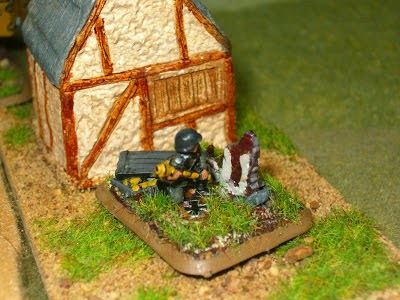 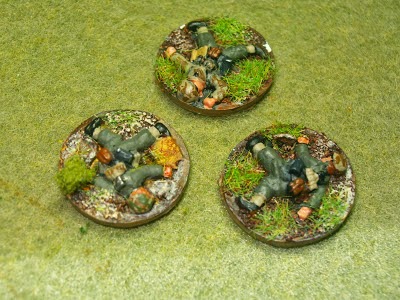 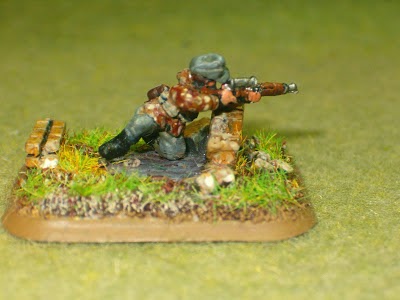