The War Poodles Own Regiment of Foot

I can't tell you the excitement I had when I discovered that Talbot's Regiment of Foot used the War Poodle himself on the colors.  Well . . . it looks like the War Poodle to me. 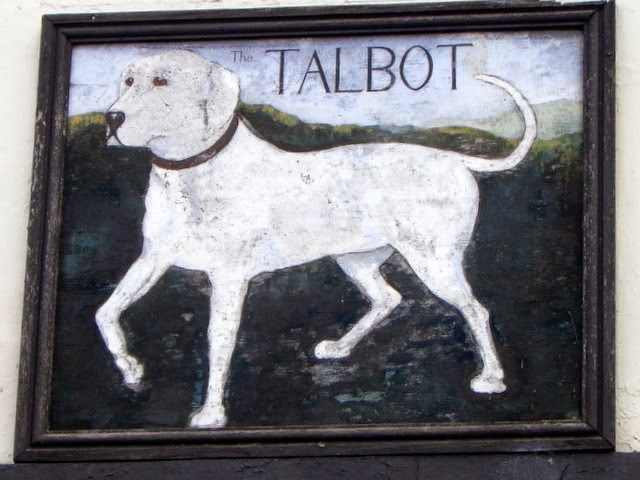 The Talbot; a now extinct breed of dog.

Colonel John Talbot led a regiment of  Royalist Foot that were recruited in Ireland and later commanded by his brother Sir Gilbert Talbot. Some sources site that the brothers may have commanded separate regiments. The regiment served in Hopton's army and the Oxford army from 1643 to 1645 having participated in the Battle of Cheriton, Cropredy Bridge, Lostwithiel and the Second Battle of Newbury.  In 1645 they were posted as the garrison at Tiverton Castle were they were later besieged and then surrendered. 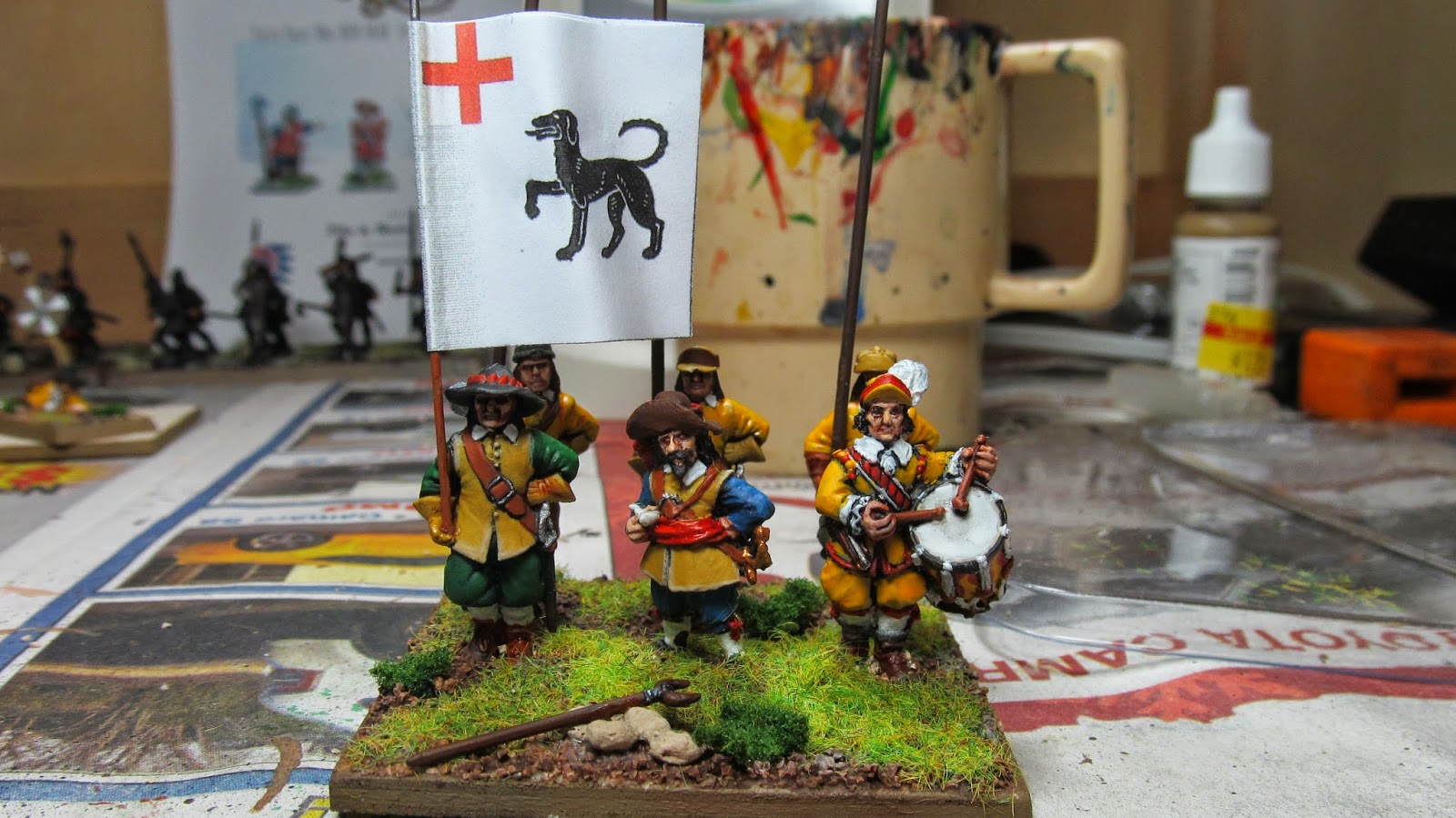 Command and Pike for Talbot's Regiment; Flag reproduced with permission from Forlorn Hope. 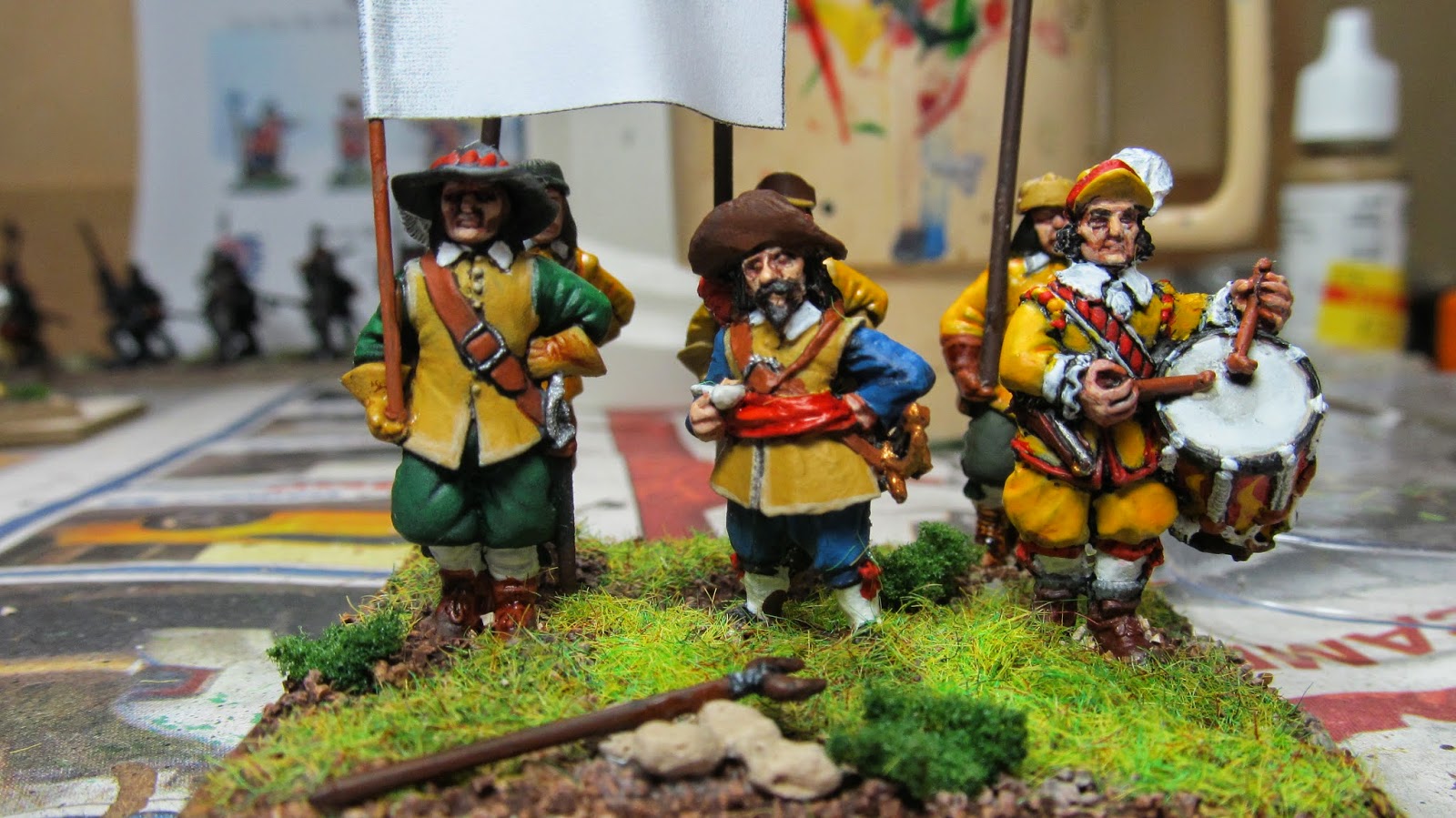 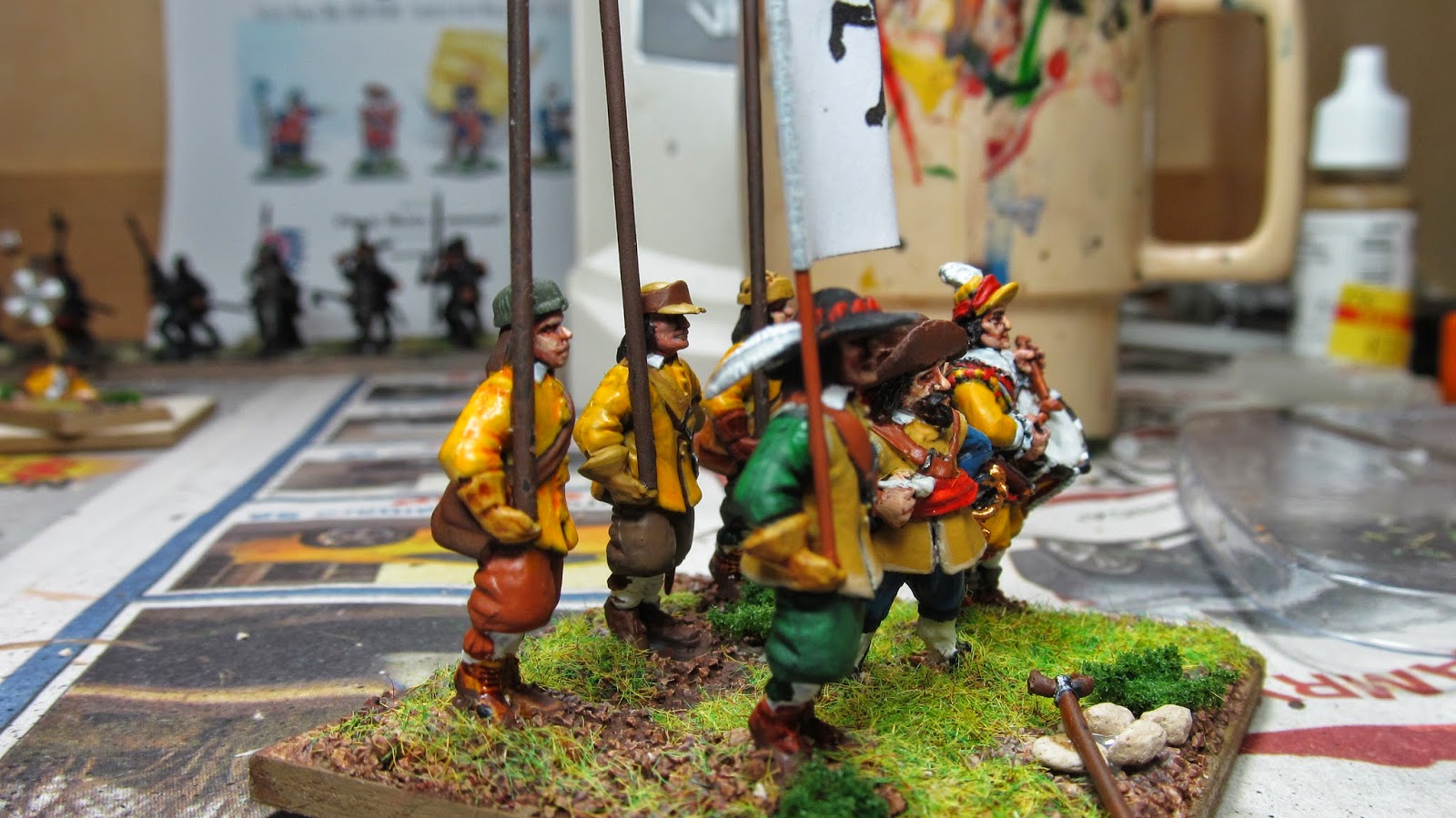 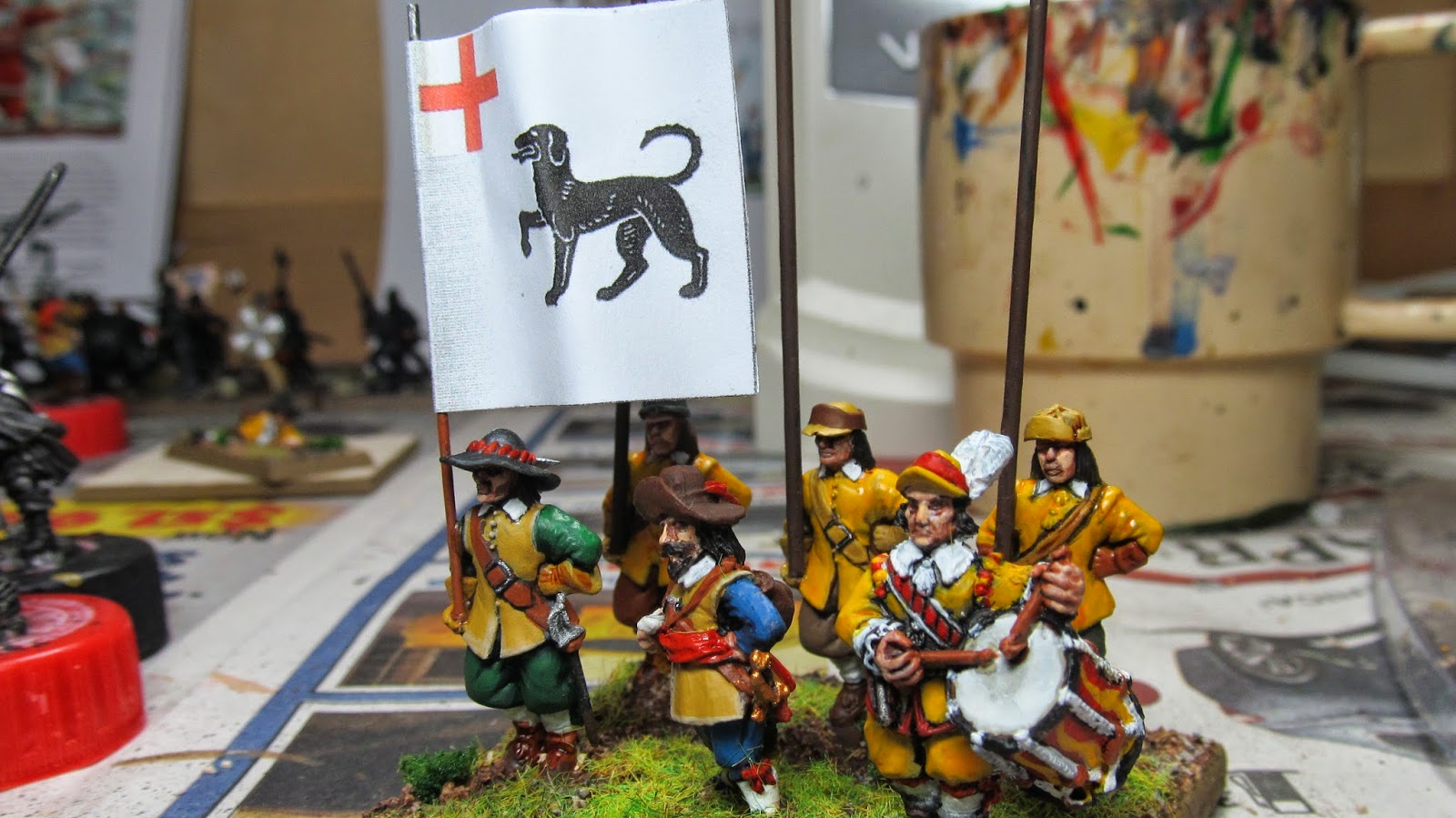 According to the Symonds' Diary the regiments colors had the "Talbot Hound" as its device.  Based on literally minutes of research, I am convinced that the Talbot boys used Prince Rupert's dog Boye as the inspiration for the device on their flags and in fact, Boye was the honorary Colonel.