17th Century Blast from the Past and Auctions

As some of you know, I've been cleaning out and reorganizing my collections and hobby bits now that I am near the end of completion of various projections or phases of projects.  As I was looking through one of my bins, I happened upon some old Essex English Civil War/30 Years War command figures and artillery from their old 1980's miniature range (it looks like there is a stray Minifigs also!). 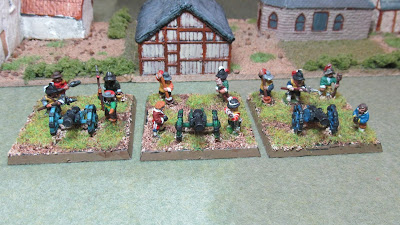 A battery of artillery getting ready to bombard the enemy line.
I purchased them in Edinburgh, Scotland in August of 1988 while on vacation with my wife and another couple. I don't remember the name of the shop but I did get their address from an advertisement in Wargames Illustrated.  They were the first Essex miniatures I purchased and were two boxes of their Ready Made Armies. 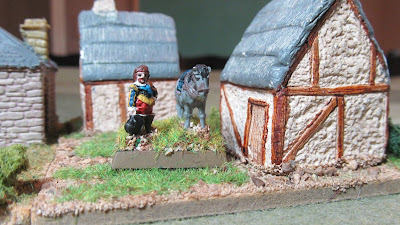 Waiting to mount up.
Since I do not game the English Civil War in 15mm anymore, I decided to remount them on Games Workshop plastic bases and put them on eBay. Though dated (the new Essex range in 15mm is awesome) these miniatures still have character and are a great addition to any existing English Civil War or 30 Years War force. 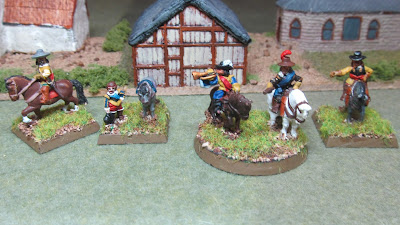 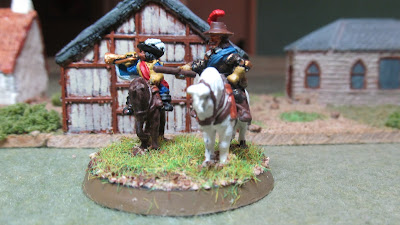 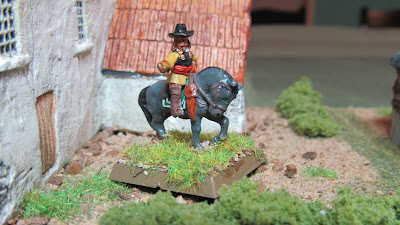 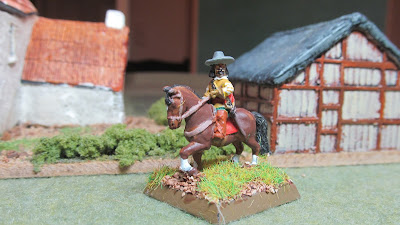 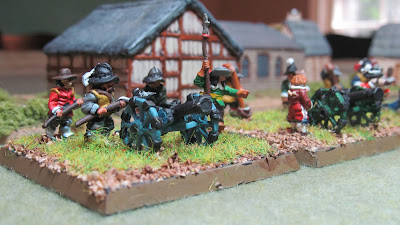 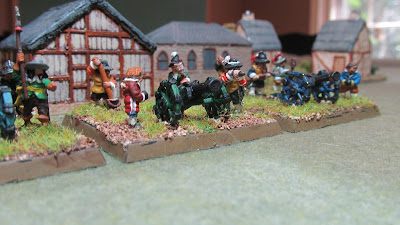 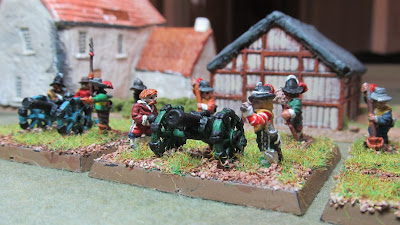 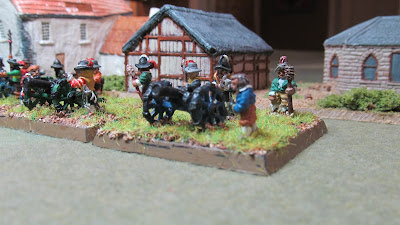