I'm a retired Infantry officer that has served in both light and heavy units. (Side note, according to an acquaintance who is a C5 pilot in the Air Force: "The Army does not have light divisions; they have heavy divisions and heavier divisions") When I first saw the Flames of War rules I thought to myself, "Self, this looks really cool." Being an army combat kind of guy and military historian, it had appeal - lots of appeal. 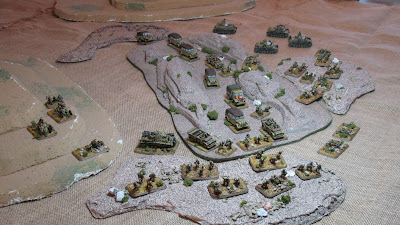 A view from above

As a longtime fan of Avalon Hill's classic board game Panzer Blitz, I have always wanted to recreate warfare on the Eastern Front in miniature. I had visions of T-34's and Panther tanks blasting away at each other at Kursk. So when I approached my geeks in training (my 5 sons) about World War II gaming they said:

They said, "Australians and British!"

After careful research, I could find not references to the British Expeditionary Force that assisted the Soviets, nor any mention of the heroics of the ANZAC Corps during Operation Bagration in June of 1944. As a result, my first Flames of War Army: The AfriKa Korps.

(Side note: Later Honorable Son #3 went to the top of my list when he decided to do a Soviet Force - bless you Comrade!)


Fighting in an area with little terrain is like fighting in an area with little terrain. Talk about your challenges! Do the terms maneuver, maneuver and maneuver mean anything? No? Well plan on having your butt handed to you in North Africa. And by the way, the Australian infantry is tough. In North Africa, the great killer of tanks were anti-tank guns, and this game accurately reflects that; I have my 88's and Honorable Son #2 has his 17lb AT guns. But tanks are tanks and you can unhinge an open flank if you move fast; but if you want to hold that objective, you better have your infantry along for the ride!  For my Panzergrenadier infantry force I based it on the 4 Co., 2nd Battalion, 104th Panzergrenadiers of the 21st Panzer Division. 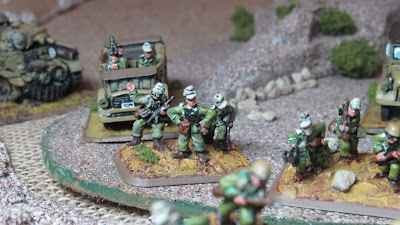 This is the stand that represents me: The mighty Hauptmann (Captain - and note the commanding pose) of 4.Kompanie, 2nd Bn, 104th Panzergrenadiers, 21st Panzer Division. That's my snazzy car behind me, a Kfz field car. 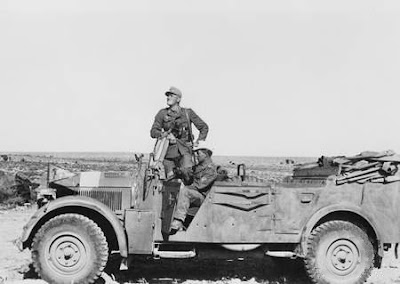 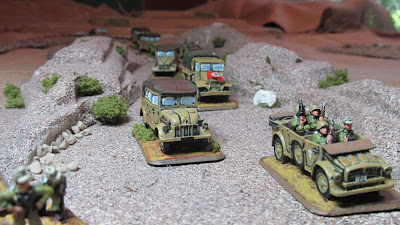 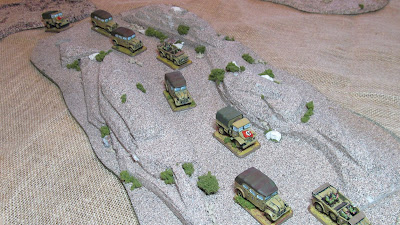 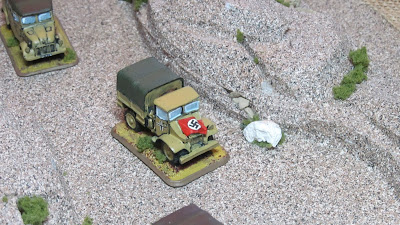 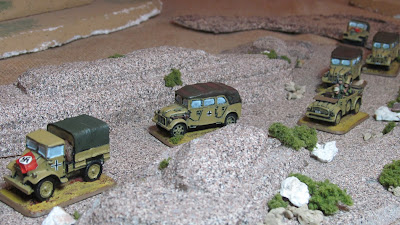 Here are some captured British trucks being used. Note the over sized cross and flags for recognition to avoid friendly fire. 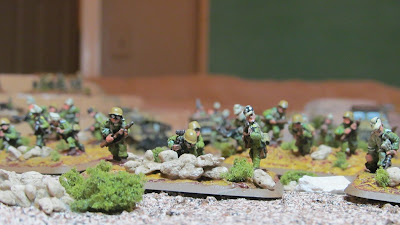 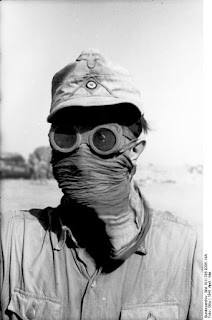 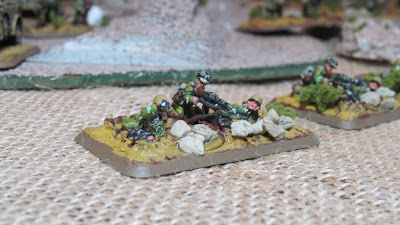 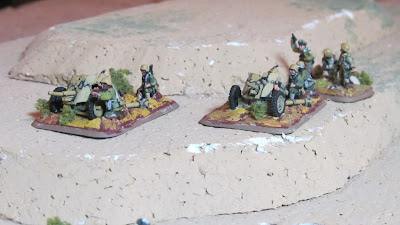 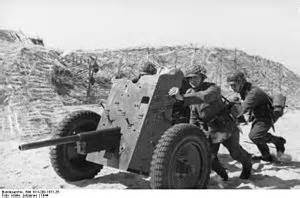 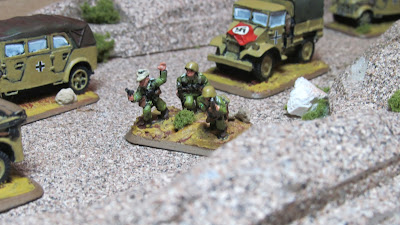 The mighty XO leads the rear platoon to support the contact to the front. 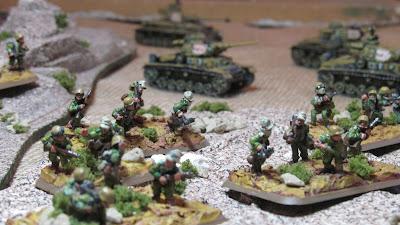 1st Platoon supported by tanks prepare to defend against the enemy. 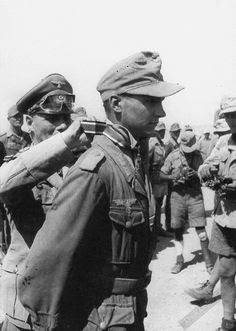 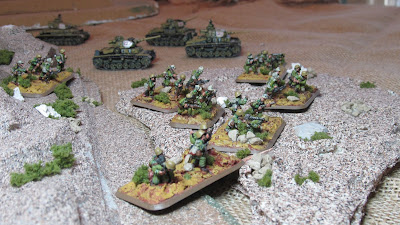 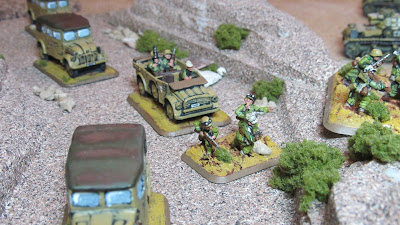 All in all a good force to game with and game against.