A friend of mine wanted to know where the work in progress pictures were of Lord Saye & Sale's Regiment Regiment of Foot were.  I completely forgot to post.  Here they are: 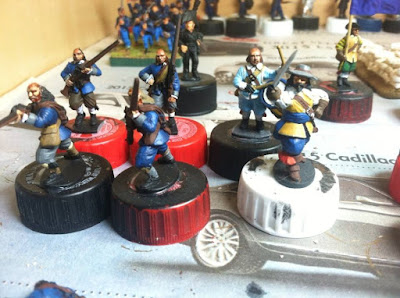 When painting 28mm figures I mount them on the lids from plastic soda bottles. 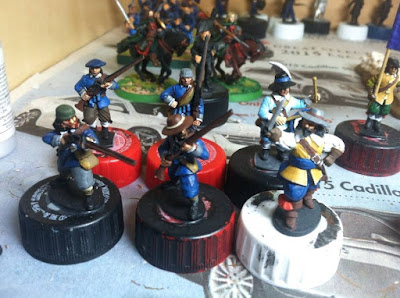 Now we have hats! 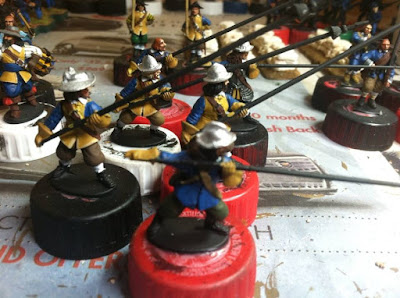 Metal headgear from Warlord Games for the pikes. I had to slice the upper part of their heads to make them fit properly.  Not a big deal when working with hard plastic. 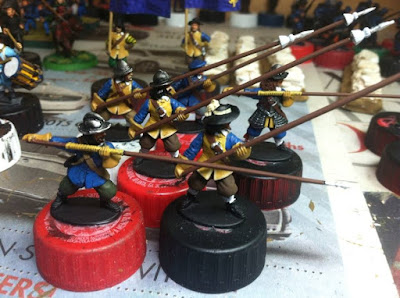 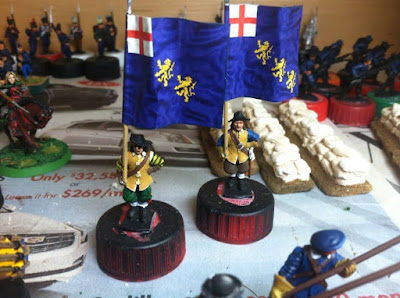 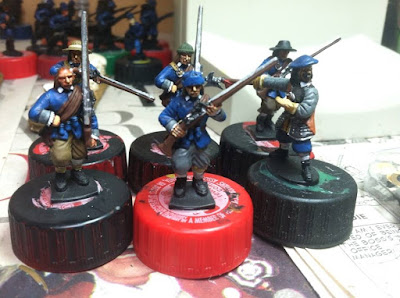 Musketeers and a pike men converted to a sergeant. 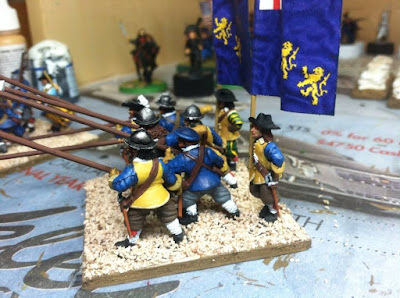 The figures are mounted on 60mm x 60mm square bases for the rule set Victory Without Quarter.  Most foot regiments are 2 stands of muskets and 1 stand of pikes. 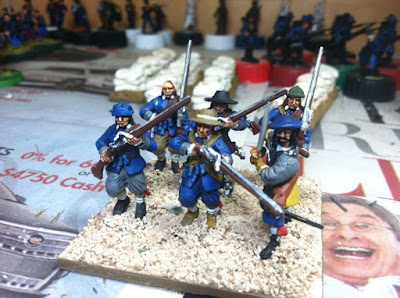 Musketeer stand with sand added.  I always put a second coat of watered down PVA white glue over the sand when it dries. 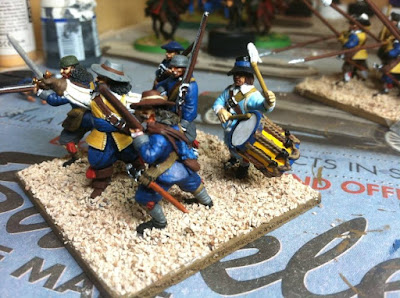 The other musketeer stand with officer and drum. 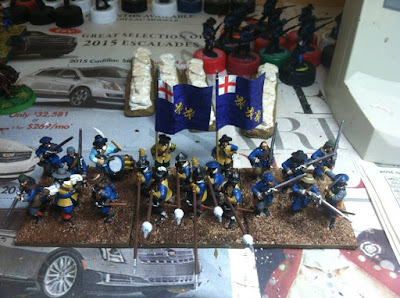 Base color of dark brown. 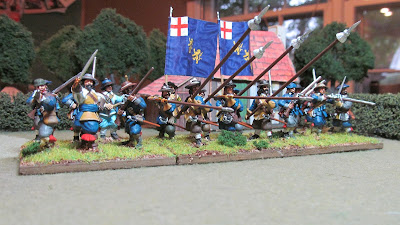 All mustered and ready to fight for King and Parliament!