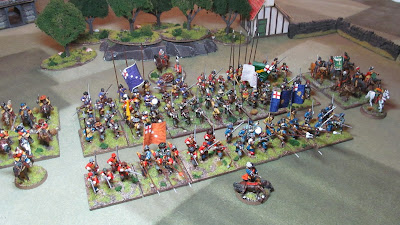 Last time I presented the King's forces as of the completion of Phase 3 of my English Civil War project.  As stated previously the composition does not follow any exact table of organization as I decided to paint units that I thought looked good and to present a "generic" force for Parliament when gaming.  All units are based for the excellent set of rules Victory Without Quarter. 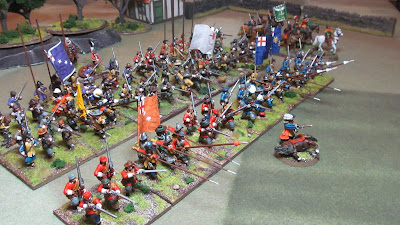 Six Regiments of Foot make for an impressive battle line and "battalia."

Parliaments forces now consist of 6 Regiments of Foot: The Earl of Essex, Lord Brooke's, Sir John Gell's, Samuel Jones', Lord Seye and Sale and the Green Regiment of the London Trained Bands.  In addition there is one Regiment of Horse, Lambert's and Haselrige's Lobsters which is a cuirassier regiment. 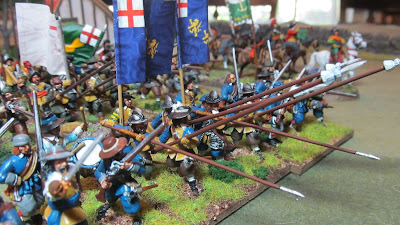 Lord Seye and Sale's regiment with Jones behind and the Green Regiment in the third rank. 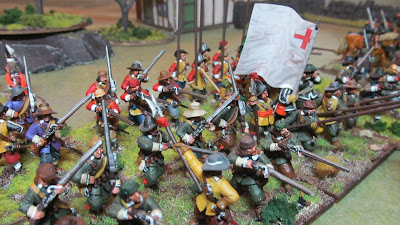 Jones' Regiment, also know as the Farnham Greencoats was the first unit I finished. 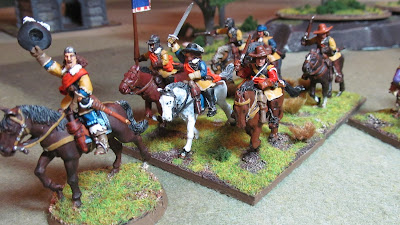 Lambert's regiment with his father-in-law Oliver Cromwell in the lead. 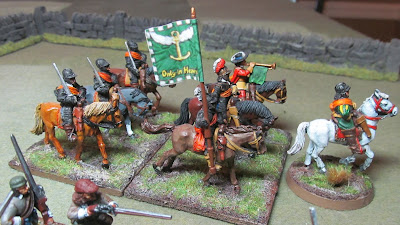 Haselrige's Lobsters.  All of the cavalry units are Perry Miniatures. 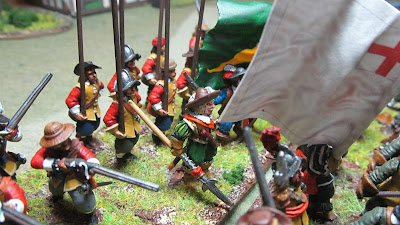 The Green Regiment of the London Trained Bands is lead by an experienced, hard nosed veteran from the wars on the continent.  One of my favorite Warlord figures. 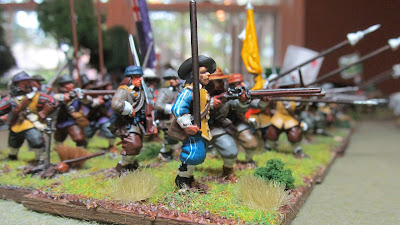 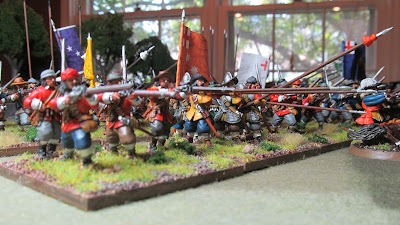 The Earl of Essex's Regiment of Foot. 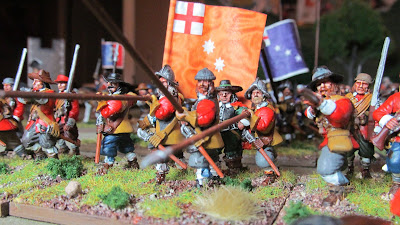 At point of pike. 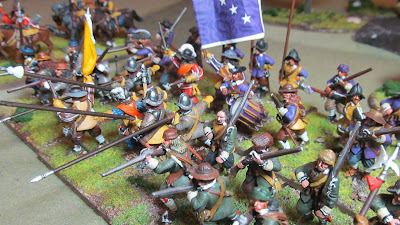 Last shot with Lord Brooke's Regiment in the second line.
Posted by Neil at 12:00 AM