The Grand Muster: The King's Forces 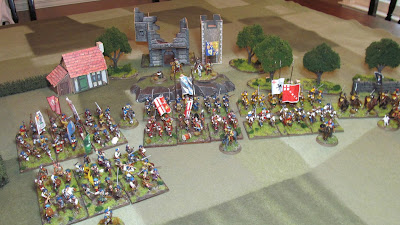 I have finished Phase 3 of my English Civil War project and like any normal person who has a day off I decided to line them up for review by His Majesty.  My forces are mounted for Victory Without Quarter and are very much a "generic" army as I have painted regiments that I like and to me give the flavor of the period. 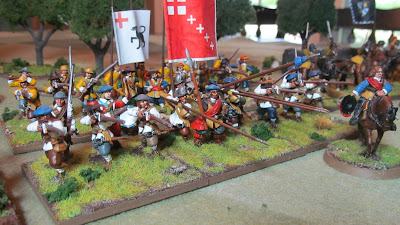 Newcastle's Lambs in the front rank and Talbot's "The War Poodles Own" in the second rank. 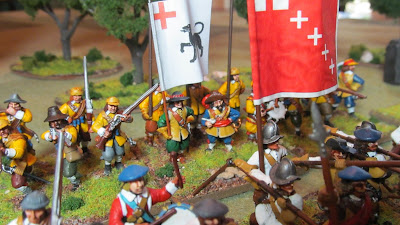 Close up of Talbot's Regiment.
Phase 1 consisted of painting 6 regiments of foot as well as a few cavalry and command stands.  Phase 2 (shiny new toy syndrome!) happened when I noticed the Warlord Games Highland clansmen and I also received a box of Irish Brigade from Warlord Games.  Phase 3 was completing 4 more Infantry regiments for both sides.  Phase 4 will be the addition of 3 more cavalry units when I get around to "recruiting". 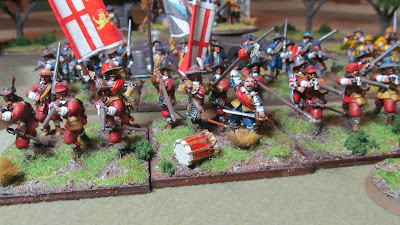 The Kings Lifeguard of foot with support from Prince Rupert's Regiment of Foot. 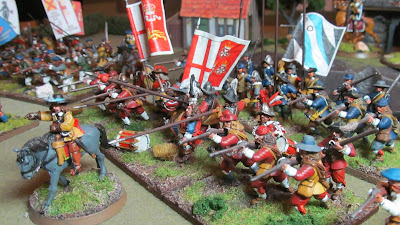 Another view of the Lifeguard and Rupert's Regiment.  About 98% of the figures in my army come from Warlord Games with a few Foundry and Perry Miniatures thrown in for variety.

The Royalists consist of 4 Regiments of Foot, 2 Irish Brigade Regiments and 2 to 3 Highland clansmen (depending on how they are deployed) and one lonely Regiment of Horse.  The army is heavy on forces from Scottish theater but heck, it's my army! 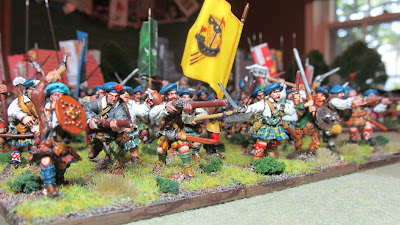 The clans charge.  Brittle in battle but if they can close with the enemy they are devastating. 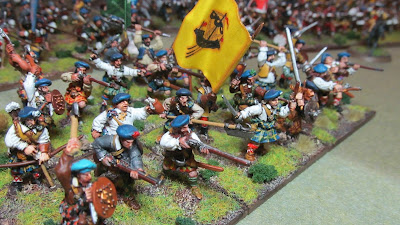 Yes that is "Norm !" from the TV show Cheers. 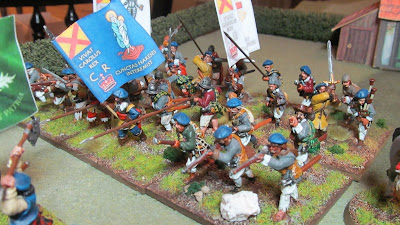 The Irish Brigade advances behind their Gaelic cousins. 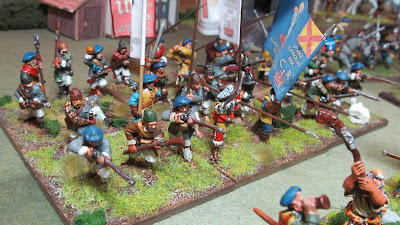 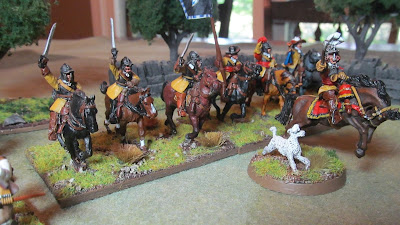 The lone cavalry unit is Rupert's Horse.  Cavalry are Perry Miniatures while Prince Rupert and War Poodle are from Warlord Games. 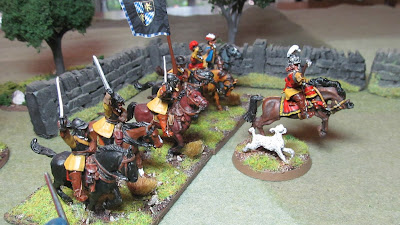 The animation of the Perry figures is phenomenal. 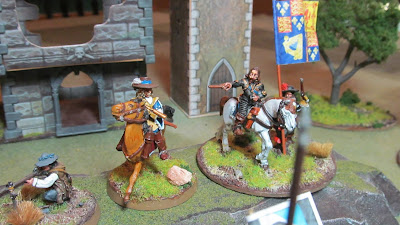 His Majesty Charles I. 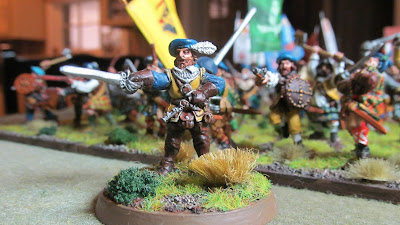 The Brigade commander for the Highland Clans. 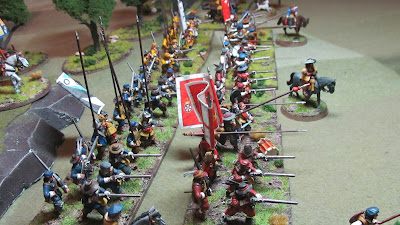 Both mounted officers in front of the line are Perry Miniatures. 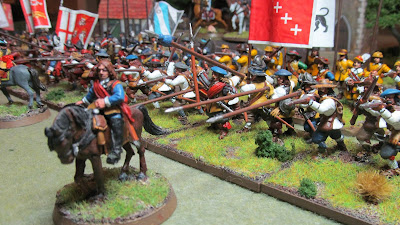 One last view before heading into quarters.