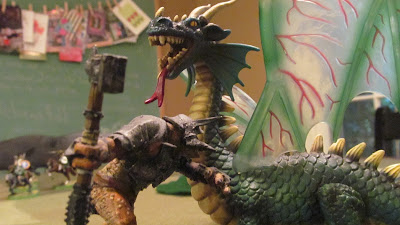 I haven't posted anything in a while but we did have our first game of Dragon Rampant.  Wow.  It is rapidly becoming my favorite set of fantasy rules.  It is extremely versatile in recreating just about any fantasy setting you can think off - no official figures and no official lists.  Our battle pitted the "Riders of Rohan" allied with an ancient dragon against a horde of ravaging orcs.  As you can see virtually every figure is from Games Workshop's The Lord of the Rings Strategy Game. 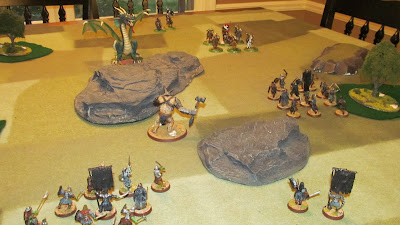 The orcs advance on the noble dragon and armored horse archers.

Soon to come will be the battle report (and the tide did swing back and forth) but in the interim, here are some pictures of the action. 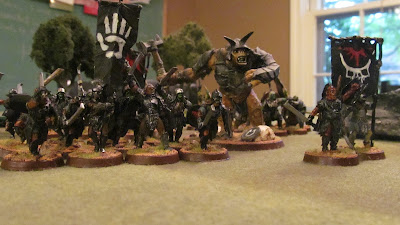 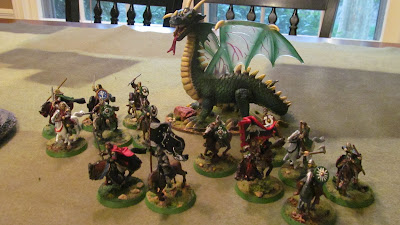 The Warband of Good! 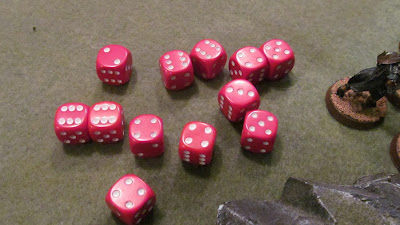 Lots of dice - and no saving throws! 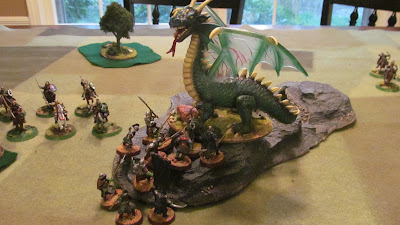 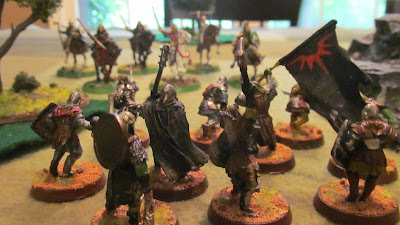 I just think this is a cool picture. 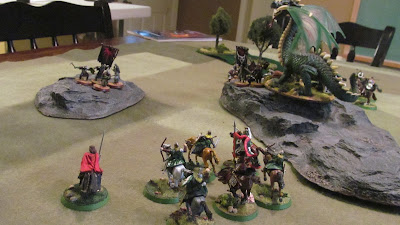 A reduced force of orcs on the high ground. 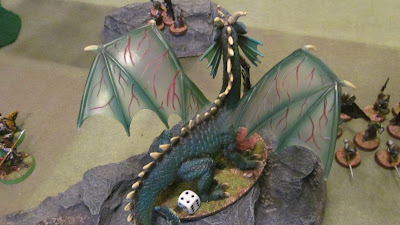 The dragon has lost 4 out of 6 strength points. 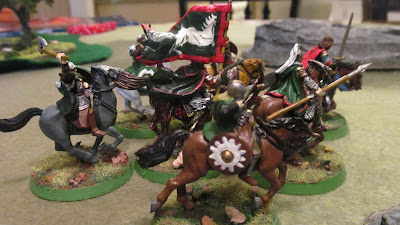 Attacking to finish the day!
Posted by Neil at 5:52 PM