IHMN: "The Legion does not surrender!" Part 2

When we left off Part 1, a small detachment of the French Foreign Legion was protecting a "waypoint"; literally a door that gives instantaneous travel from on point to another.  The Legion is attempting to prevent the escape of the Witch King of Sokur from entering the waypoint in order for overwhelming help to arrive and capture him. 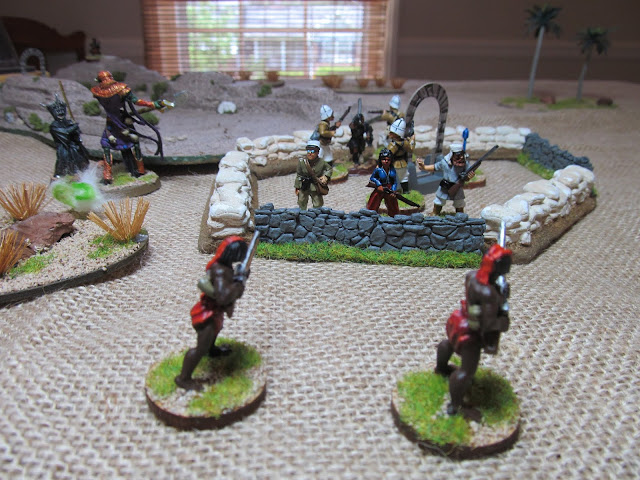 Amelie's mesmerism (and I lucky die roll for initiative) forces the Destroyer to once again fight his master the Witch King.  The Mobieus' and Chef Sergeant Baptiste form a firing line while the other legionnaires deal with the troglodyte that penetrated the perimeter. 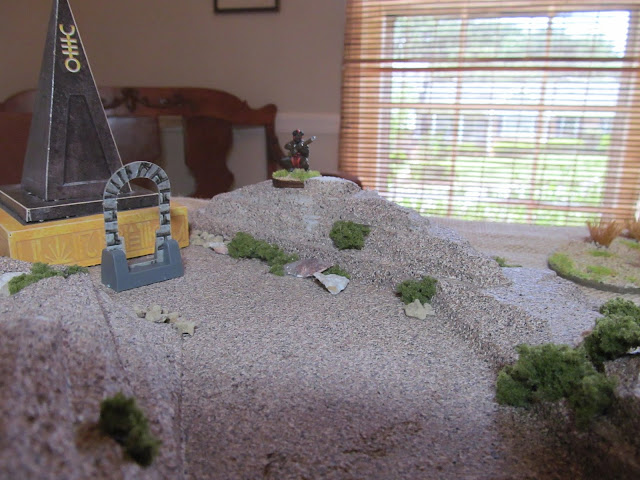 The Ruga-Ruga sniper continues to harass the defenses. 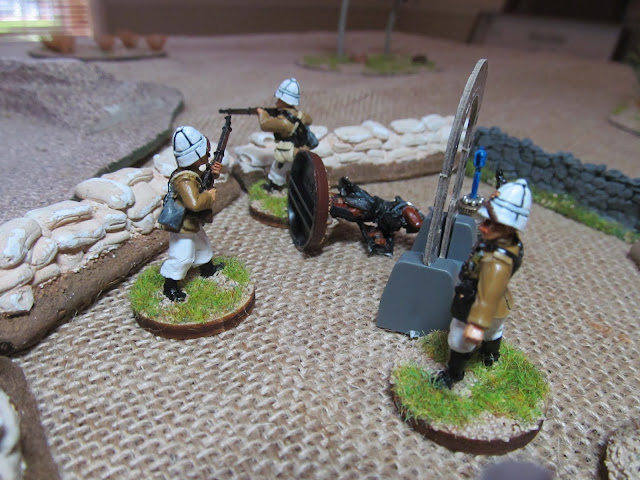 The bayonets of the Legion deal with the last remaining troglodyte. 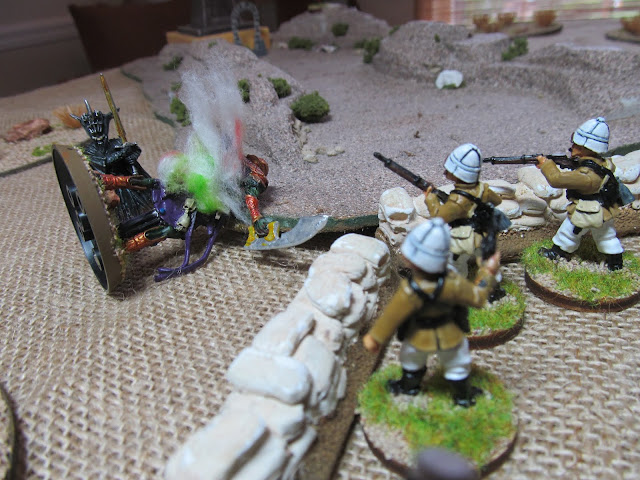 With the initiative again,  Lieutenant-Colonel Jacques Duchesne places a well aimed shot with his arc pistol killing the Destroyer.  He didn't earn his Expert Pistol Marksmanship badge not to use it. 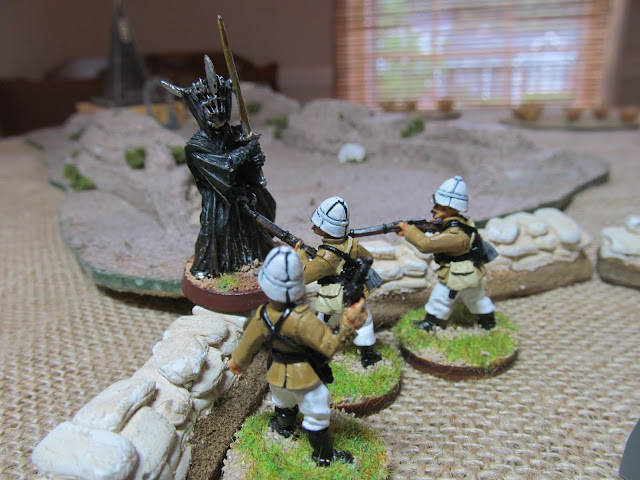 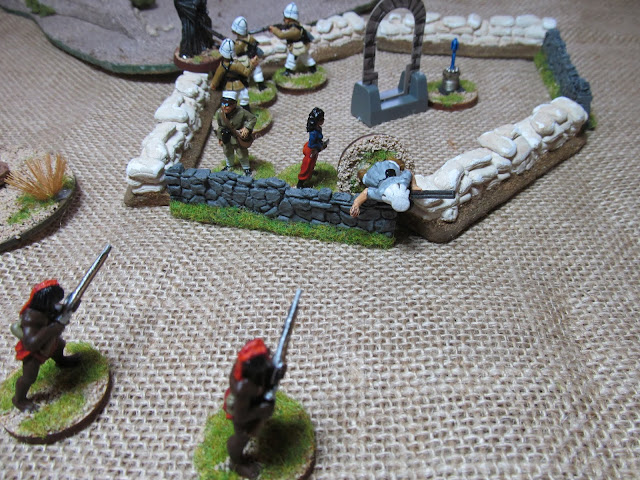 Baptiste is hit by rifle fire while Amelie (with the Medic talent) rushes to his aid. 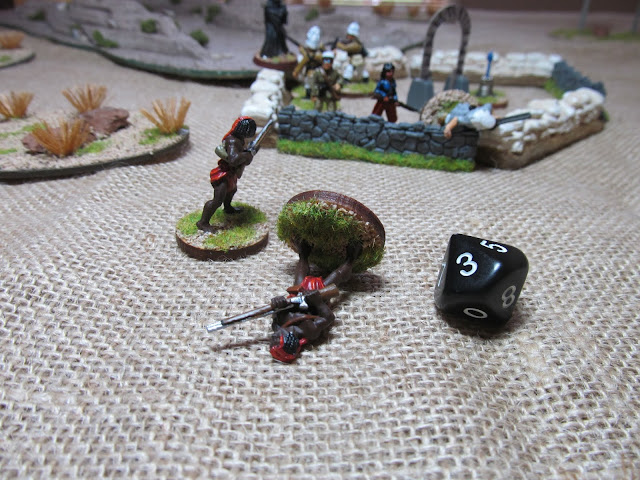 Who knew Professor Moebius was so good with a pistol? 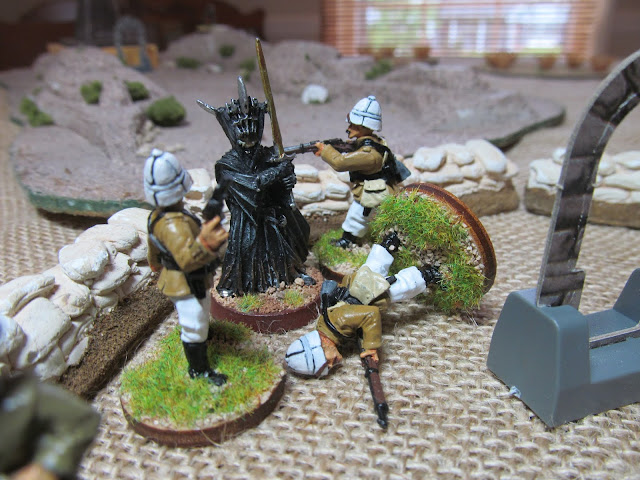 "Feel the wrath of my anger!"(the cursed sword doesn't hurt either!) 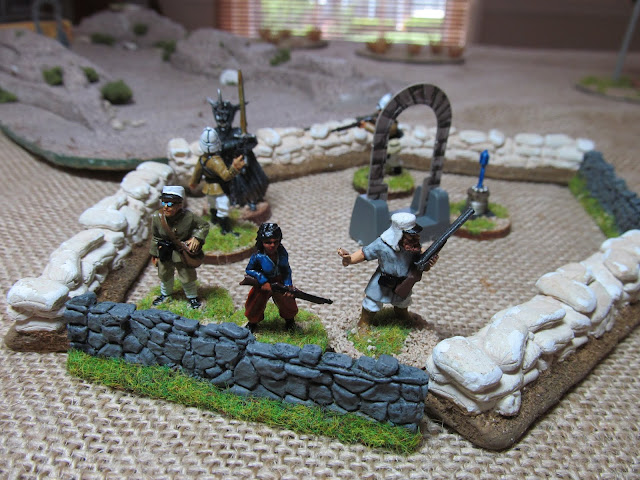 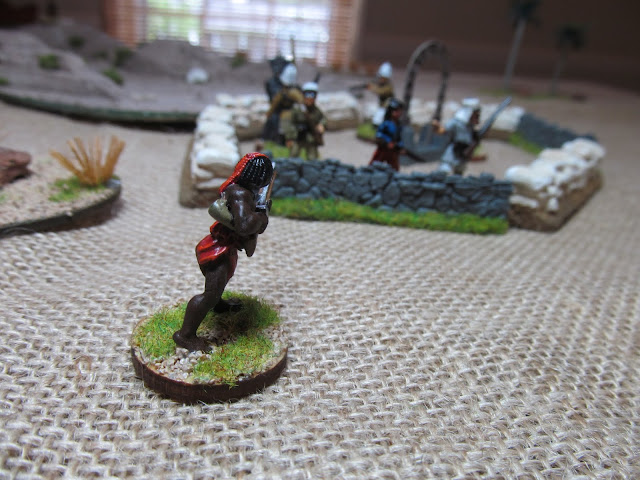 Continuous fire from the Ruga-Ruga guard. 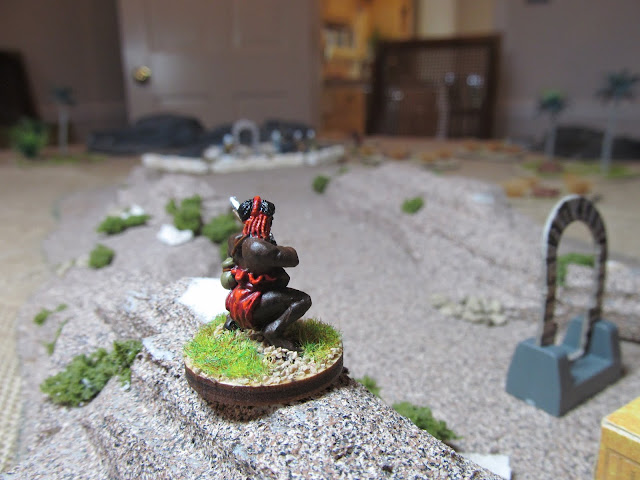 Searching for a target. 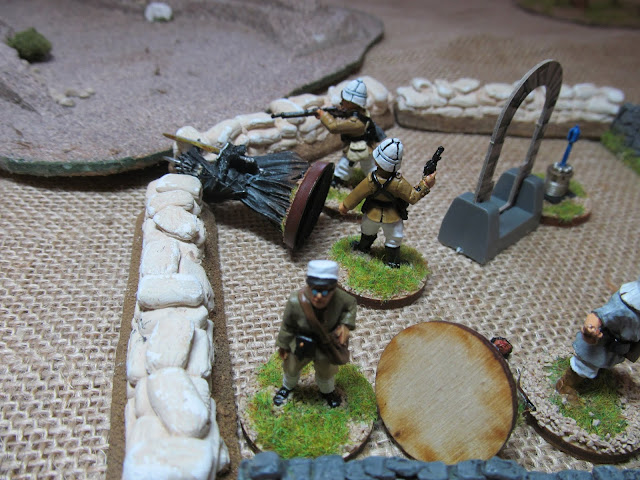 The Witch King is knocked down in hand to hand while Amelie is grazed by a bullet.  Fortunately the Medic talent will bring her back. 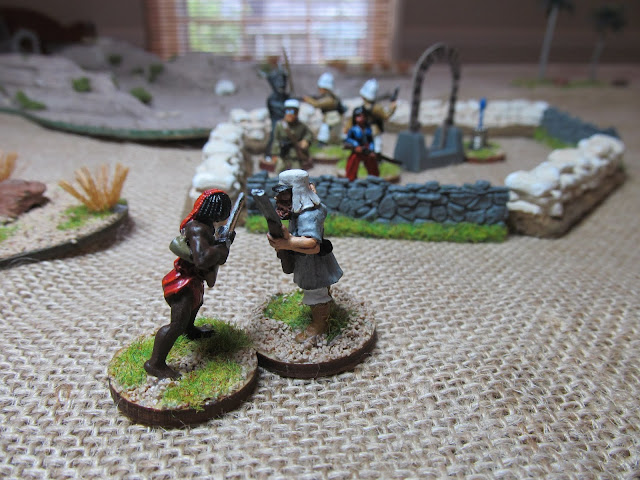 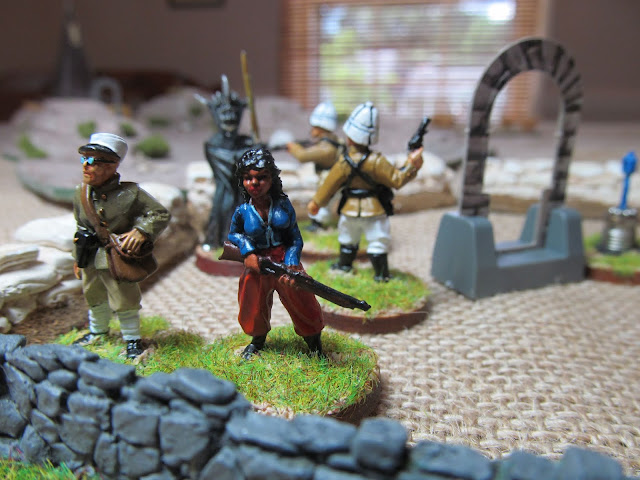 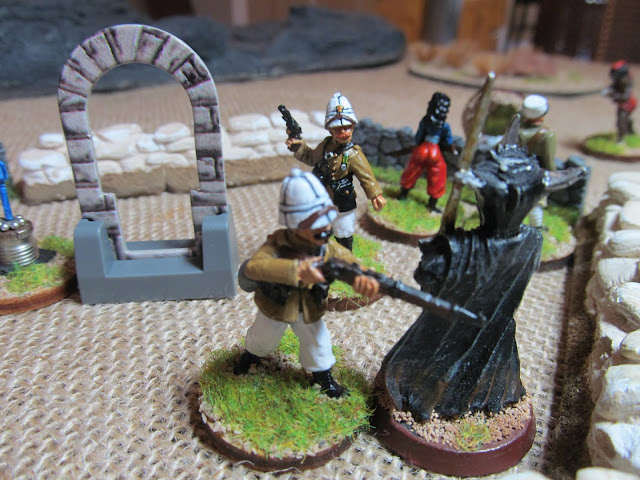 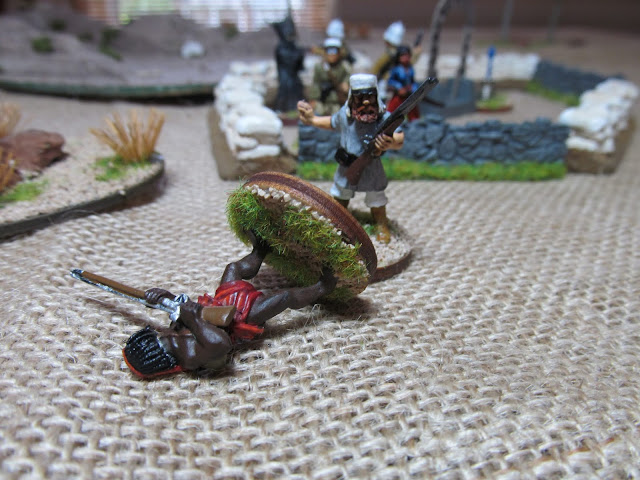 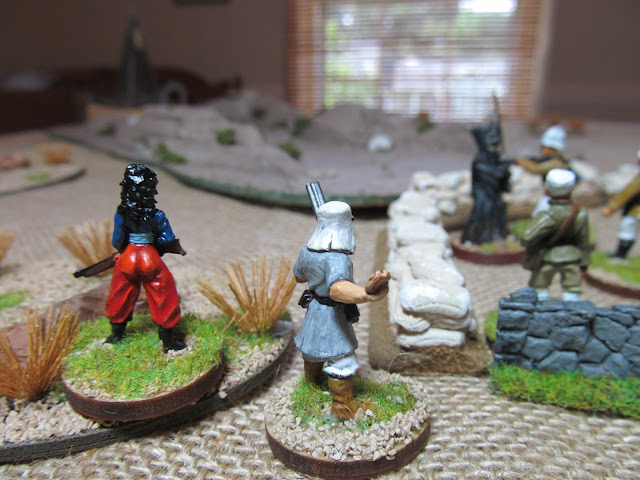 Amelie and the Chef Sergeant move to a better position to deal with the sniper. 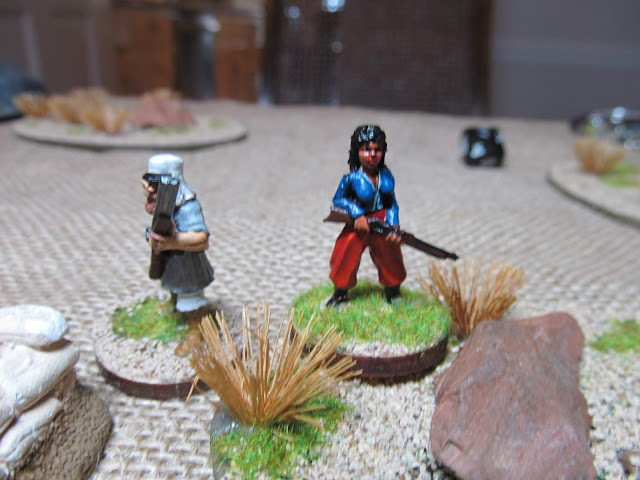 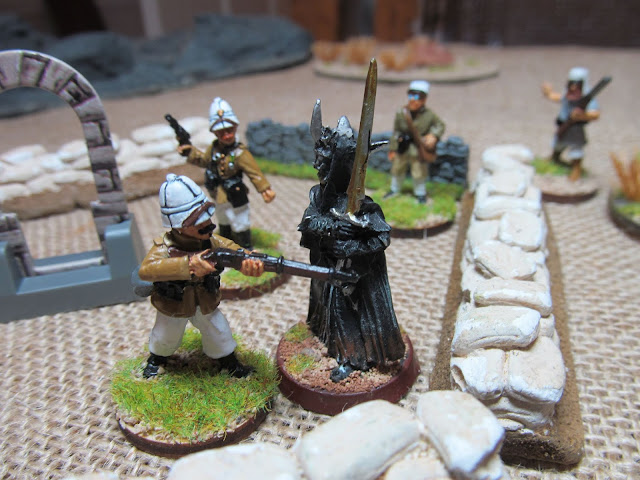 Battle continues between Genet and the Witch King . . . 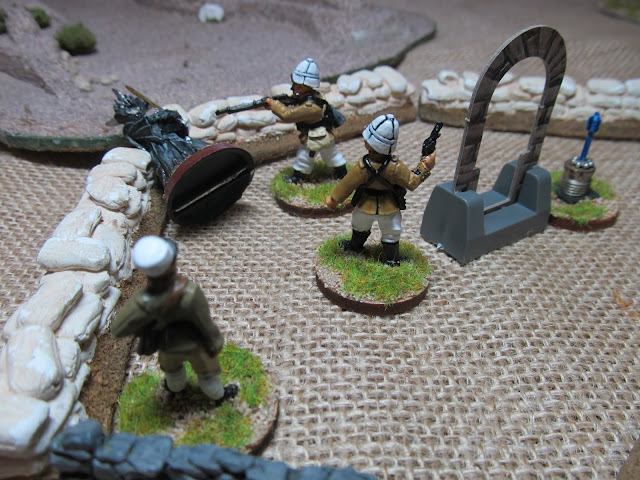 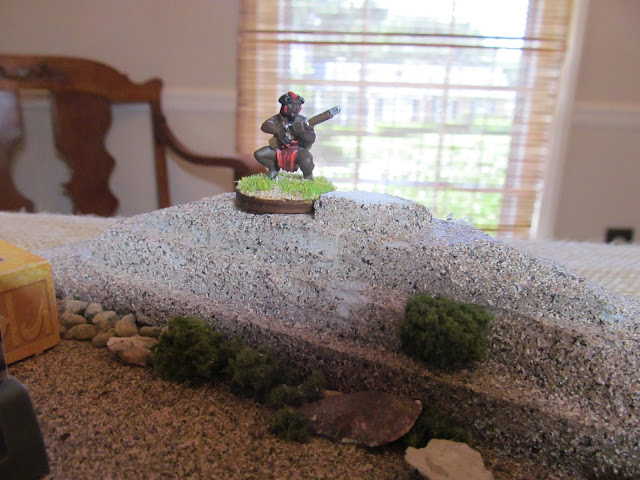 Baptiste and Amelie volley fire against the sniper . . . 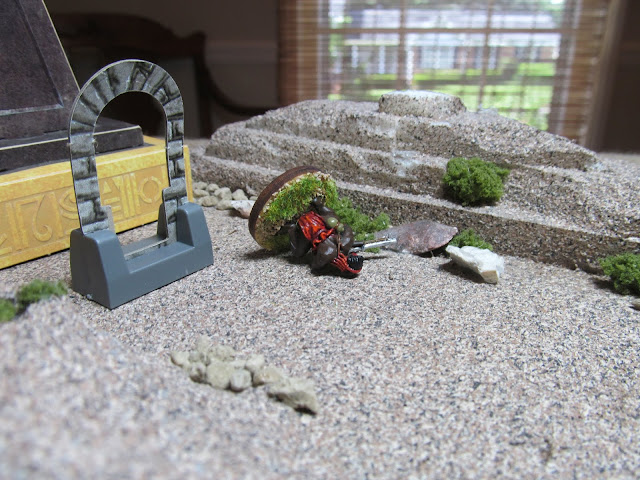 . . . with fatal results for the sniper. 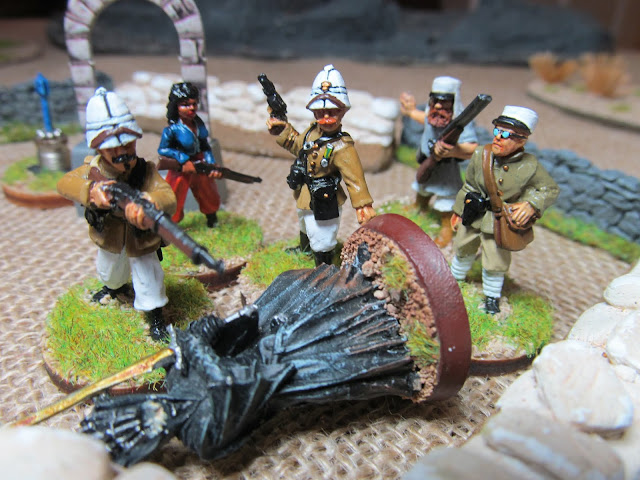 On the last turn the Witch King fails his pluck roll to get back up and is captured.  Now what we do with him?

The final score was French Foreign Legion 36 and Witch King 6.  The superior fire power and bayonet drill (plus with some good die rolls) did in the troglodytes which have been usually deadly in Fights.  The other big difference in this game was the use of the Mesmerism talent to keep the Witch King out of most of the game and having two figures with the Medic talent to keep the Legion in the fight.

With the Witch King in Legion Custody, what next? 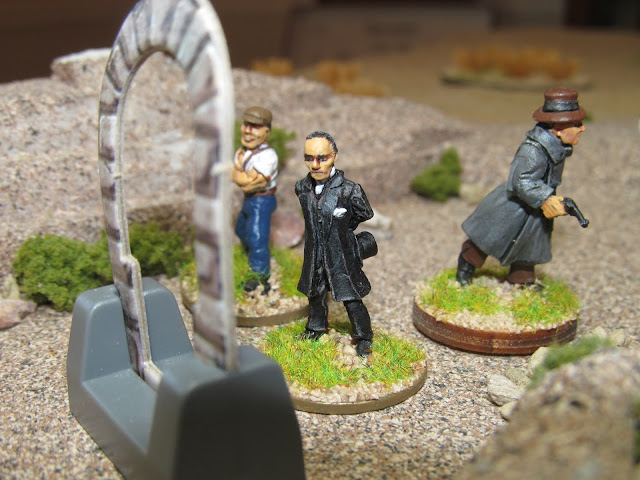