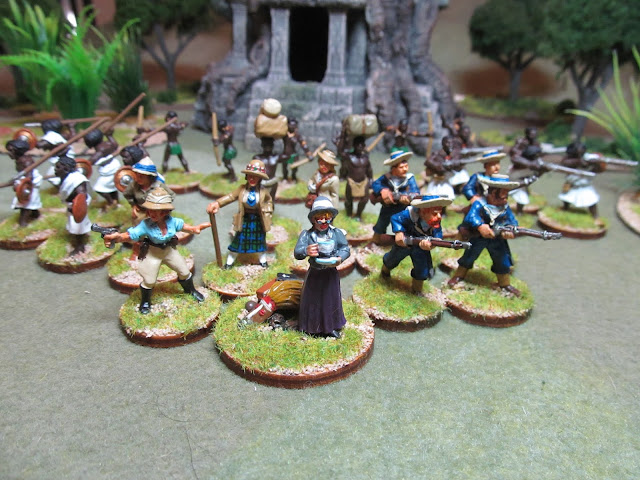 None strike fear in the heart of the Zanzabari and Arabs slavers (other than Lord Greystoke) than Lady Prudence Fiona Throckwaddle, of the North Piddle Throckwaddle's. A formidable woman (just ask her deceased husband, Lord Throckwaddle) she has lead numerous anti-slavery raids and most famously, she guided the raid at Iringa, which liberated more than 700 slaves. Though not popular with the German Authorities in the area (the infamous tea party incident with Herr Doktor Professor Oberst (Ret.) Sanders) they grudging allow her much latitude in her operations as she is a signatory of the "Alliance" in the Secret War.  Baroness Grete Wölfflin has been assigned by Herr Doktor Professor Oberst (Ret.) Sanders as the Imperial German Liaison to the Anti-Slavery Leauge. 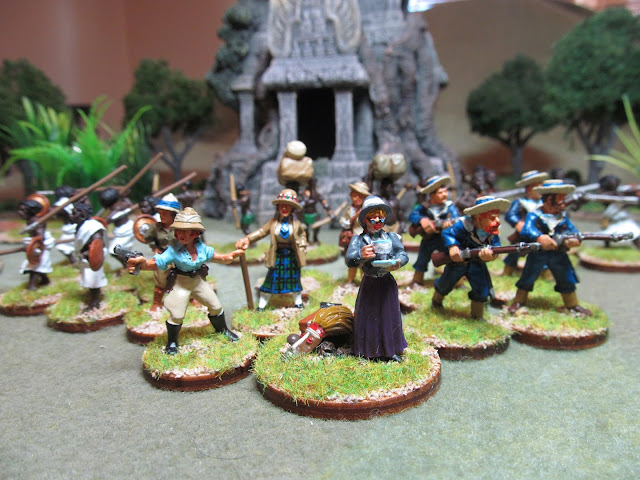 Eunice Montjoy pulls her pistol to the left of Lady Throckwaddle while Lady Imogen Millais-Scott walks up with her sword cane. 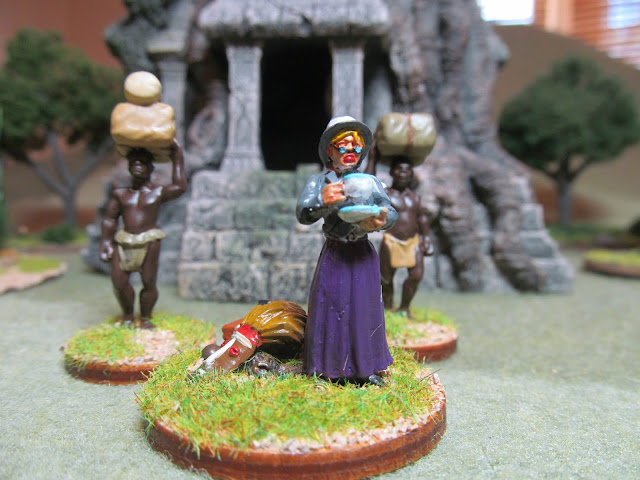 
Many a man has regretted getting in the way of Lady Prudence Fiona Throckwaddle of the North Piddle Throckwaddles.  Not only is she from North Piddle and exhibits the eccentricities of that area, but is supposedly the amour of one Captain Nemo. Famous for the tea parties she throws, there is still some controversy about the fried chicken that was served when Herr Doktor Professor Oberst (Ret.) Sanders attended. 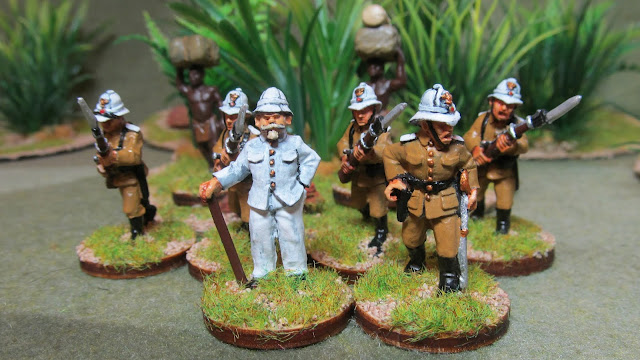 Though a formidable - but caring woman, she shows no mercy to slavers.

Note: Rules for Native bearers are in 8.4.2 of In Her Majesty's Name. 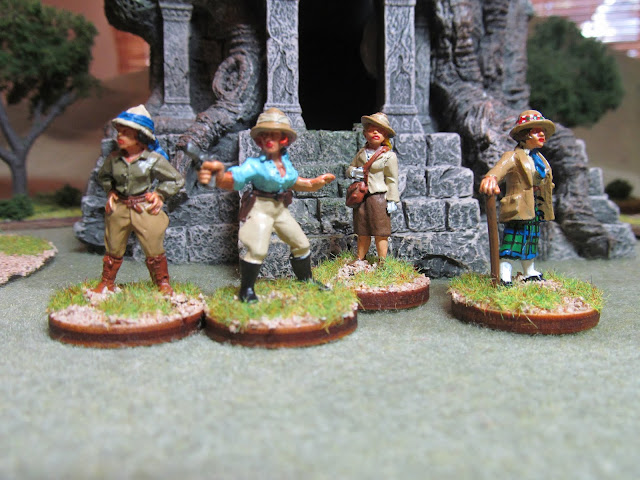 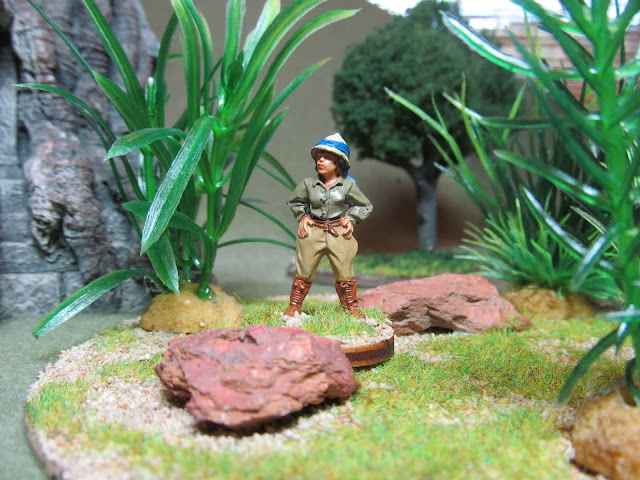 
Tuppence was a member of the Suffragettes until she decided to assist Lady Prudence with her medical skills and her unnatural hatred toward the slavers. Rumor has it that the slavers have her beau locked up in some secret palace . . . 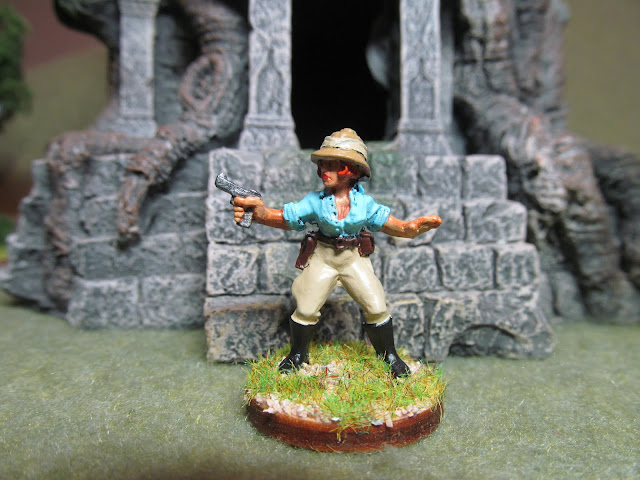 
Not much is known about Eunice Montjoy except that she has an American Accent and a love for large caliber handguns.  Her unnatural beauty leaves a trail of disappointed men in her wake and she searches for the one . . . 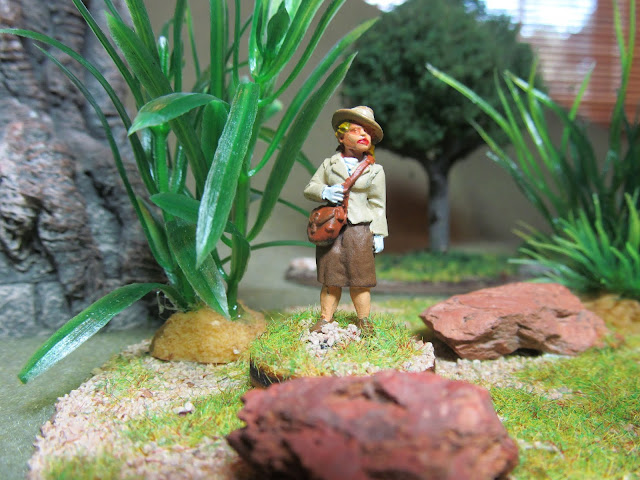 
Baroness Grete Wölfflin is an independently wealthy German noble who is second cousin to the grand nephew of the Kaiser.  She is one of the greatest intelligence agents in the Imperial Service and also has a very unusual, how should I put it, unique talent. She's a werewolf. 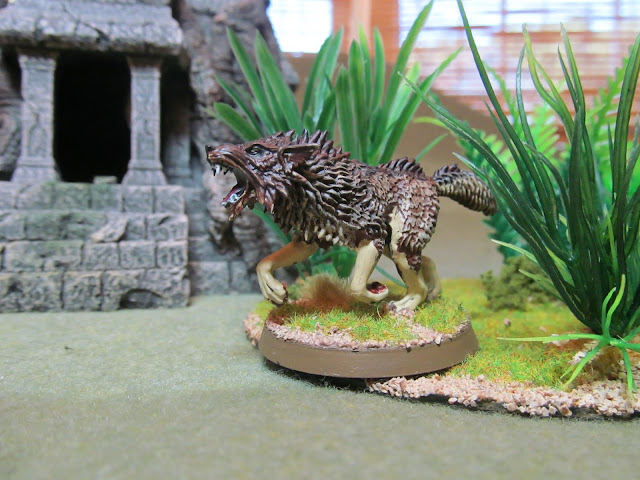 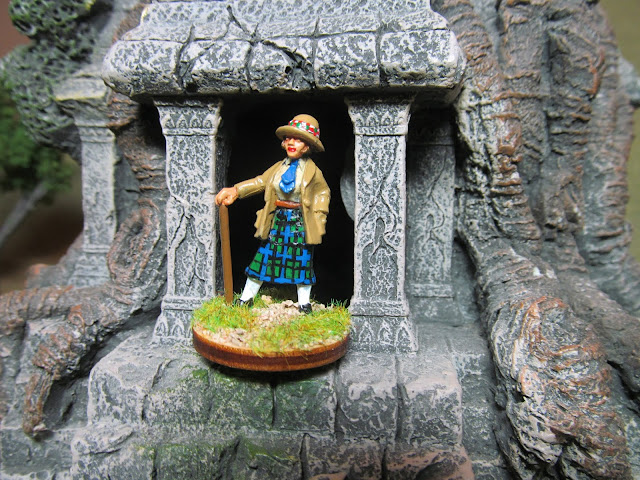 
Lady Imogen is a scion of the Campbell Clan and married to the notorious womanizer, Lord McDonald French Friez Scott. One evening Lady Imogen found him with a companion who should have not been his companion, and one thrown whiskey bottle later, French Friez Scott was unconscious. Since Scottish law forbid duels of honor between spouses, Lady Imogen left the hapless McDonald for bigger things (or was it burger king?) Lady Imogen met Lady Prudence on a steamer to Africa and have been friends since. 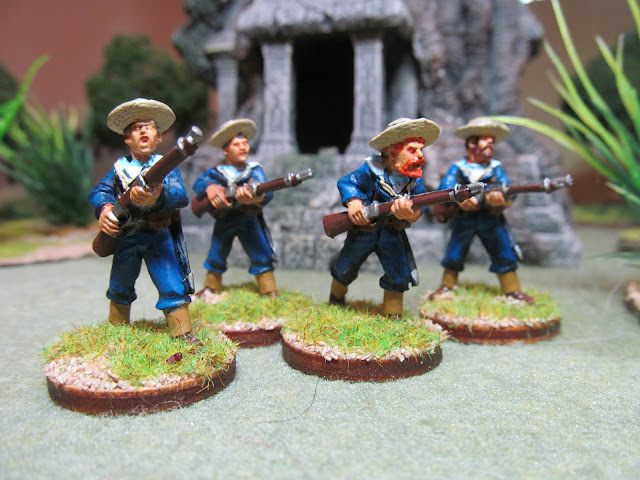 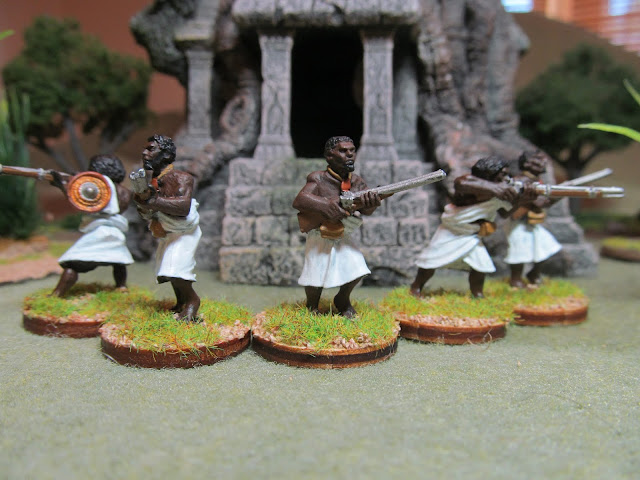 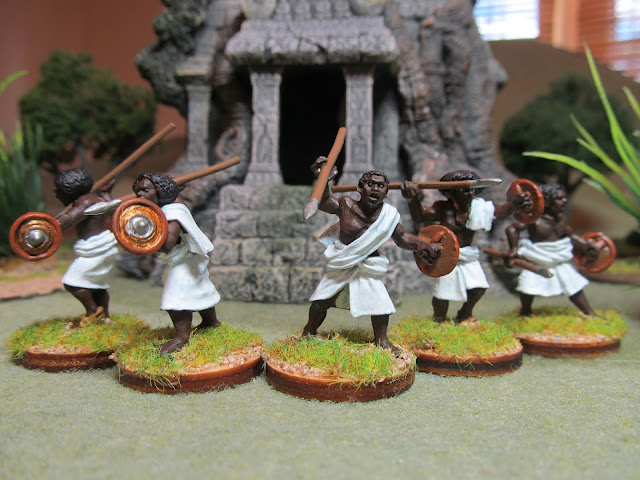 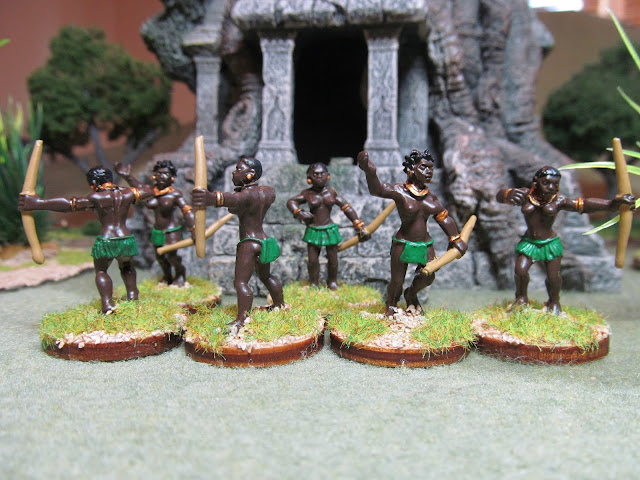 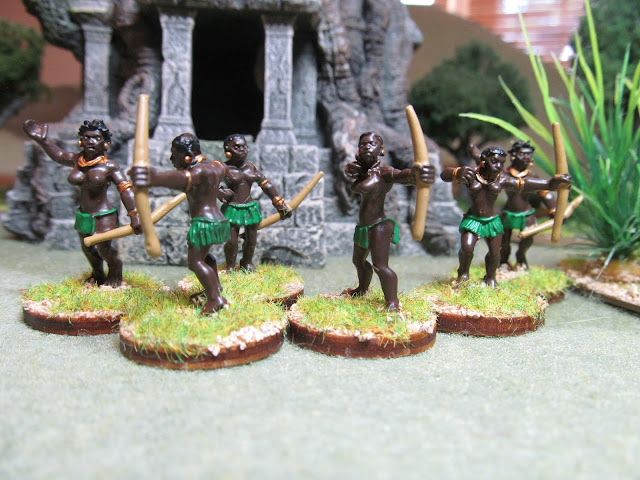