IHMN: The Rise of the Vigilantes (Episode 5.9) 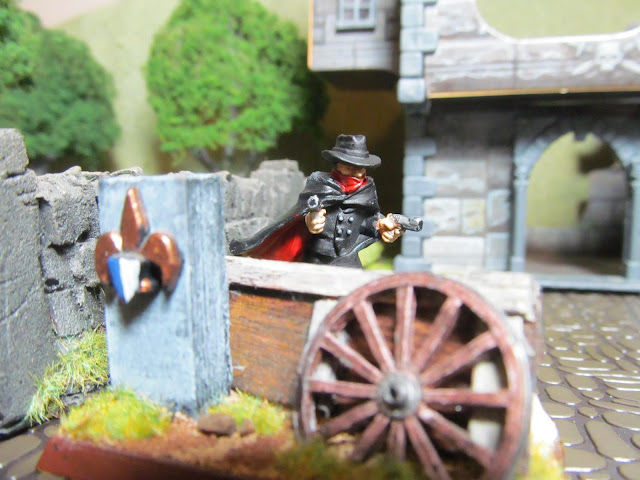 "Who knows what evil lurks in the minds of men? The Shadow knows!"

In 1895, with the government's of the world actively engaged and committed to the open warfare of what history will refer to as the "War of the Witches" many police forces are tied down following leads or conducting special operations. This has lead to criminals and criminal gangs becoming bolder as they take advantage of the innocent population. And as nature abhors a vacuum, there are men and women who emerge and take justice into their own hands. Following the lead of The Shadow who almost decimated Professor Moriarty's gang in North Piddle, England, others, to the dismay of the governments of the world, have also risen to the challenge. 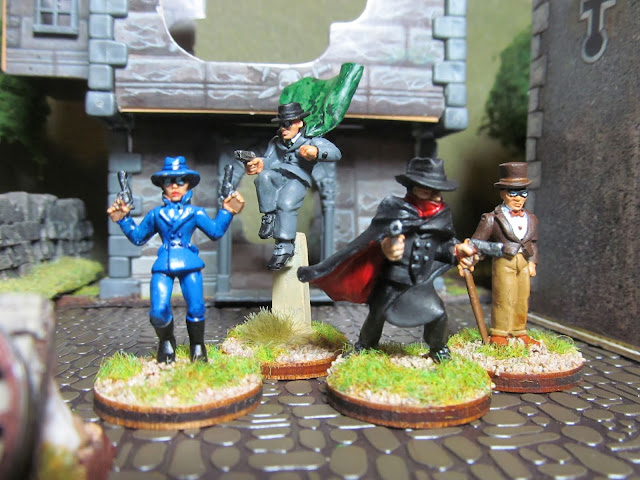 Left to Right: The Lady in Blue AKA Lady Blue, The Wasp, The Shadow, and Lord Top Hat. 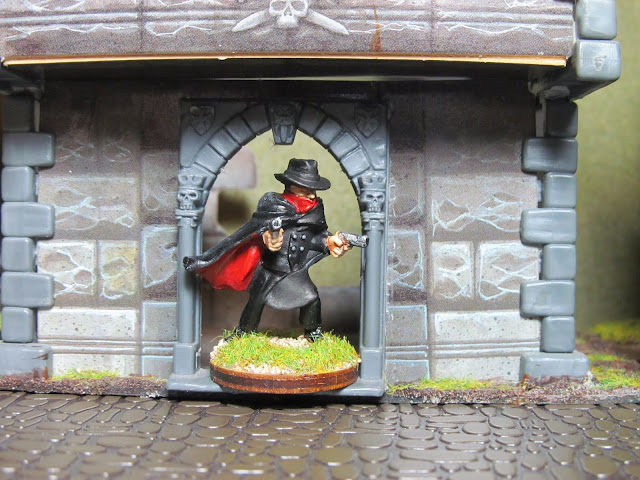 The profile for The Shadow can be found HERE.

The Lady in Blue AKA to the general populace as Lady Blue is an American who is currently operating in the United Kingdom. The papers and others are unsure why an American is in their country decimating bad guys; but, a certain consulting detective has deduced her real identity and her thirst for vengeance. 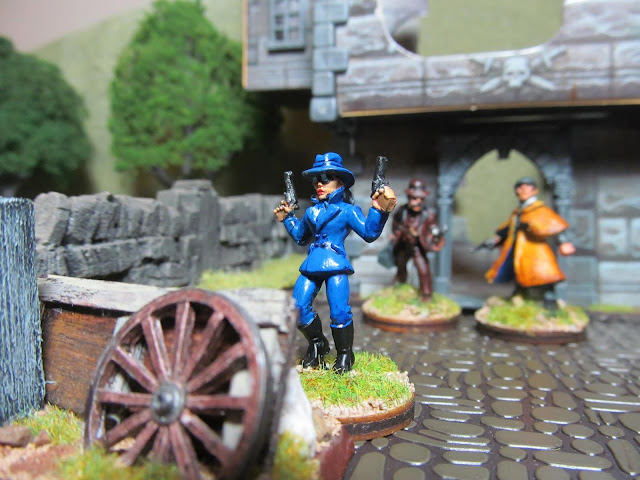 "Look Watson. It's the woman." 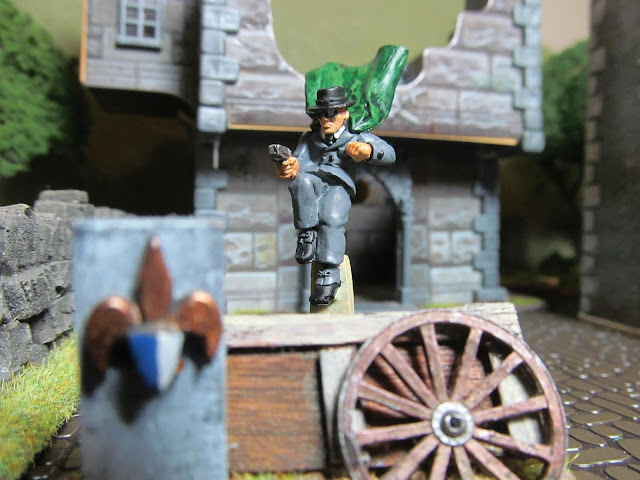 Ernest Alfred Thompson Wallis Budge is an English Egyptologist, Orientalist, and philologist. Though he came from the working class, he became a scholar who worked for the British Museum and published numerous works on the ancient Near East. He made numerous trips to Egypt and the Sudan on behalf of the British Museum to buy antiquities, and helped it build its collection of cuneiform tablets, manuscripts, and papyri. He published many books on Egyptology, helping to bring the findings to larger audiences.

In 1891, Budge was assigned by the British Museum to investigate why cuneiform tablets from British Museum sites in Iraq, which were to be guarded by local agents of the Museum, were showing up in the collections of London antiquities dealers. The British Museum was purchasing these collections of what were their "own" tablets at inflated London market rates. Edward Bond, the Principal Librarian of the Museum, wanted Budge to find the source of the leaks and to seal it. Budge traveled to Istanbul and at one of the excavation sites, "bonded" with a magic carpet which forever changed his life. An intelligent and amateur inventor, he devised a mechanical device that he attaches to his left wrist and calls the "Wasp's Sting" that fires knockout darts. 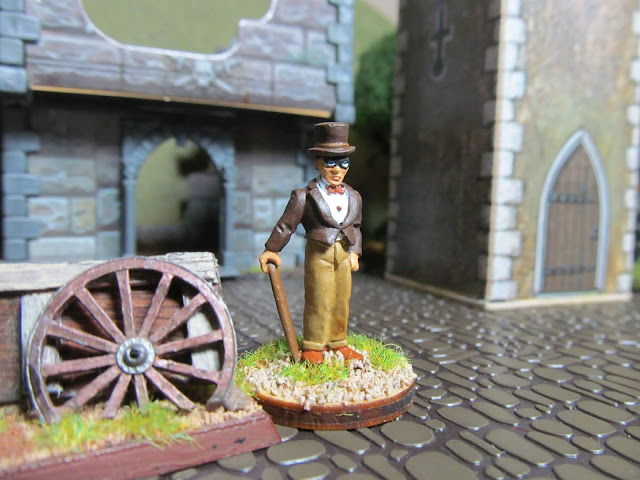 It is obvious to all, from his speech, that Lord Top Hat is a member of the British aristocracy. In fact he was born in Oxfordshire to an extremely wealthy aristocratic family; his father was a British Lord and his mother was from an American family whose substantial wealth derived from finance. An excellent shot who carries a sword cane, he has been especially effective in the British countryside assisting the local constabulary with the outbreak of criminal gangs and other "strange" occurrences.  In January 1895, his father died; this led Lord Top Hat to adopt the belief that members of his family inevitably died young. He turned down a commission in the Fourth Queen's Own Hussars and convinced himself to become a reckless, fearless vigilante. His name is Winston Leonard Spencer-Churchill. 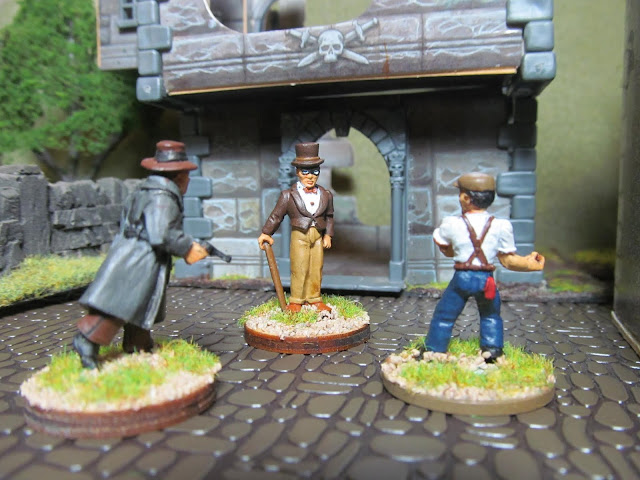 Two ne'er-do-wells are about to have an unpleasant encounter with Lord Top Hat. 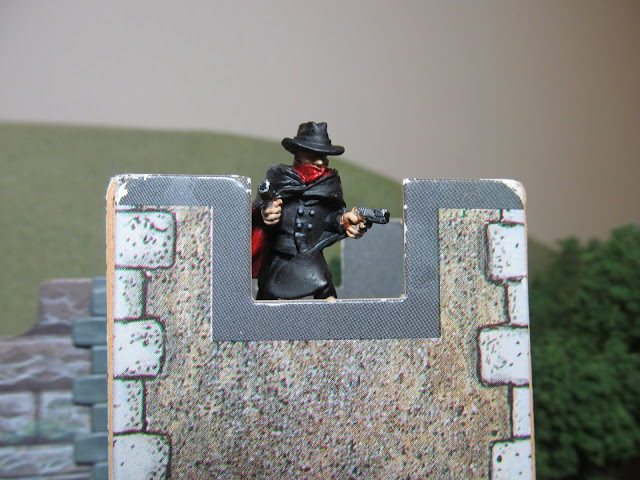 Email ThisBlogThis!Share to TwitterShare to FacebookShare to Pinterest
Labels: In Her Majesty's Name, Pulp Figures, The War of the Witches, Victorian Sci Fi