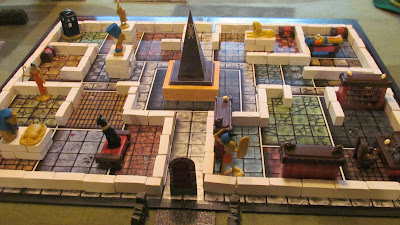 A view of the interior of the British Museum Storage Annex near North Piddle, England.

Just another typical day in North Piddle, a small civil parish in the Wychavon district of Worcestershire, England, that saw a spirited "competition" that took place in the British Museum Storage Annex just outside of town.  Rumors of ancient artifacts, mysterious curators and heinous crimes against the British Empire will bring three adventuring companies together in a rousing tale of mayhem, broken weapons and laughter. The British Museum Storage Annex is just down the road on the outskirts of Thistleberry Downs Farm.  The Imperial Chinese adventuring company pose for a group shot right before the action.

Here are the objectives for the companies:

The Imperial Chinese:  Capture the mysterious "caretaker" of the annex for nobody really knows WHO he is. (20 VPs)  In addition, if you find the ancient Scroll of Tie Sung grab it! (10 VPs) In addition you have a bomb that you can set off on to start the game that will blow open the door to the annex. 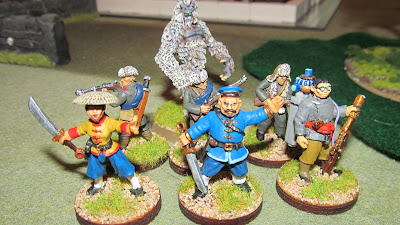 We are still trying to figure out how the Yeti got through British Customs.

Scotland Yard:  Prevent the ancient Scroll of Tie Sung from being stolen! (20 VPs)  If you discover any other plots, you get some extra points. (10 VPs)  Sherlock Holmes, Doctor Watson and the good men of Scotland Yard are hiding in the farmhouse.  In addition they are aware of a secret entrance in the rear of the annex. 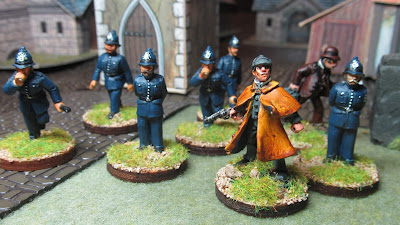 Teddy Roosevelt and Friends:  Bully!  Leave it up to the British to leave a mysterious visitor WHO claims to be a DOCTOR to be unsupervised and vulnerable to kidnapping by your old nemesis The Witch King of Sokur (is he even in this game?) Escort that man to safety! (20 VPs).  Oh, and if there is anything else laying around, grab it. (10 VPs) 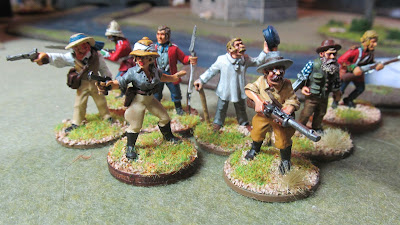 Next:  We learn why bombs don't go off and Chinese arc rifles are cool, that it is hard to find a secret door that does not exist, that someone's mummy is wondering around and WHO the heck is that DOCTOR in the annex? 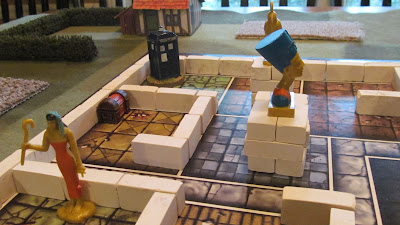