I was reorganizing files on my expansion drive and found these old 40K Epic/Space Marine pictures.  Back in the mid 1990's I gamed with a great group of men from the Fort Monroe, VA area (I'm looking at you Mark Edgren).  That group of men provided some of the greatest gaming experiences of my life and we got hooked on Space Marine.  Here are some of the pictures of my forces.  The figures are 6 mm scale which is not really that hard to paint - just go for a unit look not individual figures.  The other cool thing about science fiction game is just to let you imagination go wild. 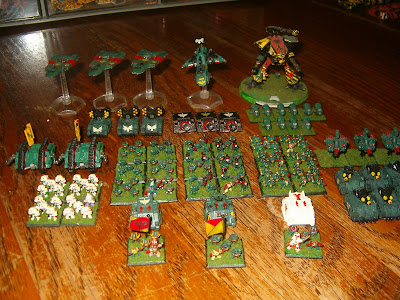 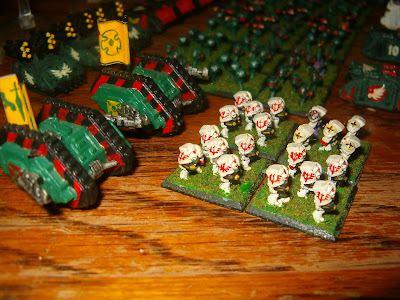 Dark Angel Terminators with transports. Note that I have one of the stands facing backwards by mistake! 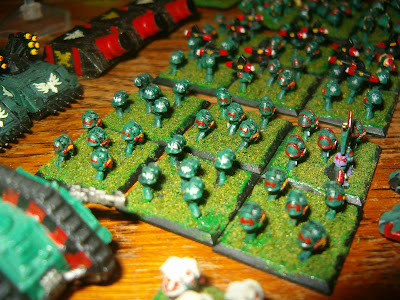 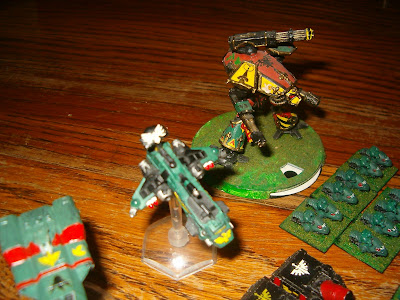 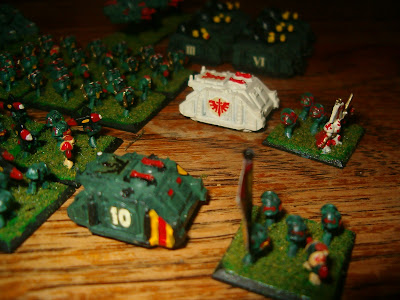 One of the platoon leaders and the medical team. 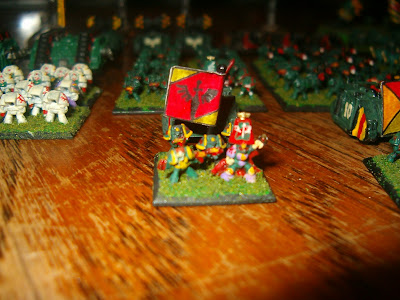 The Company commander of the force. 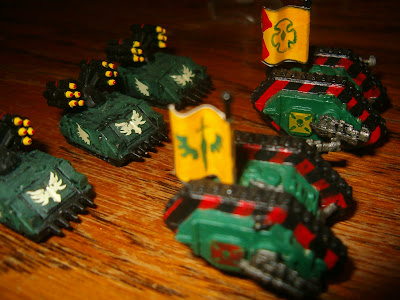 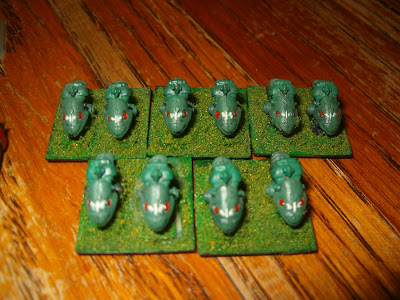