One of my favorite historical and gaming periods is the Late Roman/Dark Ages period.  I have gamed the period in 15 mm with DBM and in 28 mm with Warhammer Ancients.  One day perusing Issue 62 of  Wargames Soldiers & Strategy I came across an article and scenario written by Steve Jones for the Osprey Games rules Dux Bellorum.  His Romano-British armies mounted on a 120 mm frontage were impressive.  I bought a set of the rules, played a few games with sabots and was hooked.  I was determined to re-base my units on 120 mm frontages and have never regretted doing so. 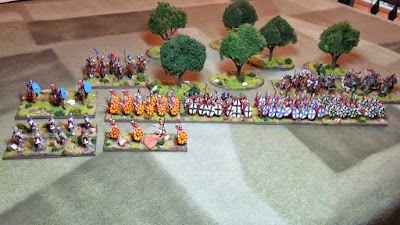 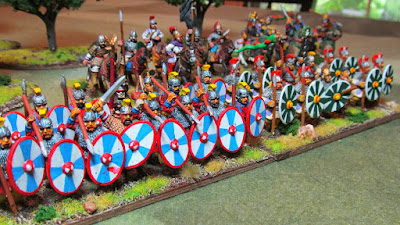 Shieldwall infantry with the Roman general and cavalry behind. 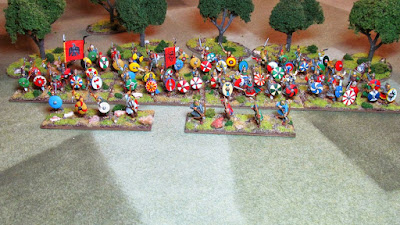 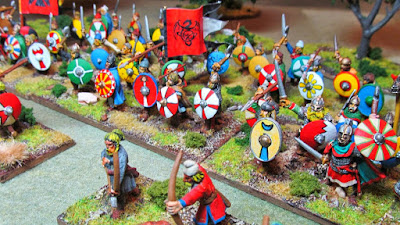 Once I was finished re-basing, I had leftover Late Romans, Western Barbarians, some Roman Cavalry and assorted mounted Germanic cavalry.  How could I not do Dark Ages Britain without King Arthur?  With what I had leftover I'm able to do four units of Riders, two units of Shieldwall and once unit of mounted skirmishers.  For any dismounted skirmishers I decided I could borrow from the existing Late Roman and Early Saxon armies. 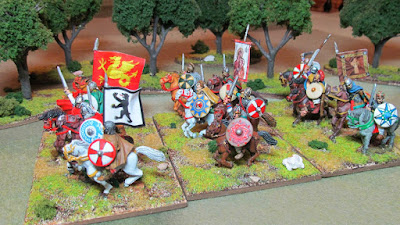 The first three stands of cavalry.  Figures are a mixture of Wargames Foundry and Old Glory.  Arthur's unit is the one with 2 flags.

As gaming projects come and go I had put off repainting the rest of the cavalry and Late Roman infantry that would make up the remainder of the army.  One of the clear goals I set for myself this year was completing King Arthur's forces.  Here is a photographic journey of the start of the conversion: 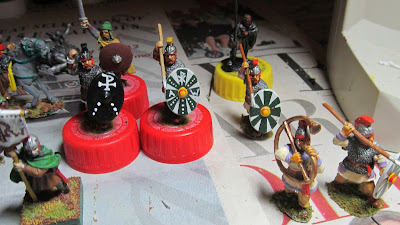 Mostly Wargames Foundry Late Romans that I have started to repaint tunics and shields. 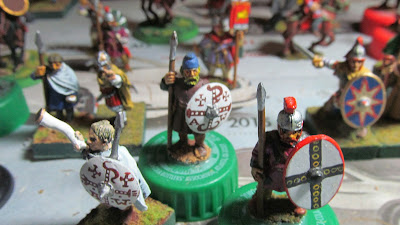 Various figures from the period that are joining the forces of the Pendragon. 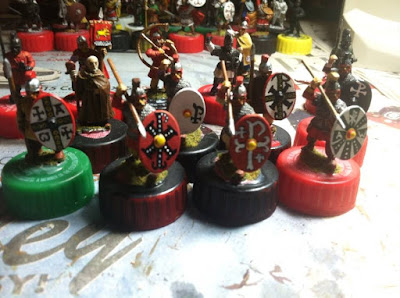 As you can see many of the shield designs are based on Steve Jones's army. 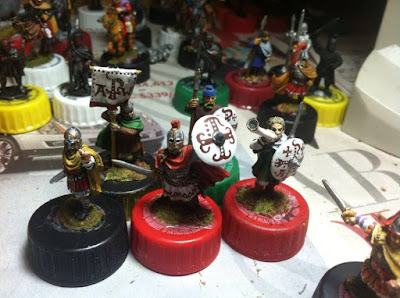 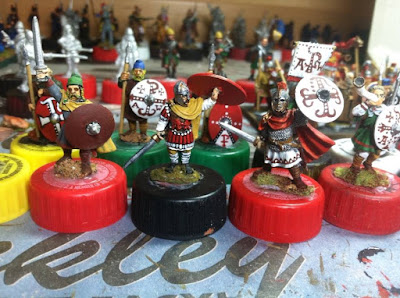 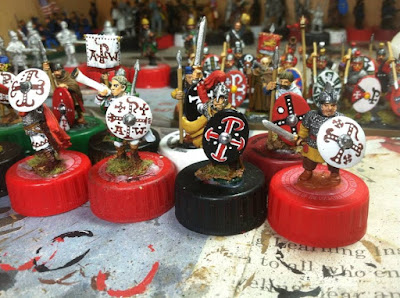 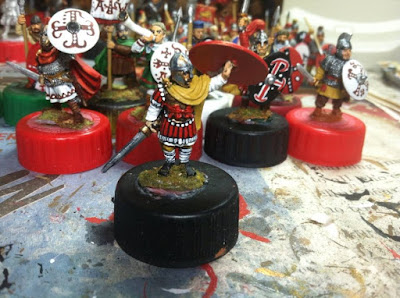 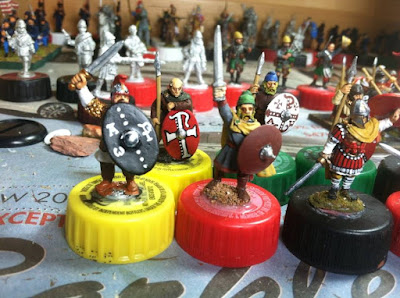