The rule set In Her Majesty's Name has reignited my interested in Victorian Colonial Gaming.  Now that Dan Mersey, one of my favorite game authors, is publishing a new set of Colonial gaming rules called The Men Who Would Be King, I am working on units that can double for both rules.  I recently was able to purchase many Artizan Design figures from their Second Afghanistan War range do I hastily painted a test figure as a guide for my generic Sikh Regiment.

My goal for painting figures is not for each figure to be a masterpiece of art (thought sometimes I do!) but to have a decently painted figure that looks good from gaming distance and gets them on the battlefield in a decent amount of time.  After all, Her Majesty's Indian Army needs reinforcements.  So here is a painting guide for a Sikh Infantry figure.  All paints are Vallejo unless otherwise stated. 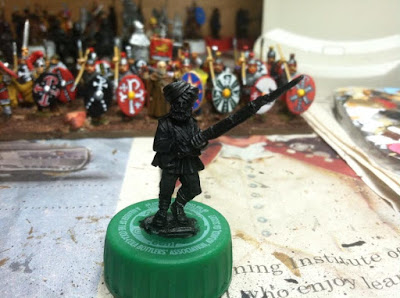 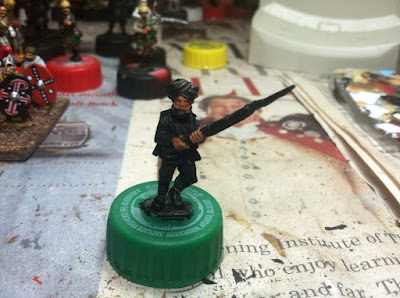 Areas of the skin are painted with GW's Dwarf Flesh. 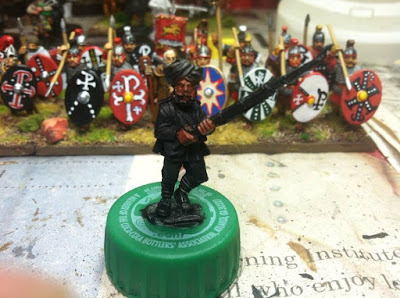 I used a Brown wash over all of the skin area.  I found out later that I forget to paint the back of the neck! 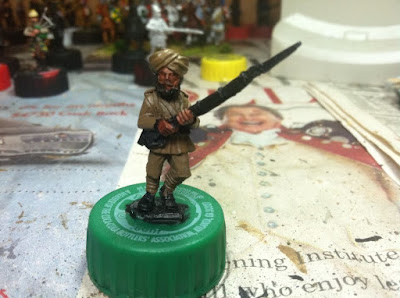 The jacket, pants, turban and puttee are painted with US Field Drab. 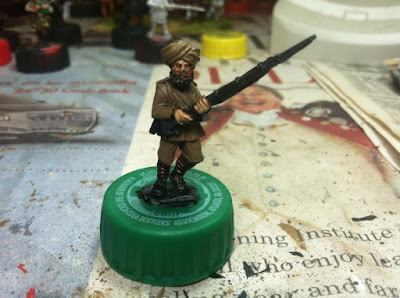 Dark flesh on the high points of the face and other skin areas and GW's Flesh is added to the puttees. 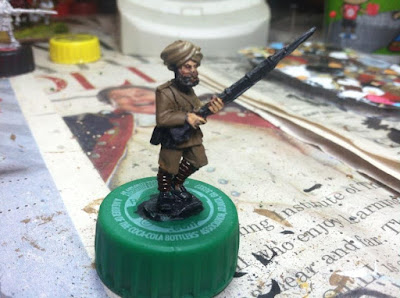 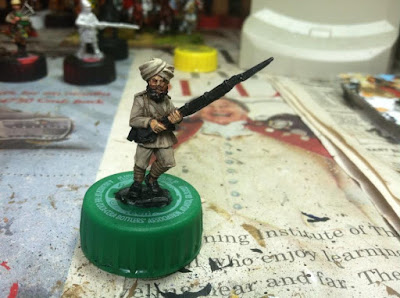 Second coat for the jacket, pants and turban using MSP buff.  I added another coat of US Field Drab on the puttees being careful to "stay in the lines". 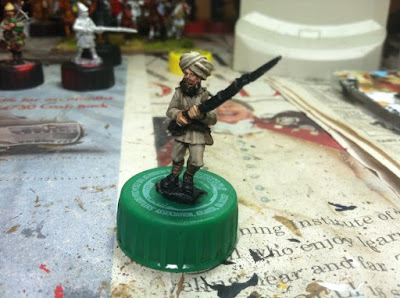 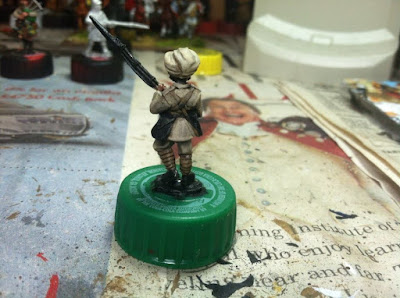 . . . and here is when I noticed I had not painted the back of the neck! 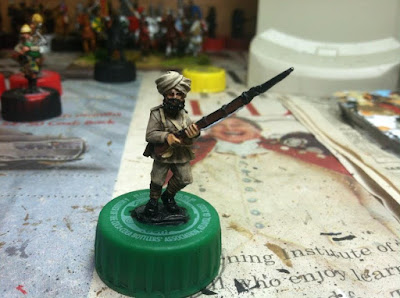 Straps and webbing are Buff while the rifle is painted Flat Brown. 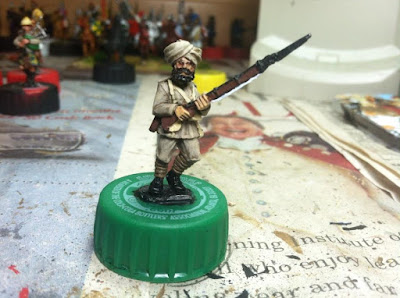 Canteen and bayonet scabbard are painted Flat Brown and the sling for the rifle is Flat White. 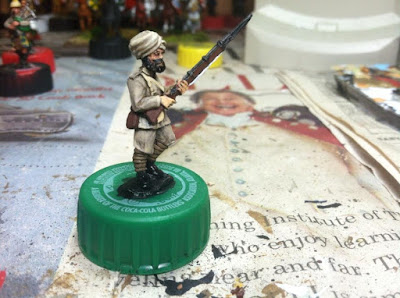 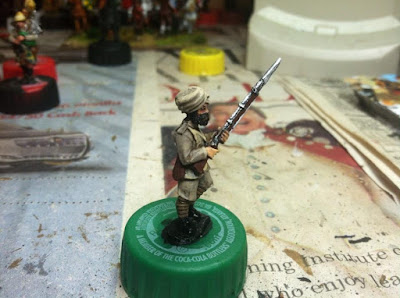 For the metal on the rifle I used Natural Steel and then highlighted with Shiny Silver.  Bayonet is just Shiny Silver. 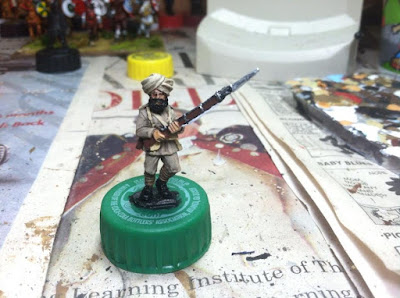 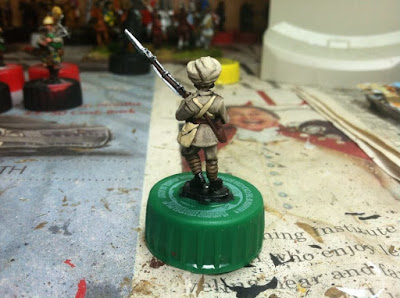 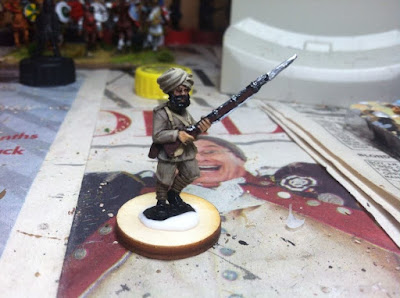 The figure is mounted on a 3 mm plywood base with a 25 mm diameter by Litko. 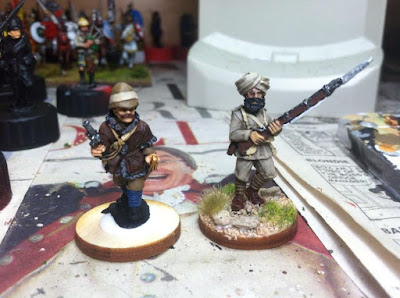 The completed figure.  After I mounted the figure I decided to paint the boots flat brown.  He is standing next to his commanding officer.

Email ThisBlogThis!Share to TwitterShare to FacebookShare to Pinterest
Labels: Artizan Designs, Colonial Gaming, In Her Majesty's Name, Lit, The Men Who Would be Kings, Vallejo Paints, Victorian Sci Fi