IHMN: The Americans (and Oz) in the War of the Witches, Part 3 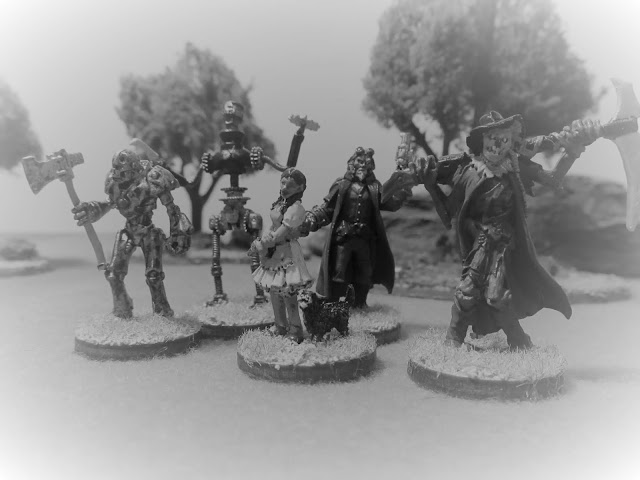 From the private journal of Dr. John Watson, MD:  It was disturbing to see that great mind in such melancholy as he recovered during that fateful year of 1894.  As I had finished my practice for the day, and my wife was with her family, I decided to drop in on my old apartment and to make sure that Mr. Sherlock Holmes had not further sunk into depression and was once again experimenting with exotic drugs and concoctions of his own devising.  When I arrived, much to my surprise there was a young girl sitting in his room with the most amazing poodle I had ever seen. She was sweet tempered, a round rosy face and big earnest eyes filled with awe.
"Oh Watson, there you are.  May I introduce to you Miss Dorothy Gale of Kansas?"
I bowed politely, and Holmes must have seen the quizzical look on my face as I glanced at him.
"That's right Watson - it's time to get the Americans in the fight."

1. Dorothy Gale and her Untouchables. Dorothy Gale of Kansas is a forthright and take-charge character exhibiting no fear. She is not afraid of angering the Wicked Witch of the West or any other evil creatures that may cause harm to her beloved Oz. Now that the Witch King of Sokur has discovered the Tesla Gates as a way to cross the Deadly Desert, he has applied his evil ingenuity, with magical assistance, or through unusual natural phenomena to cross and not have his followers turn to sand or die from the noxious fumes. 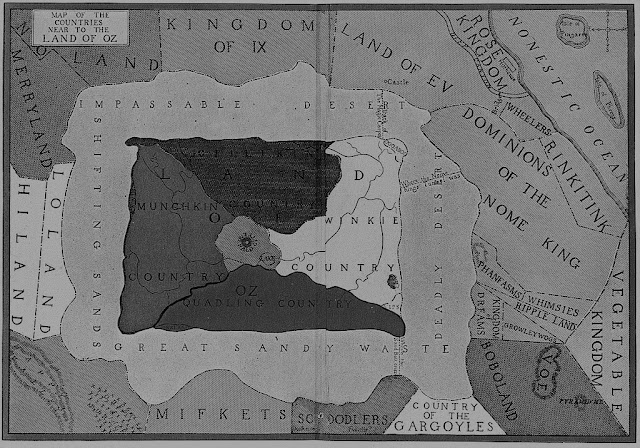 Mr. Sherlock Holmes has a heat dissipation electronic wireless amplifier that allows him to communicate with Princess Ozma of Oz. Ozma immediately dispatches Dorothy, the Scarecrow, the Tinman, the Lion, the Clockwork man and of course, Roscoe the War Poodle, led by Dorothy, against the menaces of the the evil witches. 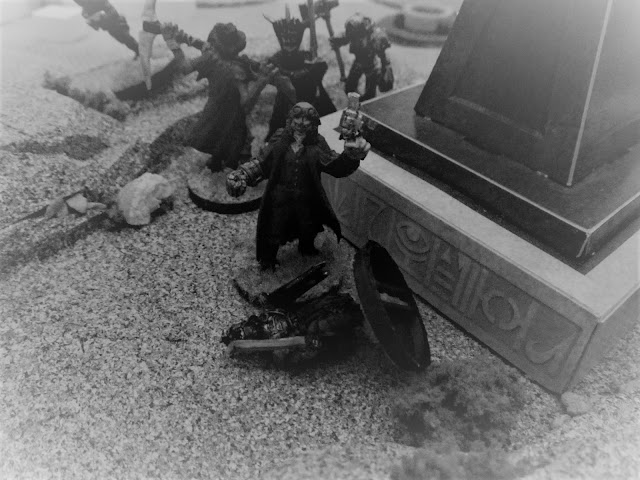 The Lion attacks the troglodyte and with his steam fist punches the living daylights out of him.

2. The First Munchkin Grenadier Guards (Dorothy's Own). "She noticed coming down toward her a group of the queerest people she had ever seen. They were not as big as the grown folk she had always been used to; but neither were they very small. In fact, they seemed about as tall as Dorothy, who was a well-grown child for her age, although they were, so far as looks go, many years older." A Munchkin is a native of Munchkin Country in the land of Oz. The Munchkins are described as being the same height as Dorothy and they wear only shades of blue clothing, as blue is the Munchkins' favorite color. Blue is also the predominating color that officially represents the eastern quadrant in the Land of Oz. 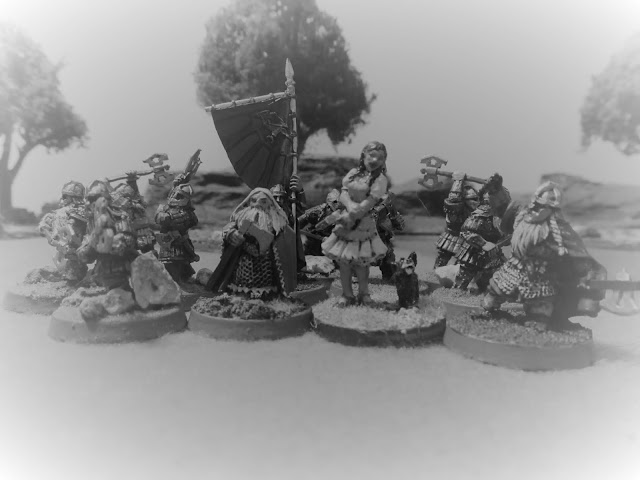 Next up: Mercenaries and Wildcards!
Posted by Neil at 12:00 AM