IHMN: The Reason for the War of the Witches - The Witches! 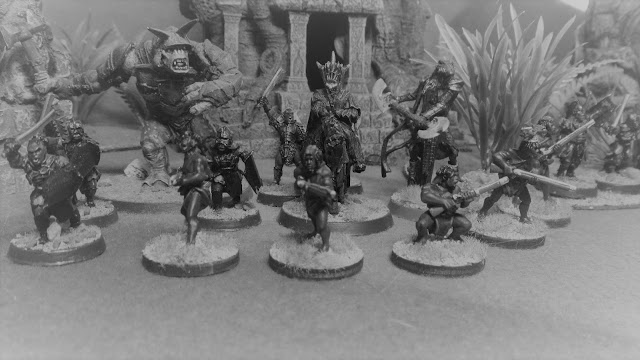 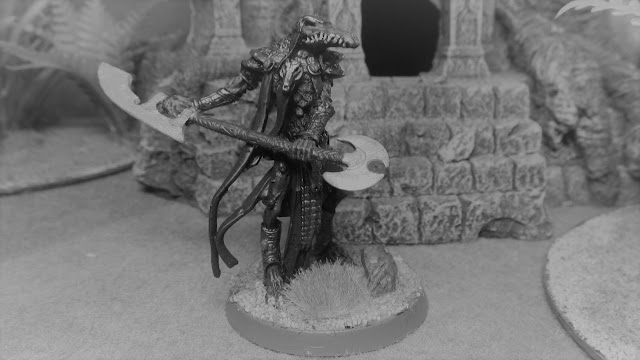 It was a wild, tempestuous night, towards the close of November. Holmes and I sat together in silence all the evening, he engaged with a powerful lens deciphering the remains of the original Necronomicon, a feat I was regretting might drive him to madness.  It was strange there, in the very depths of the town, with ten miles of man's handiwork on every side of us, to feel the iron grip of Nature, and to be conscious that to the huge elemental forces all London was no more than the molehills that dot the fields. I walked to the window, and looked out on the deserted street. The occasional lamps gleamed on the expanse of muddy road and shining pavement. A single cab was splashing its way from the Oxford Street end when Holmes suddenly shouted," That American, that foolish American!"
"What is it?" I asked.
"Roosevelt.  That foolish Roosevelt.  The Witch King has the Jewel of Chance."
"I have no idea what you are referring to my dear Holmes.  Who is the Witch King?
"Well, Watson, it's as well we have not to turn out tonight.  HE wants us Watson.  HE wants us."

1. The Witch King of Sokur. There are mysterious rumors and legends of lost cities and ancient horrors that still exist in unknown parts of the world. Forbidden, dark, esoterically veiled knowledge drives the Witch King of Sokur to field one of the most dangerous adventuring companies In Her Majesty's Name.  It is not even know if the Witch King is human, and rumors abound that he is one of the "old ones."  Regardless of the truth, he has human servants and strange sub-human creatures that do his bidding as he collects ancient artifacts for his nefarious purposes . . . 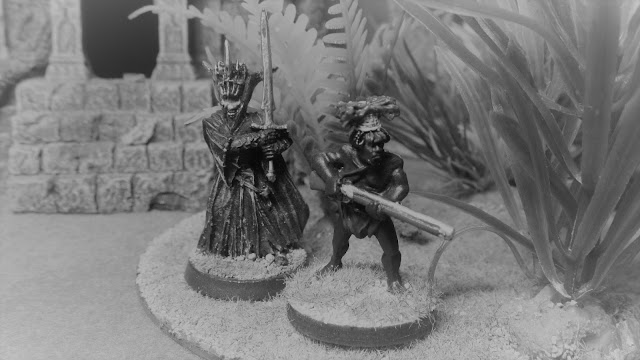 "Ph'nglui mglw'nafh Cthulhu R'lyeh wgah'nagl fhtagn."
Using ancient arts, it is said he can breath dragon's flame and carries a supernatural sword.  He too is searching for artifacts long thought lost that can help his power grow and rumor has it that he is attempting to allow "The Ancient Ones" return. His first, one true defeat was at the hands of Princess Dorothy Gale of Kansas.  His last known whereabouts is on the Island of Astragard . . .

2. The Wicked Witch of the West. Serbian-American engineer and physicist Nikola Tesla made dozens of breakthroughs in the production, transmission and application of electric power. Once such discovery were "portals" which allowed instantaneous travel between portal gates.  Unfortunately, this allowed a vial creature to cross the burning desert from Oz . . . 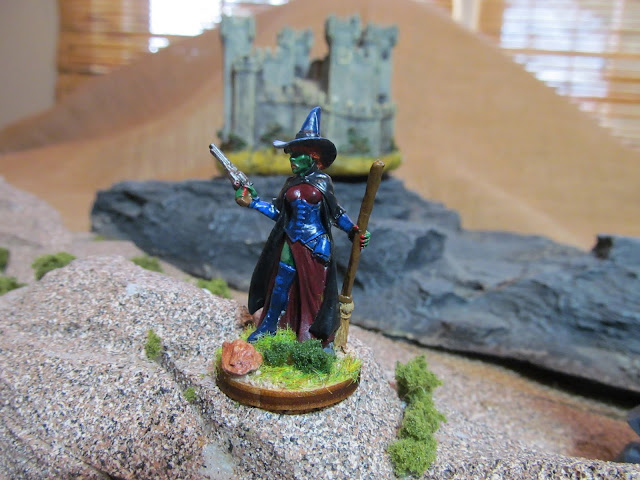 The Wicked Witch of the West is the malevolent ruler of the Winkie Country. This is not the pathetic woman who accomplished nothing in the novel Wicked but one of the most evil and despicable creatures of all time. Her wickedness had dried her up long ago and she is extremely and deathly afraid of the effects that water may have on her.  (Though this may be a rumor as evidenced by a supposed battle in the United States where she stood in a stream!). Despite her fear of water, the Wicked Witch of the West is one of the most powerful witches in all of Oz. Her power is described as being so great that even Glinda the Good Witch of the South feared her. 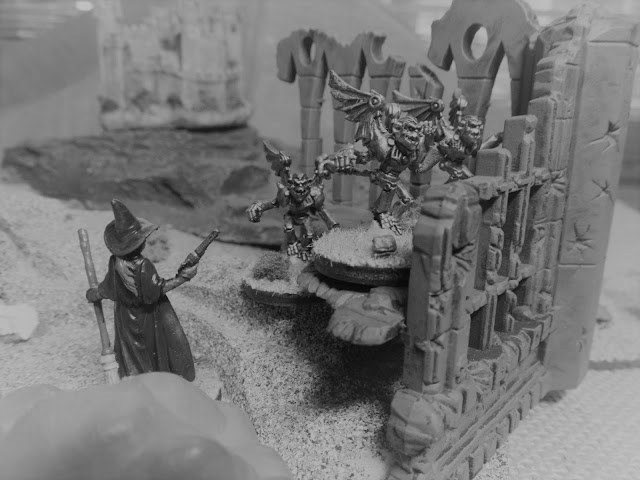 "Take special care of those ruby slippers, I want those most of all. Now fly! Fly!" 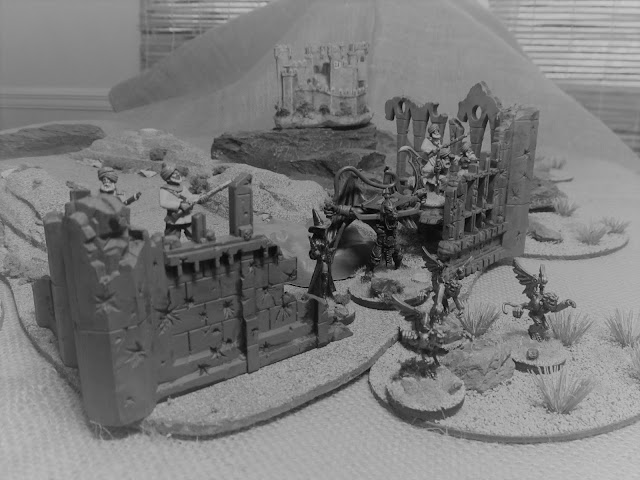 3. Omar the Magnificent (self-styled) and his League of Assassins. Omar's murderous plots are marked by the extensive use of arcane and mystical methods; he doesn't exactly not like guns or explosives, but prefers dacoits, thuggees, and members of other secret societies as his agents armed with knives, or using "pythons and cobras ... fungi and my tiny allies, the bacilli ... my black spiders" and other peculiar animals or natural chemical weapons. He does not mind however, the ole musket ball in the head trick. The exact nature of his mystical powers, and those of his unnamed assistant are unknown. He has a great respect for the truth (in fact, his word is his bond), and uses torture and other gruesome tactics to dispose of enemies. 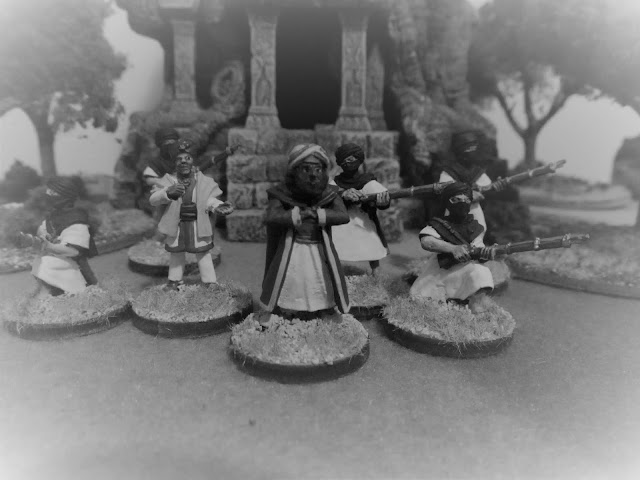 4. The Unknown Player.  Recently photographed near North Piddle, England, this Druid like man shaped entity appeared and then suddenly vanished when spotted by Inspector Stanley Hopkins of Scotland Yard.  How will he fit into what is going on in the "War of the Witches"? 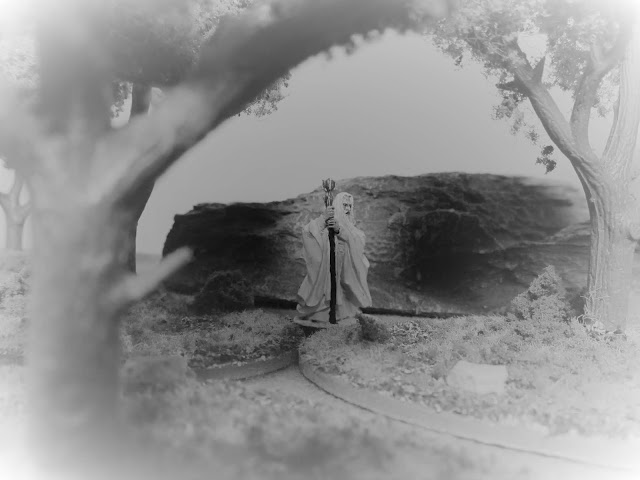 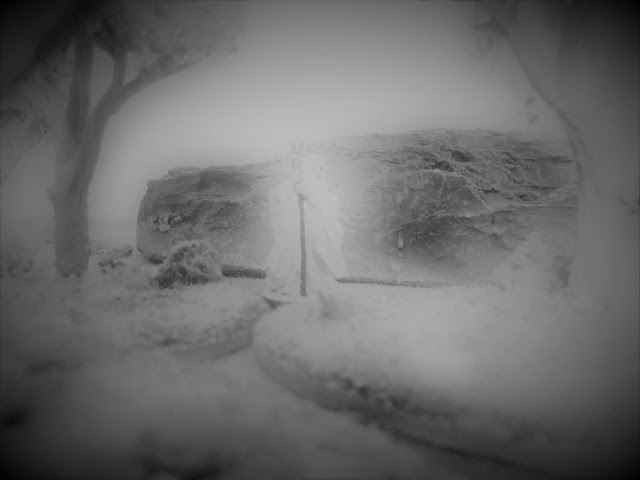 Next up: The British Allies