The latter part of 2018 was spent moving into our new dream house . . . love it!  And with most of my Honorable Sons out of the house (they do grow up) I now have a dedicated hobby room (as named by my Beautiful Bride, Chief of Staff and Minister of Finance) or as I like to refer to it - The War Room. I haven't decided yet if I'm going to build the gaming table in this room or in the garage.

Side Note: My Beautiful Bride (The Chief of Staff and Minister of Finance) refers to them as my "toys" (shudder).  I have explained many times that they are accurate historical representations in miniature . . . in other words toy soldiers, not toys. 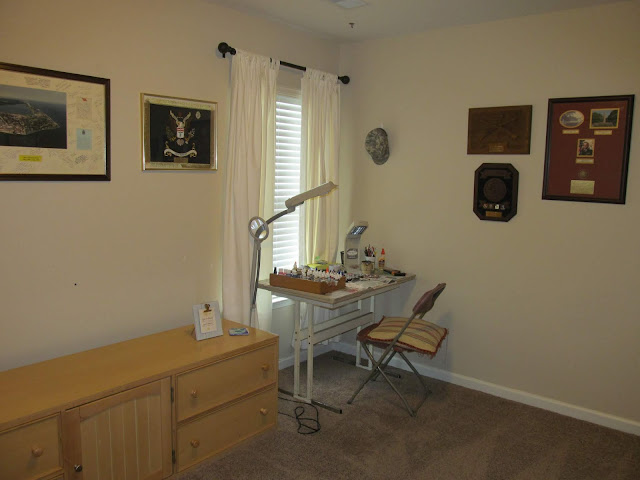 Plenty of space to paint and lay out projects. The pillow is actually to raise me up as the chair is a little to short - something to be fixed in the future. 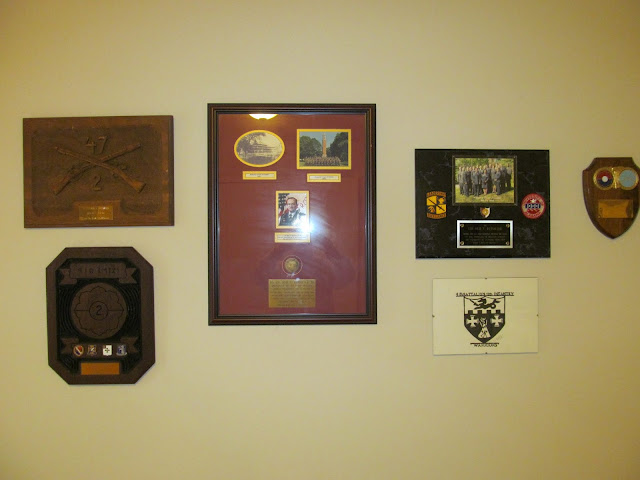 An I love me wall (as we used to refer to them when I was on active duty). 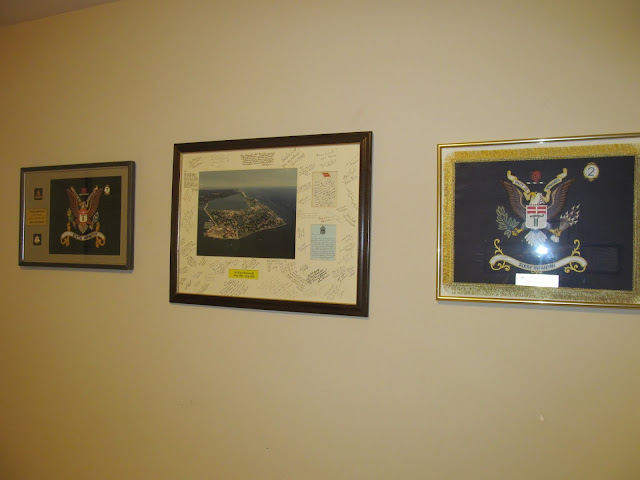 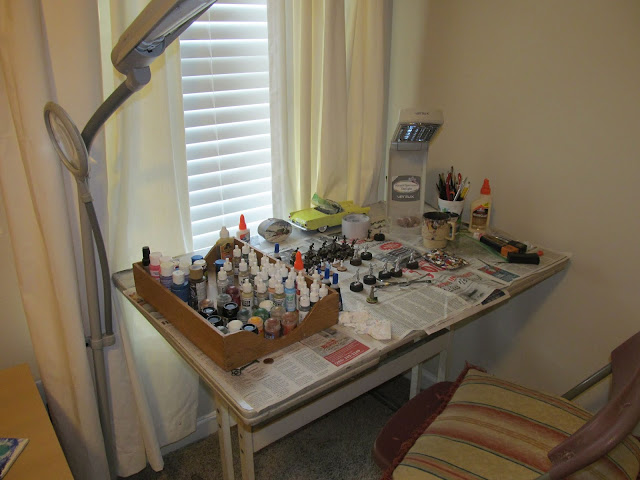 Close-up of the painting table where the magic happens. 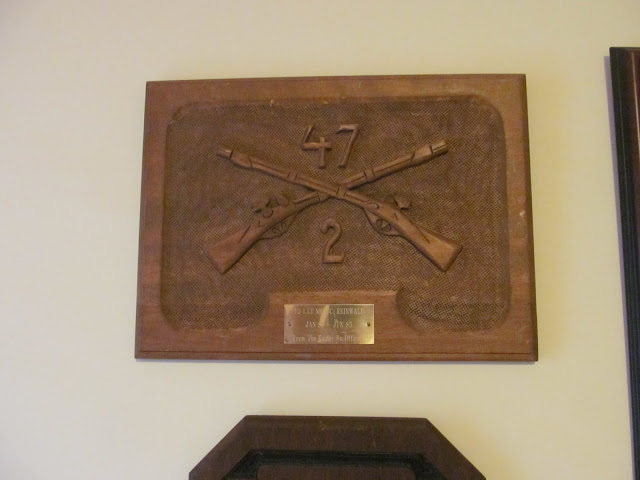 The plaques are not really "I love me" but a tribute to the men and women I served with in the U. S. Military.  My first real unit, the 2nd Battalion, 47th Infantry (The Raiders).  I served in Bravo Company and Combat Support Company. 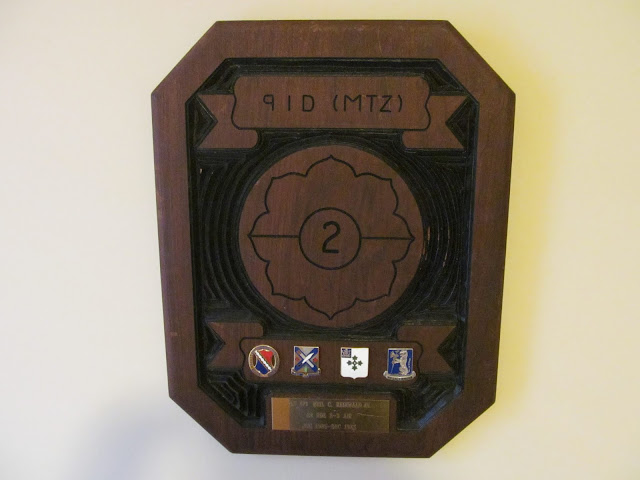 The 2nd Brigade ("Bad to the Bone") 9th Infantry Division (Motorized). Where I learned to really plan and how to get the right stuff to the right troops and the right time. 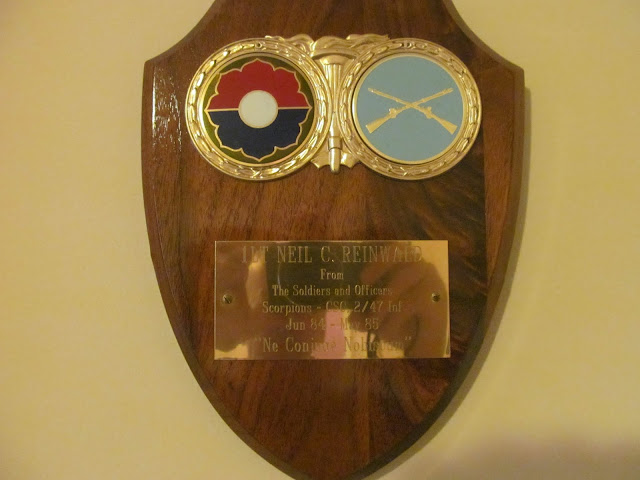 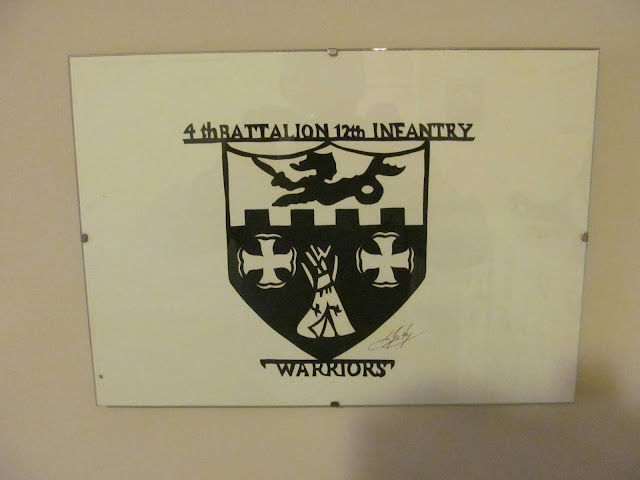 The 4th Battalion, 47th Infantry (the "Warriors" - later reflagged as the 7th Battalion, 6th Infantry) 3rd Brigade (The Iron Brigade), 1st Armored Division (Old Ironsides).  Here is where I learned to command troops in battle and there is no kill like an overkill.  I had two commands and was blessed with three excellent 1st Sergeants and 3 excellent XO's that allowed me to command.  I salute you men. 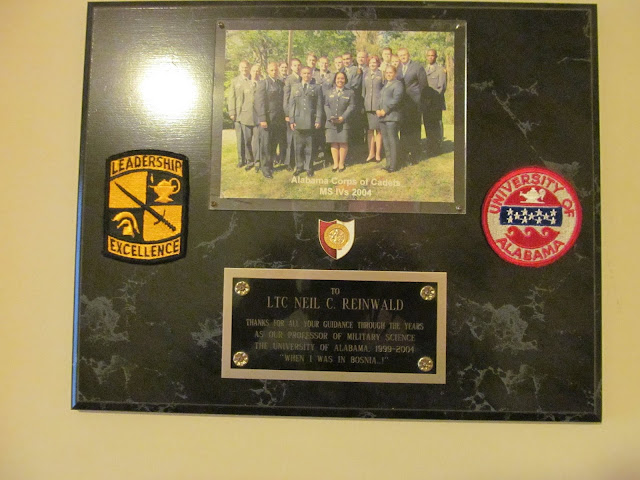 I was blessed to help train some of America's finest young men and women to become 2nd Lieutenants in the United States Army at The University of Alabama.  Built by Bama and Roll Tide! 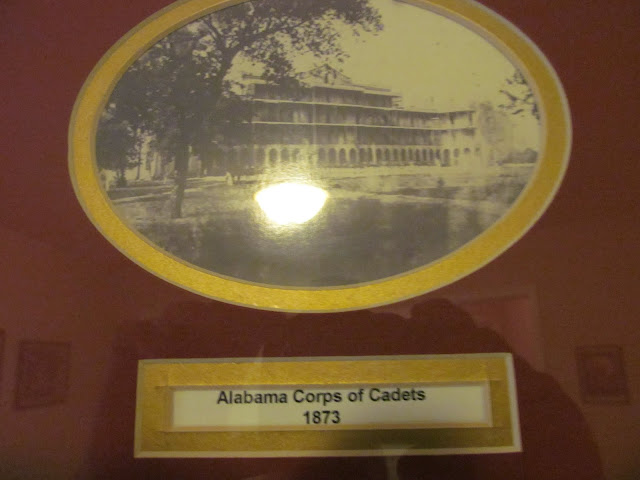 Oldest known photograph of the Alabama Corps of Cadets.  They fought in the Battle of Tuscaloosa on April 3 - 4, 1865. 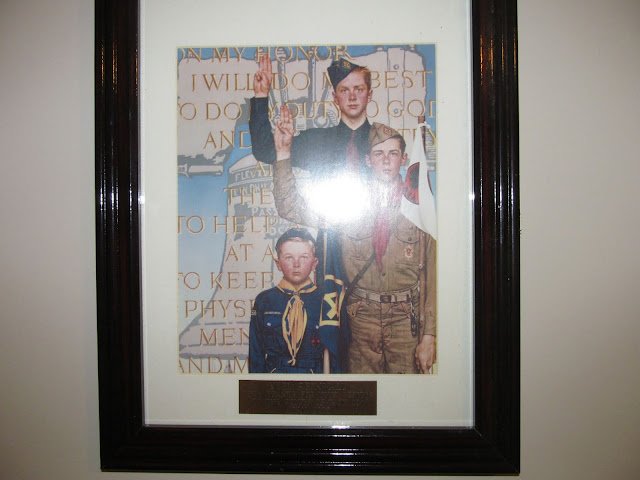 I was very active in Scouting both as a participant and an adult leader. 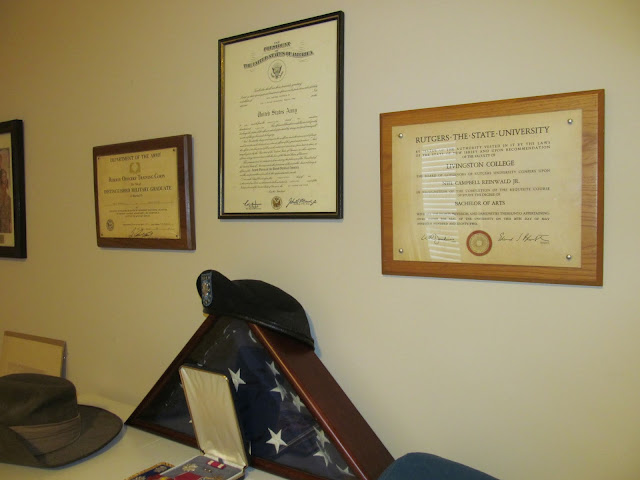 Yes . . I did graduate from college. 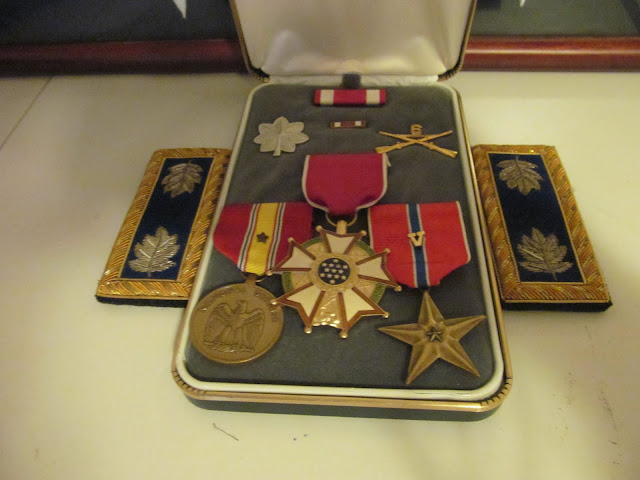 Left to Right: National Defense Service Medal, Field Grade Officer Good Conduct Medal (showed up to work on time and only spilled a Coke once on a computer keyboard) and being in the wrong place at the wrong time medal (thank goodness for the steely eyed killers around me. (YOU know who you are men and I'm glad you got the recognition you deserved! For the everlasting glory of the infantry) Flanking are reproduction Lieutenant Colonel Union Infantry Chevrons from the American Civil War. 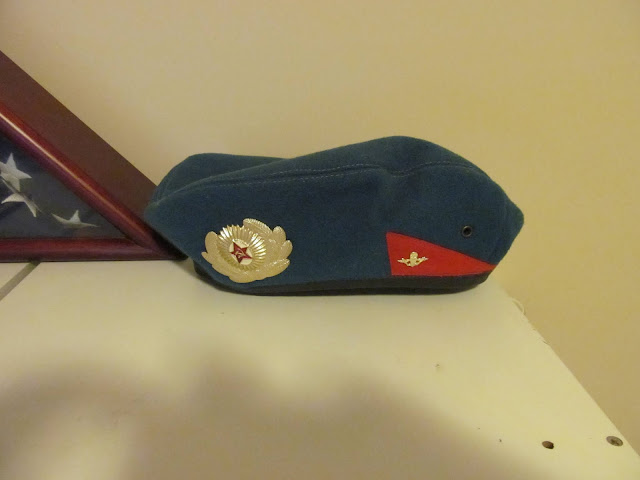 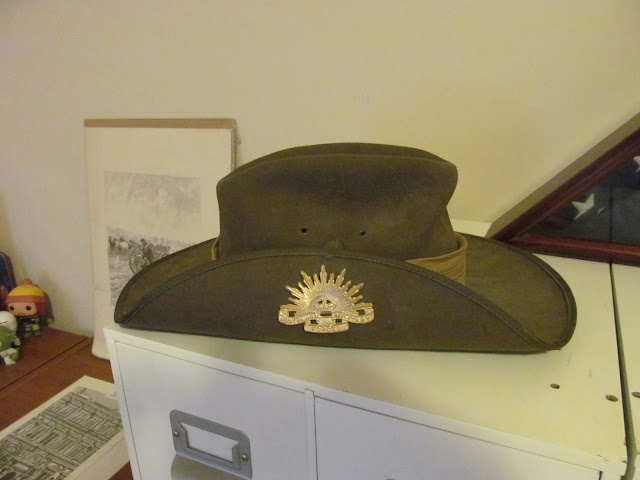 The Austrailian Hat that Honorable Son #2 (The Captain) wears when we fight the Desert War in WW II.  You play better wearing a hat. 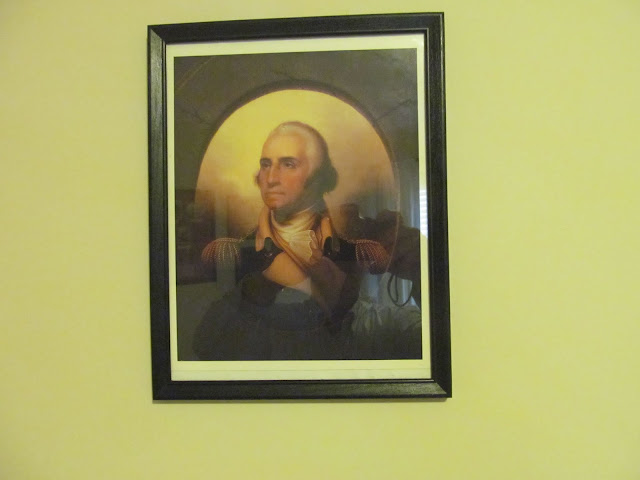 George Washington.  What more could be said?

As a side note when I taught American Military History and Evolution of Modern Warfare at several Southern Universities and Colleges, I would be inevitable asked who were the greatest generals in American History.  This is my personal list in no particular order:
1. George Washington
2. Winfield Scott
3. Ulysses S. Grant
4. Robert E. Lee
5. George Marshall

Again this is my list.  Get 50 historians and gamers together in one room and you will have 50 different lists. 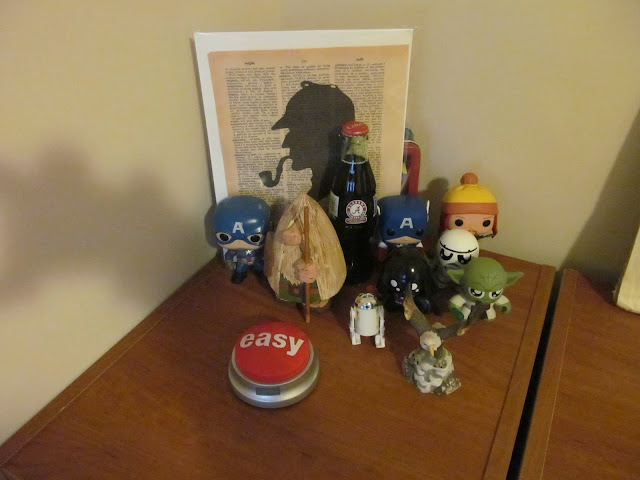 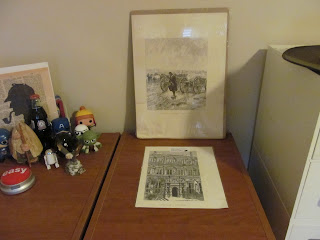 Old lithographs and prints are excellent sources of information. 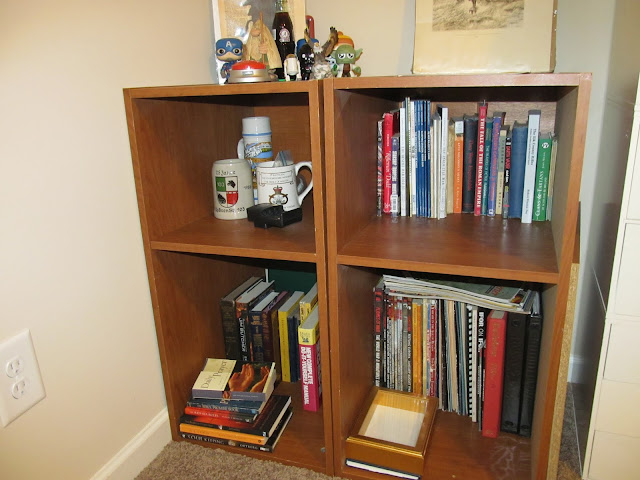 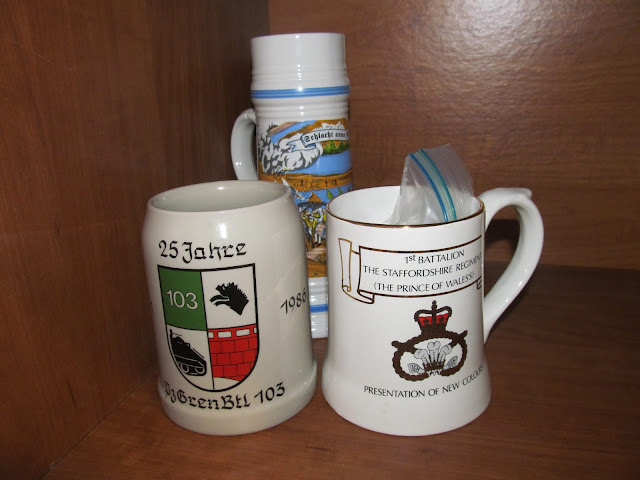 Beer Steins from our Friends and Allies (please ignore our current Commander-in-Chief). 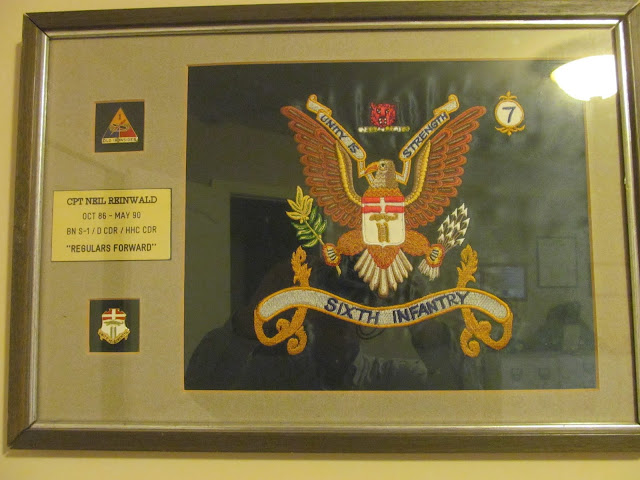 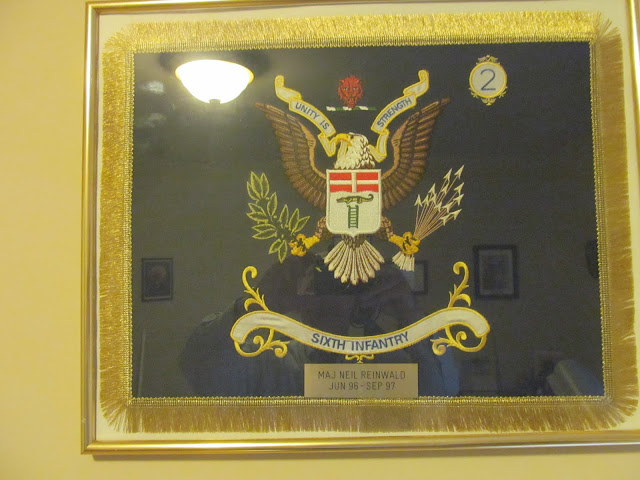 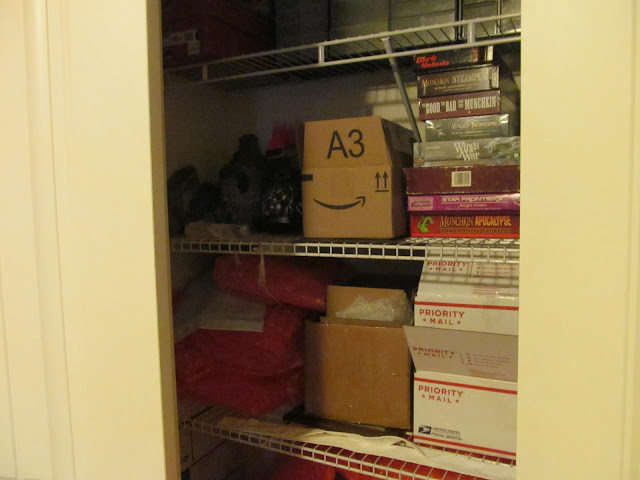 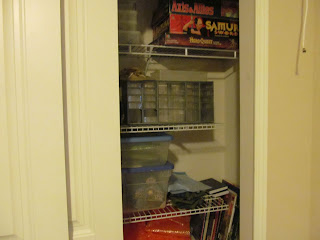