Teddy Roosevelt and the Witch King of Sokur

From the personal journal of T.R.:

"Bully. Far better it is to dare mighty things, to win glorious triumphs, even though checkered by failure, than to take rank with those poor spirits who neither enjoy much nor suffer much, because they live in the gray twilight that knows neither victory nor defeat. When I was approached by young Sawyer for help and told of the nefarious designs Dr. Theodore Nemor (I am ashamed that the cad has the same name as myself) had upon the Jewel of Chance I remarked,“Whenever you are asked if you can do a job, tell 'em, 'Certainly I can!' Then get busy and find out how to do it.” After many trials, and with the assistance of Lord Greystoke, we stumbled upon the lost Roman army outpost of Castellum Dimmidi in deepest Africa.  Since I put myself in the way of things happening it was no surprise that there were other evil forces intent on stopping us . . . " 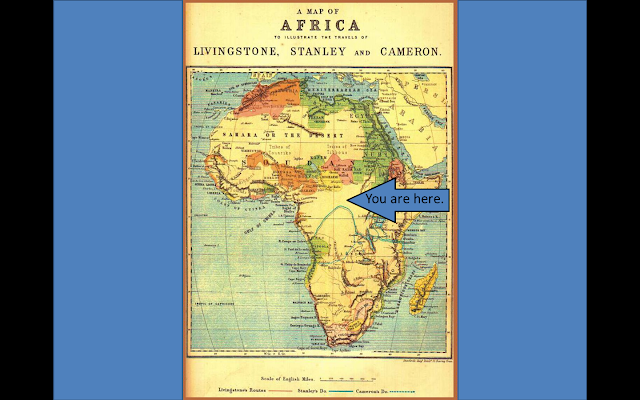 Honorable Son #5 and myself sat down for a lively game of In Her Majesty's Name.  With our inspiration coming from such classic adventure novels as She and Tarzan of the Apes our adventure is taking place in deep, dark Africa in a lost Roman outpost.  Teddy Roosevelt has been contacted by Special Agent Thomas Sawyer in an attempt to find the Jewel of Chance before the nefarious Dr. Nemor can use it in his Disintegration Machine.  The Jewel of Chance is rumored to influence the nature of probabilities and must not fall into the wrong hands! 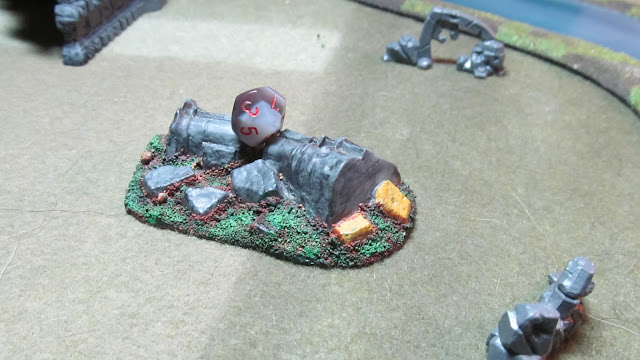 The Jewel of Chance lies lost amongst the ancient Roman ruins.

Roosevelt, fearing no man or task, is not a fool either and enlists the help of his old friend Lord Greystoke. Accompanying the small company is Lady Rachel Hughes (the famous adventuress and socialite), Professor Arthur Nightingale (inventor of the world famous Diplograph), ex-legionnaire officer Pierre Jean Alban and two of his Baluchi companions from his service in India. 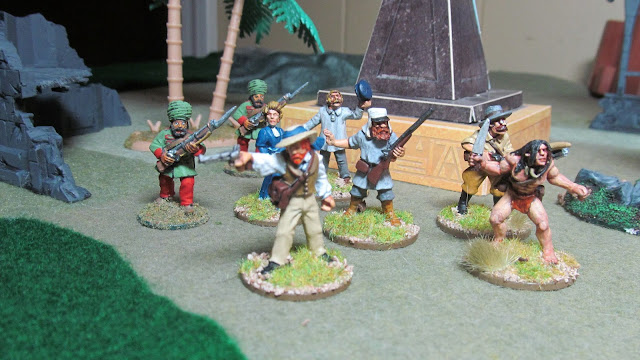 There are mysterious rumors and legends of lost cities and ancient horrors that still exist in unknown parts of the world.  One of these legends is the Witch King of Sokur, a supposedly immortal being that leads a civilization of troglodytes and other sub-human creatures.  Using ancient arts, it is said he can breath dragon's flame and carries a supernatural sword.  He too is searching for artifacts long thought lost that can help his power grow. 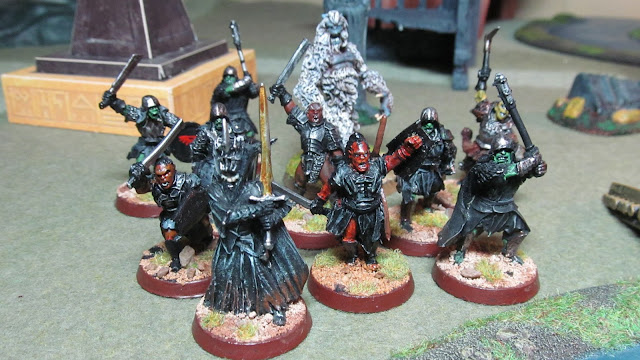 The Witch King, his troglodytic minions and a giant ape creature are set to oppose our heroes.
As mentioned in Teddy Roosevelt's journal, the lost Roman army outpost of Castellum Dimmidi is located in an uncharted area of central Africa.  Why the Romans were there is unknown; but there appears to be an abandoned mine with a swift, small river running from the opening.  In addition, a recently constructed bridge spans the river . . . 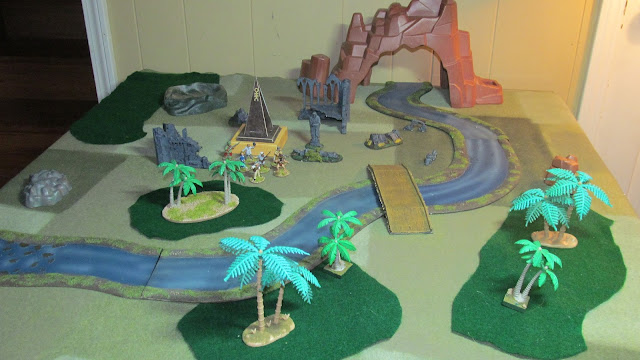 The ruins of Castellum Dimmidi with a river running from the entrance of an abandoned mine.

Somewhere in the ruins is the Jewel of Chance, not to mention other ancient treasure that may be of use . . . 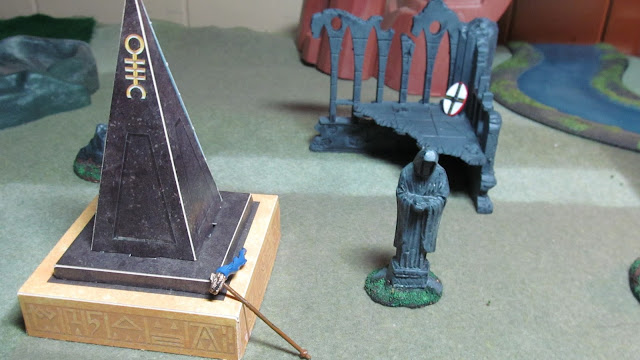 An ancient shield and dragon banner await anyone brave enough to reach them.

Stayed tune for Teddy Roosevelt and the Witch King of Sokur!!!