I'm continuing to have fun by converting some of our World War II pictures to black and white images: 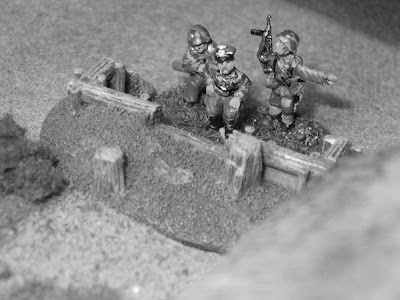 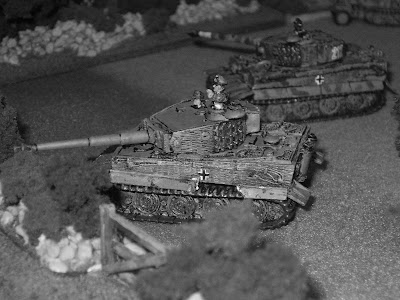 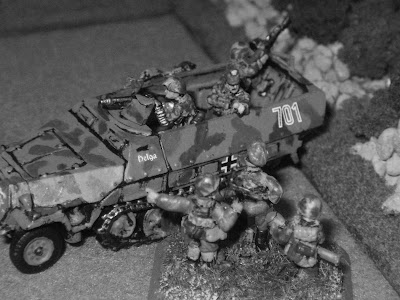 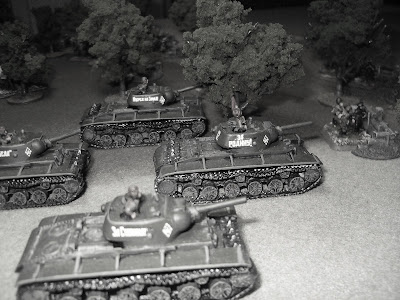 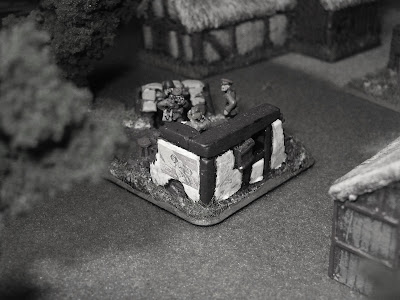 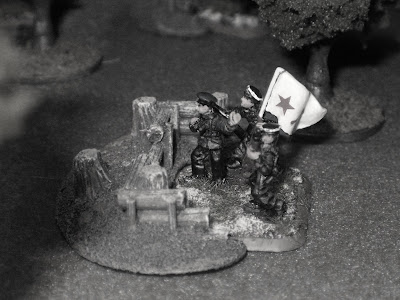 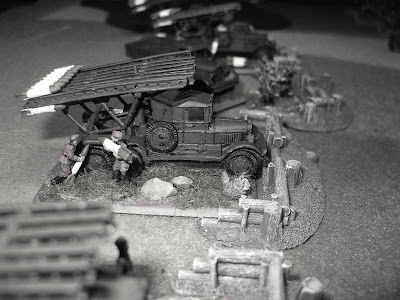 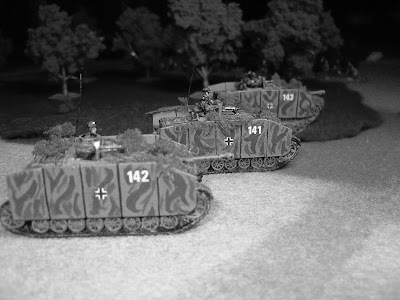 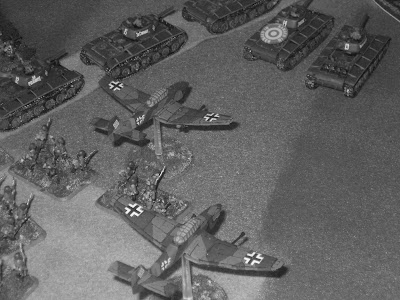 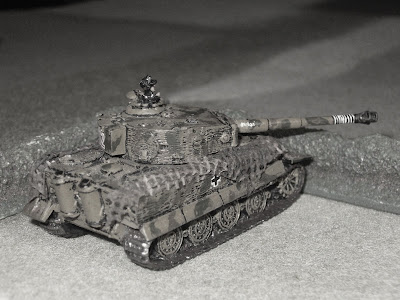 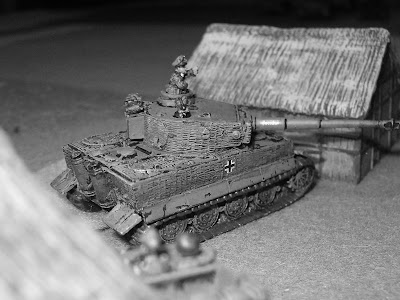 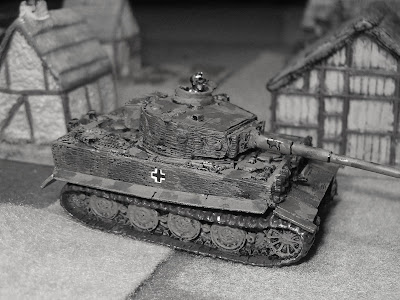 Tiger moving through the village