On Christmas Day Honorable Son #3 challenged me to a game of X-Wing.  Since I lost the first game, we played another.  Since I lost the second game - I read the rules for Slave 1 and plotted my revenge while watching a movie!  (BWAH HAH HAH!) 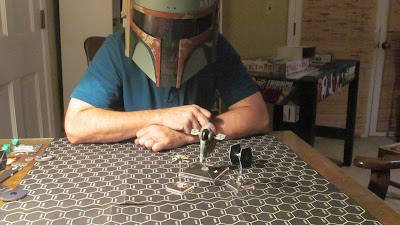 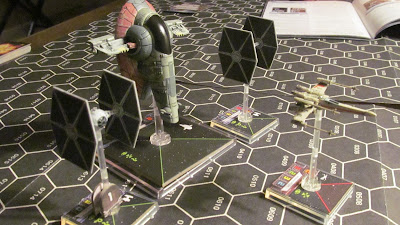 Wishing I had Slave 1 to go up against Luke in his X-Wing. 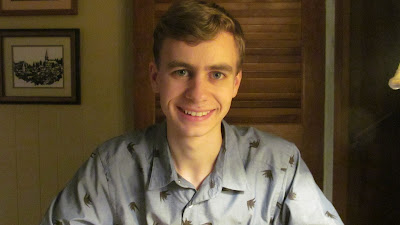 Honorable Son #3 was Luke in an X-Wing. 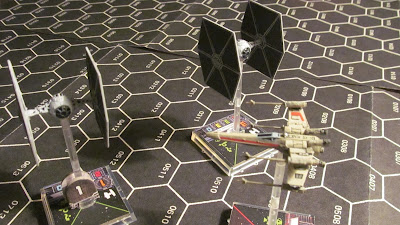 Action on the table. A hex map is not required for the game; it's just the only space-like surface we had. 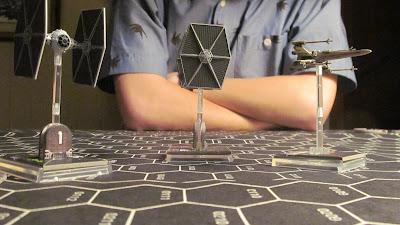 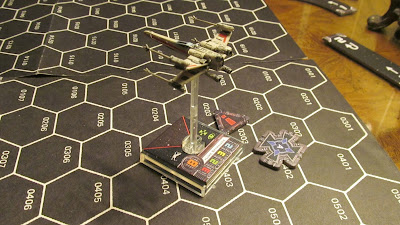 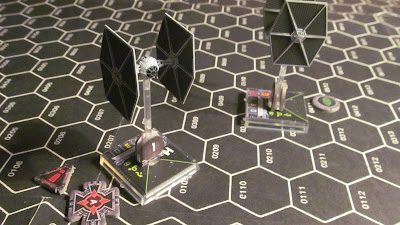 . . . and here is the ship that is targeted.  In addition the Tie Fighter has a stress marker for conducting a highly, well, stressful maneuver. 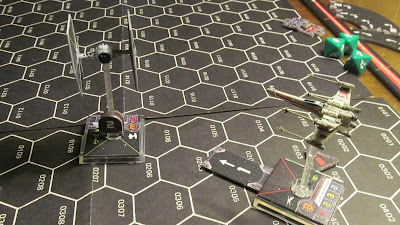 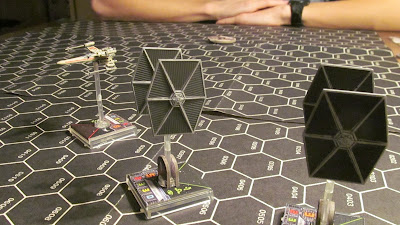 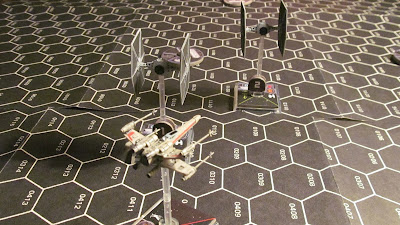 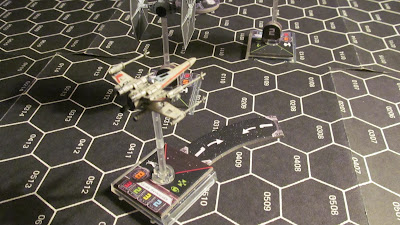 Here is when Honorable Son #4 almost was blown into cosmic dust.  He accidentally turned into the pursuing Tie Fighters and then tried to kick in the after burners. 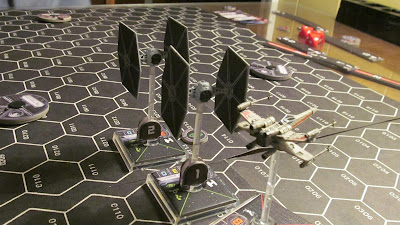 I had both of my Tie Fighters flanking him with bonus shots for being in close range!  Of course, all six laser blasts missed. 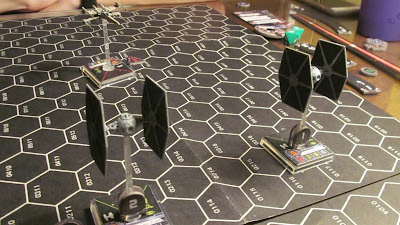 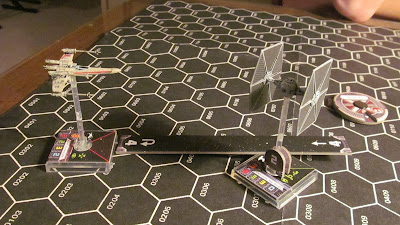 Another one bites the dust! Kablamo! 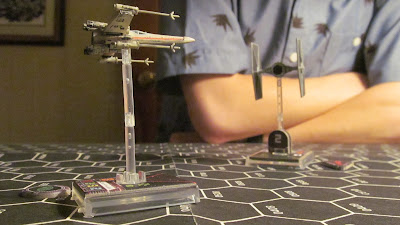 An example of the detail in the X-Wing.