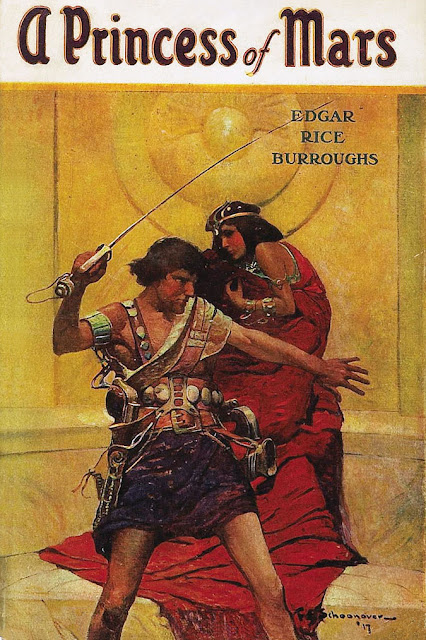 And it all started when a father gave his son A Princess of Mars when he was 11 years old . . .

I grew up with the Martian series of Edgar Rice Burroughs in addition to Tarzan, Pellucidar, Lands that Time Forgot and innumerable other worlds by Burroughs and others. While researching for my forces for the Battle of Cowpens, I "accidentally" discovered Bronze Age Miniatures and their stunning reproductions of figures from Burroughs' Barsoom. Marketed under their "Dead Earth" line of figures, these are by far the best reproductions I have seen. When I saw the Green Martians (I mean "Wasteland Mutants") the shiny new toy syndrome popped up and I purchased 6 of them to include one character that would be John Carter. My only complaint about their line is that all of the female characters are topless - even the warriors. Sorry guys, I'm not going to get those. 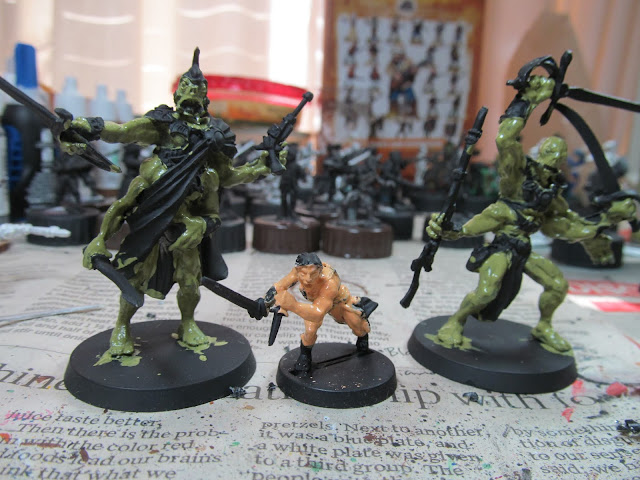 Two of the Green Martians with my John Carter figure with base coats applied for the skin. 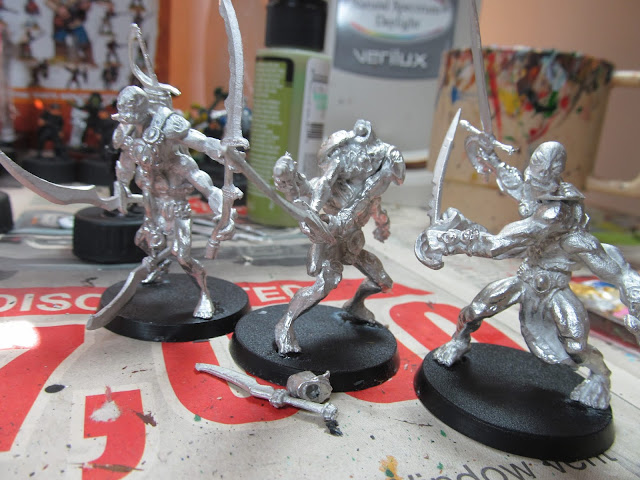 Most of the Green Martians have one or two arms, some weapons and the occasional head that need to be glued on. The animation of the figures are stunning to me. 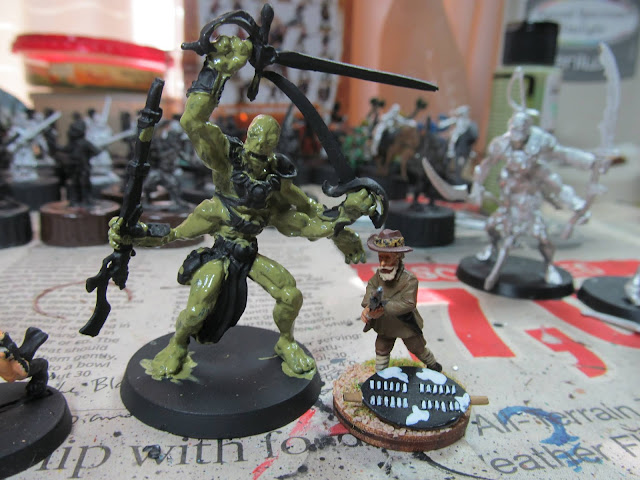 As you can see, the Green Martians are big! I think they are at least 54 mm tall. This one is next to my 28 mm Allen Quartermain for comparison. 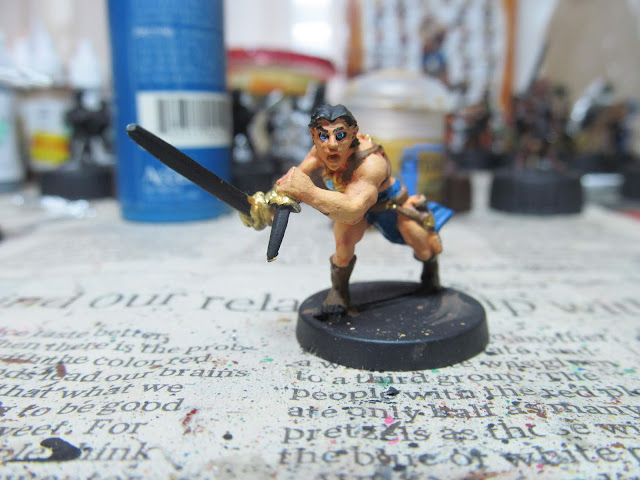 Ole Captain Carter is starting to look like Captain Carter. Bronze Age Miniatures has another figure with a more distinct harness and weapons for John Carter, but I love the way this figure is advancing low on the attack. 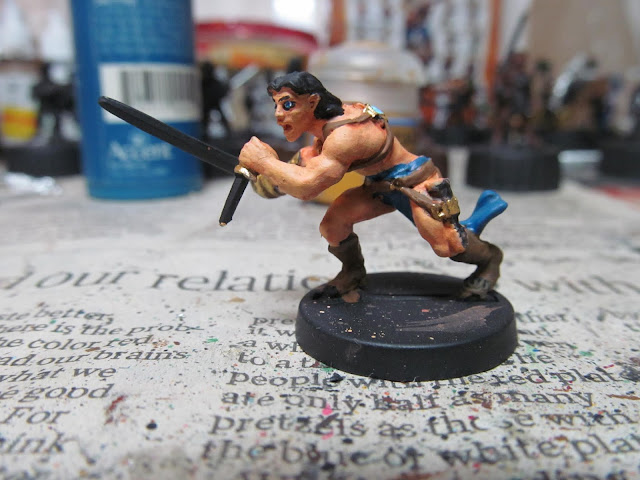 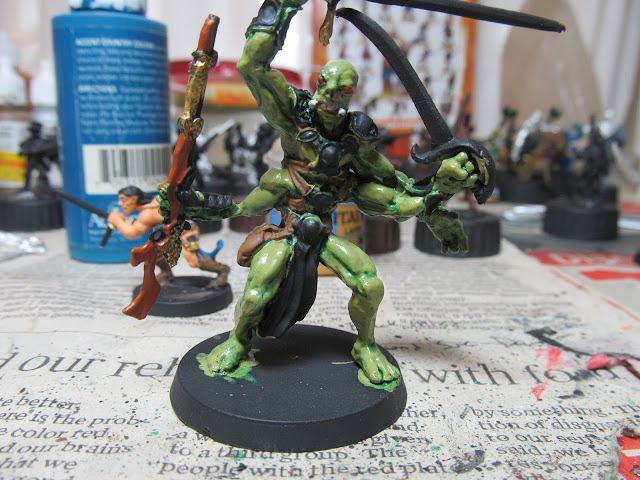 This guy is just awesome: Large sword, small sword and radium rifle - plus he's so darn big I have to practice taking pictures just to get the entire figure in the frame! 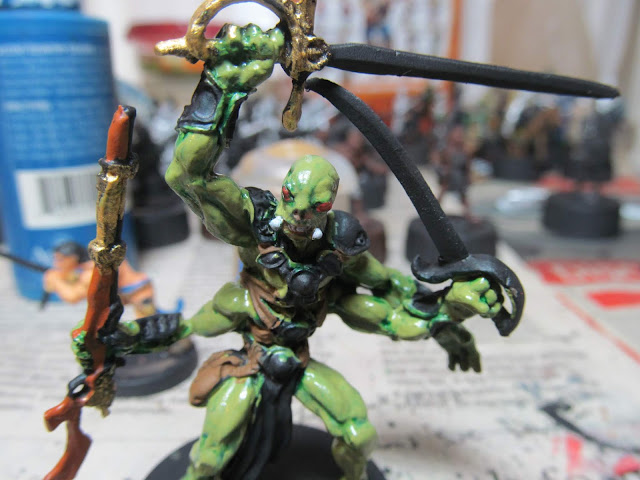 Note the detail on the harness and sword hilt. Pretty cool radium rifle too! 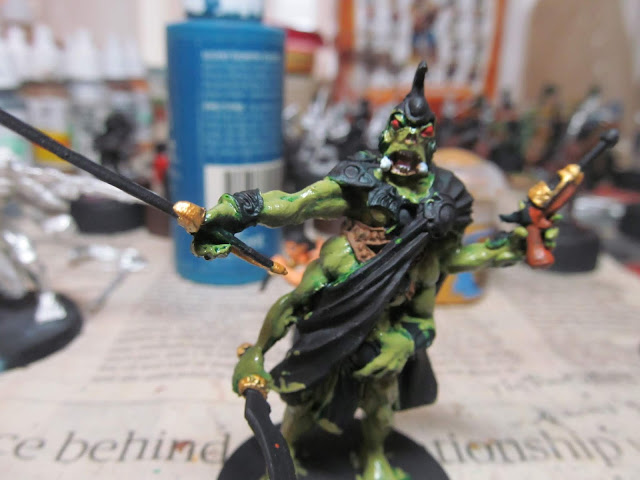 This is going to be Tars Tarkas, Jeddak of Thark. Tars has a long sword, short sword and radium pistol. 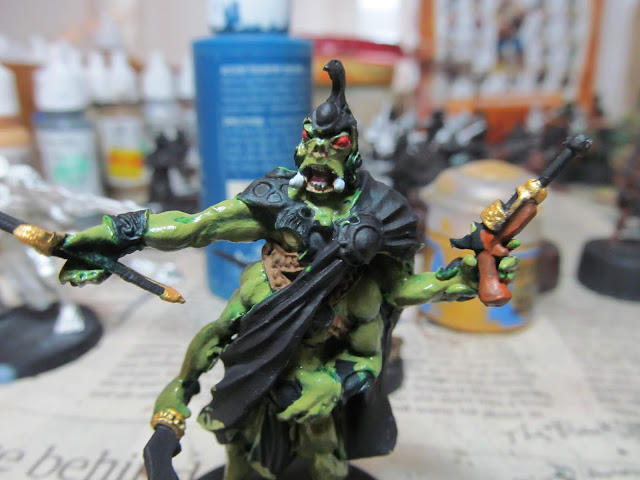 Another view and you can see more of the detail of the harness, wrist gauntlets and helmet.

Talk about getting distracted and going back to my youth! This is going to be a great project and they will definitely be showing up in my games.
Posted by Neil at September 19, 2019