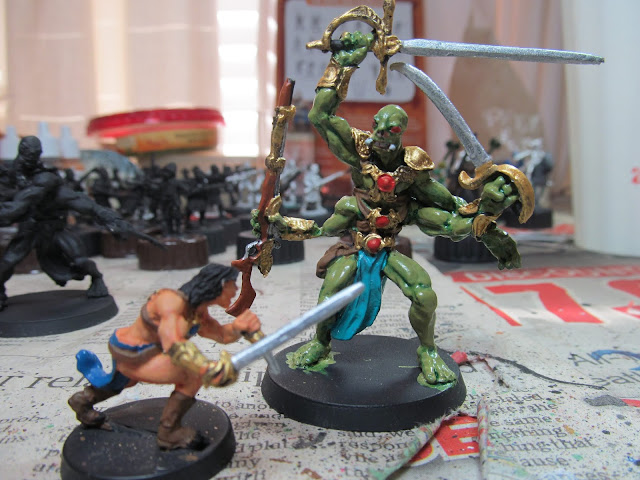 “I do not believe that I am made of the stuff which constitutes heroes, because, in all of the hundreds of instances that my voluntary acts have placed me face to face with death, I cannot recall a single one where any alternative step to that I took occurred to me until many hours later.” Captain John Carter as quoted by his nephew, Edgar Rice Burroughs, in A Princess of Mars.

Well, my first figures for my Barsoom project are taking longer than I thought. John Carter was a breeze; but, I am not used to painted larger figures (more paint!) and the details I want to show. Anyway, I can't say enough bout the figures from Bronze Age Miniatures as they are detailed, animated and just look cool. 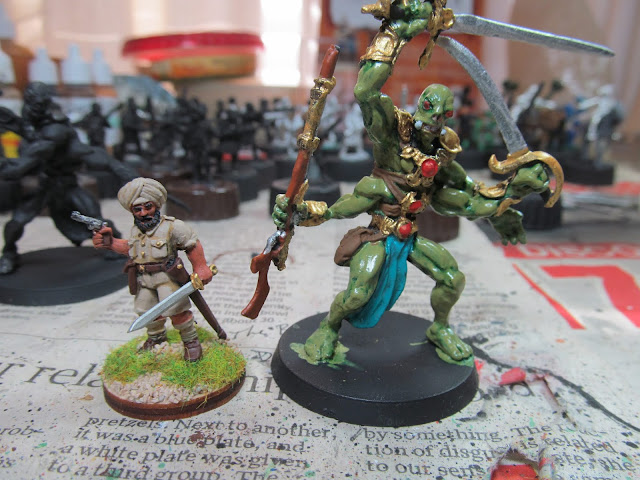 Just a reminder on the size: 28 mm Pulp figure on the left. 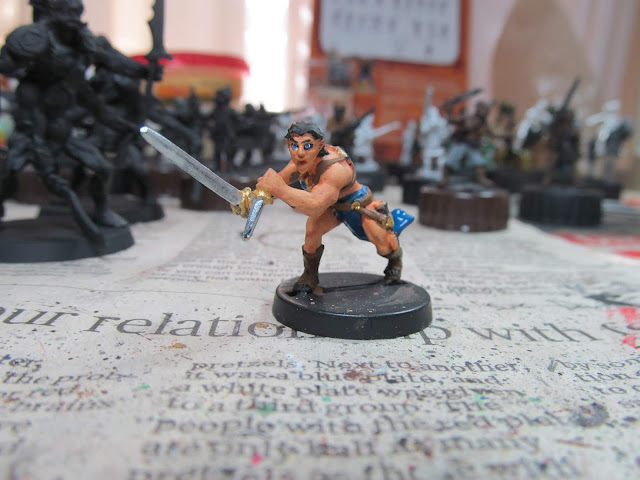 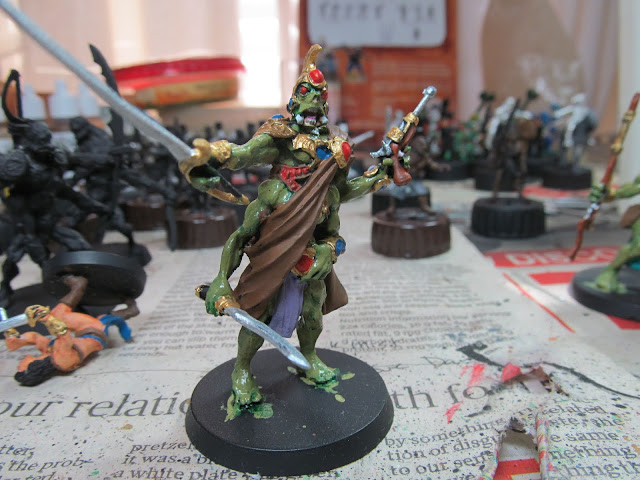 Tars Tarkas is coming along nicely. 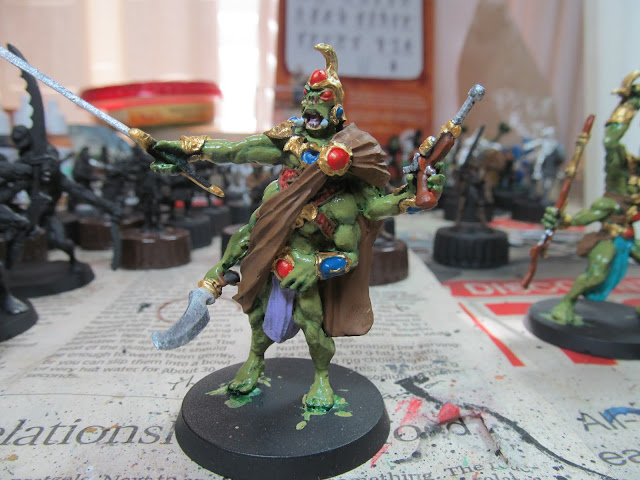 "Mars. So you name it and think that you know it. The red planet, no air, no life. But you do not know Mars, for its true name is Barsoom. And it is not airless, nor is it dead, but it is dying." 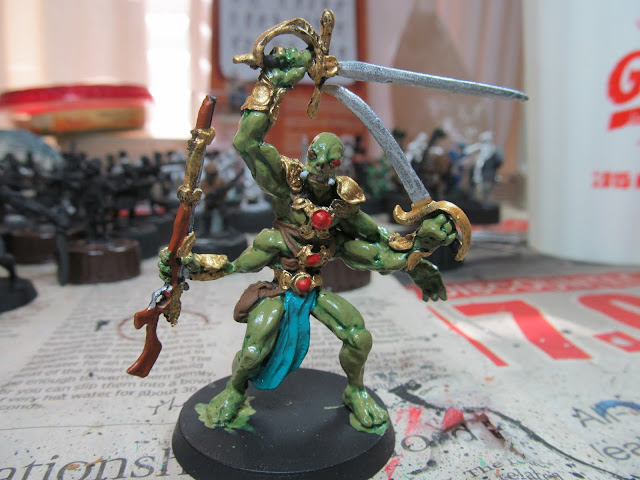 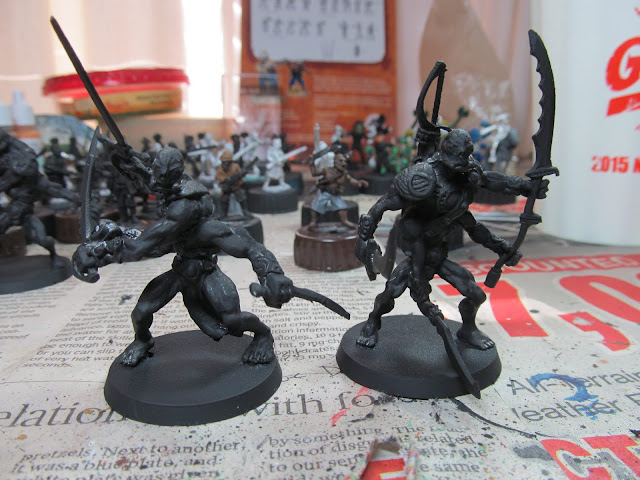 Primed and ready to be painted. Notice the green meanie with the two-handed sword. 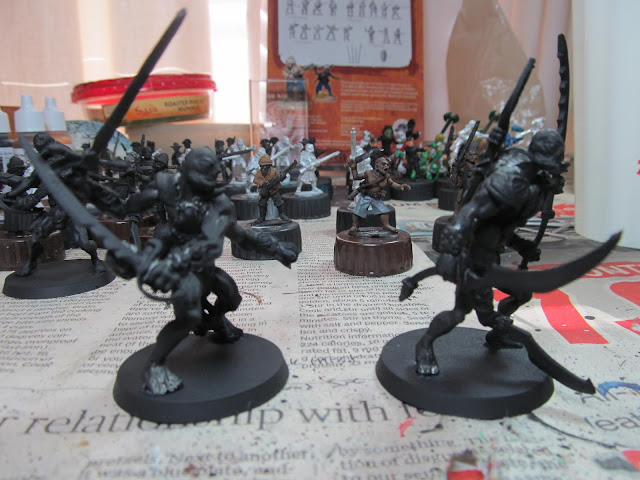 Another view of the same two figures as above. 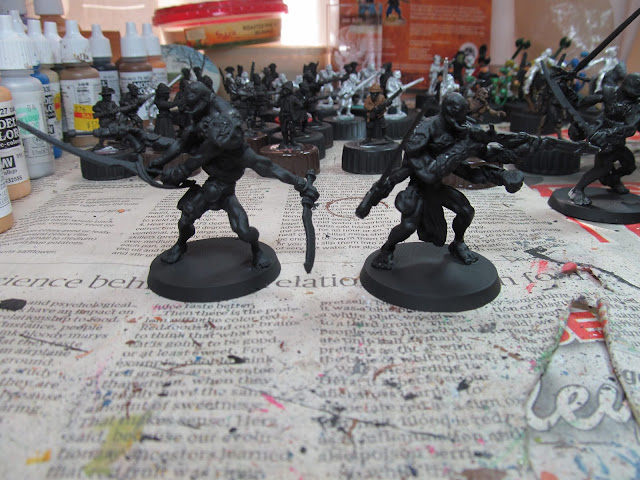 My last 2 Green Martians - but Bronze Age Miniatures has more! 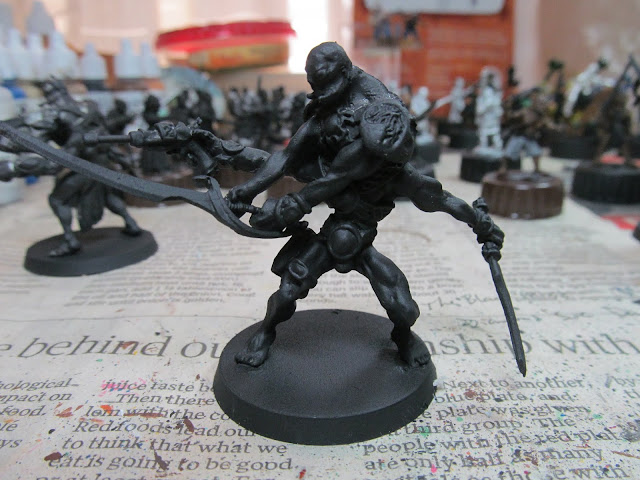 Better view of the Martian with the radium pistol. 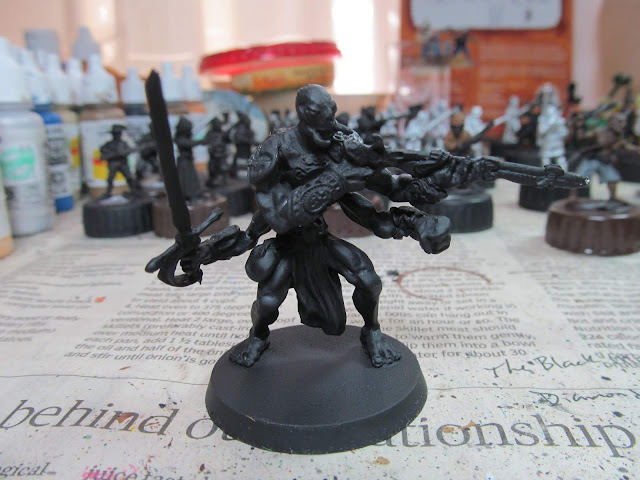 . . . and a better view of the Martian with the radium rifle. 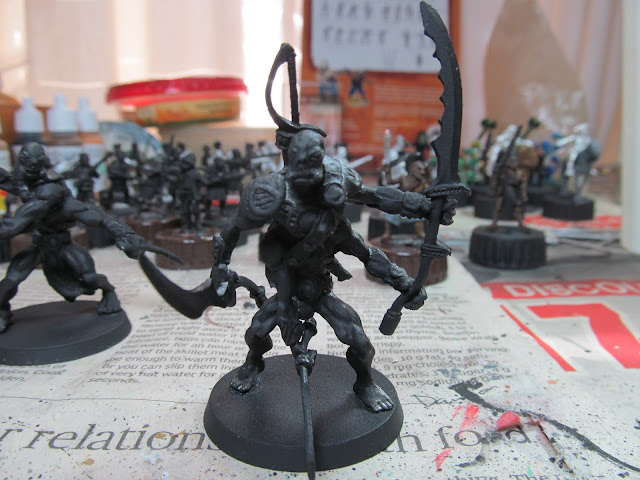 One more view of the Martian with the two handed sword. Note that he also has a long sword in a scabbard on his back.
Posted by Neil at 6:00 AM