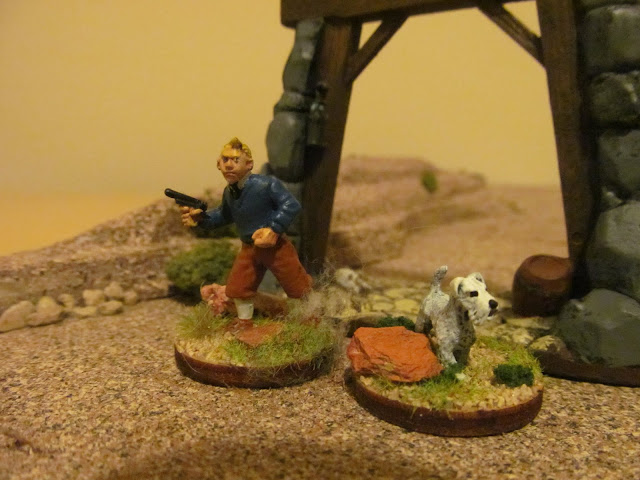 
Born on January 10, 1929, the world famous Tintin and his faithful companion Snowy (a War Poodle) are trapped in the year 1895. Though only 18 years old, he is the most overpaid reporter from Belgium as it appears he has never posted an article. Fortunately he is a top notch detective and adventurer who despises the thought of evil going unpunished . . . and let's face it, the kid is just darn lucky.

Among his friends, Snowy comes first. Admittedly he is a dog (but a War Poodle), but he is above all, the faithful friend of Tintin with a generous spirit. 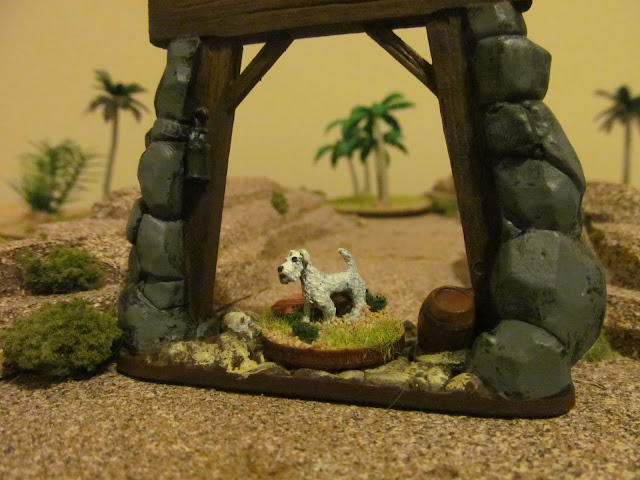 Tintin has a sharp intellect, can defend himself, and is honest, decent, compassionate, and kind. Through his (so called) investigative reporting, quick-thinking, and all-around good nature, Tintin is always able to solve the mystery and complete the adventure. But now he is in an adventure where there may be no way out . . . 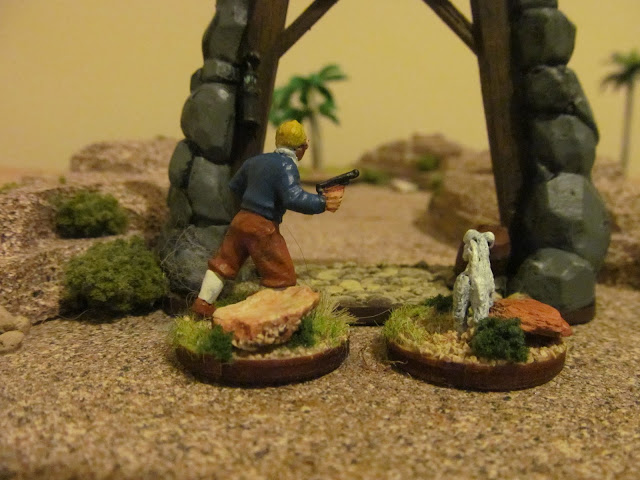 Snowy is Tintin's sidekick and companion on journeys.  He is able to understand human language, and communicates with Tintin telepathically. His verbal responses to various situations include jokes, expressions of fright, and pleas to Tintin to exercise caution. As a dog (War Poodle), he also sniffs, tracks, chases, and bites. 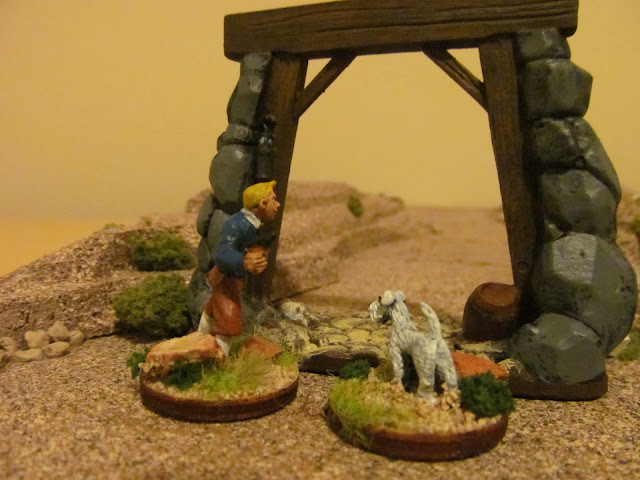 "Of course if we hadn't walk through a mysterious gate in the middle of no where, we would be home by now (and where did the trees go?)"

Snowy is often dry and cynical which balances out Tintin's constantly positive, optimistic perspective. Snowy is brave and is often fearless against much larger creatures when Tintin is threatened. He has repeatedly freed Tintin from captivity and ha saved him from many a dangerous situations - including sometimes identifying a villain before Tintin. His only fear is arachnophobia and only weakness is whiskey and occasionally, I am ashamed to say, gets drunk. 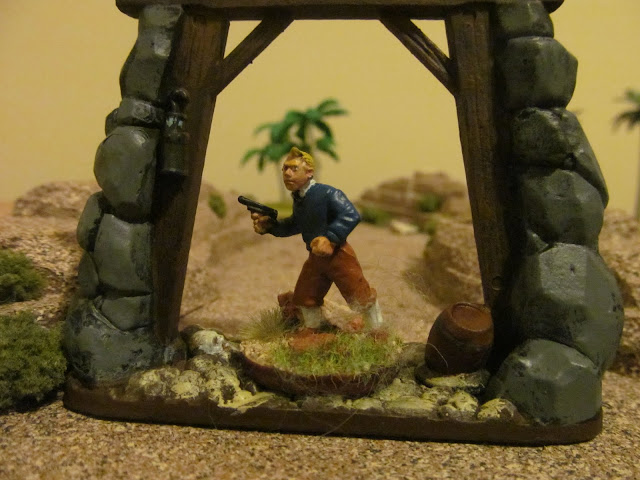 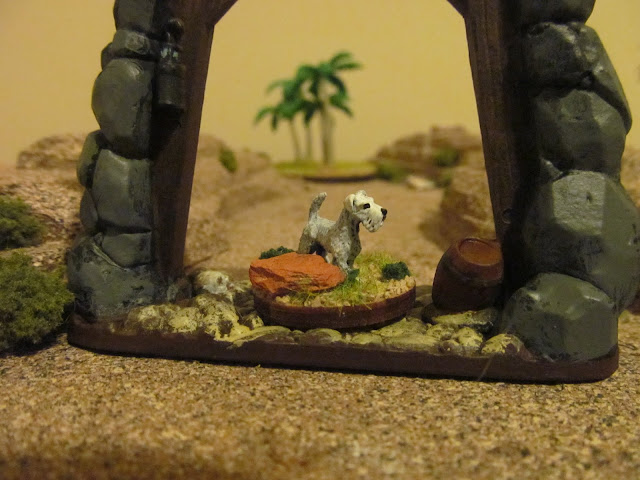 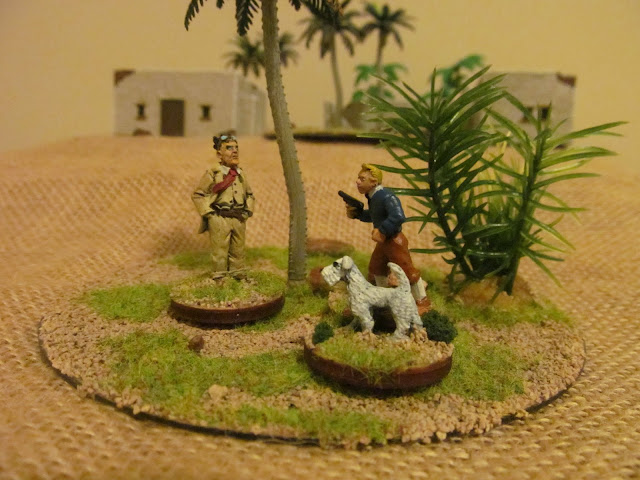 "Tin and Snowy, my name is Randolph Carter and we need to talk."
"Hooray! Hooray! The end of the world has been postponed!"
"That's what we need to talk about . . ."

Email ThisBlogThis!Share to TwitterShare to FacebookShare to Pinterest
Labels: Copplestone Castings, In Her Majesty's Name, The War of the Witches, Victorian Sci Fi, War Poodles