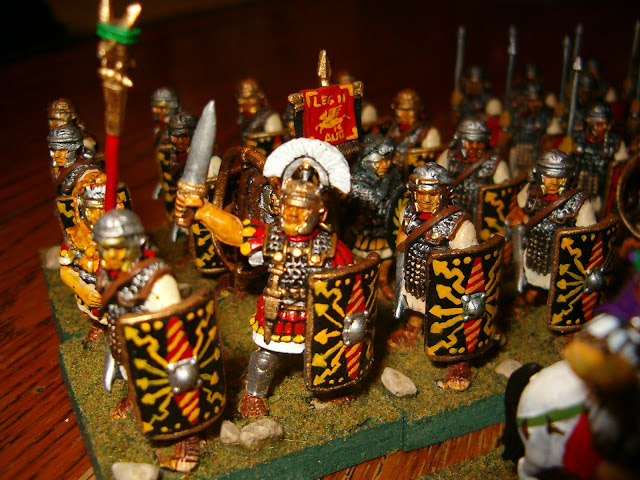 I've been reorganizing my computer files and found some pictures of my old Warhammer Ancients Early Imperial Roman Army with figures by Wargames Foundry. As you can see (or not see!) I was also learning how to take close-up pictures with my digital camera. These are some of the best Early Imperial Roman figures I have owned and Wargames Foundry did a great job with the sculpting. 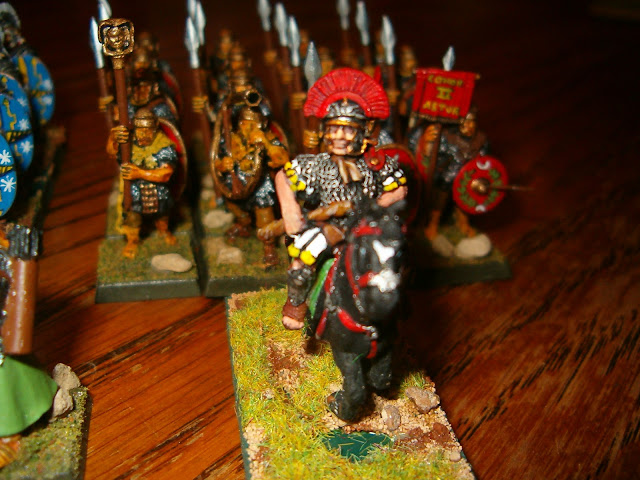 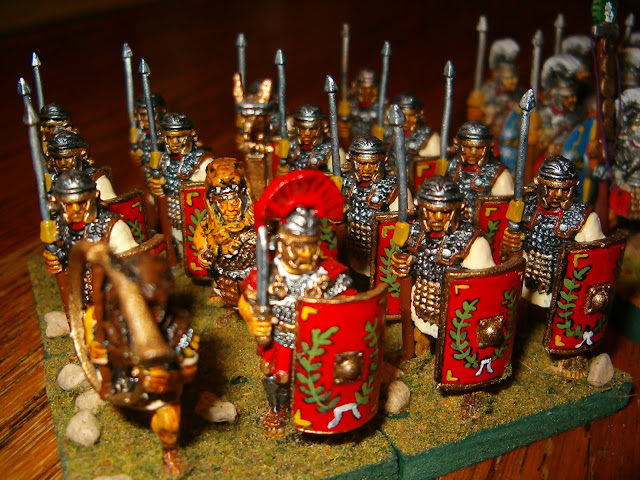 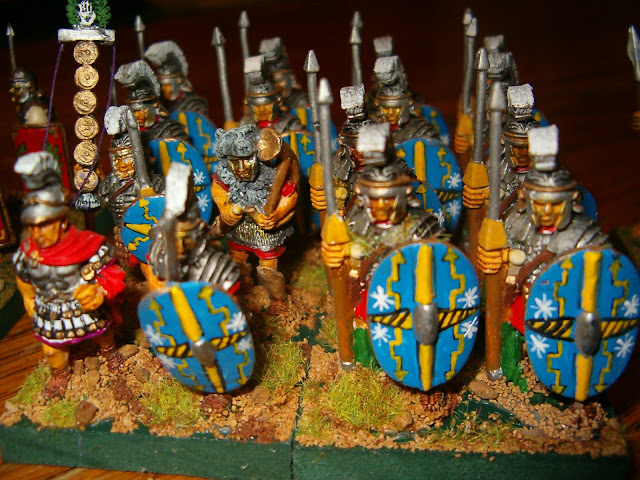 My interpretation of the II Legion in Britain. 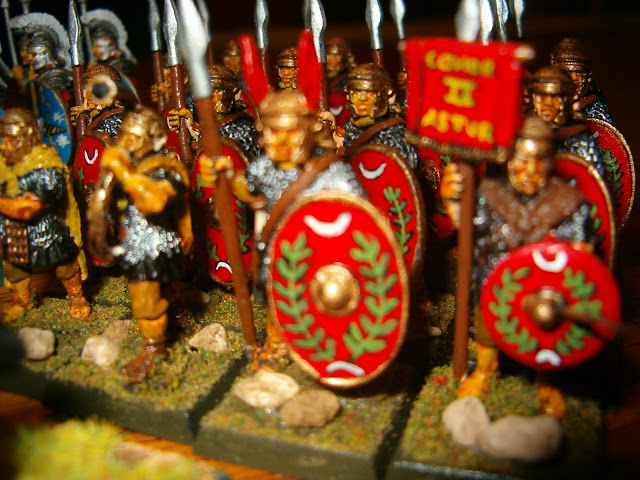 Auxiliary troops; I think I painted on the vexillum Cohort II Astur. 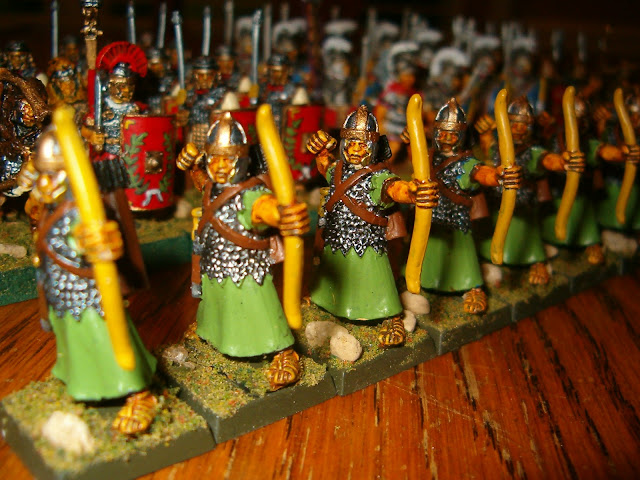 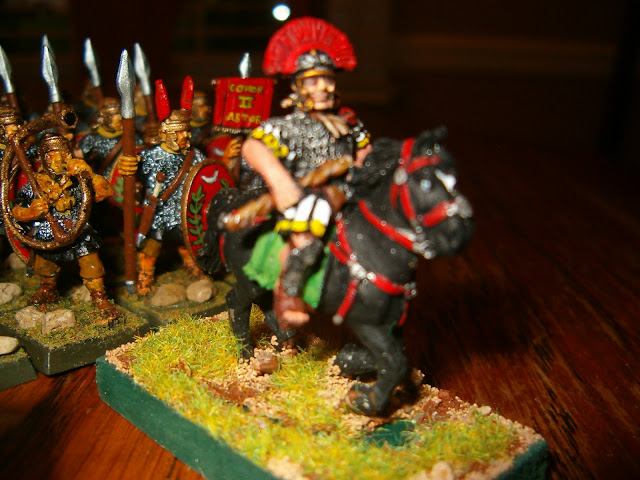 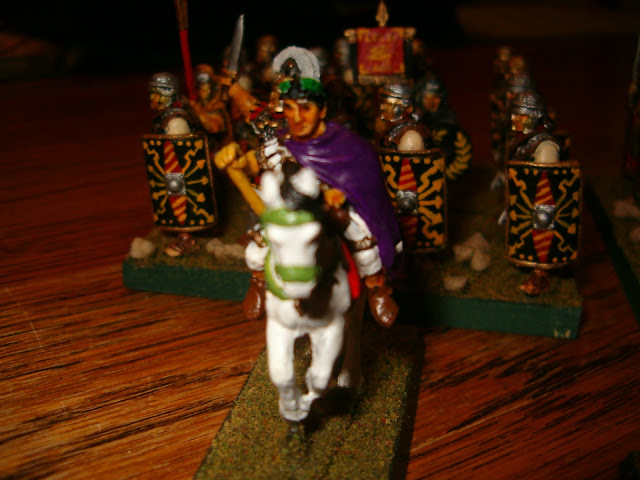 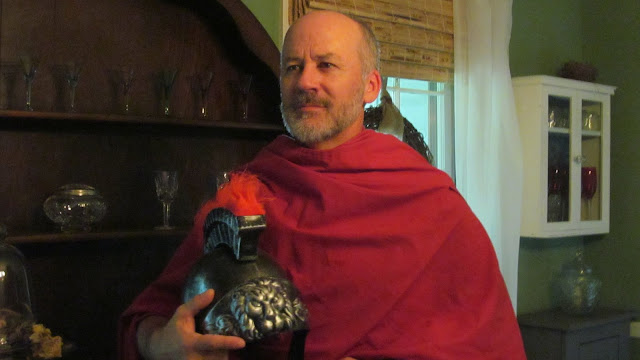 The grizzled Roman veteran (you always play better with a hat!)