Here is the Confederate Army from my Co-op class "One-Hour Wargames: The American Civil War": 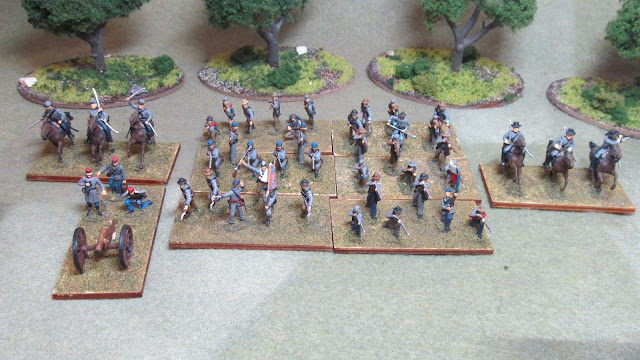 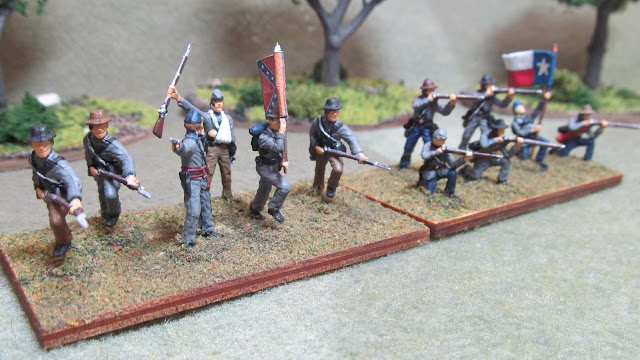 To denote the "zouaves"(elite infantry) I gave two of the stands flags to make them recognizable. 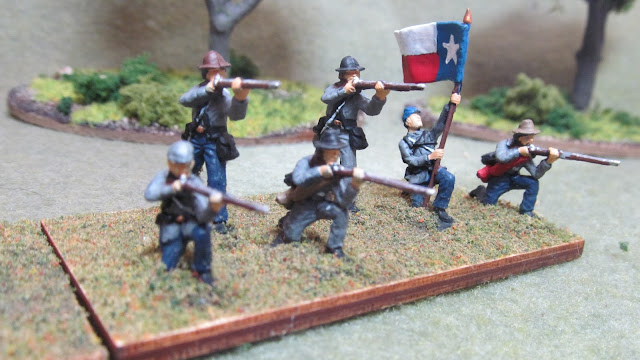 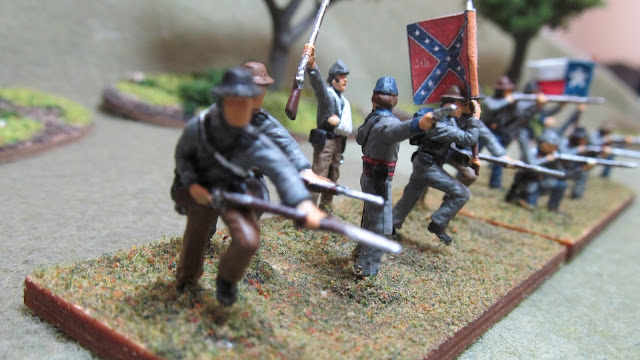 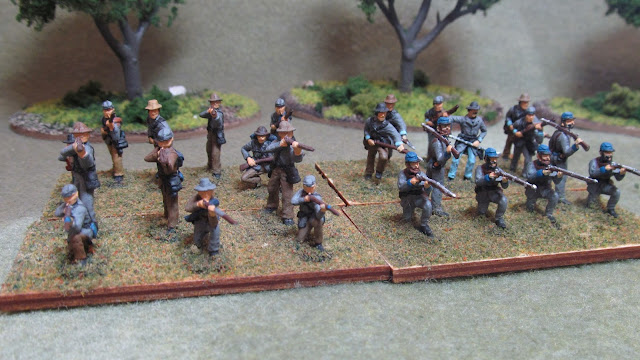 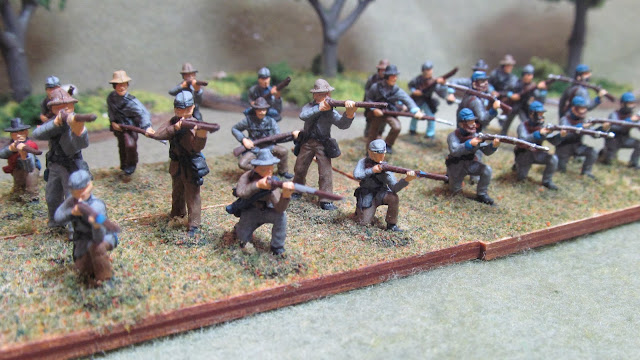 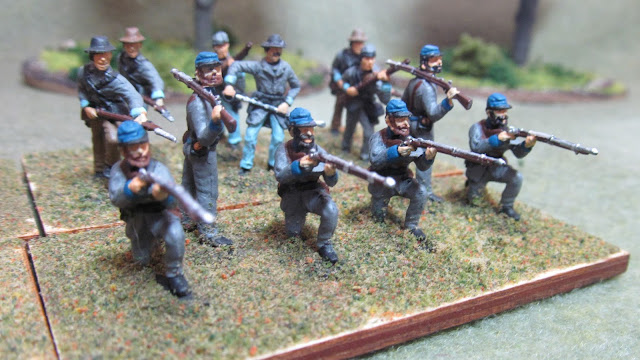 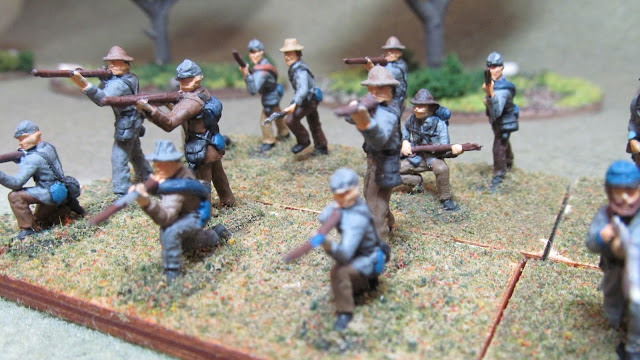 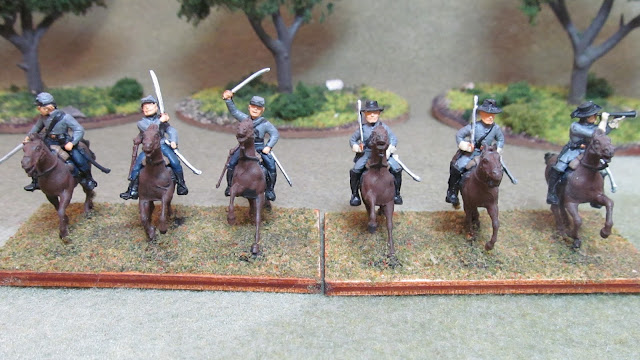 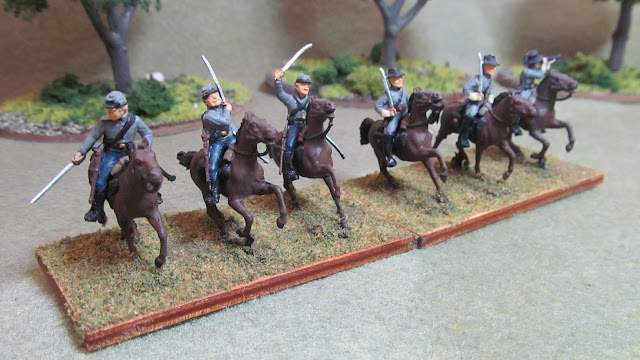 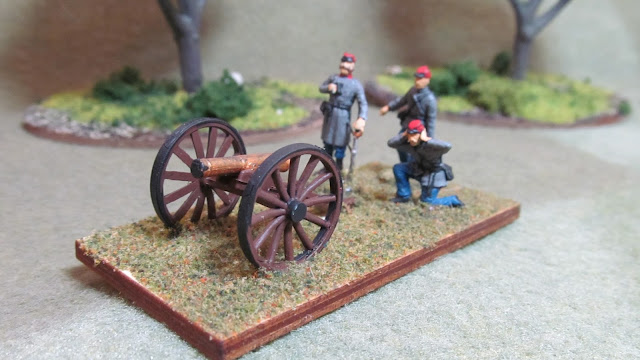 I decided to give the Confederate army the possibility of only have one artillery piece to replicate the superiority in numbers of Union artillery.  If they rolled for 2 guns, they would get an extra infantry unit instead.
Posted by Neil at 1:24 PM