Here is the Union Army I used for my Co-op Class " One-Hour Wargames: The American Civil War."  The rules are an excellent introduction for a new generation of wargamers.  The participants in my class were middle school to high school.  By using 1/72 scale plastic figures and Litko bases it significantly cut down on the cost of the army to build.  The bases are 3" x 1" for all units. 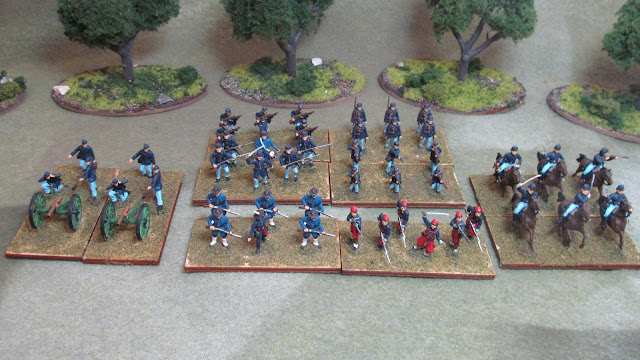 The entire army with all options available.  As we were fighting a campaign, we used the random army generator from the rules for each battle. 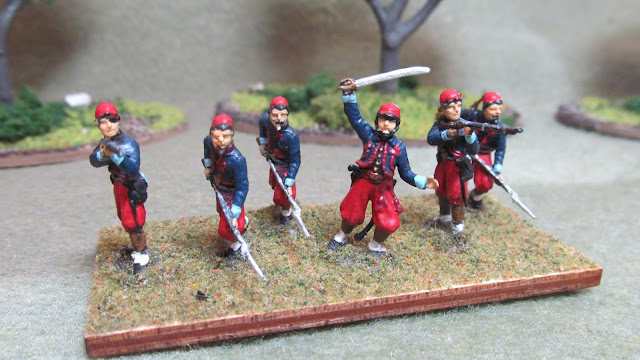 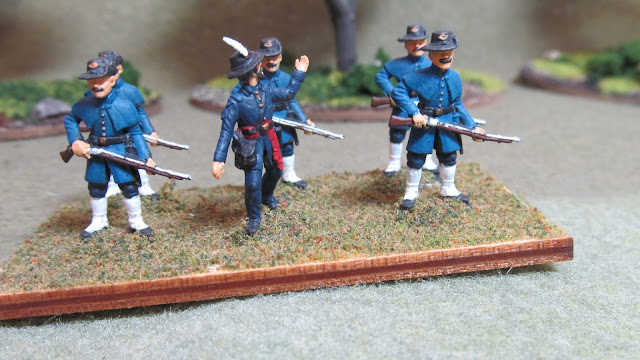 Since I did not have any more Zouave figures, the 2nd Wisconsin from the Iron Brigade became the other elite unit if available for the army. 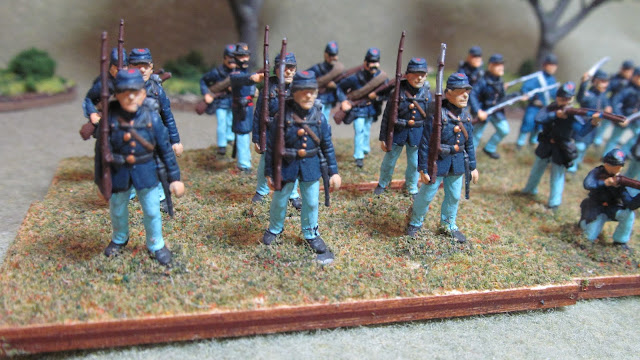 Regular Union infantry.  For the game we thought of them as Brigades - and they are the killers during the game. 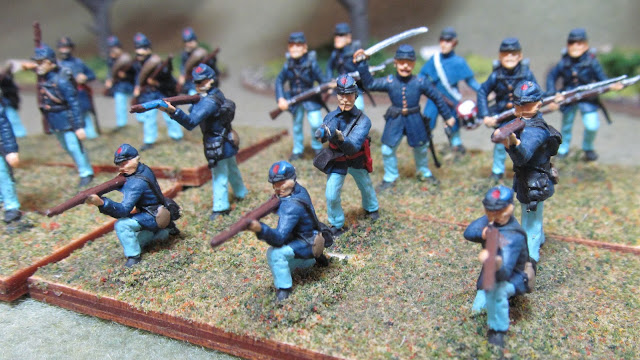 Another view of the infantry.  There are four stands in all. 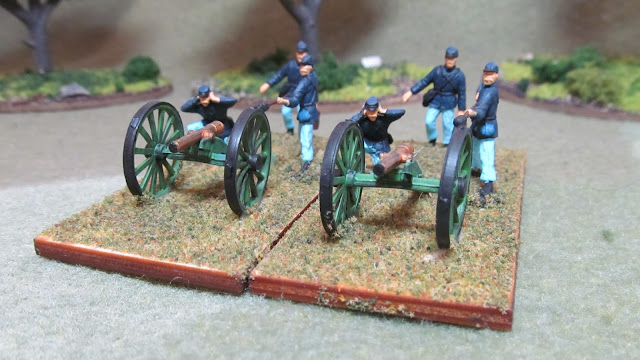 Two stands of artillery.  They do not dominate the game but can come in very handy at times. 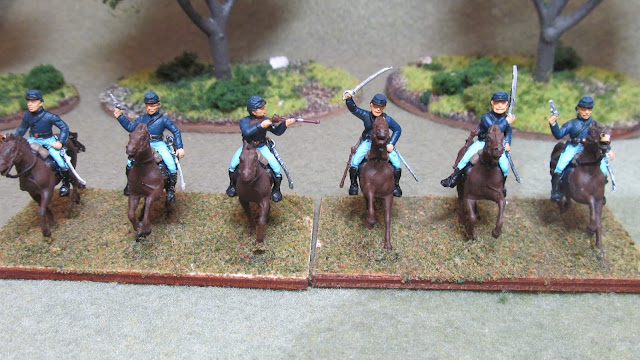 Two stands of cavalry.  They were blown away in early games until the students learned to use them in their historical roles as mounted infantry and out flanking and getting in the rear of the enemy.