One Hour Wargames: The Participants

In the year 1744 tensions were rising between The Grand Dukedom of Bluehofen and the Principality of Redsteinerburg over disputed territory that both countries claimed.  Soon a minor skirmish would turn into all out war on the table top . . . 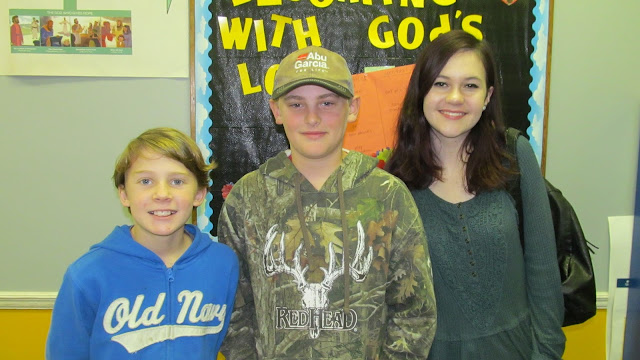 The mighty participants representing The Grand Dukedom of Bluehofen. 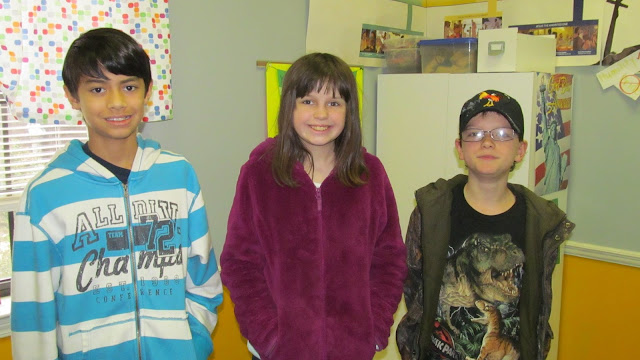 Their dangerous counterparts from The Principality of Redsteinerburg. 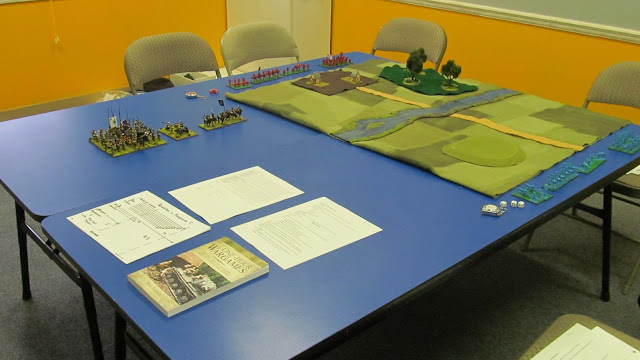 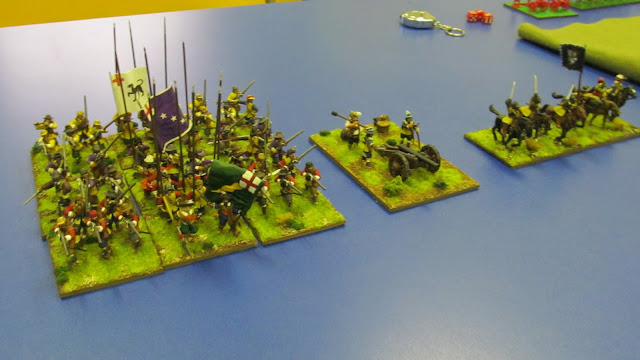 I used my English Civil War figures to discuss the transition in Western Warfare from the 1600's to the Age of Reason in the 1700's. 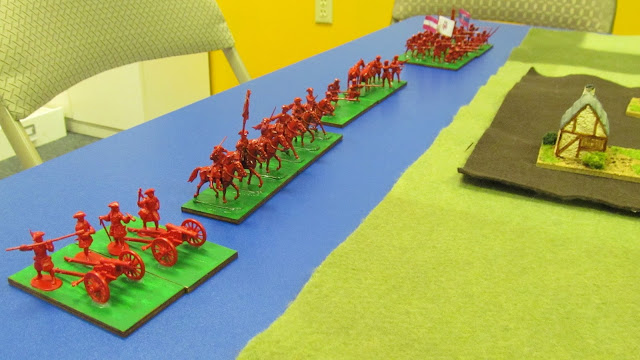 Introducing the types of units. 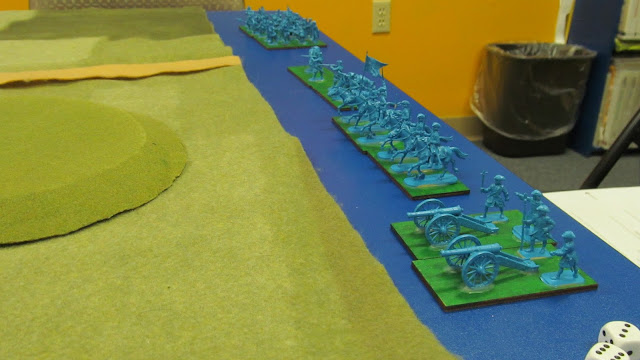 In the Horse and Musket rules there are four types of units: Infantry, Skirmishers, Cavalry and Artillery. 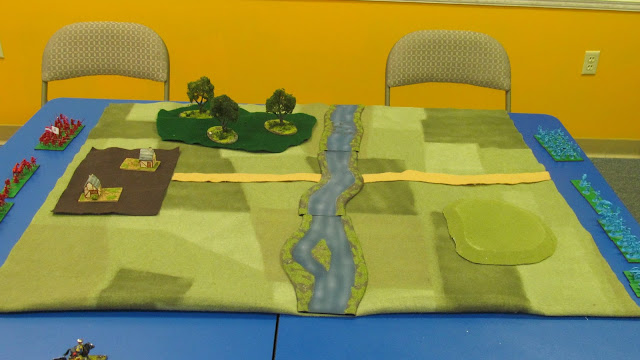 We spent the rest of the first class practicing moving, shooting and charging.  Next week the first battle of the campaign.
Posted by Neil at January 23, 2018