I mentioned in an earlier blog that my Co-op class "One-Hour Wargames: The American Civil War" had been so popular, we decided to do for this semester "One-Hour Wargames: The Age of Reason".  As I knew that I would not have the time to paint the armies, I decided to literally have blue and red armies by spray painting the figures and painting the 3" x 1" Litko bases green.

I now present the Grand Dukedom of Bluehofen: 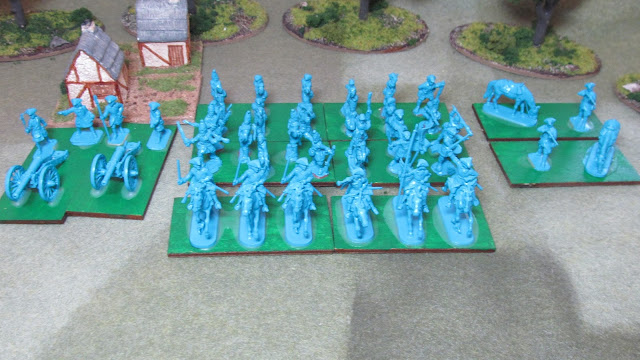 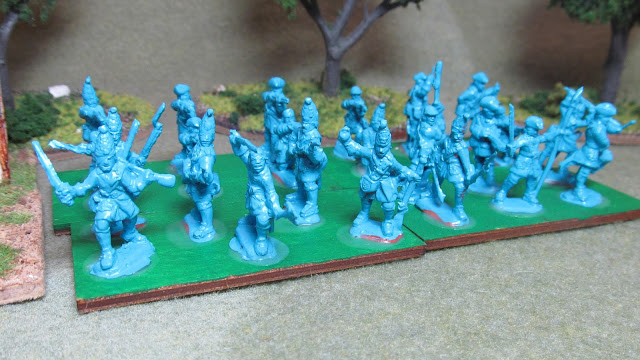 The infantry are 1/72 scale from Strelets's Swedish Infantry of Charles XII. 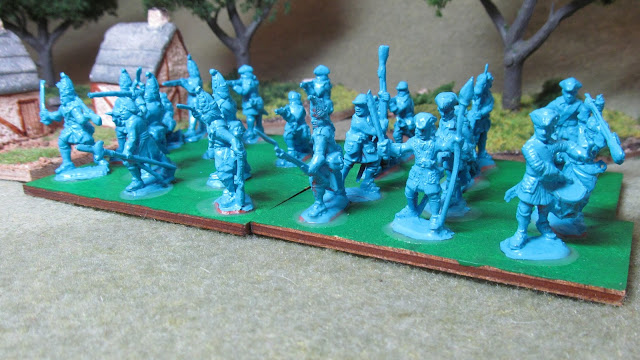 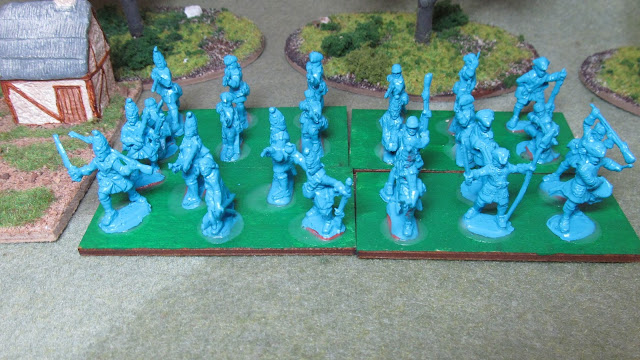 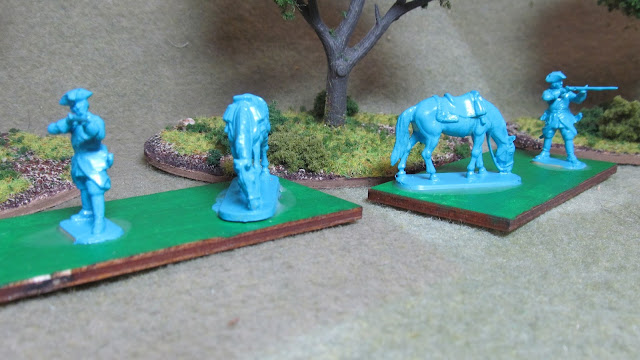 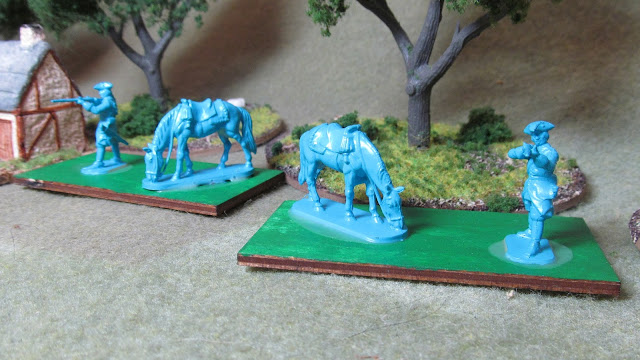 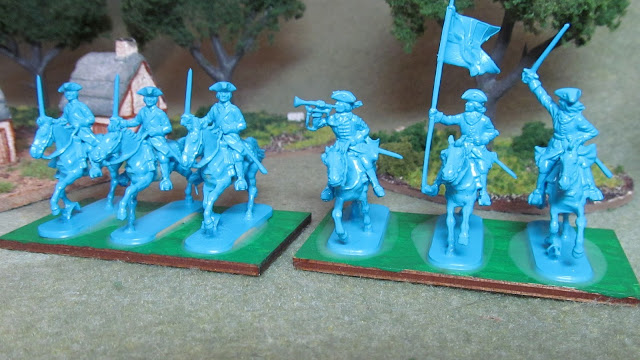 The cavalry are from Zvezda's Swedish Dragoons of Charles XII. 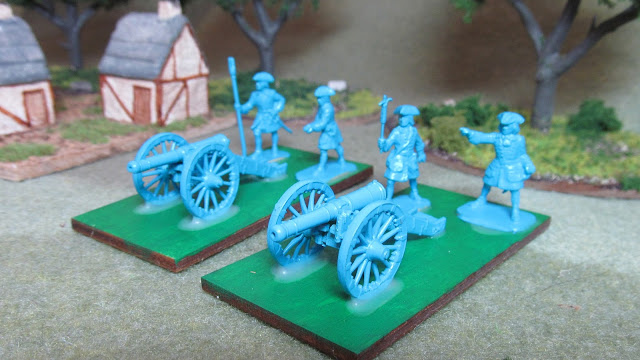 The artillery are 3 lbs. from Zvezda's Swedish Artillery of Charles XII.