My first Irish regiment is complete and I have decided that this will be Manus O'Cahan's Regiment of Foot.  Many of the soldiers in his regiment had fought on the continent during the 30 Years War. Their European combat experience made them some of the most experienced soldiers serving in the Civil War. 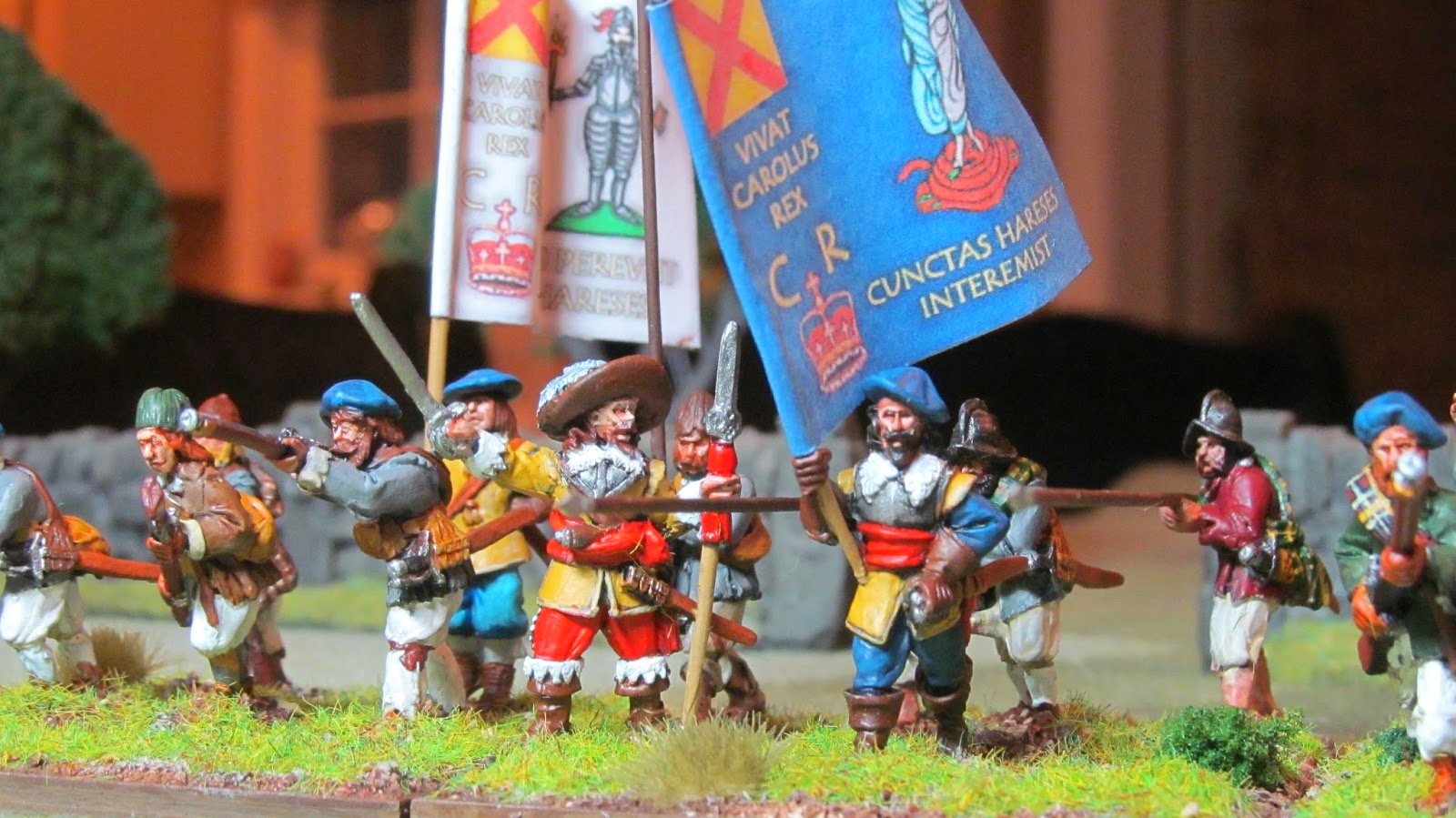 They fought for a year under Montrose and O'Cahan stayed with Montrose as he started to prepare for the advance to the Scottish-English border when others had deserted the army. 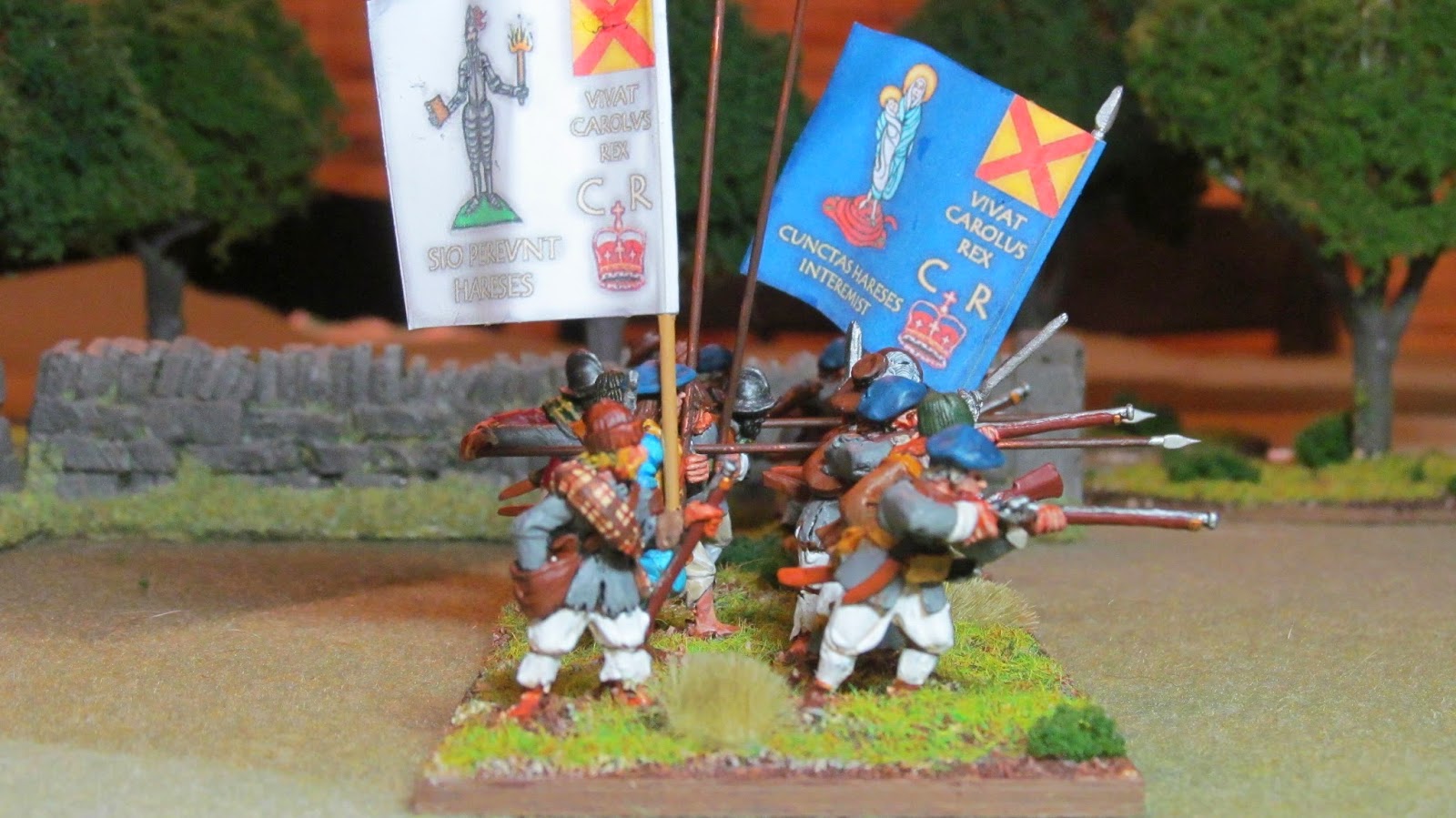 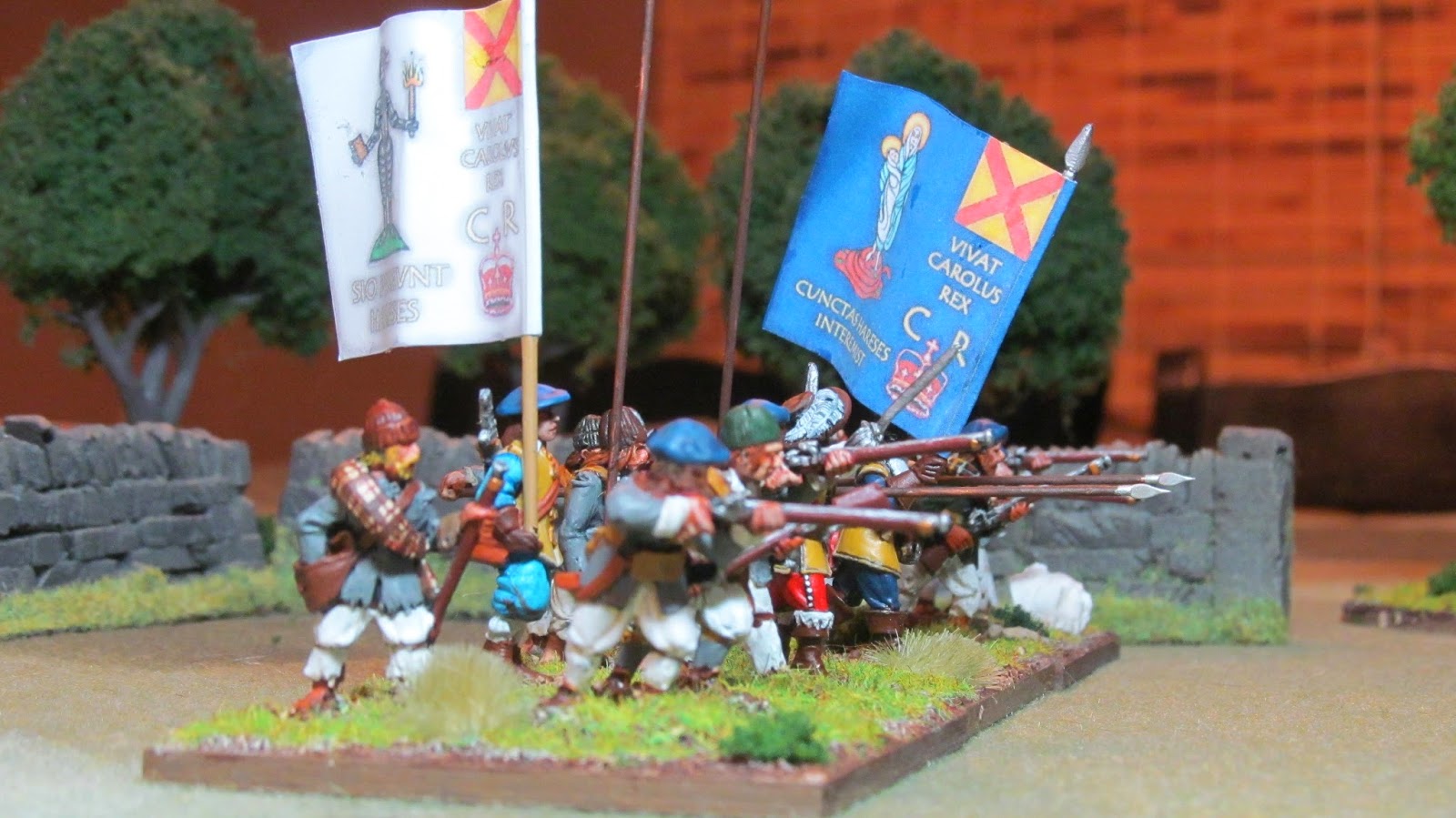 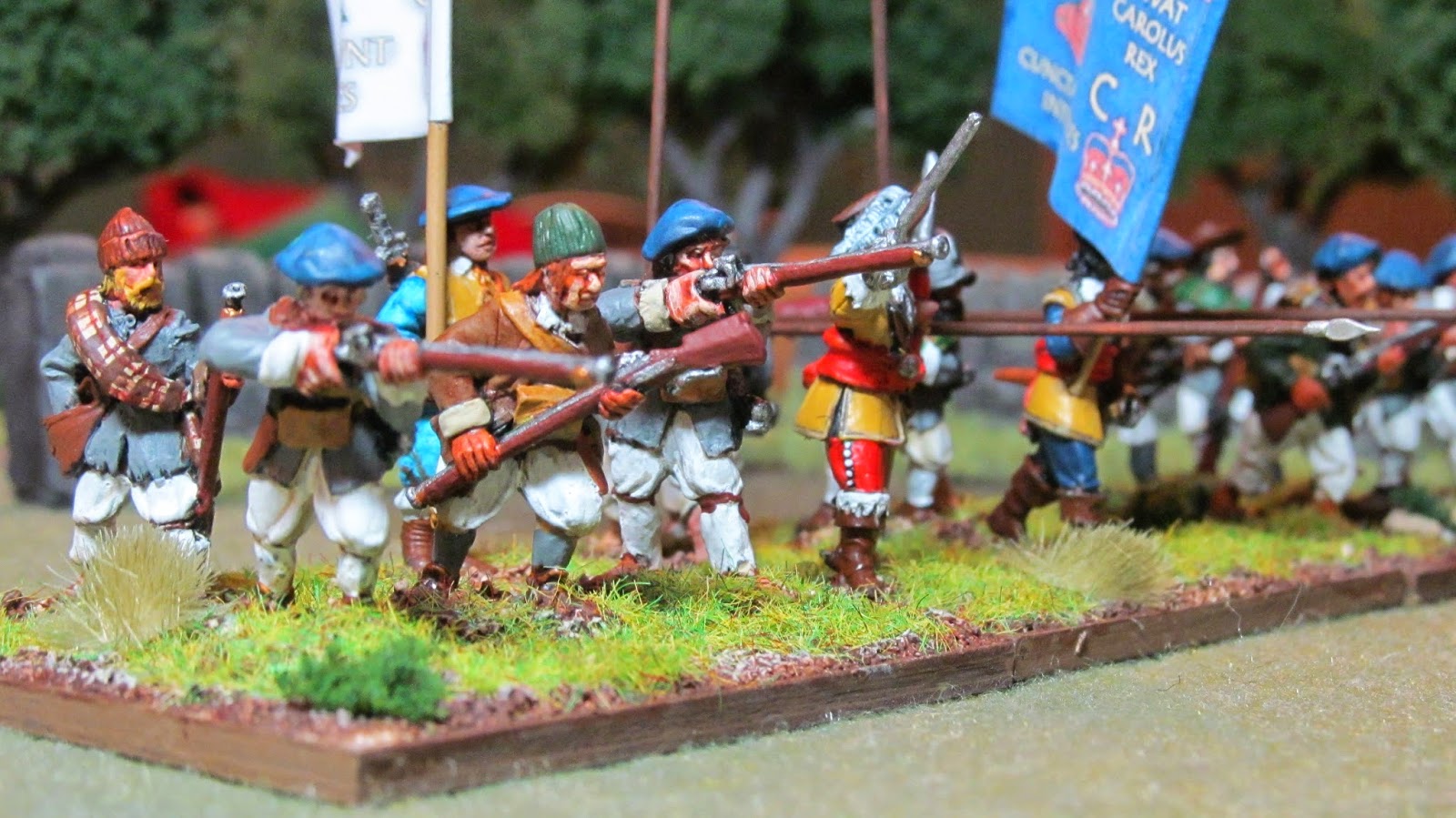 Unfortunately, the increasing collapse of the main Royalist forces in England meant that more Scottish Covenanter forces could now be sent back to help defeat Montrose and his allies in Scotland. David Leslie (Warlord Games has an excellent figure of Leslie), a highly experienced soldier and Covenanter, attacked O'Cahan's men as they were just waking up at an encampment in Philiphaugh on September 13, 1645. 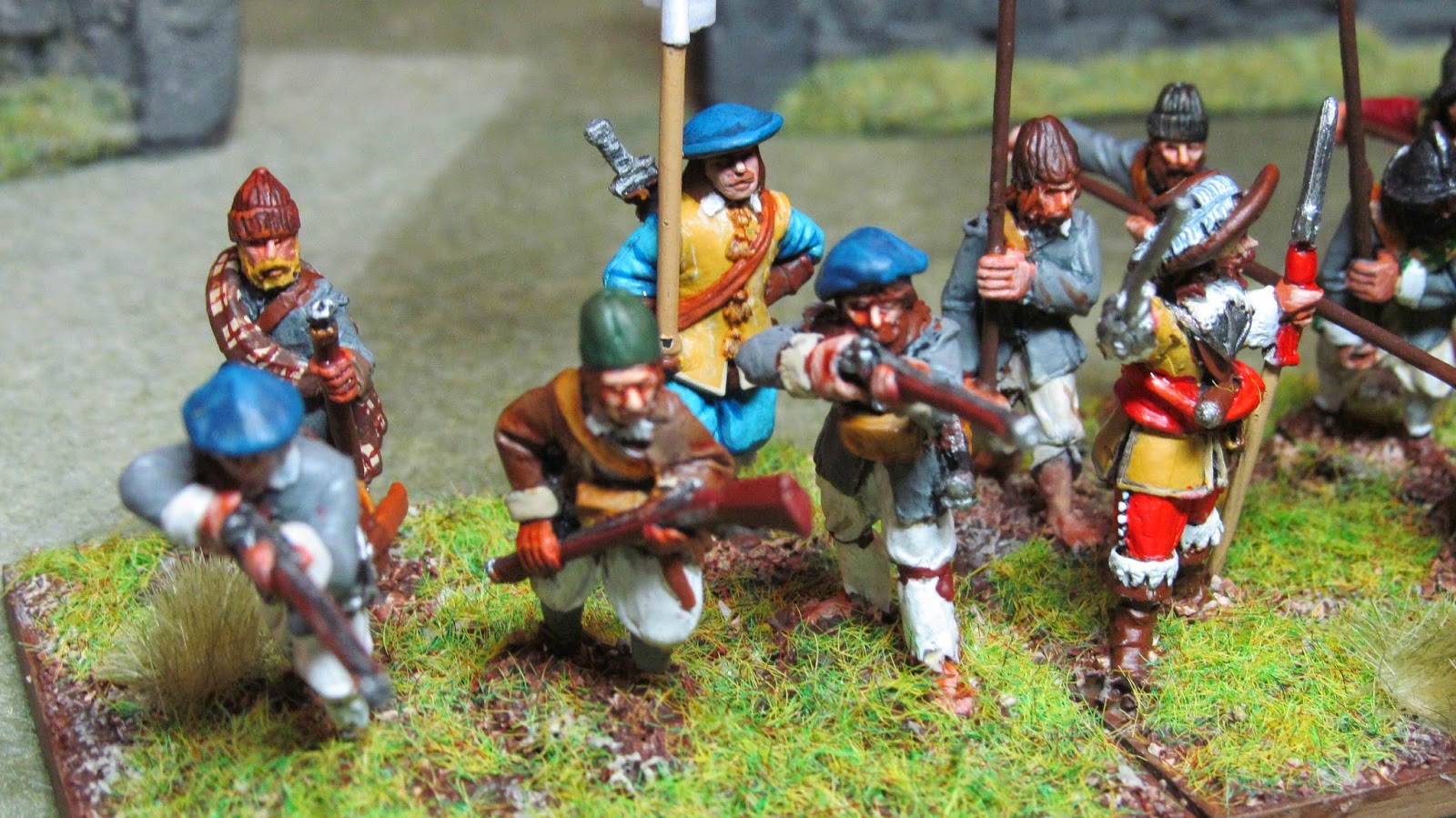 O'Cahan's forces and those of the other Irish units who had stayed with Montrose found themselves under severe attack and hopelessly outnumbered. Within hours they were reduced to less than five hundred men but they fought on valiantly. 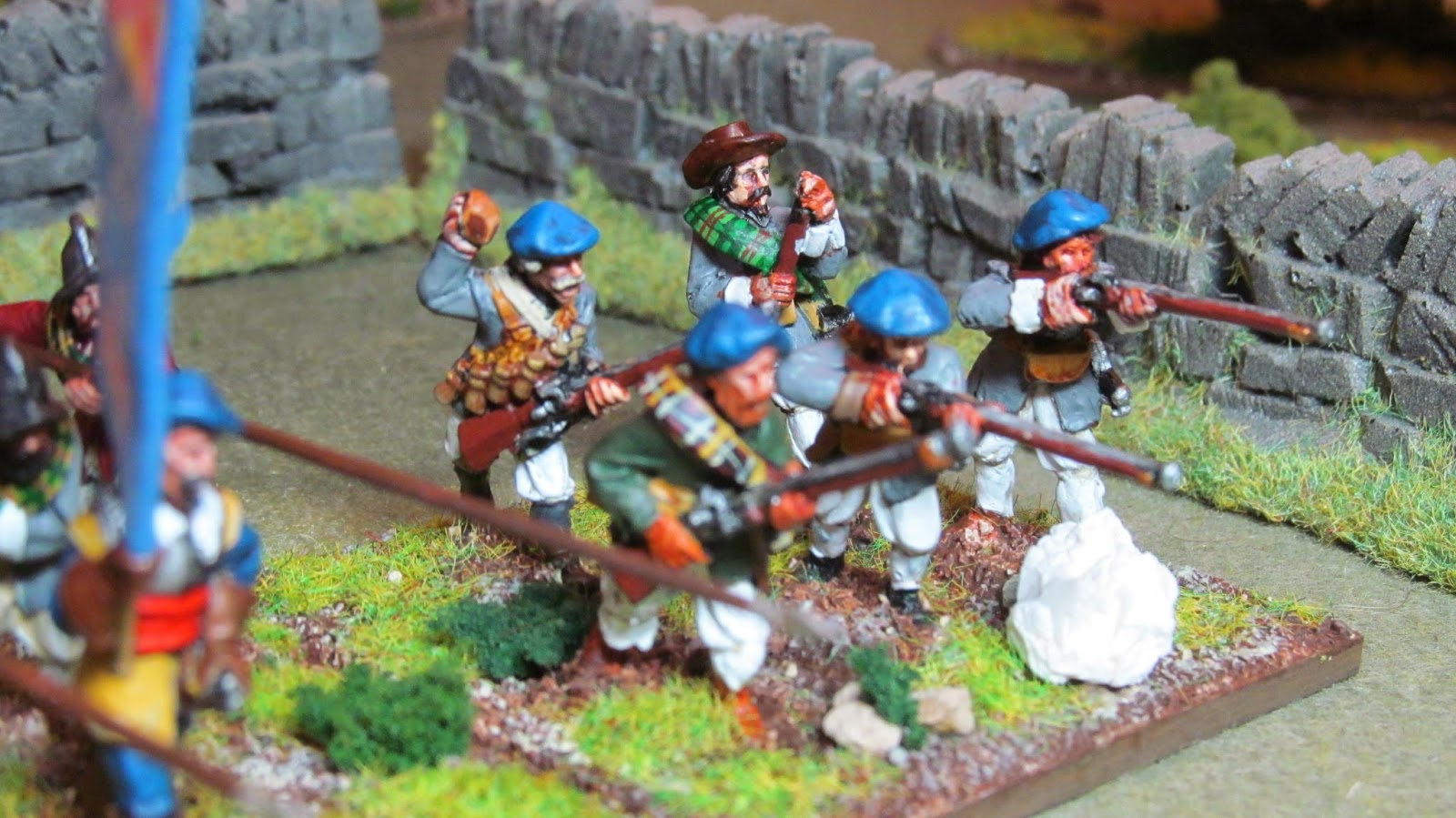 Leslie offered O'Cahan terms of surrender: If his men laid down their arms and agreed to leave Scotland forever they would be allowed to go free. O'Cahan agreed to this, but Leslie had the now unarmed Irish captured and O'Cahan witnessed the execution of virtually his entire army. The women and children who had followed his forces were also brutally executed, many by drowning in the rivers around Philipaugh. Colonels O'Cahan, and Thomas Laghtnan were taken to Edinburgh Castle and hanged from the South Wall without a trial.  A sad end for a professional soldier and the men he led but indicative of the fierce hostility between Protestants and Catholics and the animosity of clan warfare in Scotland at the time.
Posted by Neil at 6:15 PM