For my ECW infantry regiments I paint the pike block and command for a unit first before doing my musketeers. I am really enjoying painting these figures and a ragged bunch they are - except for the officers!  The pike stand will have 4 men with pikes, the commanding officer in his finest clothes and an ensign with a flag to be determined. 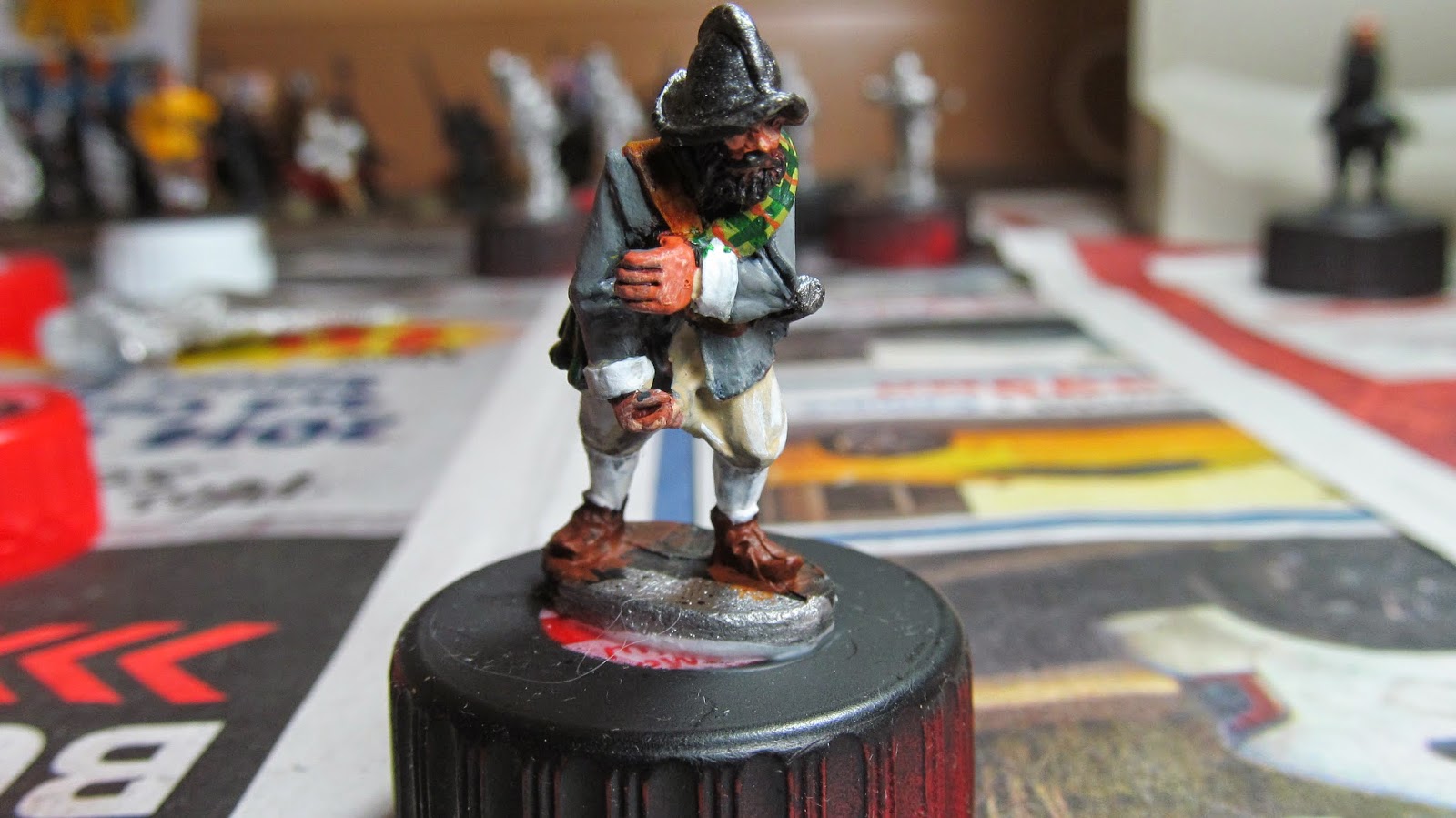 After spending last year painting oodles of highlanders, I can't believe I am painting plaid again!  Fortunately they are being worn as bedrolls on these figures and paint quickly! 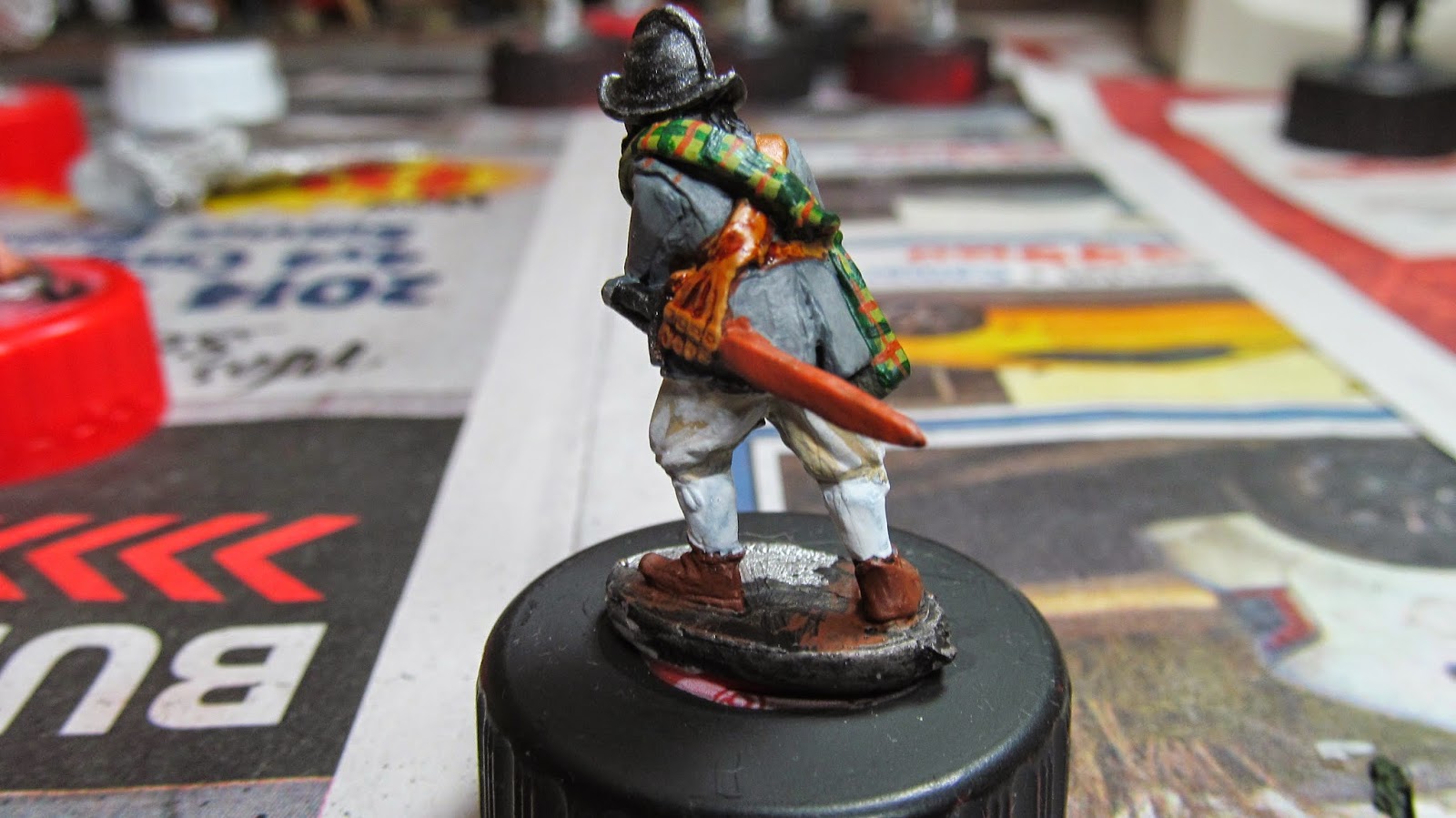 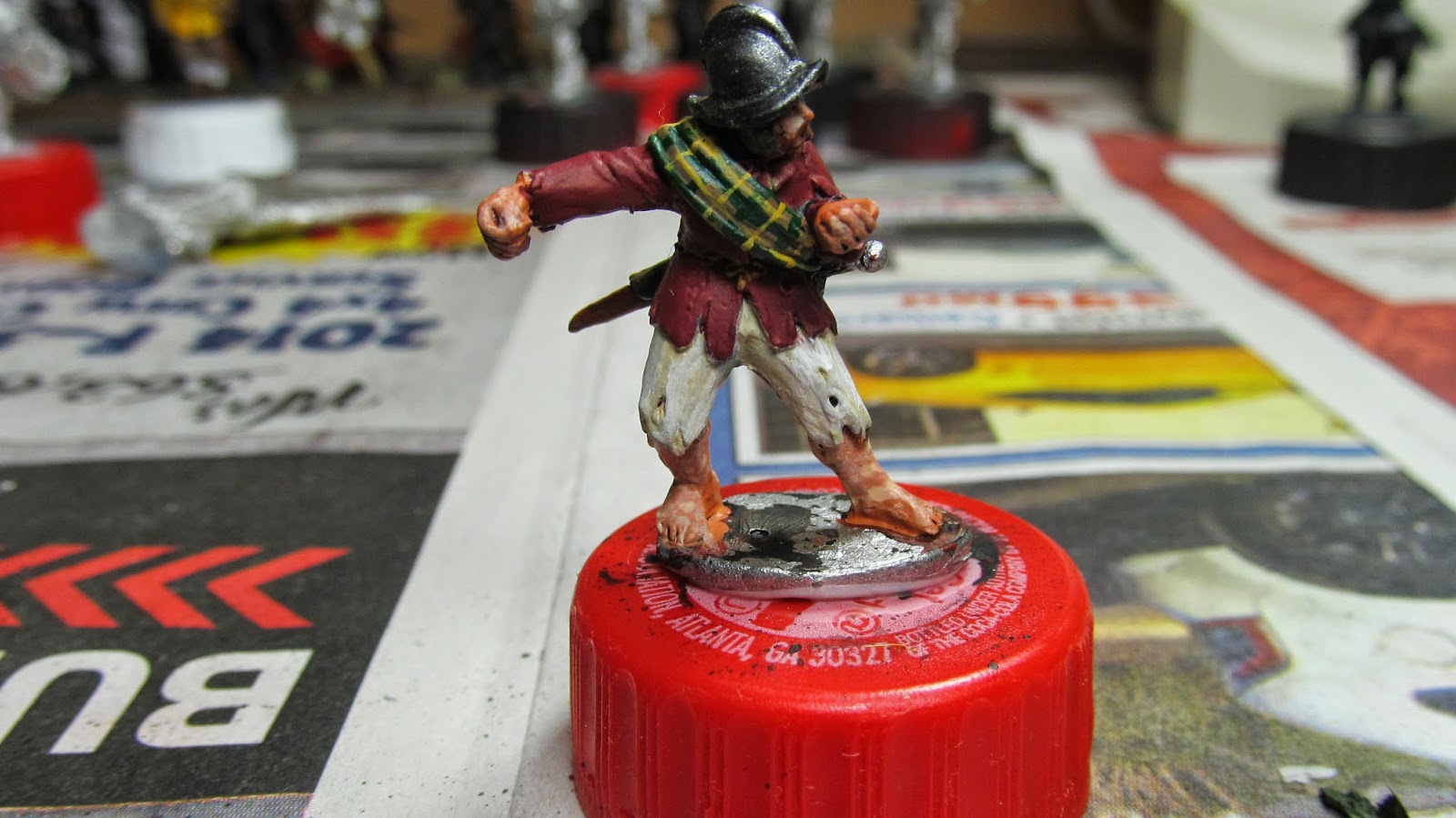 I decided to give the above pike man a faded red coat as some references on the Irish regiments in Montrose's force state that initially some of the foot had red coats. His coat is wearing out and he hopes to replace it with some Hodden Grey taken from one of my ancestors. 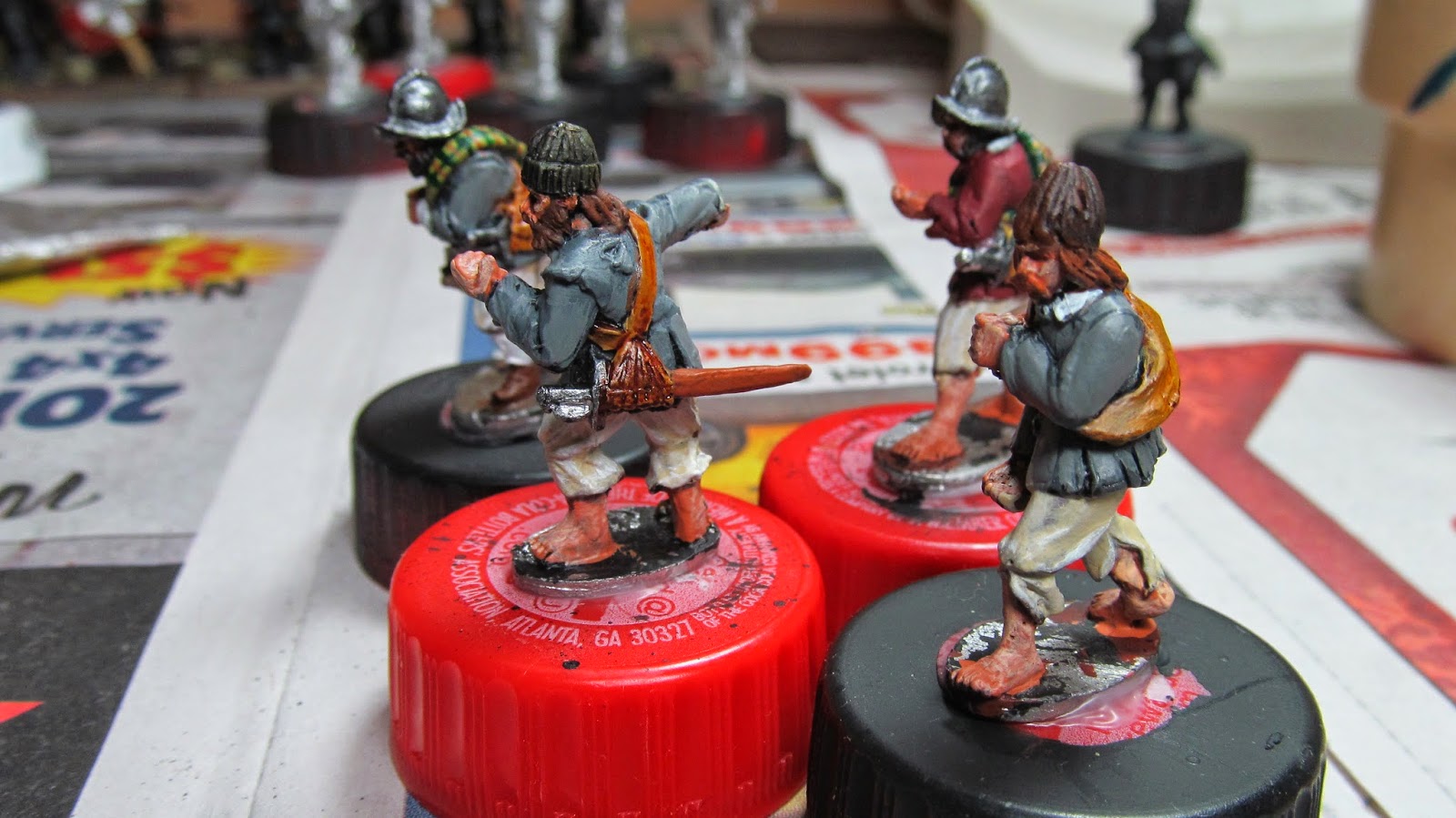 To give the unit a sense of uniformity, I decided to go with the "white" breeches that are mentioned in some references of the period. 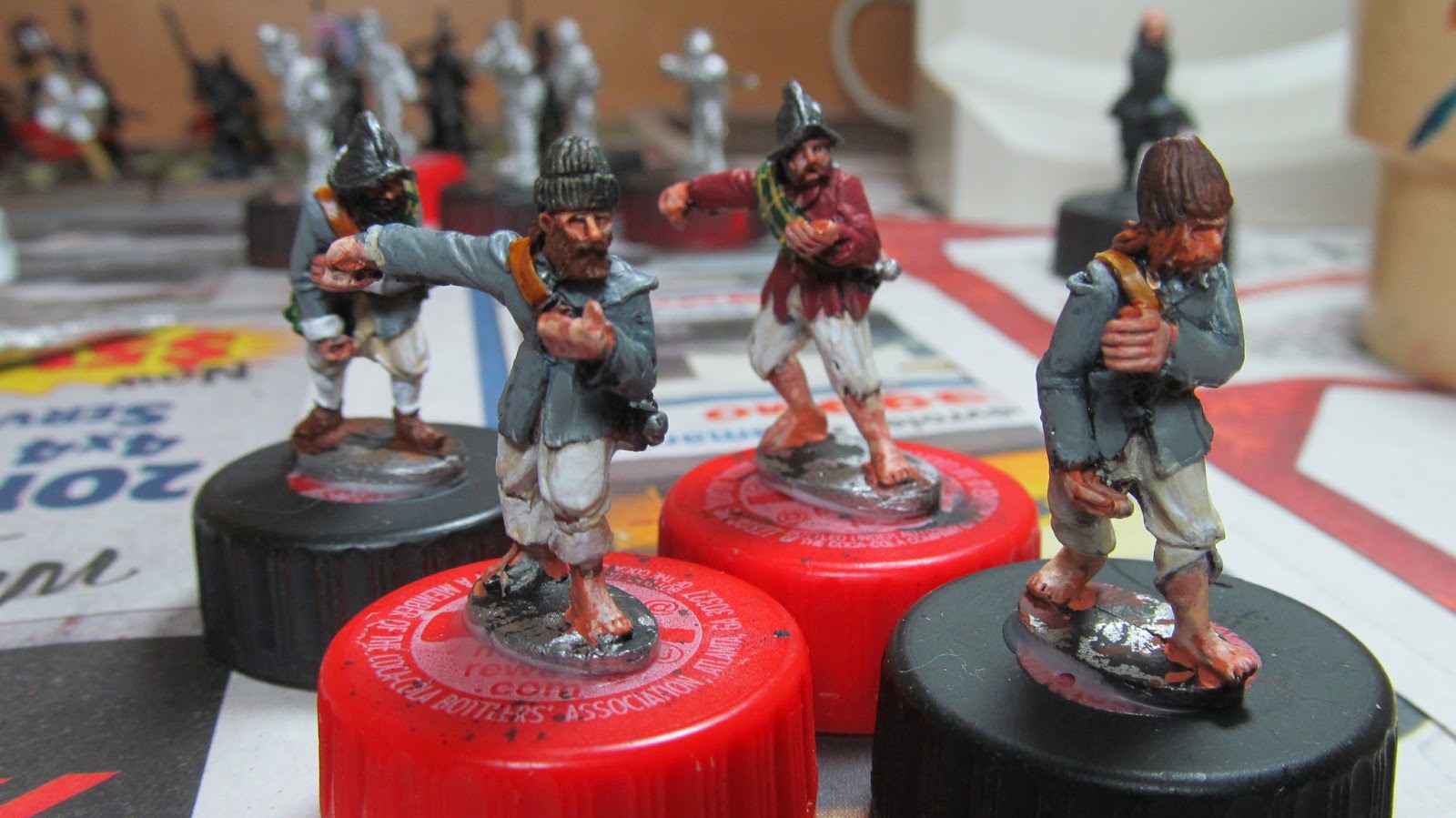 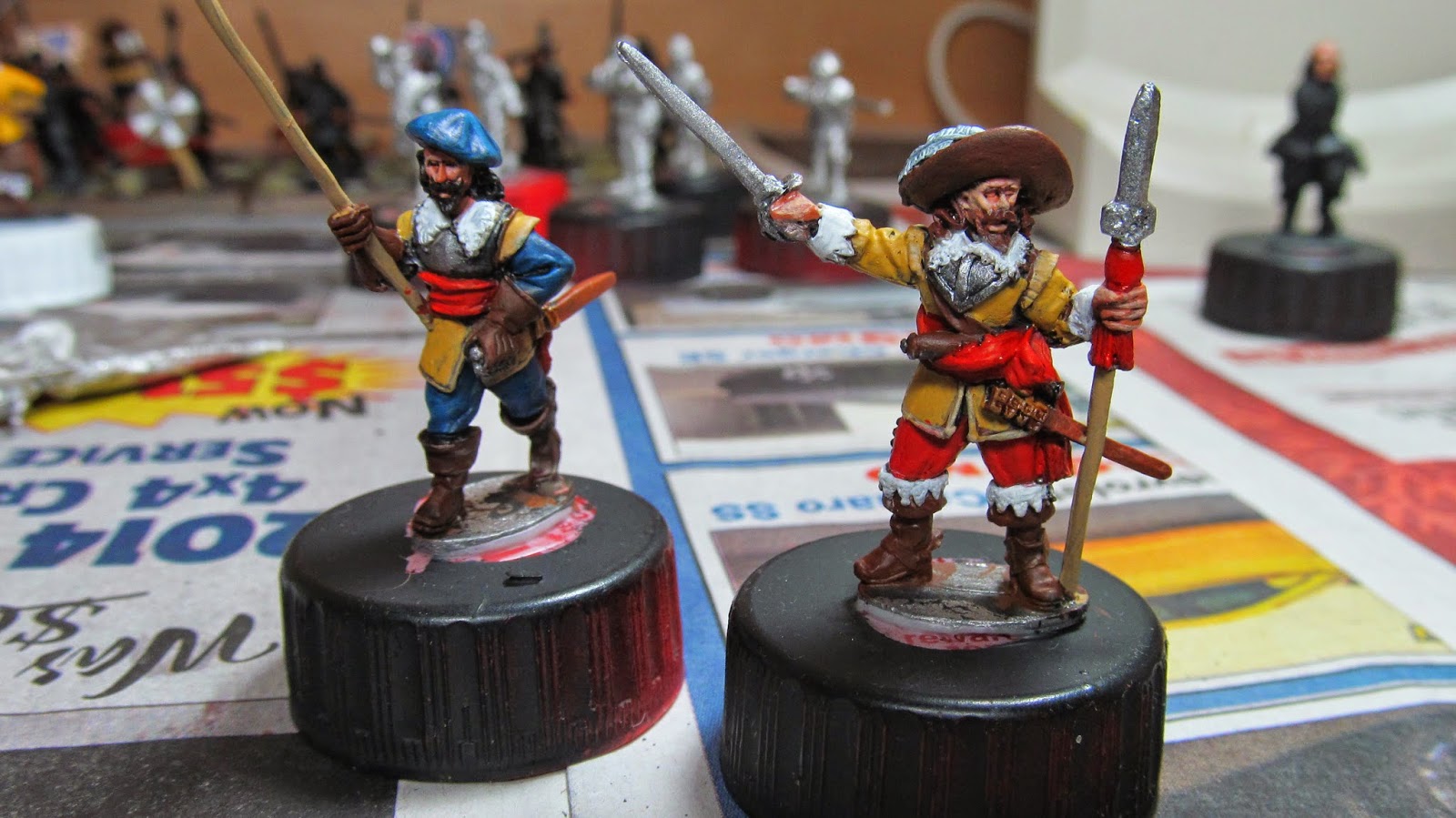 The unit's commanding officer made a quick stop at the local store and was able to pick up the latest that the dashing gentleman of the period would be wearing.  The figure is one of my favorite figures sculpted for the ECW from any manufacturer. Nest to him is his nephew who will be carrying the unit flag. 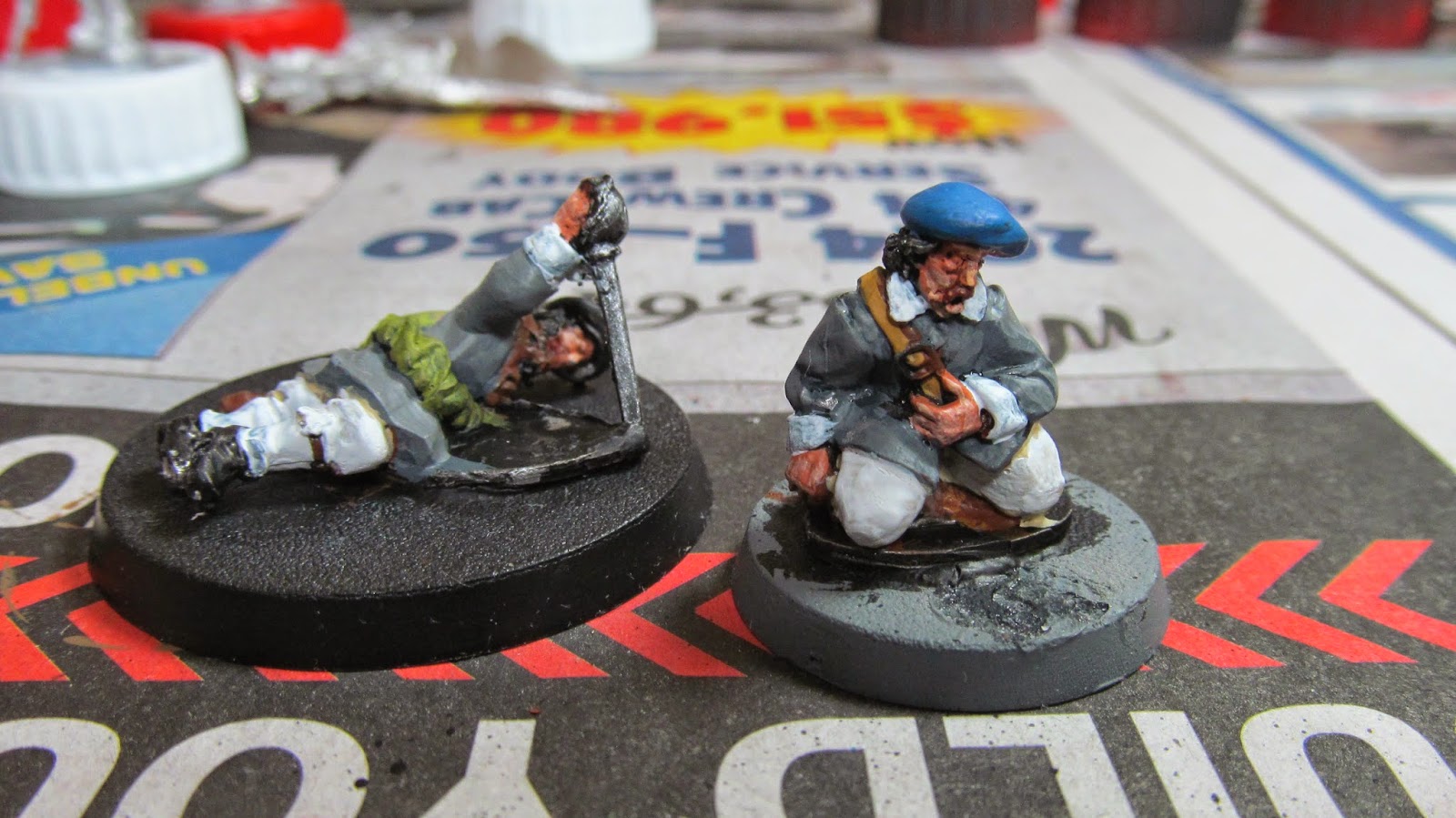 Victory Without Quarter can be used with markers to keep track of "casualties". Once a unit takes casualties equal to the amount of stands it has, it is removed from play. My infantry units have three stands and I have been doing 2 casualty stands per unit. Casualties are also from Warlord Games. 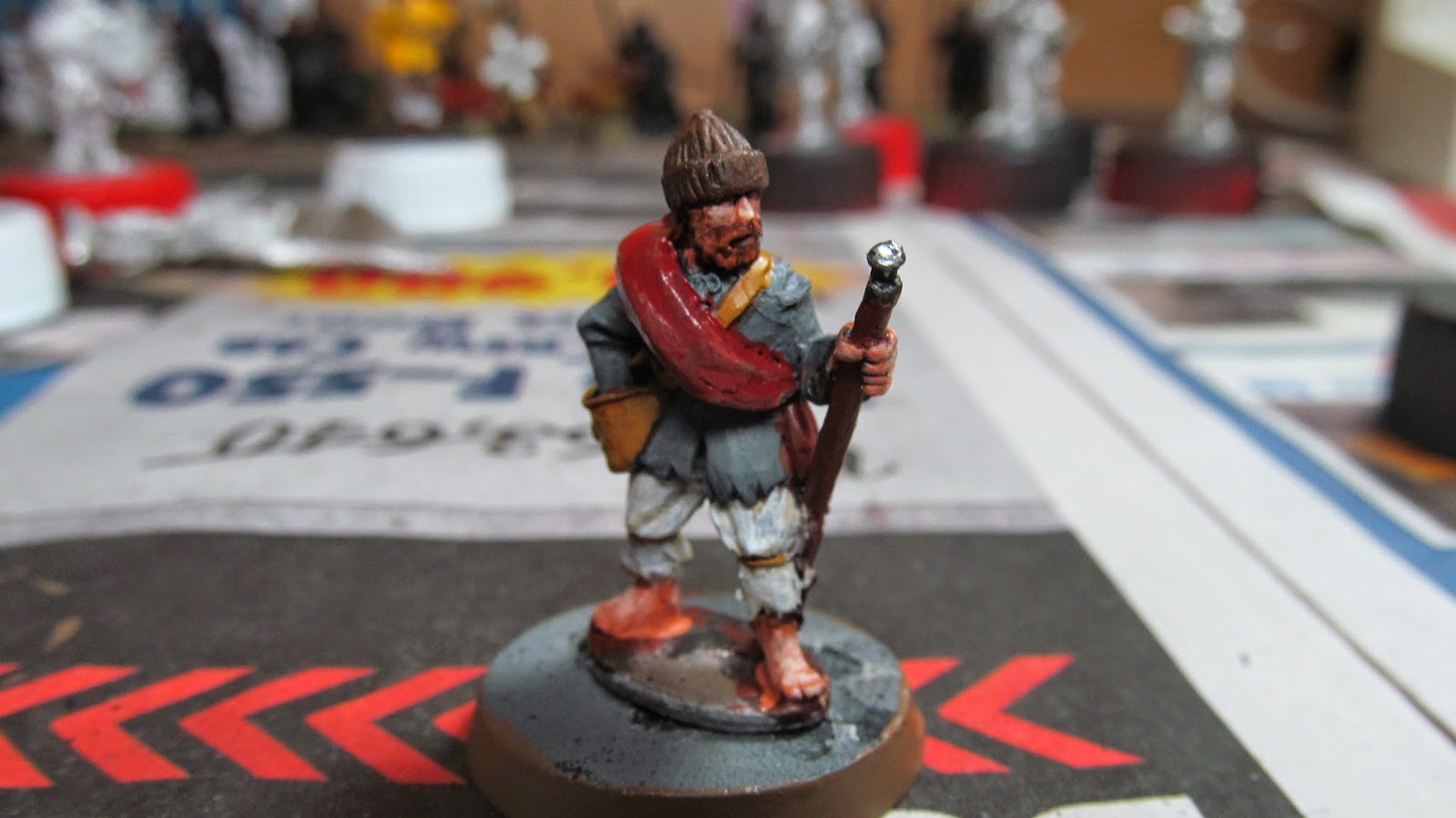 The musketeer reloading will be used as a  . . . wait for it . . . reload marker. Once a unit fires a prepared volley they receive a reload marker and do not receive a firing bonus until they, well, reload. 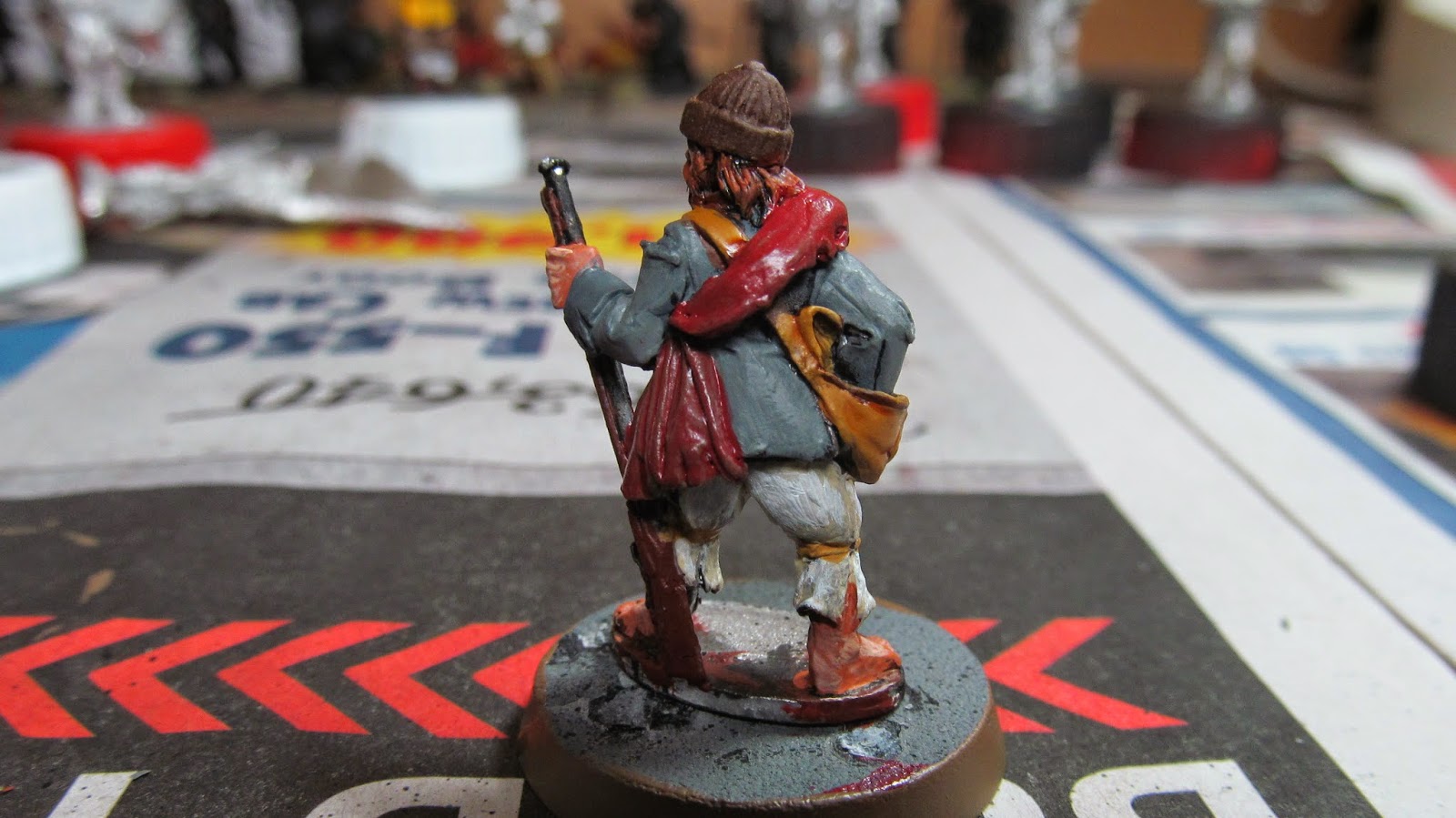