It turns out that there is more information on War Poodles in history than I imagined. Several links were shared with me detailing the history of War Poodles and one of the most interesting is the  Poodle History Project. Wow. The sections on army and navy poodles is fascinating. I was also able to find some more contemporary art of Boye including a woodcut of his death in battle. 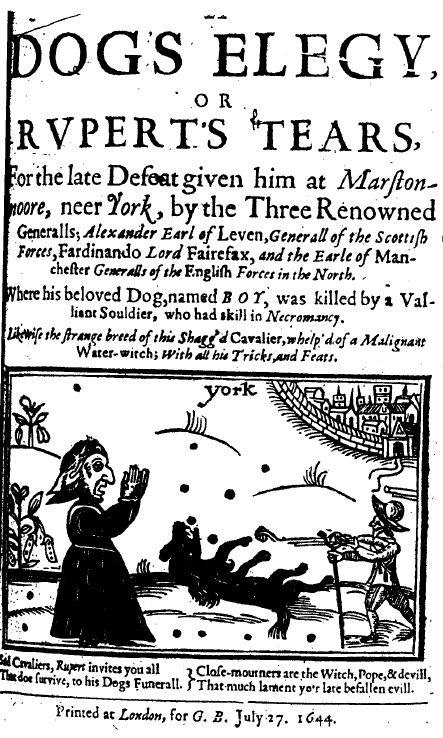 The Puritans claimed in the pamphlet, “A Dog’s elegy, or Rupert’s Tears” that Boye had been “killed by a valiant soldier who had skill in Necromancy.” The verse ran:


"Lament poor cavaliers, cry, howl and yelp,
For the great losse of your malignant whelp."

There are also 10 separate entries of Poodles that served valiantly in the Napoleonic Wars including Sancho: 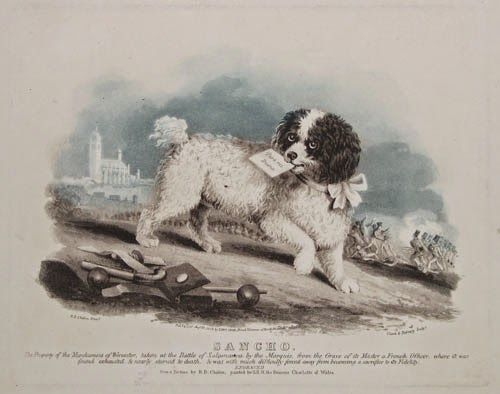 "Para Mi Dueno" is written on the card in the dog's mouth which translates to "For My Master", and the battle is in the background.

He was found during the Battle of Salamanca by the grave of its then former master, a French officer, who was killed in the battle. When found he was nearly exhausted and starved to death and was rescued by Henry Somerset, Lord Worcester who would later be the 7th Duke of Beaufort. Sancho became his loyal pet, and was admired by many including princesses (a great way to meet the ladies!). Sancho was also later painted with the Duke walking in Hyde Park, one of the largest parks in central London. 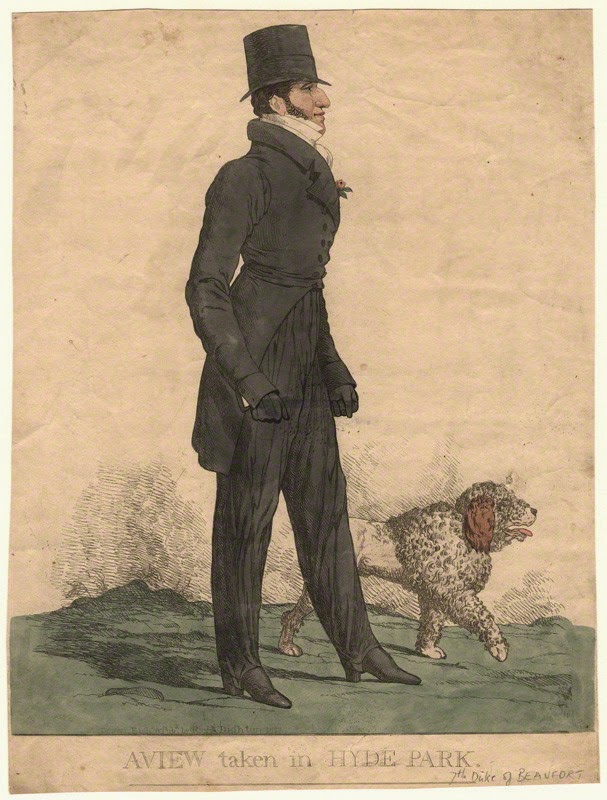 The Duke of Beaufort and Sancho in Hyde Park 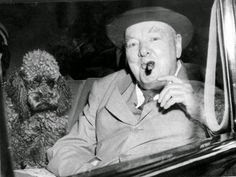 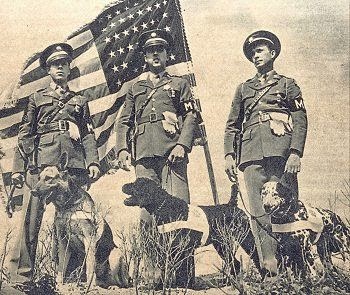 . . . and let's not forget the French Poodle and Indian War: 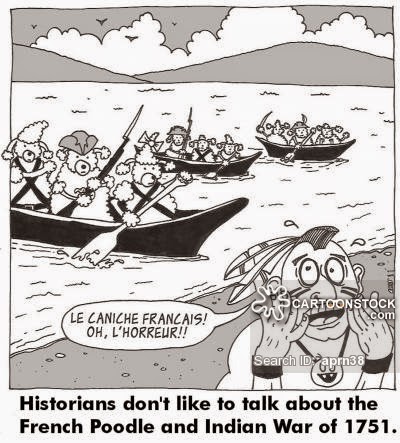