With the start of a Revolution in Military Affairs (RMA) during this period of Western Warfare, we start to see the transition from deciding battles with shock to that of deciding them through firepower. And if my Irish are going to keep up, even if they have a reputation for shock tactics, they will still need some firepower on my gaming table. A Christmas gift from Honorable Son #1's sister-in-law is Warlord Games Montrose Irish boxed set. The boxed set comes with 16 metal musketeers.  My forces usually have 2 stands of musketeers with 5 or 6 figures each; with the losses and attrition the Irish take during the Scottish campaign I decided to go with 5 figures each.  I had already used one of the figures as a reload marker leaving me with 15 to choose from - saving the other 5 for the next unit! 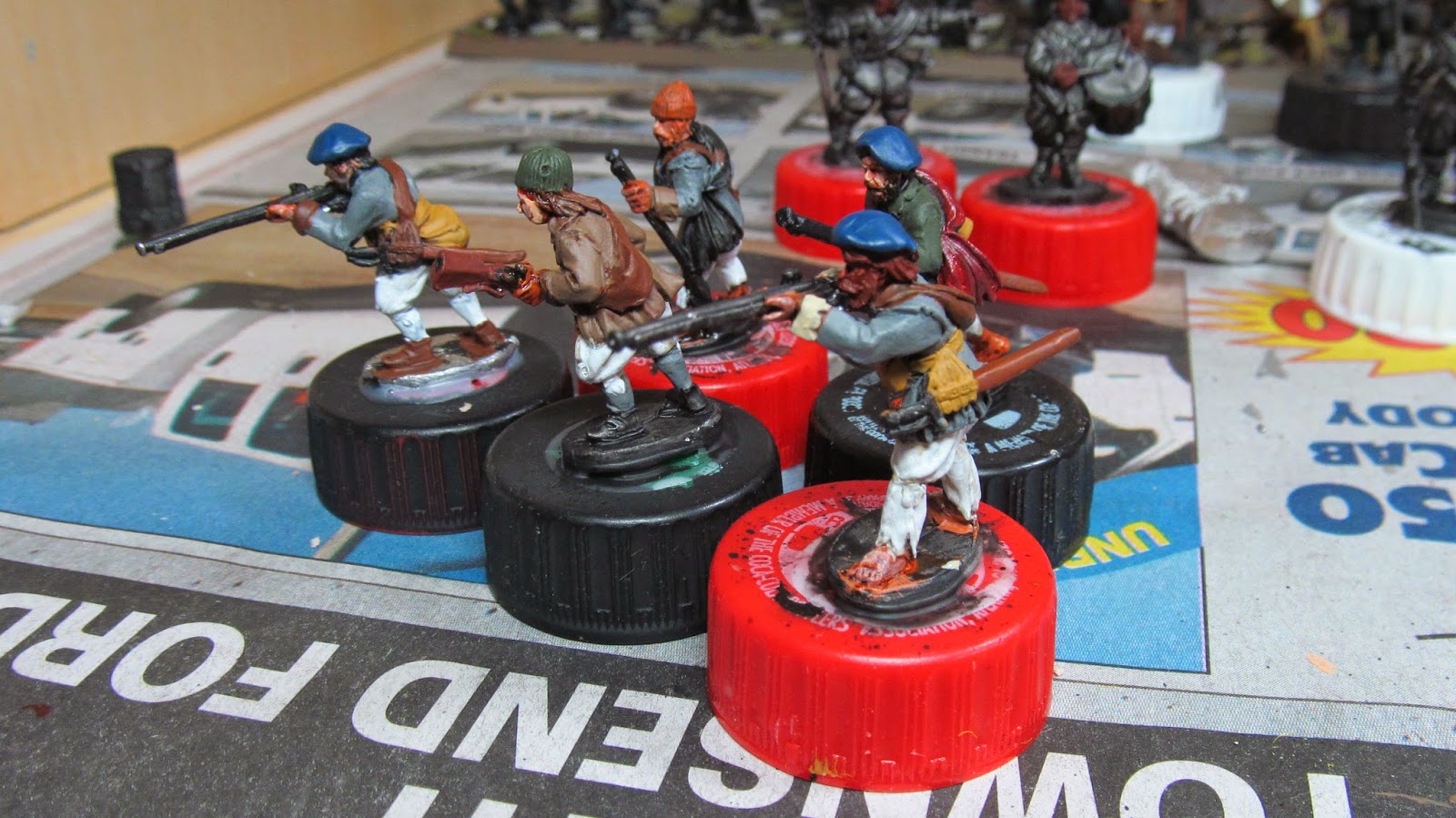 I have grouped the figures for painting on the soda lids so I get an idea how they will look grouped on the stand. The Irish figures are sculpted as if on campaign . . . and they have been campaigning for awhile. Jackets have holes, cuffs are torn and many of the figures are barefoot.  Note the hole in knit woolen hat of the figure in the middle of the front rank and the torn breaches of the bare foot musketeer to his left in the picture above. 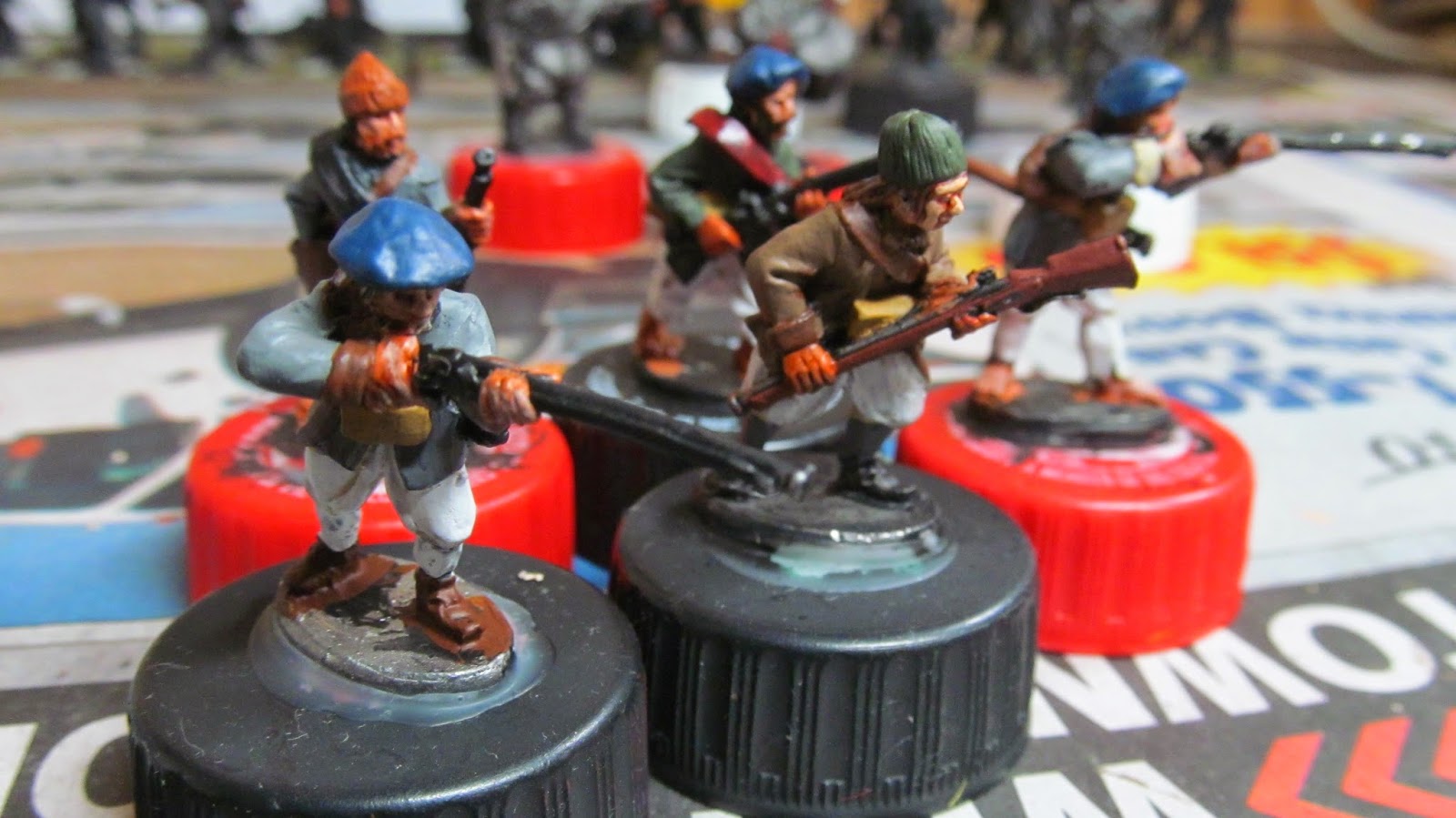 The figures in the box are provided randomly from Warlord Games' Irish range; the variety and mix of figures is just right allowing you to concentrate on a firing line or a line that is charging. For this unit, even though one figure has reversed his musket in anticipation of hand to hand (the command was Prepare for Pell Mell) I went with the firing line look. 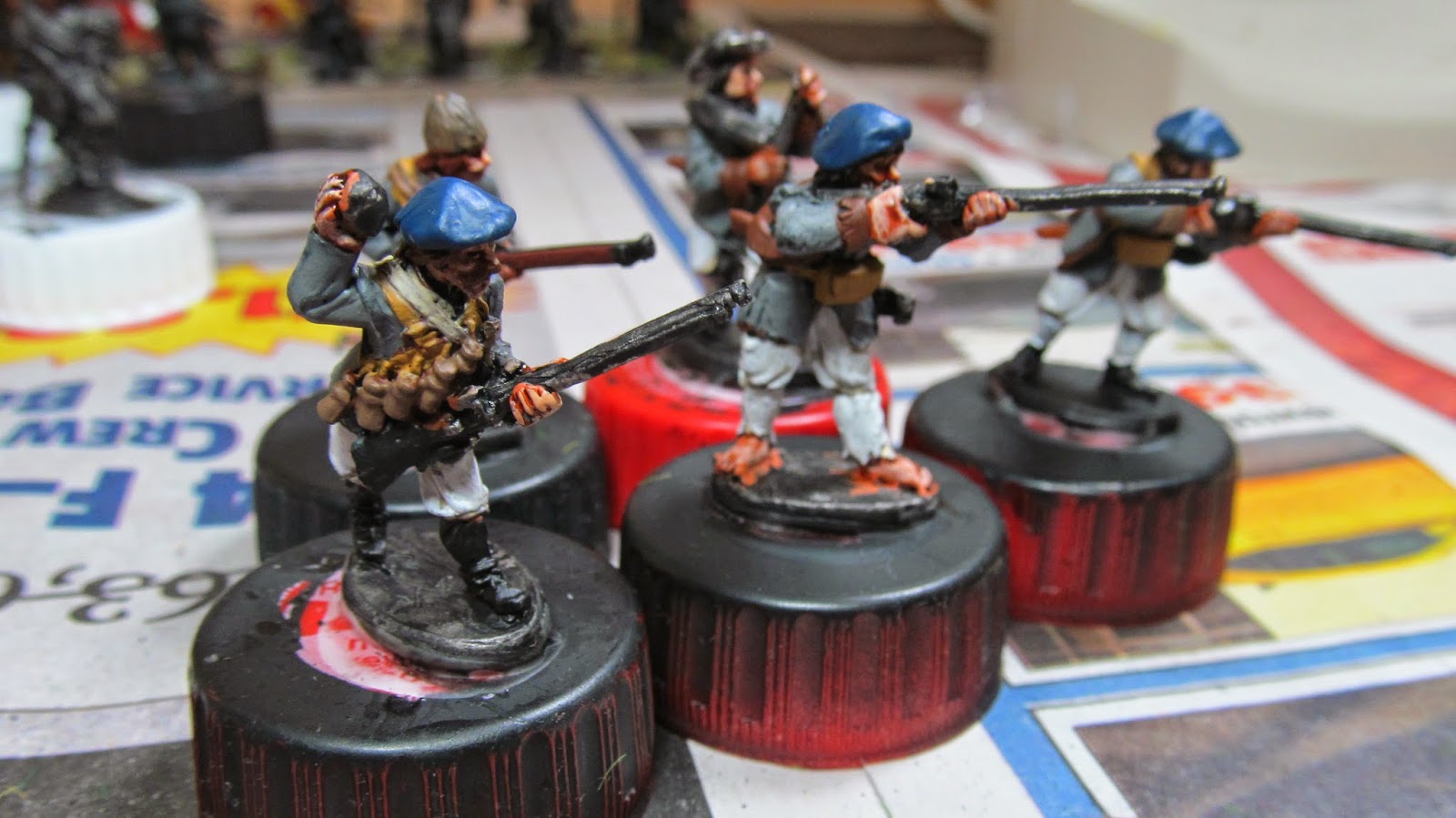 I wonder if the Irishman on the left of the photo has some hobbit in him?  J. R. R. Tolkien warned us never to turn your back on a hobbit when he has a rock in his hand. 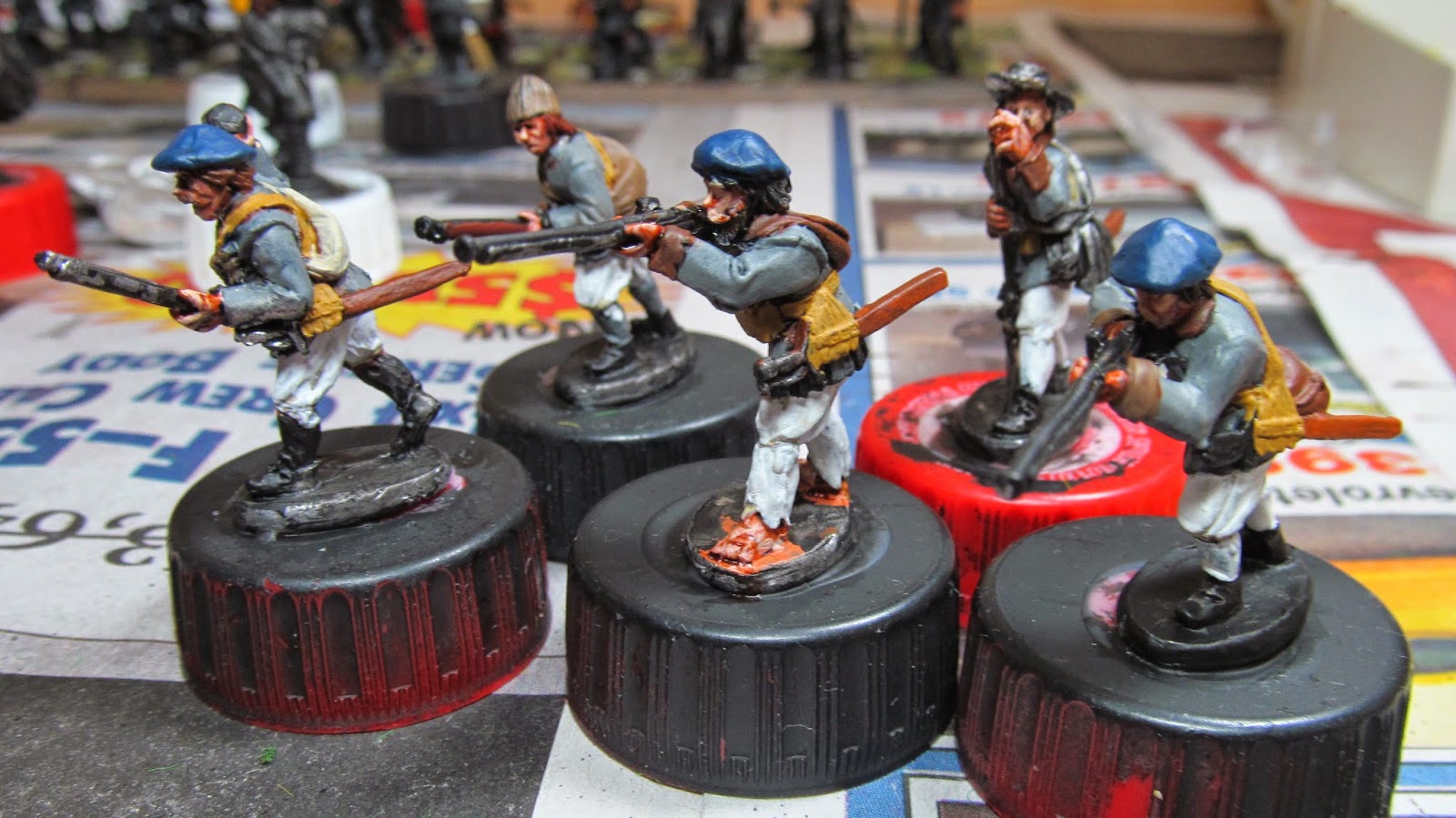 As I started painting the figures, I realized that there really is no reason why they could not be used as other Scottish units; providing variety for either Montrose or Covenant forces. I am not an expert on Scottish armies of he period, but I will do some research. Most of the figures have the ubiquitous woolen bonnet and could portray units on campaign or hastily called up local and militia forces from the high or lowlands.