I found a great contemporary picture of Prince Rupert and his War Poodle Boye that was distributed by Parliament as propaganda during war depicting them at the sacking of Birmingham. 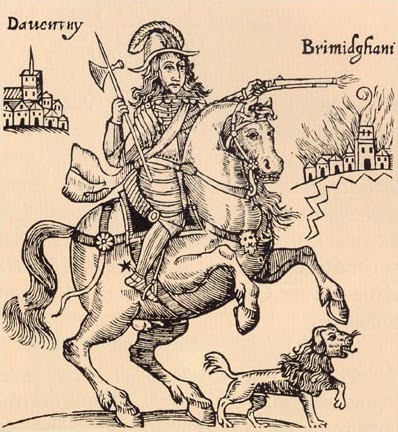 It is not hard to see where Warlord Games got the idea for their figures - including the war hammer that Rupert carries. 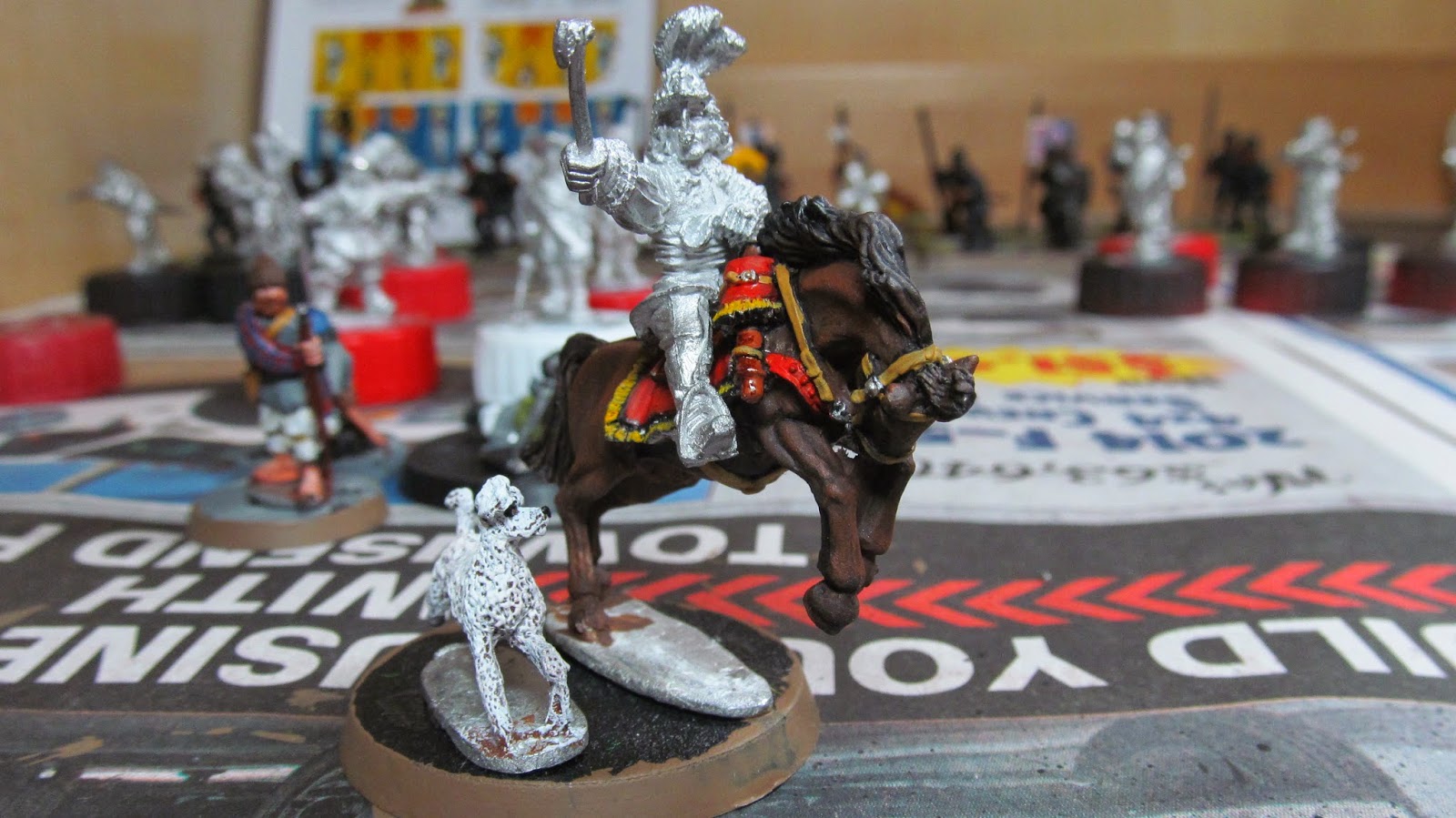 Both Boye the War Poodle and Prince Rupert's mount are now finished. I took my time painting the horse blanket this time. The first coat is Mechrite Red from GW's Foundation paint lines. Once dry I went over the blanket with Blood Red. The fringe was Bubonic Brown (now called Zamesi Desert) which is a good yellow or base for a brighter yellow. Speaking of yellow, the highlights were done with Golden Yellow. The holster caps were painted the same. 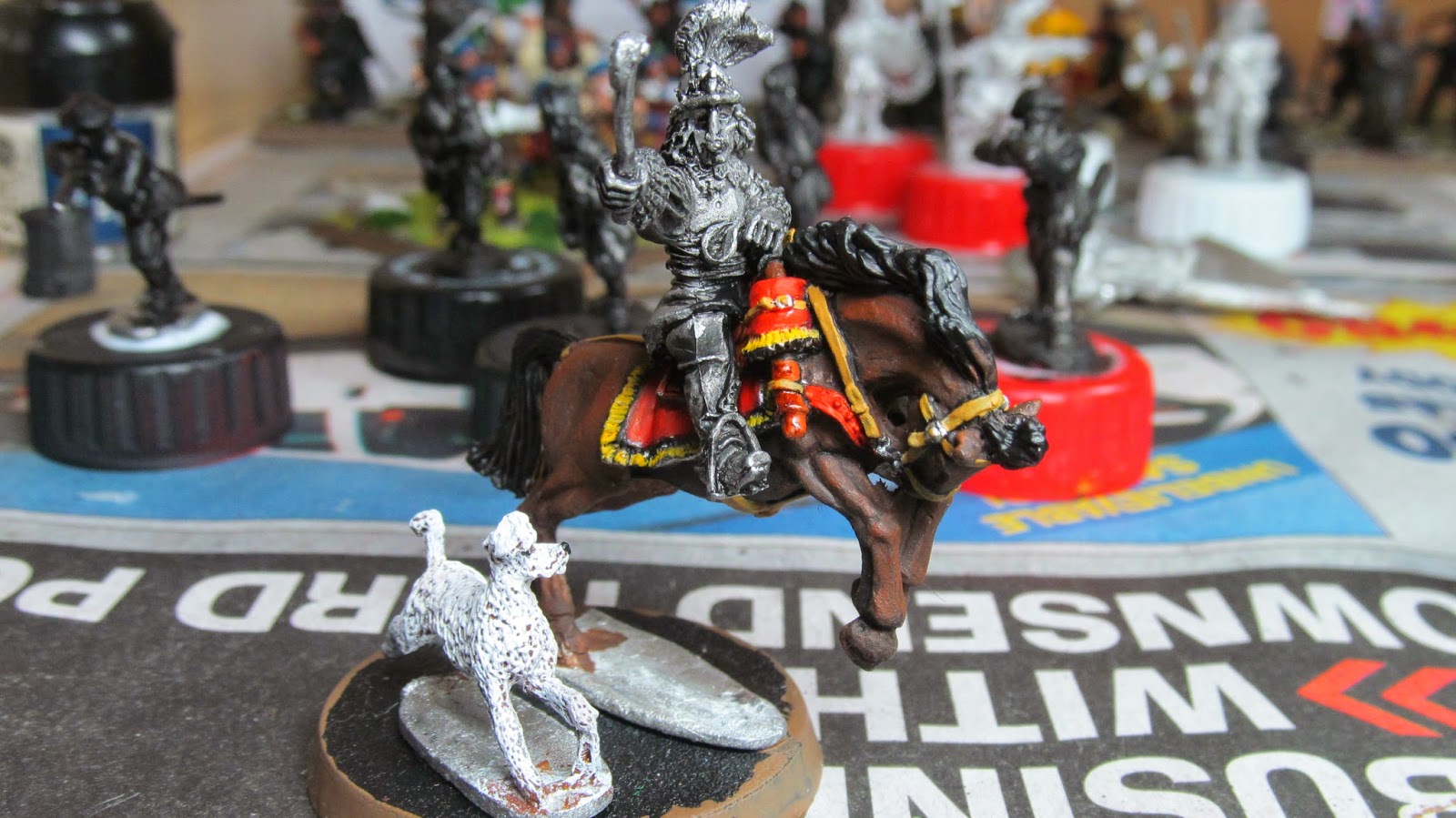 Before using super glue to get Prince Rupert on his horse, I used watered down black as a primer. I have found this an effective means of bringing out the detail of the figure for painting and for giving a good start to the armor. 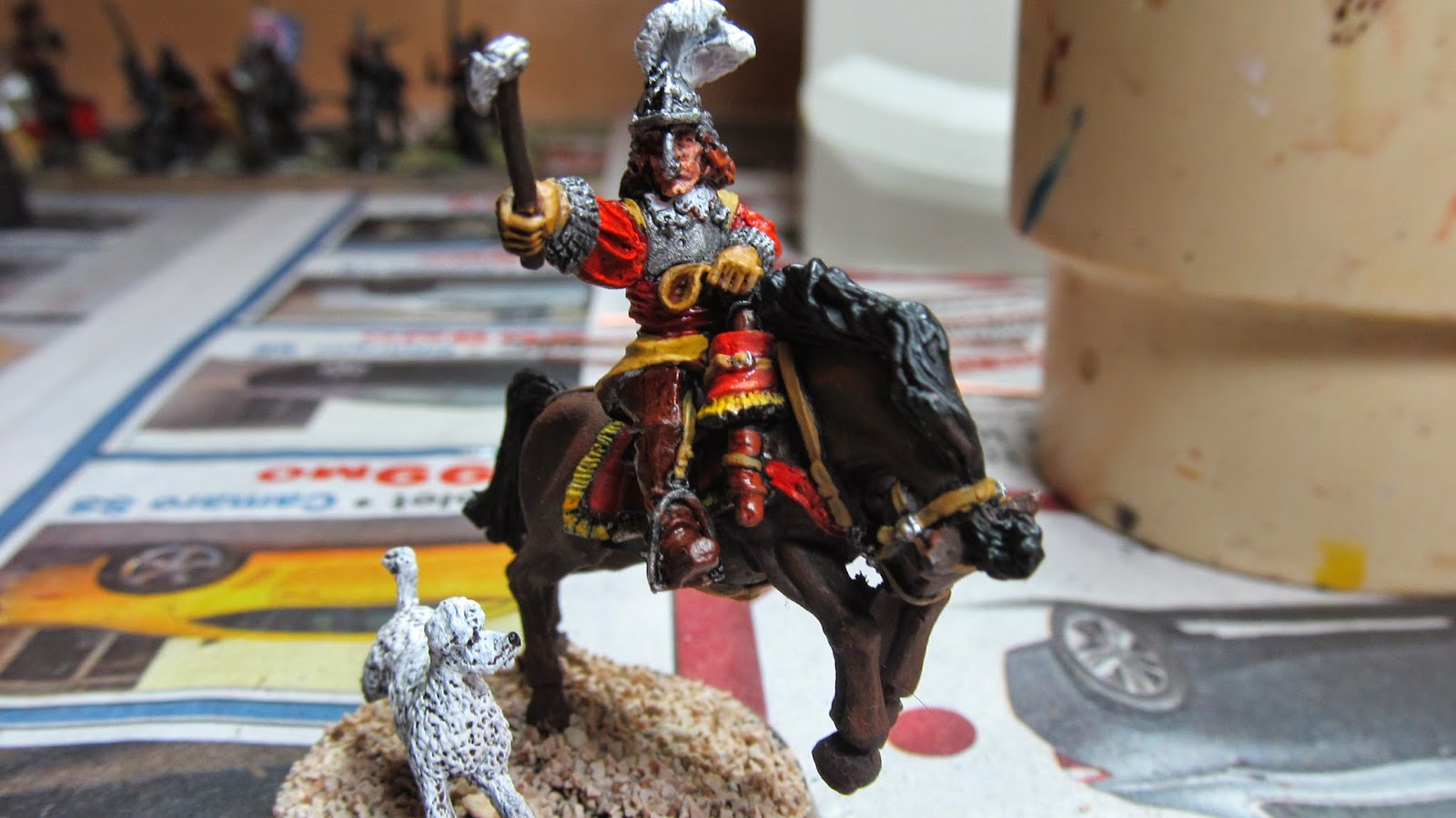 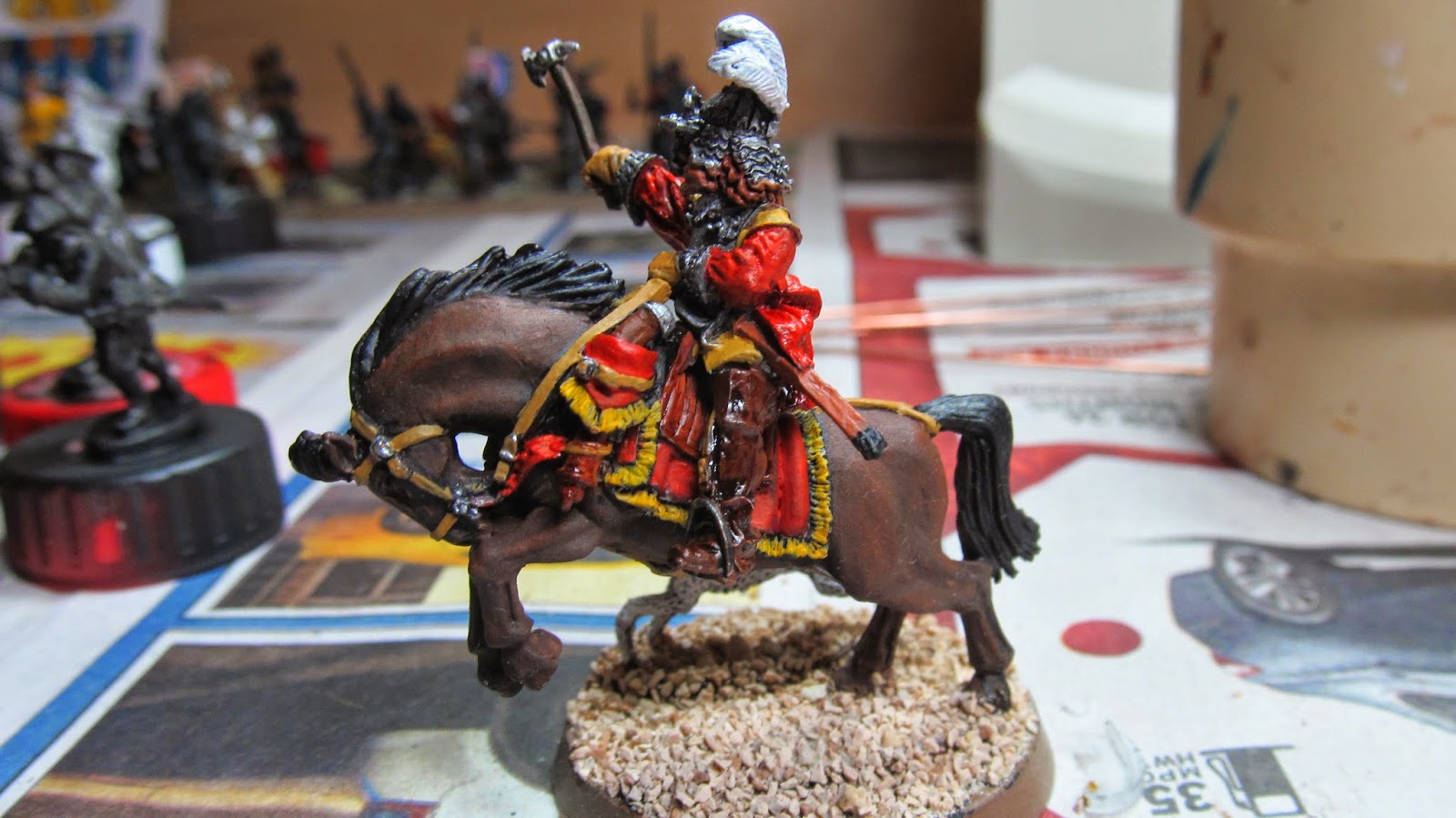 Whoops.  With this picture I noticed I forgot to paint the bottom of the scabbard gold. 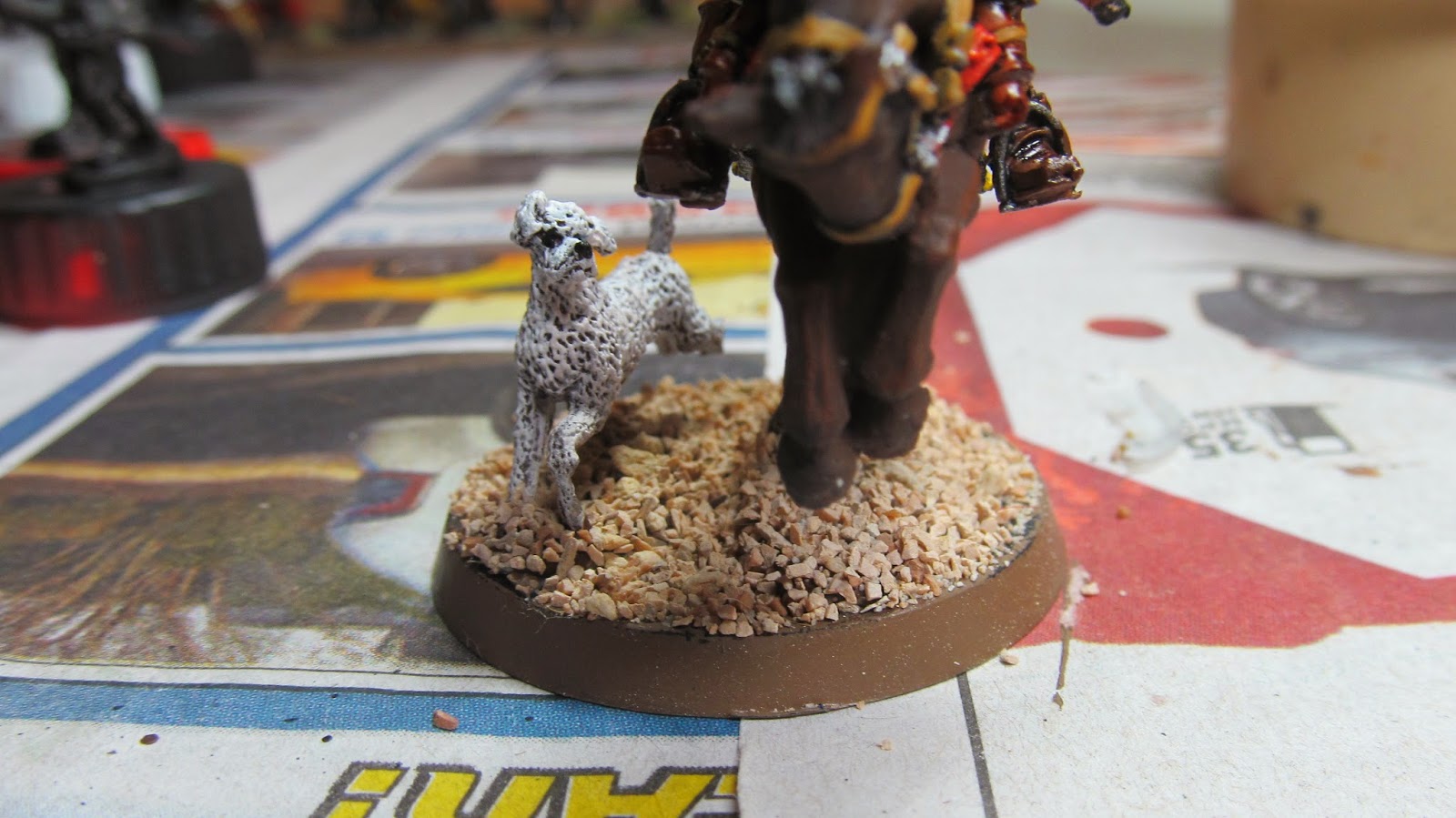