Musketeers for Montrose's Irish: A Sudden Replacement for WIP #2

I love flags. I love the aesthetics of gaming with miniature soldiers as they march across the field of battle on my dining room table. Most of all, I love my bride of 28 years who let me take a nap on Saturday. While drifting off to sleep, I had an inspiration for creating a different, "romantic" standard bearer to stir our hearts in anticipation of wild Gaels charging across the highlands and lowlands of Scotland making life miserable and down right deadly for many of my Campbell ancestors. 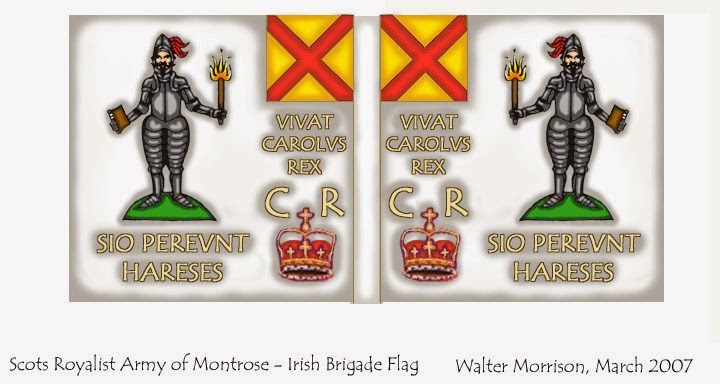 One of the wonderful flags from the Project Auldearn blog

With the wonderful flags available on the Project Auldearn 1645 blog, I knew I needed to get another one of them in the Irish regiment I was working on. One of the things I like with the hard plastic figures from Warlord Games is the ability to convert them. I had converted a marching pikeman into an ensign previously with Newcastle's Whitecoats. So why not do the same thing for the Irish? After adding a bonnet, snipping a pike for the flag and most importantly ADDING A BIG BROADSWORD SLUNG ACROSS HIS SHOULDER! Okay . . . I'm still a kid.

I have quite a few extra swords in sheaths from the Gripping Beast Plastic Viking box. A little super glue later and presto: Tough looking Ensign!  Sure there is no visible sling for this claymore of destruction - but it looks cool! 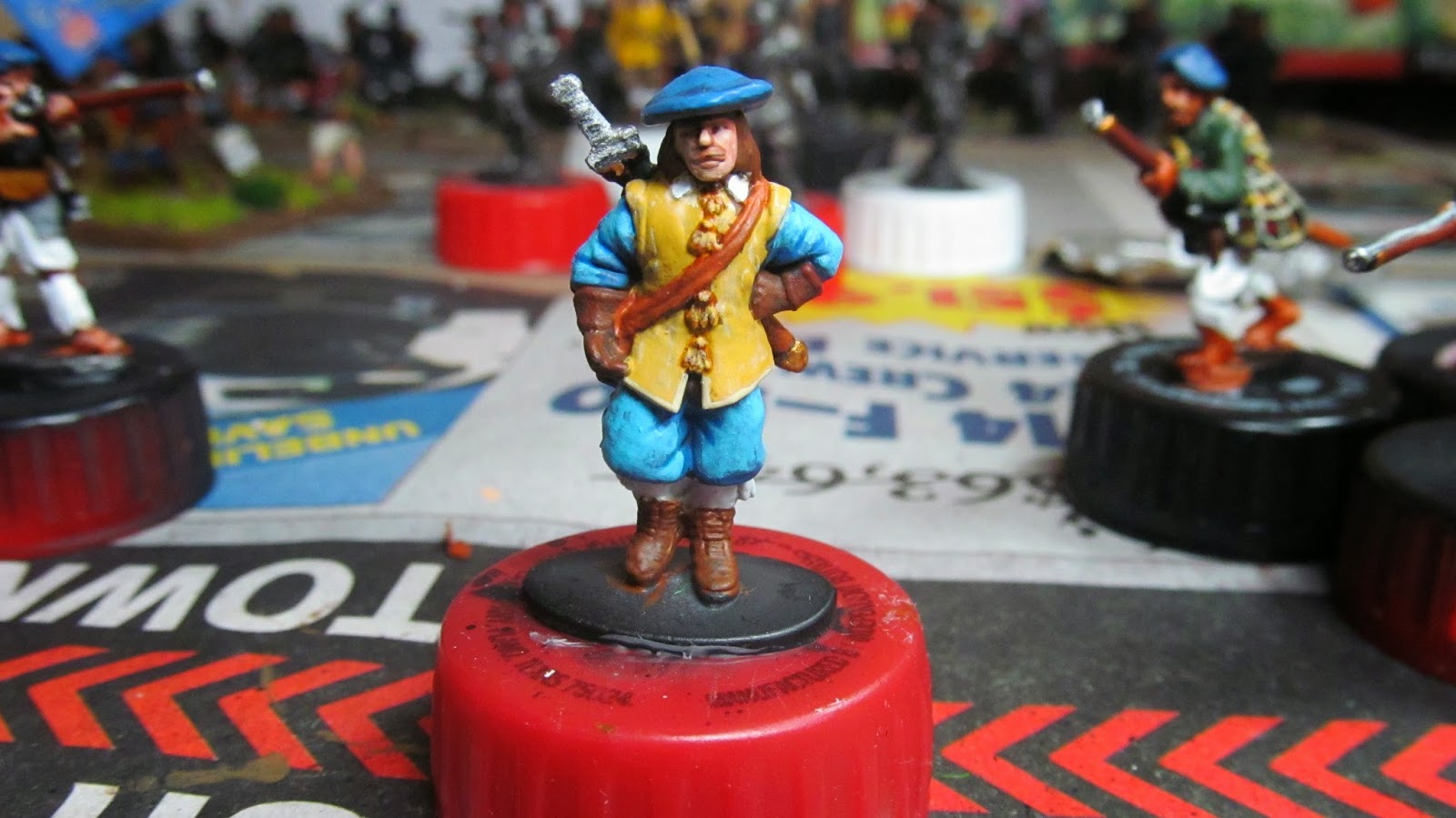 It is a little known fact of history that the Irish invented velcro. 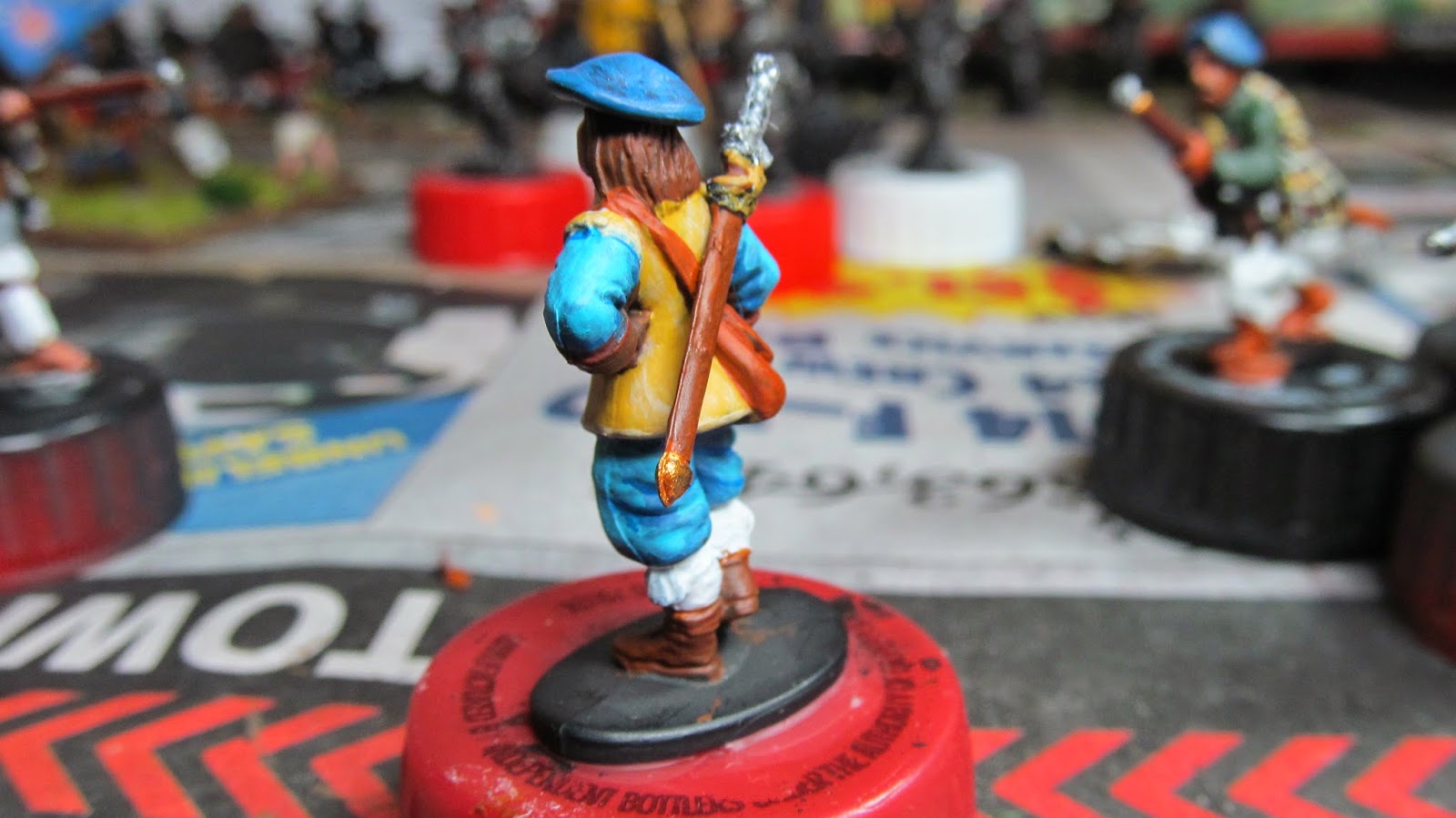 With addition of the new officer, I will save the replaced musketeer for the second unit of Irish I will paint. 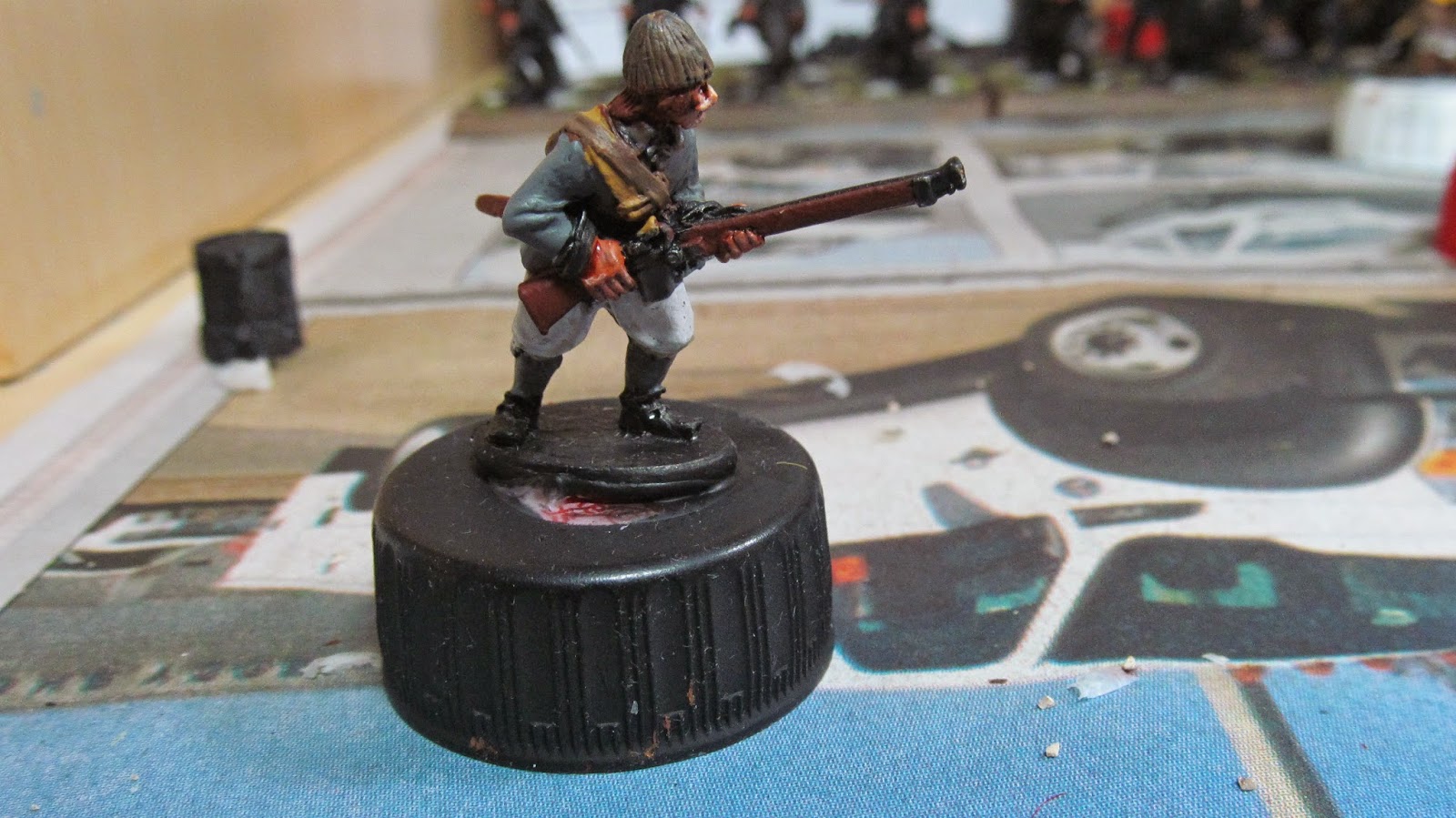 Sorry Aidan Guinness, it's down to the minor leagues for you! 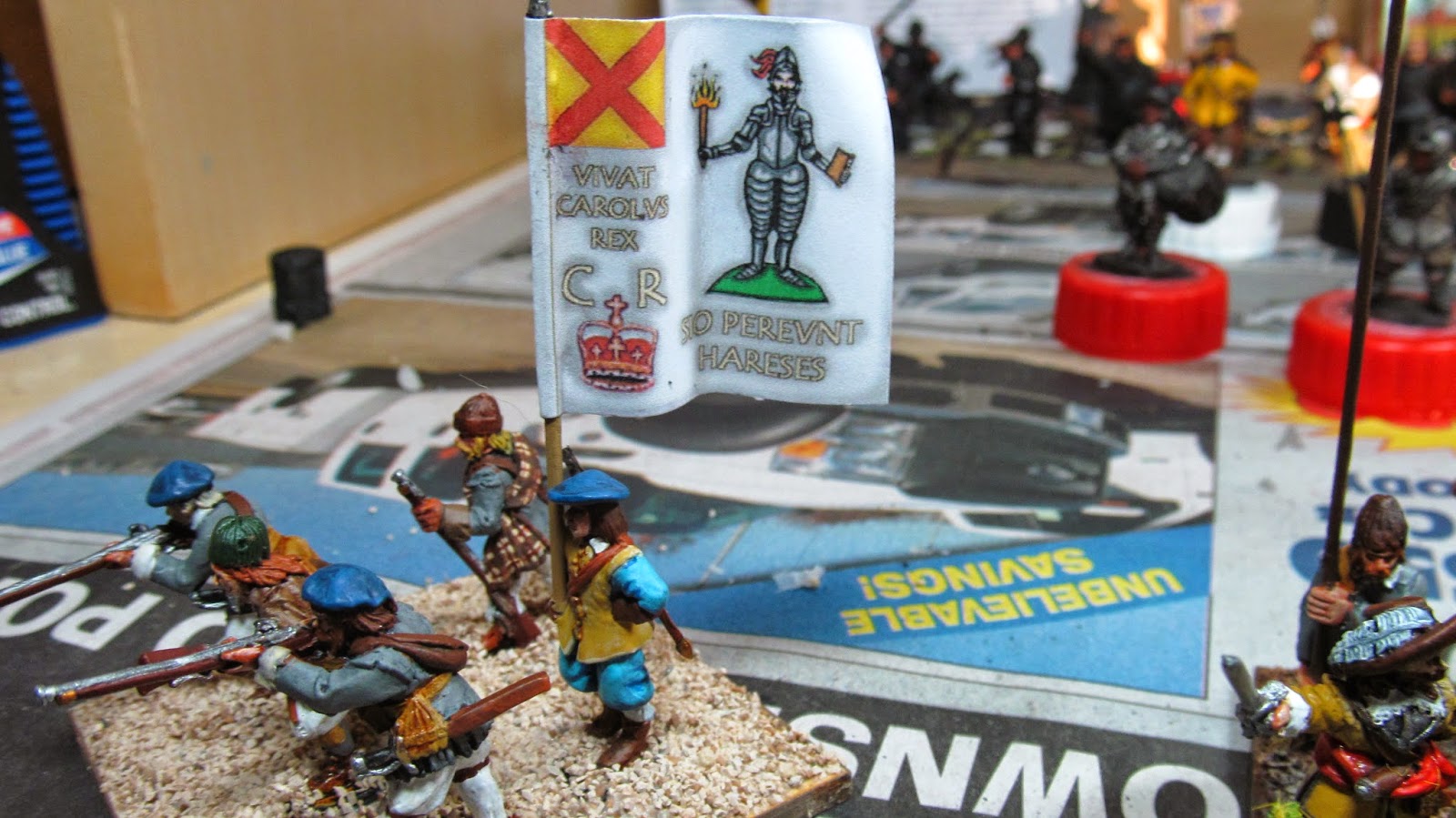 As mentioned earlier, the ECW Infantry boxed set from Warlord Games comes with a variety of headgear including bonnets. The pole for the flag is one of the pikes from the set that I shortened. I simply sized the flag on my computer and printed it out, folded it and added some white glue. While drying a bent it to get the effect of blowing in the wind. 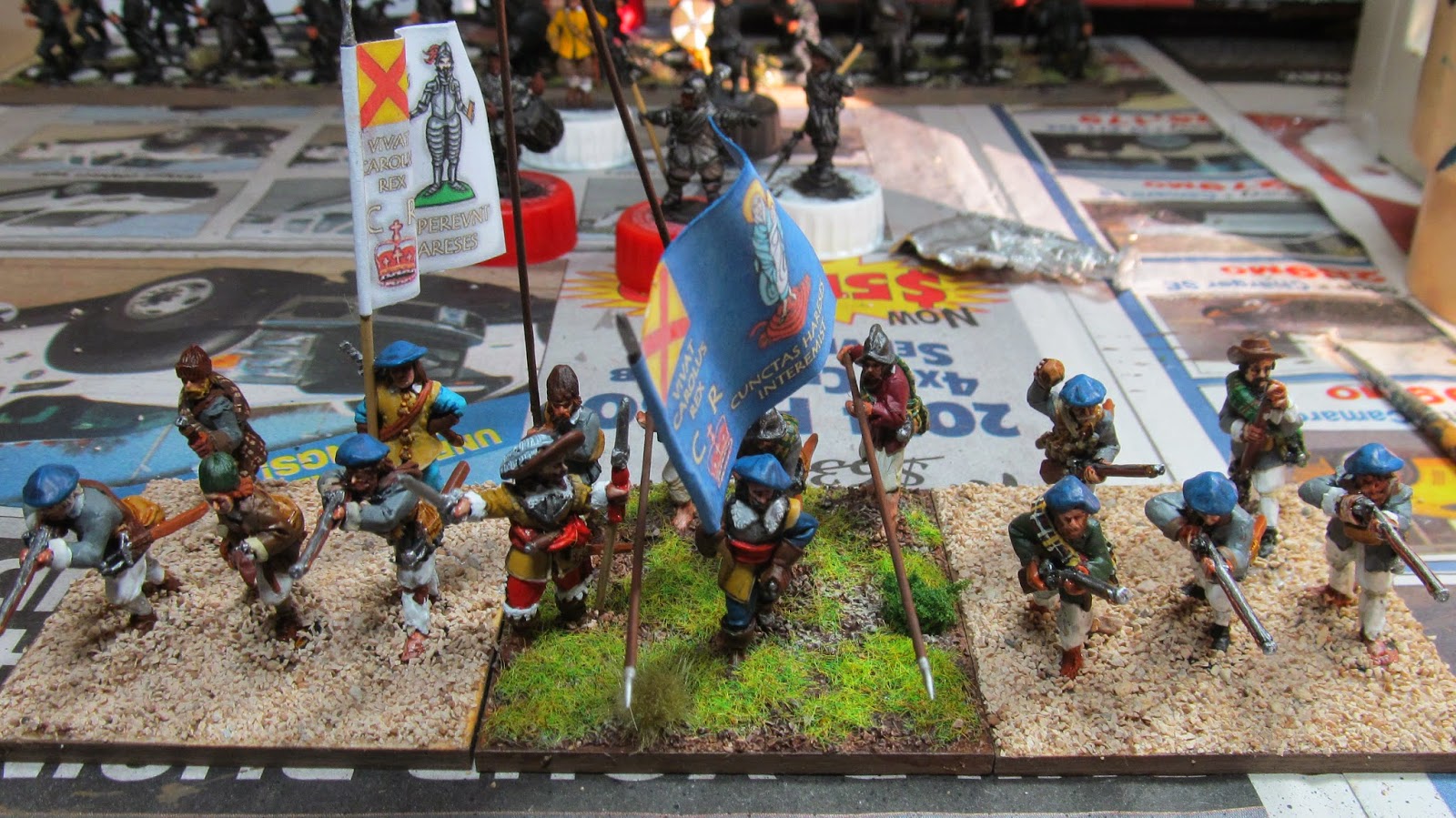 Here are the three element bases that will comprise the first unit. I still need to add another coat of watered down white glue to the sand before painting the musketeer bases. 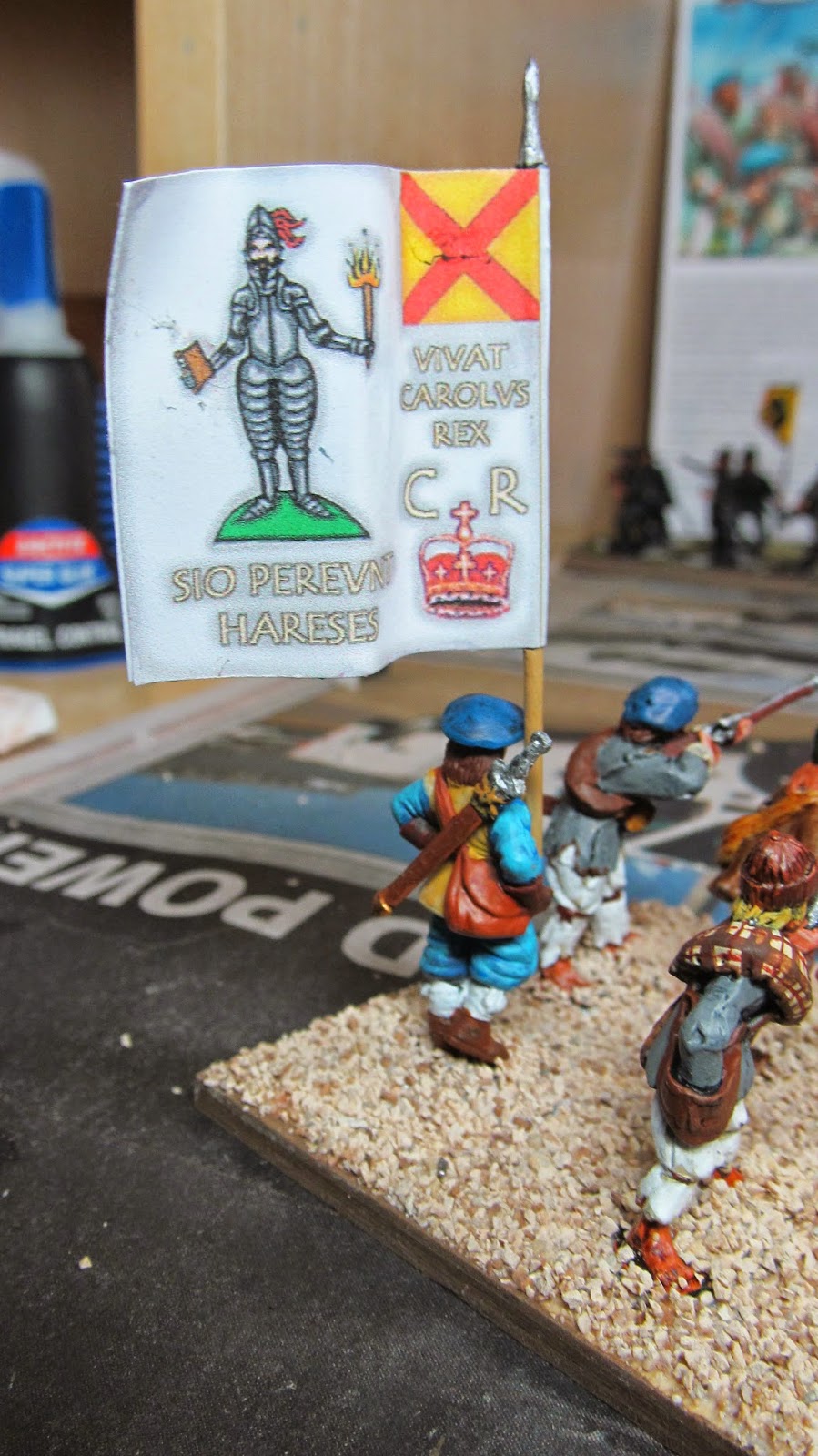