I live in Tuscaloosa, Alabama, USA which was hit by a devastating tornado on Wednesday. I'm a retired Army officer and it is the worst destruction I have ever seen. If you want to help, please send any donations to the American Red Cross.
Posted by Neil at April 29, 2011 2 comments:

Warmaster: The Battle of Five Armies 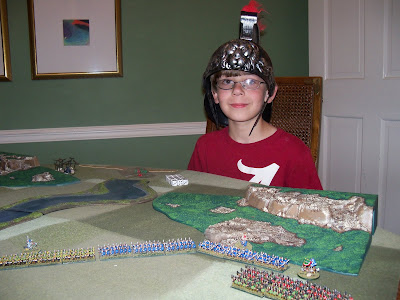 An all time favorite of mine returns with one of the most innovative gaming systems around. Yes, it's The Battle of Five Armies from the classic fantasy novel The Hobbit, by J. R. R. Tolkien. The game will be played using the Warmaster set of rules by Rick Priestly and published by Games Workshop. For a previous look at the GW's game click here. Here are a few preview pictures of the epic conflict of Good (Honorable Son # 5) and Evil (me - Bwah hah hah!). 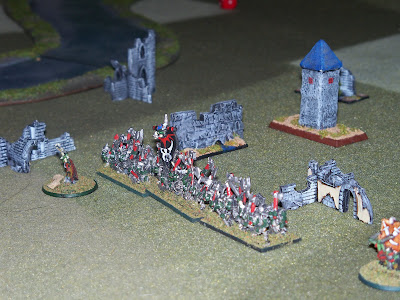 The Goblin Guard moves through the ruins of Dale 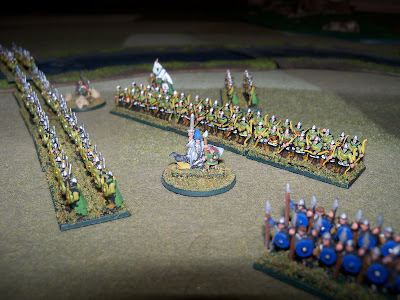 Gandalf (with Bilbo) steadies the nerve of the Forces of Good 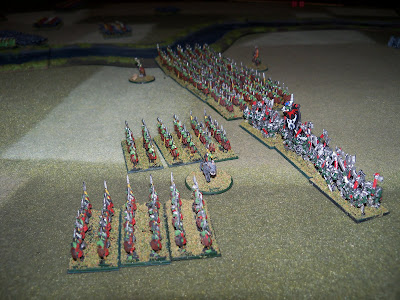 Goblin infantry advance on the west bank of the Running River 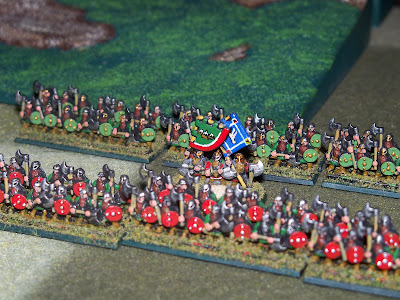 Dain Ironfoot and the Dwarven host 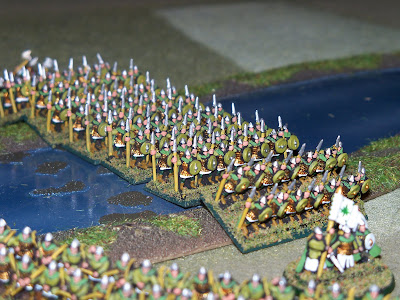 Thanduril, the King of the Elves of Mirkwood Forest, leads reinforcements over the ford at the Running River
Posted by Neil at April 14, 2011 No comments:

I haven't had a chance to work on the Anhalt Battalion, but I did find some more uniform references: 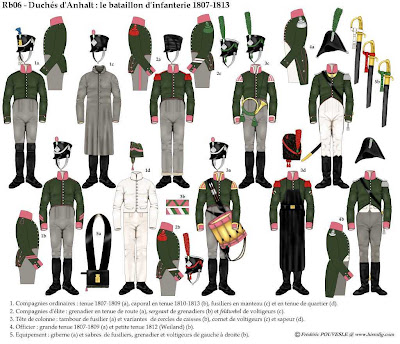 I found this on image on a French site called Empire Histofig. My French (actually lack of it) is not good so I have not been able to check the sources but the site looks really good with virtually all of the participants of the Napoleonic Wars.

I now have some more information on the drummers of the unit and I am going to not use the figure I started on but will substitute it for a drummer that I have that has swallow nests on the shoulders. The diagram above also has from 1809 the coat with green shoulder straps piped pink, pink cuffs with green flaps (rectangular 3 buttons) and green turn backs piped pink bearing pink eight-pointed star patch, vertical pockets simulated by a pink piping. So, it looks like my French grenadier figures will work for the Peninsula. Anyway, here are the details in English from the site:

The contingents from the three duchies were amalgamated in a single battalion of five musketeers companies. Following the Prussian system, each company is composed of :

In 1809 the Anhalt battalion was posted as 1st battalion in the 5th Rheinbund-Regiment and adopted the French organisation of one grenadiers, one voltigeurs and four fusiliers companies. Each company was composed of :