The bookseller Barnes and Noble started carrying Miniature Wargames with Battlegames about 2 years ago in the United States.

I'm trying to like the magazine.  I'm really, really trying.

The highlight is the monthly column by Neil Shuck of Meeples and Minatures fame. His knowledge of the hobby and industry, plus his insights as a game are always interesting, informative and entertaining.  I wish the same could be said of the rest of the magazine.

I acknowledge that the primary audience of the magazine is the UK game market. It's probably me, but generally most of the articles I do not find interesting or informative as it appears most of the articles are geared toward UK gaming clubs;  most of the scenarios and rules presented require a gazillion miniatures to play.  In addition there is, for my taste, too much coverage of UK gaming conventions. There is also alot of repetition of content.  One recnet example is the release of the miniature's board game The Great War from PSC games:

1. In the July 2015 issue Neil Shuck provides an impromptu review in his column. 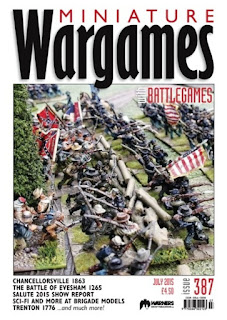 2. The August 2015 issue another review by Neil Shuck but with more depth. 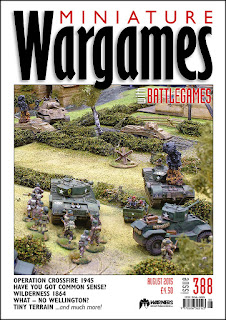 3. The September 2015 issue has an interview with Wil Townshend of PSC games about The Great War and in their Recce section of the same issue is another review of the game. 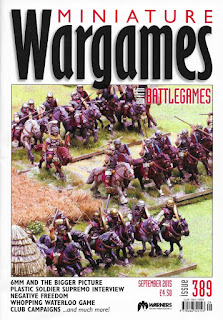 Score: 3 reviews of The Great War and one interview about the game in 3 issues.  I felt like I was reading the same magazine over and over again.

What? I have to work?

On September 28 by boss called me and asked, "Can you be in Minnesota tomorrow?"
"Yes ma'am."

The bottom line:  My painting and gaming activities for the rest of the year will almost be nil; thought we are planning some games of In Her Majesty's Name over the Thanksgiving holidays! 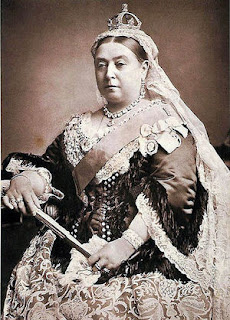